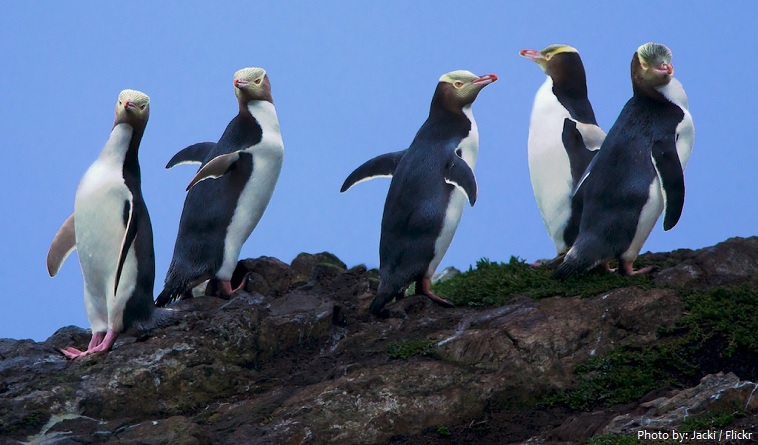 The yellow-eyed penguin (Megadyptes antipodes) or hoiho is a species of penguin.

This penguin species is native to New Zealand.

They are found in the southern regions of New Zealand, including Stewart Island, South Island, the Otago Peninsula and a few other islands in the same region.

These penguins are not migratory and stay in this range year round.

The yellow-eyed Penguin is often referred to as the rarest penguin in the world, although, unfortunately, there are others that could lay claim to that crown too: especially the Galapagos and Fiordland Penguins. 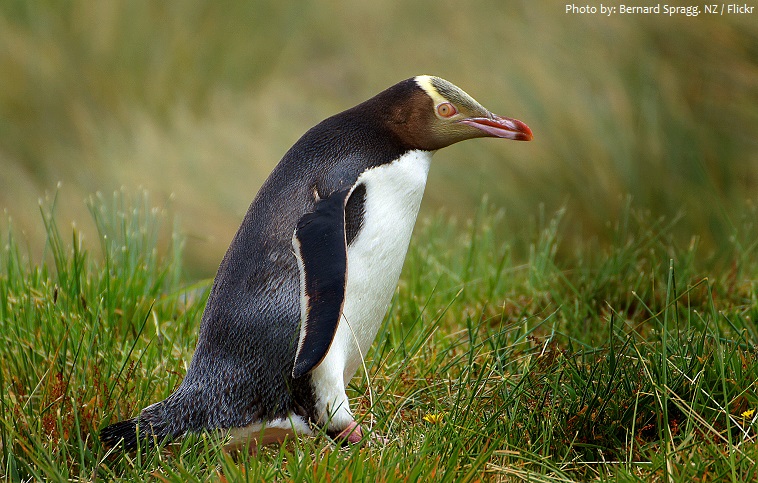 The yellow-eyed penguin may be long lived, with some individuals reaching 20 years of age. 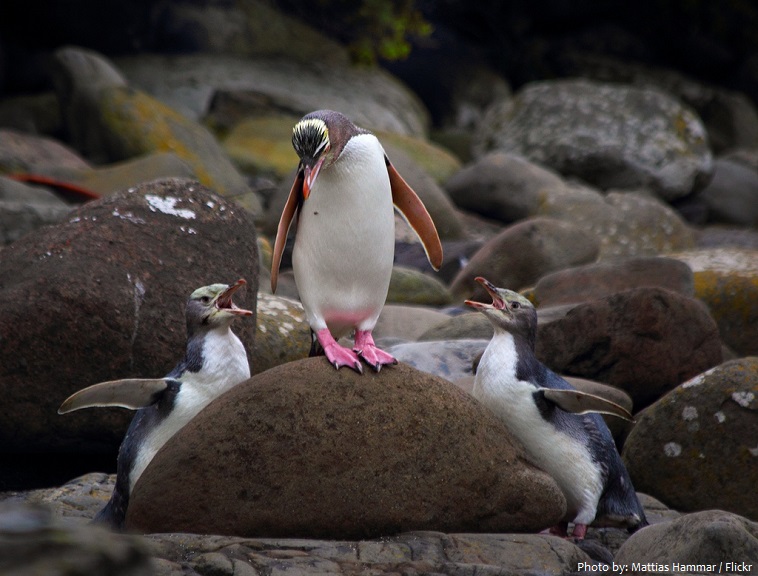 A defining trait of this particular penguin is their yellow eyes. The characteristic used to distinguish between adult and juvenile penguins is the presence of yellow plumage on the adult’s heads. Yellow feathers are not present on juvenile penguins until they molt, around the age of one.

Yellow-eyed penguins are known to be an almost exclusive benthic (the lowest level of a body of water) forager that searches for prey along the seafloor. Accordingly, up to 90% of their dives are benthic dives.

Around 90% of the yellow-eyed penguin’s diet is made up of fish, chiefly demersal species that live near the seafloor. Other 10% is made from cephalopods, squid and jellyfish. 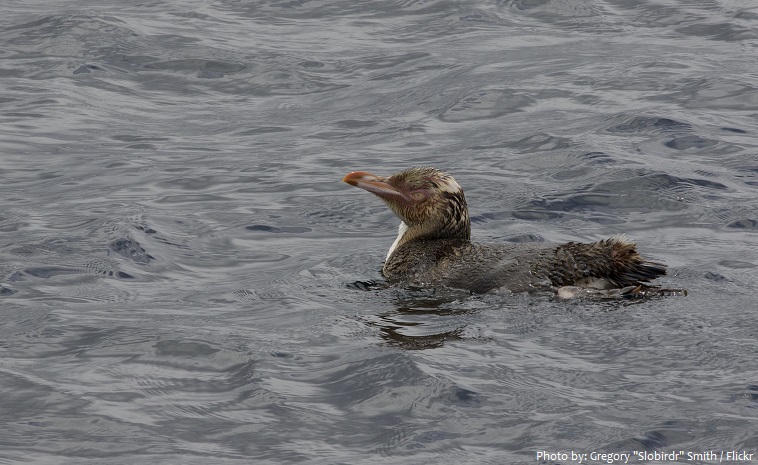 The yellow-eyed penguin is monogamous: a male has one female partner each breeding season.

Yellow-eyed penguins reproduce during the same breeding season, every year. Their breeding season starts in the middle of August and typically lasts 28 weeks. During this time, penguins find a mate and build a nest where they will lay and incubate their eggs.

They make a nest out of twigs, grass and leaves, carefully formed into a bowl shape. The chicks take 39 to 51 days to hatch and both parents share keeping the eggs warm. For the first six weeks after hatching, the chicks are guarded during the day by one parent while the other is at sea feeding. After the chicks are six weeks of age, both parents go to sea to supply food to their rapidly growing offspring. Chicks usually fledge in mid-February and are totally independent from then on. 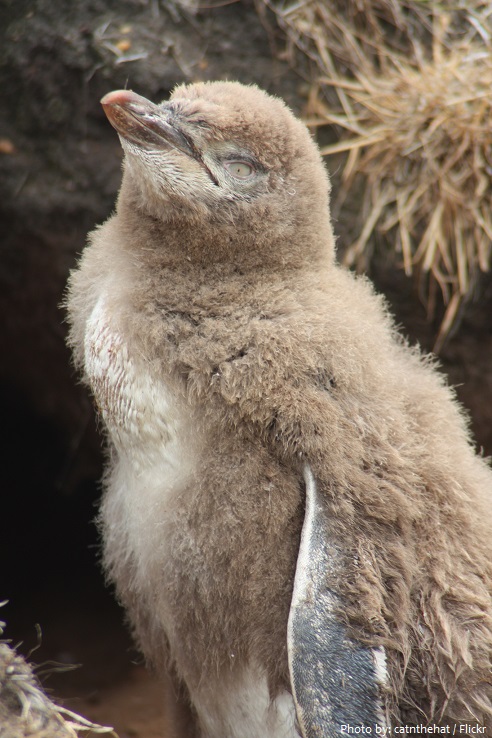 The yellow-eyed penguin was described by Jacques Bernard Hombron and Honoré Jacquinot in 1841 . The Māori name is hoiho.

Yellow-eyed penguins provide a positive impact on the New Zealand economy because of the tourism industrybuilt upon viewing them.

The yellow-eyed penguin may be the most ancient of all living penguins.

The yellow-eyed penguin appears on the reverse side of the New Zealand five-dollar note. 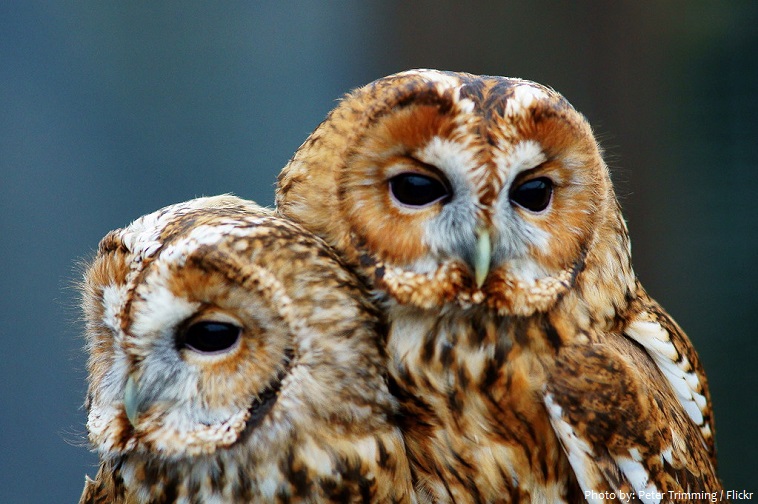 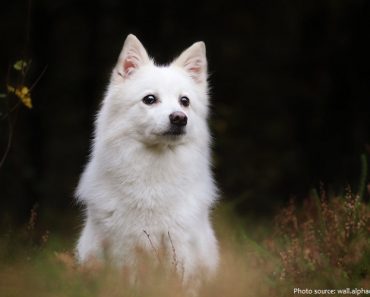