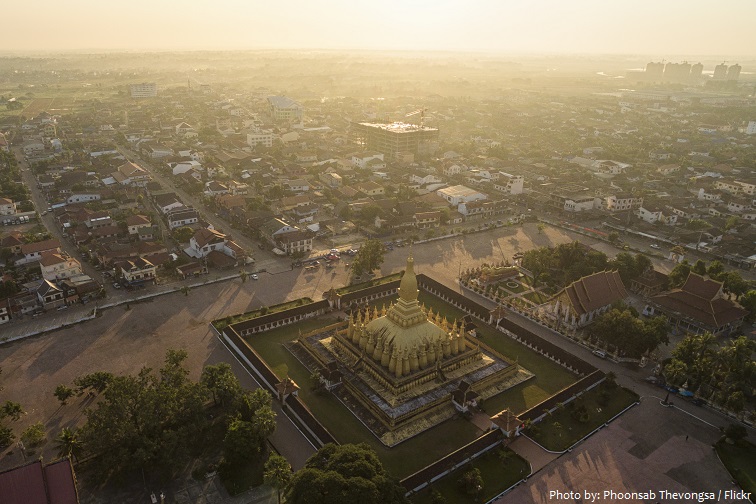 Vientiane is the capital and largest city of Laos.

It is situated on the banks of the Mekong River near the border with Thailand. 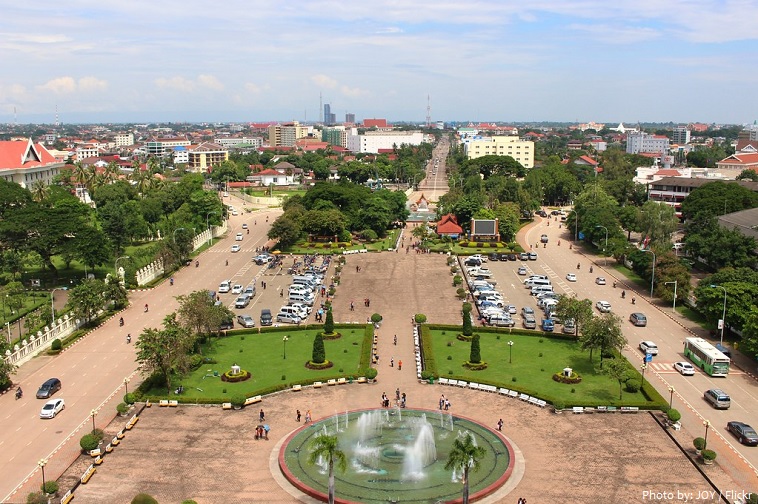 The town was founded during the late 13th century, and in the mid-16th century the capital of the Lao kingdom was moved to Vientiane from its previous traditional location at Luang Prabang (now Louangphrabang).

In 1778 Vientiane came under Siamese control and in 1828 it was sacked and destroyed when the subject Laotian king revolted against Siamese hegemony.

From 1899 to 1953, with the exception of the Japanese occupation (1945), Vientiane was in succession the seat of the French governor and the French administrative capital. 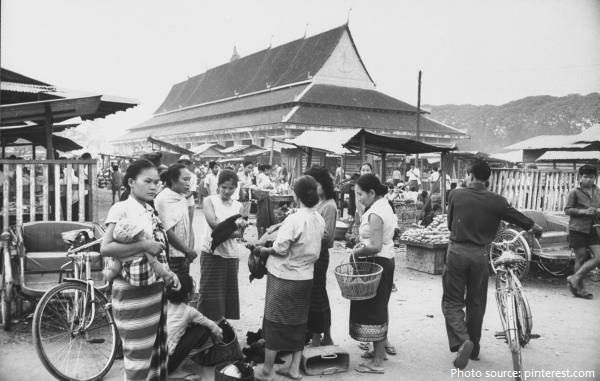 Pha That Luang is a gold-covered large Buddhist stupa in the centre of the city of Vientiane. Since its initial establishment, suggested to be in the 3rd century, the stupa has undergone several reconstructions as recently as the 1930s due to foreign invasions of the area. It is generally regarded as the most important national monument in Laos and a national symbol. 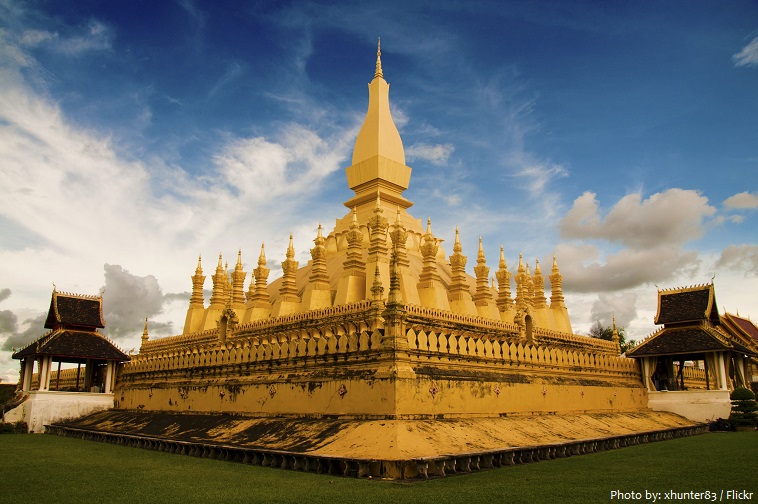 Patuxai is a war monument in the centre of Vientiane. It was built between 1957 and 1968. The Patuxai was dedicated to those who fought in the struggle for independence from France. In romanising the name from the Laotian language, it is variously transliterated as Patuxai, Patuxay, Patousai and Patusai. It is also called Patuxai Arch or the Arc de Triomphe of Vientiane as it resembles the Arc de Triomphe in Paris. However, it is typically Laotian in design, decorated with mythological creatures such as the kinnari (half-female, half-bird). 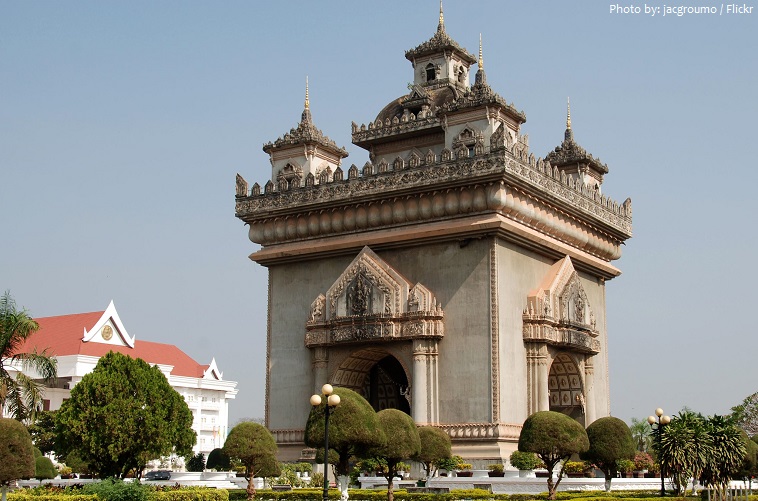 The Sacred Heart Cathedral, also called Vientiane Cathedral, is the name given to a Roman Catholic cathedral in the city of Vientiane, the capital of Laos. The temple is situated at the Rue de la Mission and near the French Embassy in Laos. The cathedral was built in 1928, when Laos was part of the French Indochina. 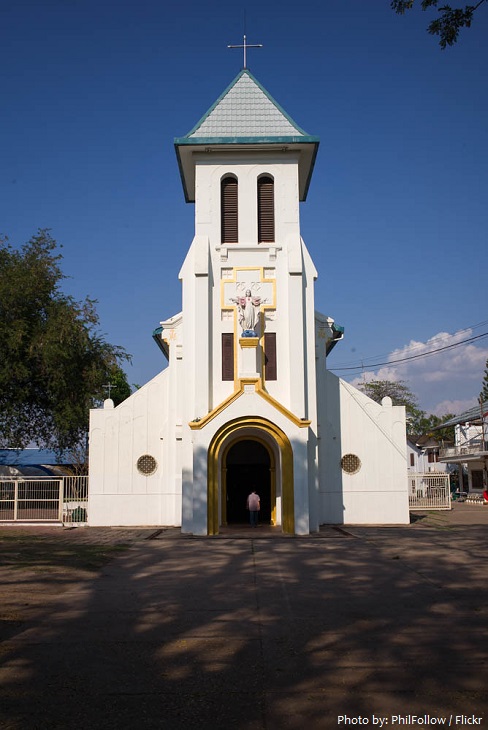 Wat Si Saket is a Buddhist wat in Vientiane. It is situated on Lan Xang Road, on the corner with Setthathirat Road, to the northwest of Haw Phra Kaew, which formerly held the Emerald Buddha. It was built in 1818 on the order of King Anouvong. 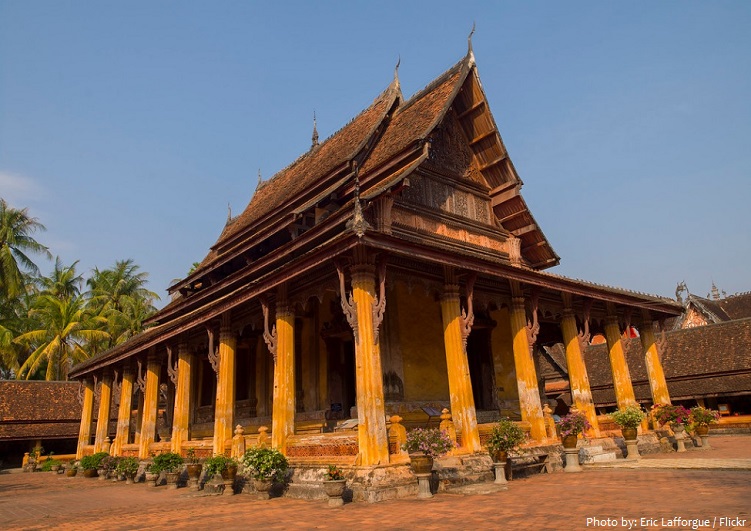 Wat Si Muang or Simuong is a Buddhist temple in Vientiane. The temple was built in 1563, in the former Kingdom of Lan Xang. A statue of King Sisavang Vong stands in front of Wat Simuang. Inside, the temple is unusual in being divided into two rooms. The front room is quiet, with a monk usually on hand to give blessings. The rear room houses the large main altar, with statues and images of the Buddha. 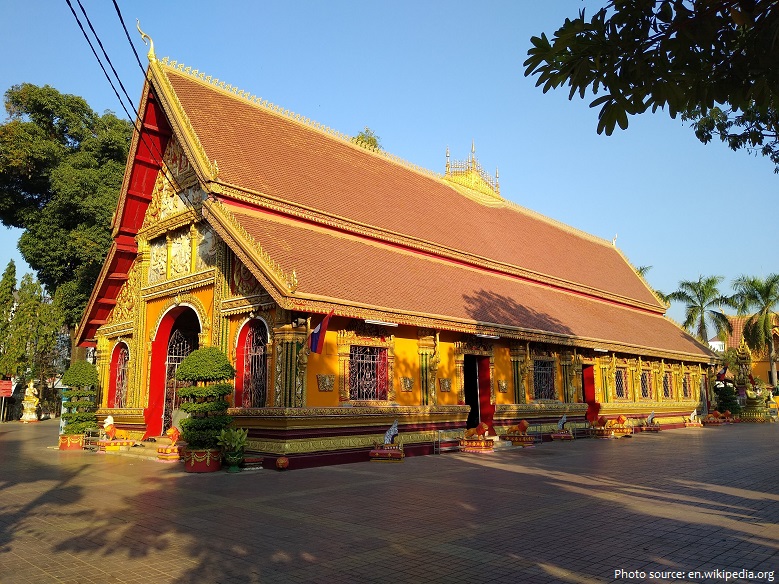 That Dam is a large stupa located in Vientiane. This monument is said to house a seven-headed Naga serpent who protects the citizens of Vientiane. 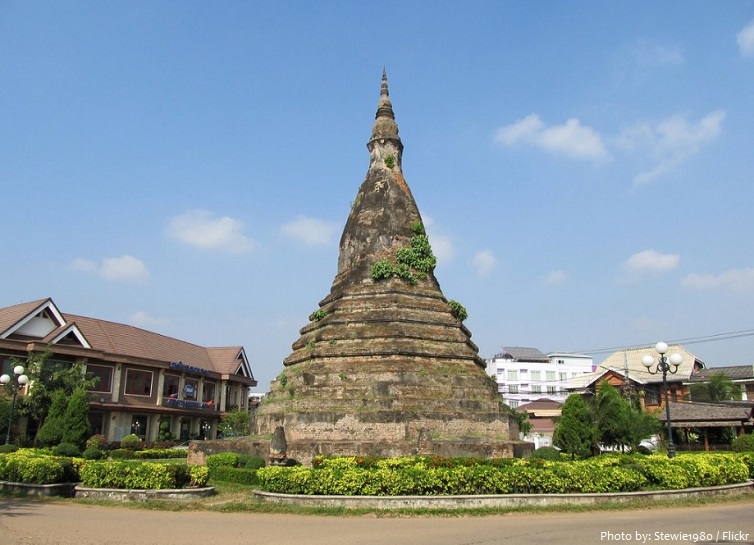 Vientiane Night Market is located along the scenic waterfront in the city. The market usually gets going around sunset and you can come here to buy a range of items like clothes, textiles, accessories, handicrafts, paintings and myriad souvenirs. 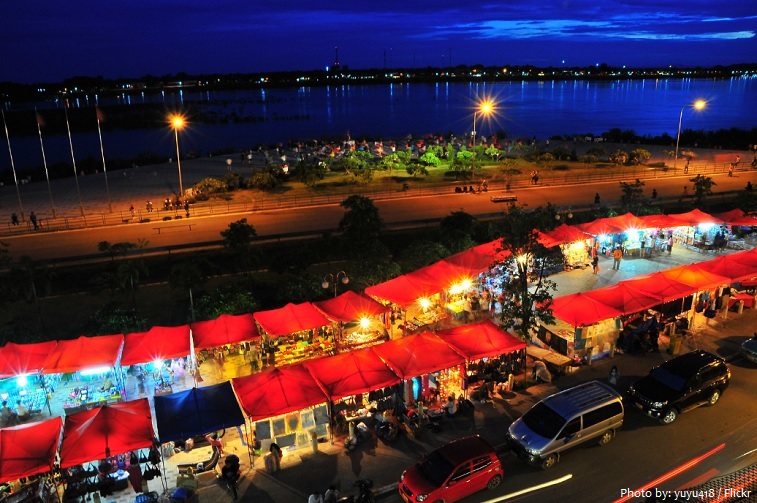 The Chao Anouvong Park is a beautiful park in Vientiane. It is located in the heart of the city, next to the banks of the Mekong River. Chao Anouvong is a Green Park suitable for walks, sport, do some shopping, and admire the majestic statue of the King Chao Anouvong. 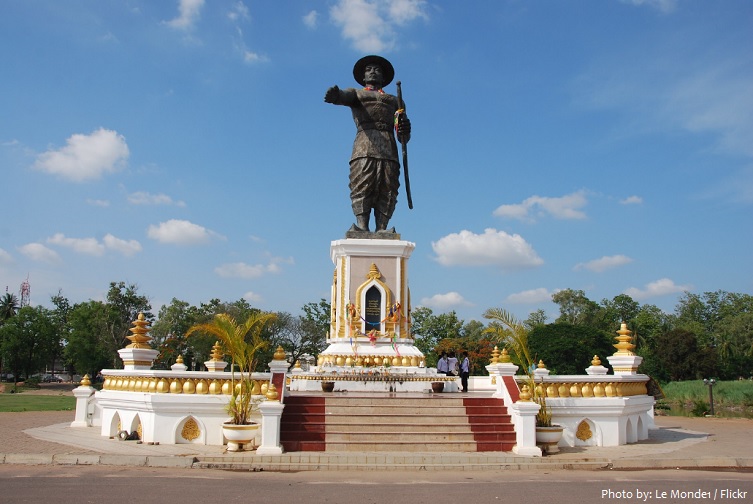 Buddha Park, also known as Xieng Khuan, is a sculpture park located 25 km (16 miles) southeast from Vientiane. Although it is not a temple (Wat), the park may be referred to as Wat Xieng Khuan since it contains numerous religious images. The name Xieng Khuan means Spirit City. The park contains over 200 Hindu and Buddhist statues. The socialist government operates Buddha Park as a tourist attraction and public park. 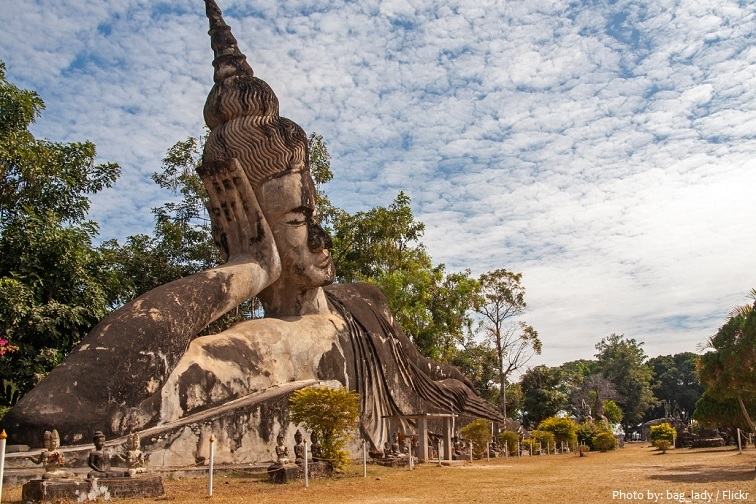 The name “Vientiane” is a French version of the city’s Lao name, Viang Chan, reflecting the difficulty the French had in pronouncing the Lao name. Viang means city (originally, walled settlement). The word chan has multiple potential meanings but is generally believed in this context to refer to sandalwood. 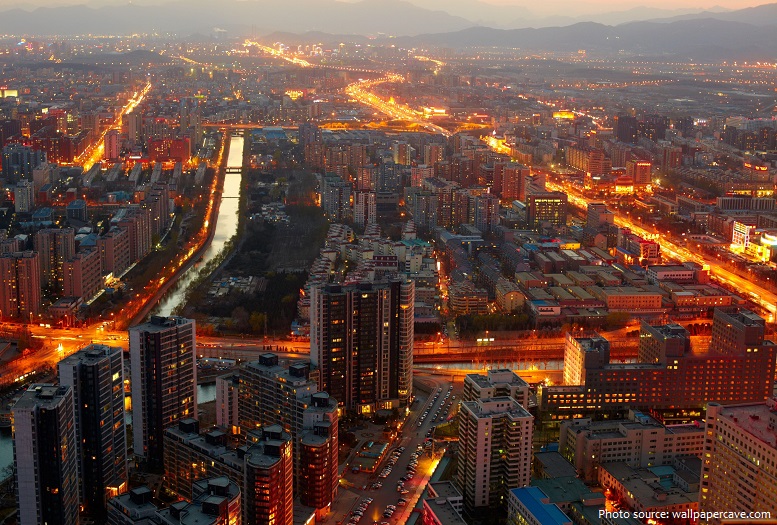 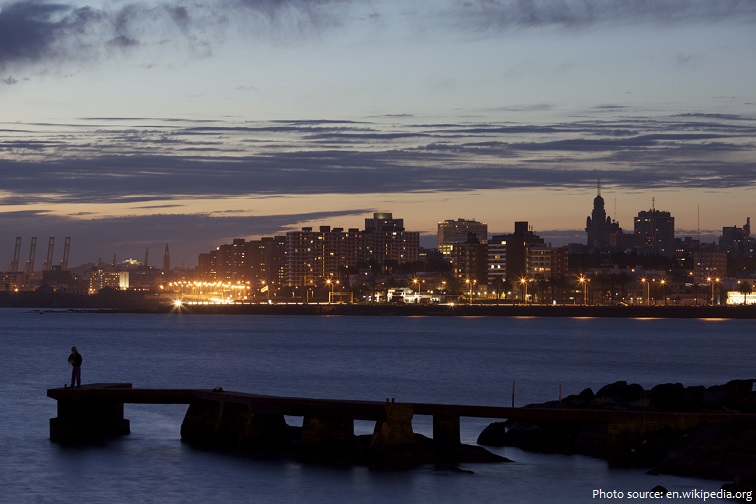