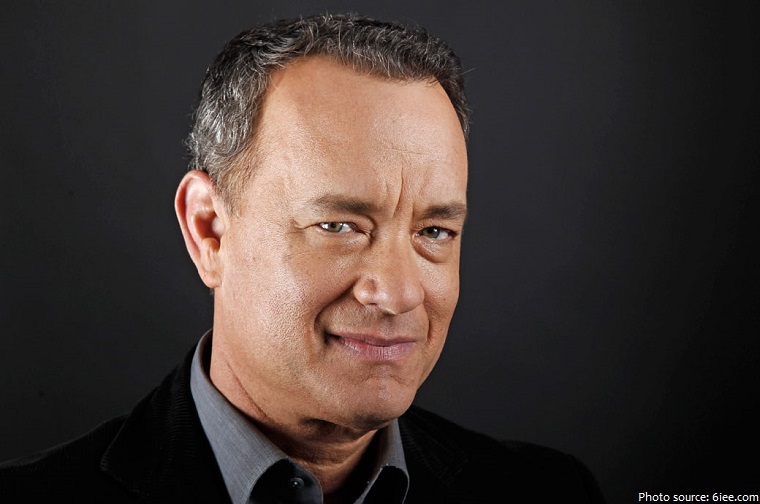 Tom Hanks is an American actor and filmmaker.

His parents were Janet Marylyn a hospital worker, and Amos Mefford Hanks, an itinerant cook.

His mother was of Portuguese descent, while his father had English and some German ancestry. 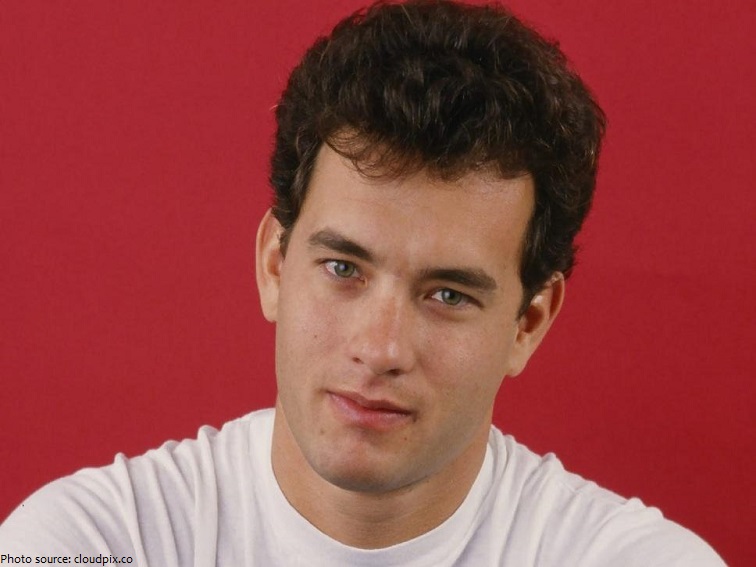 He quit his studies in 1977, accepting an internship offer from the Great Lakes Shakespeare Festival in Lakewood, Ohio.

In 1979, Hanks moved to New York City, where he made his film debut in the low-budget slasher film (a subgenre of horror films) He Knows You’re Alone (1980) and then gained widespread exposure with a starring role in the short-lived cult sitcom, “Bosom Buddies.”

Bosom Buddies and a guest appearance on a 1982 episode of Happy Days prompted director Ron Howard to contact Hanks. Howard was working on the film Splash (1984), a romantic comedy fantasy about a mermaid who falls in love with a human. At first, Howard considered Hanks for the role of the main character’s wisecracking brother, a role that eventually went to John Candy. Instead, Hanks landed the lead role in Splash, which went on to become a surprise box office hit, grossing more than US$69 million. 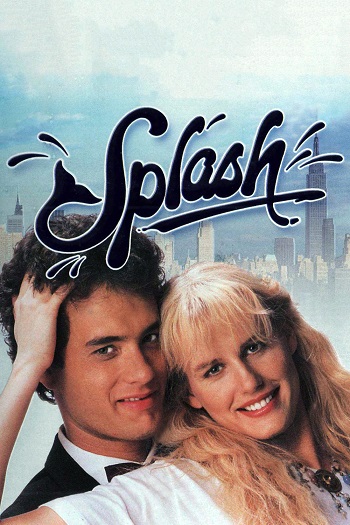 A string of panned films followed, most notably Bachelor Party (1984), The Man With One Red Shoe (1985), Volunteers (1985), The Money Pit (1986) and Dragnet (1987). Hanks managed to emerge relatively unscathed from these critical failures, as reviewers often pointed to his performance as the best thing about each movie.

The broad success with the fantasy-comedy Big (1988) established him as a major Hollywood talent, both as a box office draw and within the film industry as an actor. For his performance in the film, Hanks earned his first Academy Award nomination as Best Actor. 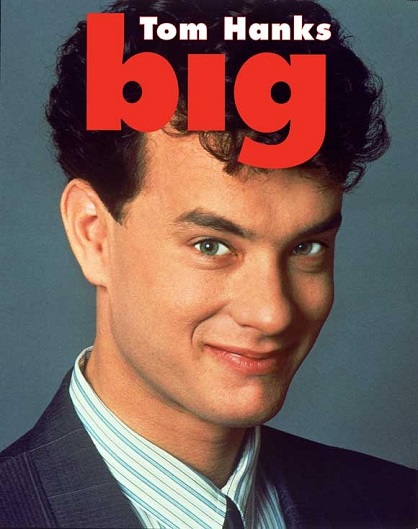 Hanks climbed back to the top again with his portrayal of a washed-up baseball legend turned manager in A League of Their Own (1992).

In 1993, Hanks emerged with two huge hits: Sleepless in Seattle, a romantic comedy written by Nora Ephron that rematched him with his Joe Versus the Volcano co-star Meg Ryan; and Philadelphia, co-starring Denzel Washington. In the latter film, Hanks played a lawyer fired from his high-paying firm because he has AIDS, delivering a courageous performance that earned him an Academy Award for best actor.

Hanks followed Philadelphia with the blockbuster Forrest Gump (1994) which grossed a worldwide total of over $600 million at the box office. Hanks won his second Best Actor Academy Award for his role in Forrest Gump, becoming only the second actor to have accomplished the feat of winning consecutive Best Actor Oscars. 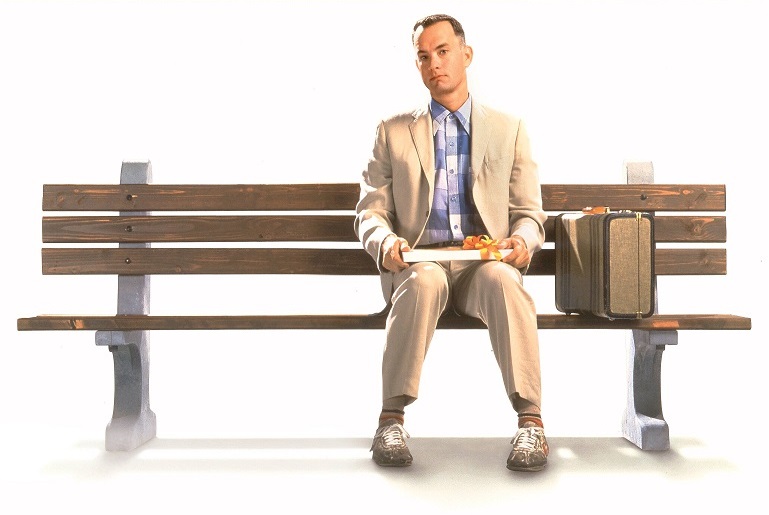 Hanks’ next role – astronaut and commander Jim Lovell, in the docudrama Apollo 13 (1995) – reunited him with Ron Howard. Critics generally applauded the film and the performances of the entire cast, which included actors Kevin Bacon, Bill Paxton, Gary Sinise, Ed Harris, and Kathleen Quinlan.

Also in 1995, Tom provided his voice for the cowboy Woody in the first full-length computer-animated
film ever “Toy Story”.

Hanks made his directing debut with his 1996 film That Thing You Do! about a 1960s pop group, also playing the role of a music producer.

Hanks then executive produced, co-wrote, and co-directed the HBO docudrama about the history of the U.S. space program, “From the Earth to the Moon.” The Emmy Award-winning project was, at US$68 million, one of the most expensive ventures undertaken for television.

After nearly two years of being absent from the big screen, Tom Hanks teamed up for the first time with Steven Spielberg for his highly-praised WWII drama Saving Private Ryan (1998) in which Tom was given a complex role and offered one of his finest screen performances, earning his fourth Academy Award nomination for Best Actor. 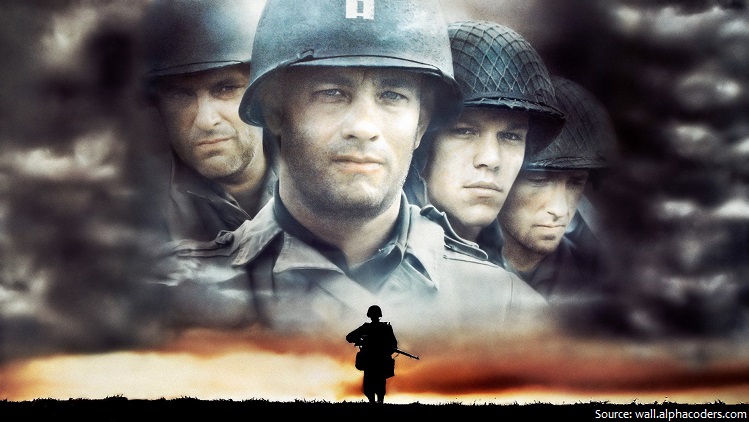 In 1999, Hanks starred in an adaptation of the Stephen King novel The Green Mile. He also returned as the voice of Woody in Toy Story 2, the sequel to Toy Story.

Entering the new millennium, Tom Hanks collaborated with Forrest Gump director Robert Zemeckis for Cast Away (2000). He won a Golden Globe for Best Actor and an Academy Award nomination for his portrayal of a marooned FedEx systems analyst in Cast Away. 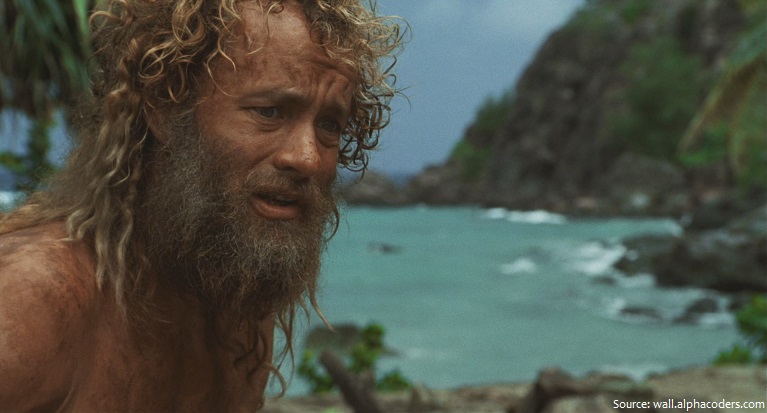 Tom returned to film with an atypical role in 2002 in Road to Perdition, where he was cast as Michael Sullivan, a 1930s Chicago gangster seeking revenge for the death of family members, and co-starred with legend Paul Newman.

Also in 2002, Hanks collaborated once again with director Spielberg, starring opposite Leonardo DiCaprio in the hit biographical crime drama Catch Me If You Can, based on the true story of Frank Abagnale, Jr.

In 2004, he appeared in three films: The Coen brothers’ The Ladykillers, another Spielberg film, The Terminal, and The Polar Express, a family film from Zemeckis for which Hanks played multiple motion capture roles.

Hanks next starred in the highly anticipated film The Da Vinci Code, based on the best-selling novel by Dan Brown. The film was released May 19, 2006, in the U.S. and grossed over US$750 million worldwide. 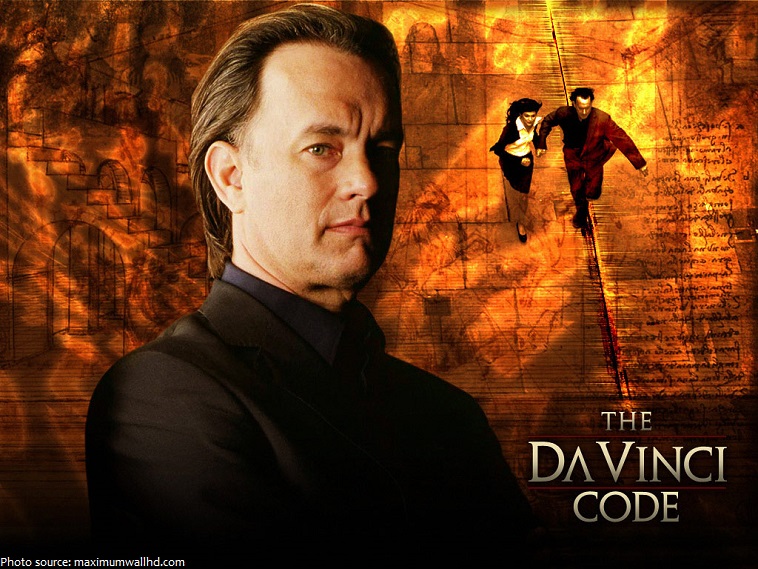 Hanks’ next endeavor, released on May 15, 2009, was a film adaptation of Angels & Demons, based on the novel of the same name by Dan Brown.

Hanks went on to perform voiceover work for the acclaimed TV miniseries The Pacific (2010, narrator) and the animated Toy Story 3 (2010), later starring in such films as Extremely Loud & Incredibly Close (2011) and Cloud Atlas (2012).

In 2013, Hanks starred in two critically acclaimed films — Captain Phillips and Saving Mr. Banks — which each earned him praise, including nominations for the BAFTA Award for Best Actor in a Leading Role and the Golden Globe Award for Best Actor – Motion Picture Drama for the former role. 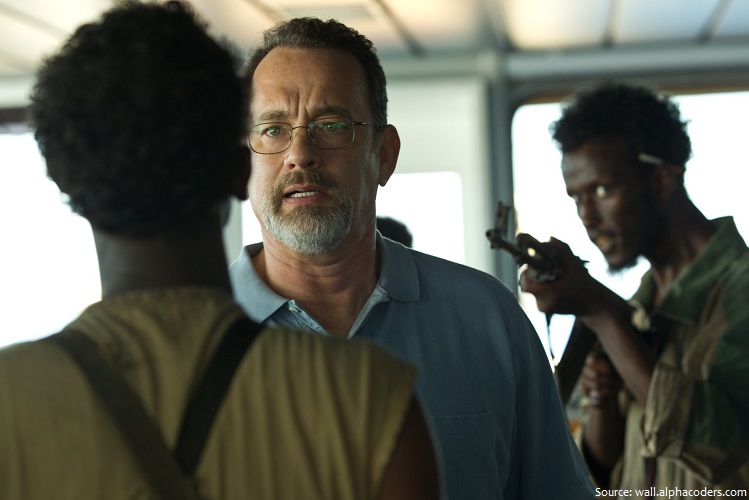 His next film was the Steven Spielberg-directed historical drama Bridge of Spies (2015), in which he played lawyer James B. Donovan who negotiated for the release of pilot Francis Gary Powers by the Soviet Union in exchange for KGB spy Rudolf Abel.

Hanks starred as airline captain Chesley Sullenberger in Clint Eastwood’s Sully, which was released in September 2016. He reprised his role as Robert Langdon in Inferno (2016), and co-star alongside Emma Watson in the science fiction drama The Circle (2017).

At the age of 45, Hanks became the youngest-ever recipient of the American Film Institute’s Life Achievement Award on June 12, 2002

In 2004, he received the Stanley Kubrick Britannia Award for Excellence in Film from the British Academy of Film and Television Arts (BAFTA).

In 2014, he received a Kennedy Center Honor and, in 2016, he received a Presidential Medal of Freedom from President Barack Obama, as well as the French Legion of Honor.

Hanks’ films have grossed more than $4.5 billion at U.S. and Canadian box offices and more than $9.0 billion worldwide, making him the third highest-grossing actor in North America.

Tom Hanks has an estimated net worth of $350 million. 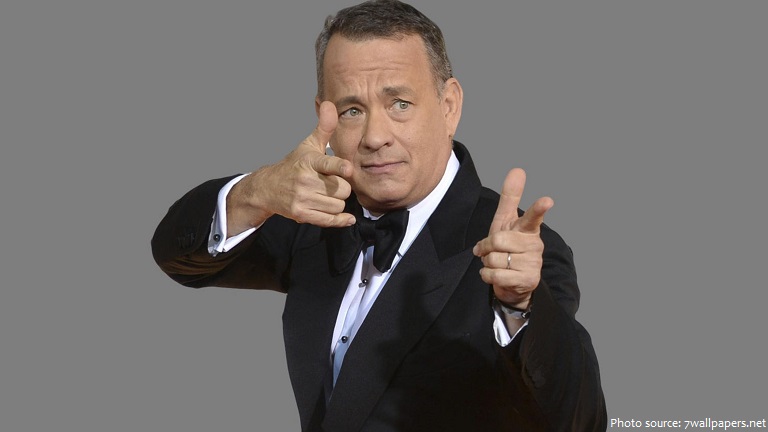 Hanks was married to American actress Samantha Lewes from 1978 until they divorced in 1987. Together, the couple had two children: son Colin (born 1977) and daughter Elizabeth (born 1982).

Before marrying Rita Wilson, Hanks converted to the Greek Orthodox Church, the religion of Wilson and her family.

Tom Hanks is also a seventh cousin, once removed, of actor George Clooney (Catherine and John Hanks were the seven times great-grandparents of Clooney).

He gained weight for and later lost 55 pounds (25 kilograms) playing Chuck Noland in Cast Away (2000).

Hanks is a fan of English Premier League soccer team Aston Villa and was presented with a shirt on a TV show with the print ‘Hanks 1’ on the back.

Hanks enjoys collecting typewriters, purchasing over 80 of them around the globe. His interest in them generated an idea for an iPad application that he developed called Hanx Writer, that simulates antique typewriters sound and feel. It was very successful and made it to to top list on Appstore in August 2014.

The asteroid “12818 tomhanks” was named after him.