The Van Gogh Museum is an art museum in Amsterdam in the Netherlands dedicated to the works of Vincent van Gogh and his contemporaries.

The museum is located at the Museum Square in the borough Amsterdam South, close to the Stedelijk Museum, the Rijksmuseum, and the Concertgebouw.

The museum’s collection is the largest collection of Van Gogh’s paintings and drawings in the world.

The history of the Van Gogh Museum’s architecture is an interesting one. The main building, designed by Gerrit Rietveld, opened in 1973. Architect Kisho Kurokawa’s exhibition wing was completed in 1999. Other designers have also contributed to the rebuilding and renovation of the building. 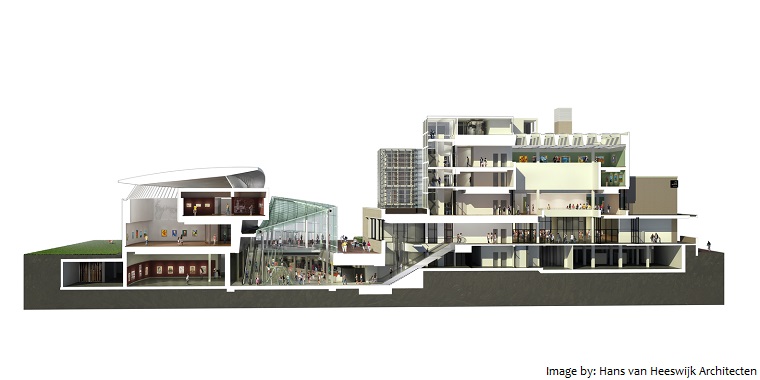 The museum’s permanent collection is on display in the main building designed by the architect Gerrit Rietveld in 1963-64. Rietveld’s modernist vision stressed geometric shapes and light, open spaces. This is particularly evident in the staircase in the central hall, where the daylight streams into the museum galleries through a high skylight. 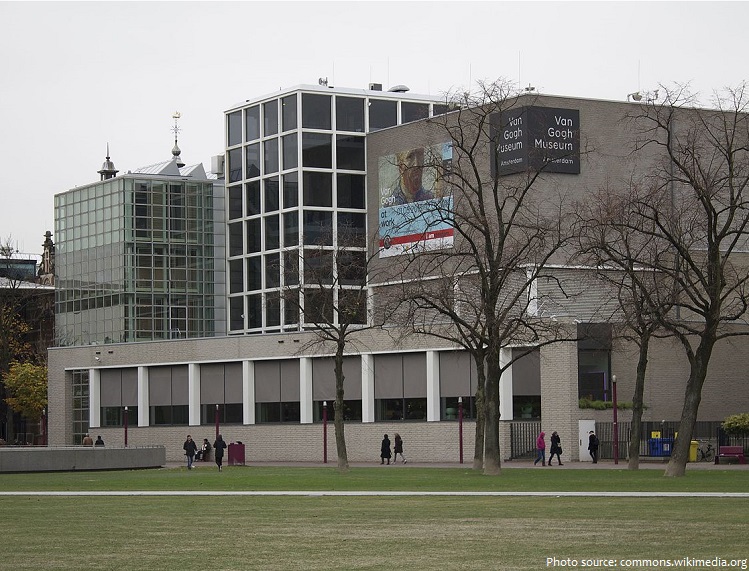 Kisho Kurokawa designed the museum’s exhibition wing, which opened in 1999. Kurokawa was known above all for his original designs for Japanese museums and for Kuala Lumpur airport. All his major design principles are reflected in the exhibition wing—for example, the symbiosis between environment and architecture, and between Japanese and European culture. As a contrast to Rietveld’s cube, Kurokawa opted for asymmetry—the building is elliptical and the box-shaped print room is at an angle to the axis of the wing. 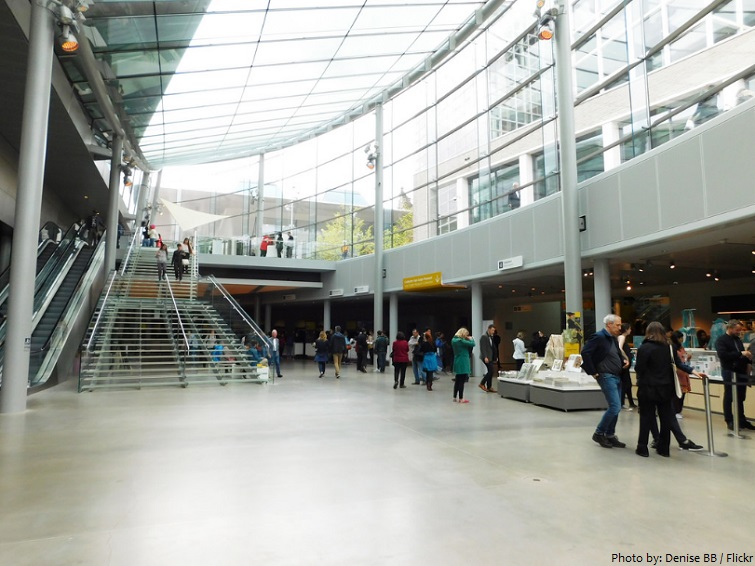 The story of Van Gogh’s art is told throughout the galleries, not only giving a permanent position to his paintings but also to his drawings and letters. Important aspects of Van Gogh’s art are highlighted and studied through varying themes.

Van Gogh’s ambition to paint farmers, his search for color and his personal interpretation of nature are given a prominent place in the museum, naturally featuring highlights like The Potato Eaters, Bedroom in Arles, Sunflowers, Almond Blossom and Irises.

The Potato Eaters is an oil painting by Vincent van Gogh painted in April 1885 in Nuenen. The painting had to depict the harsh reality of country life, so he gave the peasants coarse faces and bony, working hands. He wanted to show in this way that they ‘have tilled the earth themselves with these hands they are putting in the dish … that they have thus honestly earned their food’. For this painting Van Gogh deliberately chose a difficult composition to prove he was on his way to becoming a good figure painter. 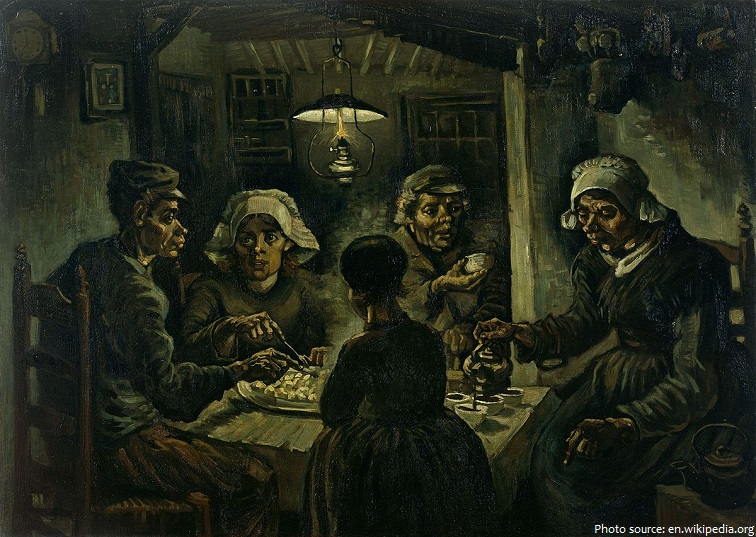 Bedroom in Arles is the title given to each of three similar paintings by Vincent van Gogh. The painting depicts van Gogh’s bedroom at 2, Place Lamartine in Arles, Bouches-du-Rhône, France, known as the Yellow House. He prepared the room himself with simple furniture and with his own work on the wall. Van Gogh’s own title for this composition was simply The Bedroom. 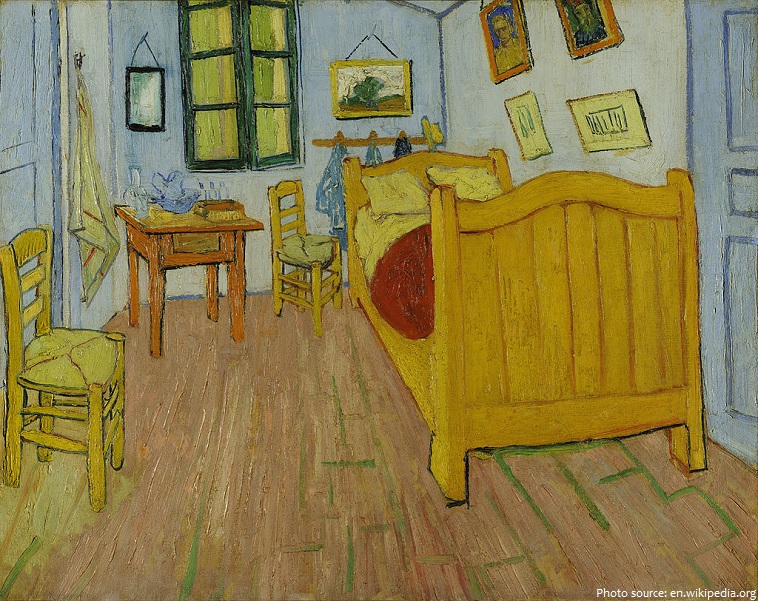 Van Gogh’s paintings of Sunflowers are among his most famous. He did them in Arles, in the south of France, in 1888 and 1889. Vincent painted a total of five large canvases with sunflowers in a vase, with three shades of yellow “and nothing else.” In this way, he demonstrated that it was possible to create an image with numerous variations of a single colour, without any loss of eloquence. The sunflower paintings had a special significance for Van Gogh: they communicated ‘gratitude’, he wrote. He hung the first two in the room of his friend, the painter Paul Gauguin, who came to live with him for a while in the Yellow House. 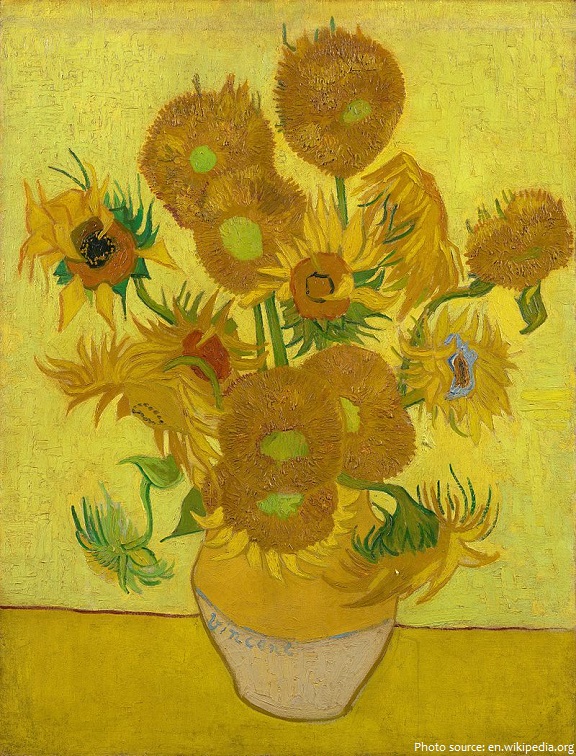 Almond Blossoms is a group of several paintings made in 1888 and 1890 by Vincent van Gogh in Arles and Saint-Rémy, southern France of blossoming almond trees. Large blossom branches like this against a blue sky were one of Van Gogh’s favourite subjects. Almond trees flower early in the spring making them a symbol of new life. Almond Blossom was made to celebrate the birth of his nephew and namesake, son of his brother Theo and sister-in-law Jo. 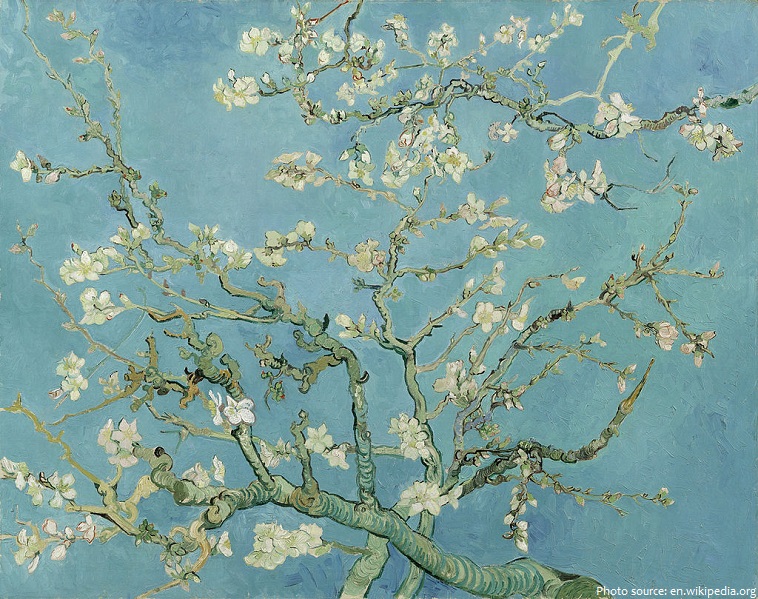 Irises is one of several paintings of irises by the Dutch artist Vincent van Gogh, and one of a series of paintings he executed at the Saint Paul-de-Mausole asylum in Saint-Rémy-de-Provence, France, in the last year before his death in 1890. 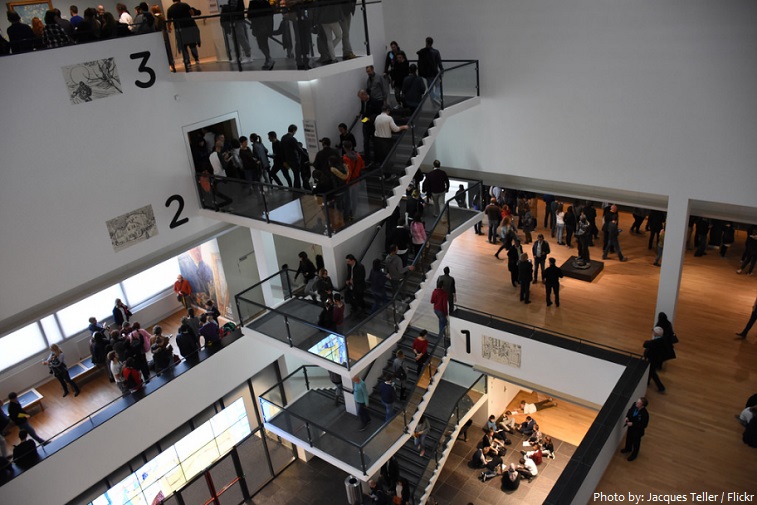 In 1991, in one of the largest but shortest-lived art thefts twenty paintings were stolen from the museum. Although the thieves escaped from the building, 35 minutes later all stolen paintings were recovered from an abandoned car. Three paintings – Wheatfield with Crows, Still Life with Bible, and Still Life with Fruit – were severely torn during the theft. The thieves made their selection mostly from among van Gogh’s more valuable later works. Among those stuffed in the garment bags were a self-portrait, a view of his room in the asylum in St.-Remy, and versions of his sunflower and iris still lifes. Four men, including two museum guards, were convicted for the theft and given six or seven-year sentences. It is considered to be the largest art theft in the Netherlands since the Second World War.

In 2002, two paintings were stolen from the museum, Congregation Leaving the Reformed Church in Nuenen and View of the Sea at Scheveningen. Two Dutchmen were convicted for the theft to four-and-a-half-year sentences, but the paintings were not immediately recovered. The museum offered a reward of €100,000 for information leading to the recovery of the paintings. The FBI Art Crime Team listed the robbery on their Top Ten Art Crimes list, and estimates the combined value of the paintings at US$30 million. In September 2016, both paintings were discovered by the Guardia di Finanza in Naples, Italy. The two artworks were found in a “relatively good state”, according to the Van Gogh Museum.