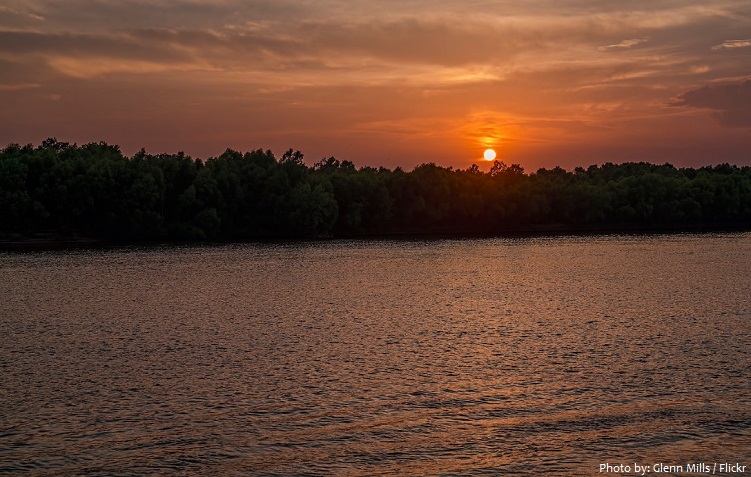 The Red River, also called the Red River of the South, is a major river in the Southern United States.

This river rises in two branches in the Texas Panhandle and flows east, where it acts as the border between the states of Texas and Oklahoma. It forms a short border between Texas and Arkansas before entering Arkansas, turning south near Fulton, and flowing into Louisiana, where it flows into the Atchafalaya River, which flows south to Atchafalaya Bay and the Gulf of Mexico. 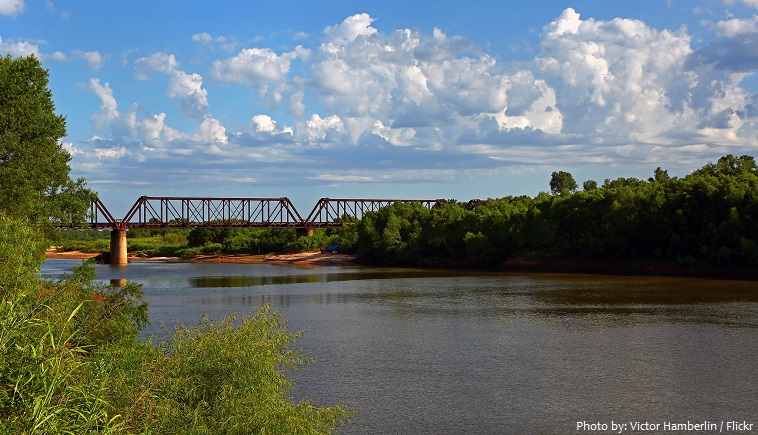 The drainage basin of the river covers an area of 169,890 square kilometers (65,595 square miles). It is the second largest river basin in the southern Great Plains.

Its drainage basin is mostly in the states of Texas and Oklahoma, but also covers parts of New Mexico, Arkansas and Louisiana.

Its basin is characterized by flat, fertile agricultural land, with only a few major cities.

The Red River is connected to the Mississippi River by the Old River Control Structure [Photo below]. 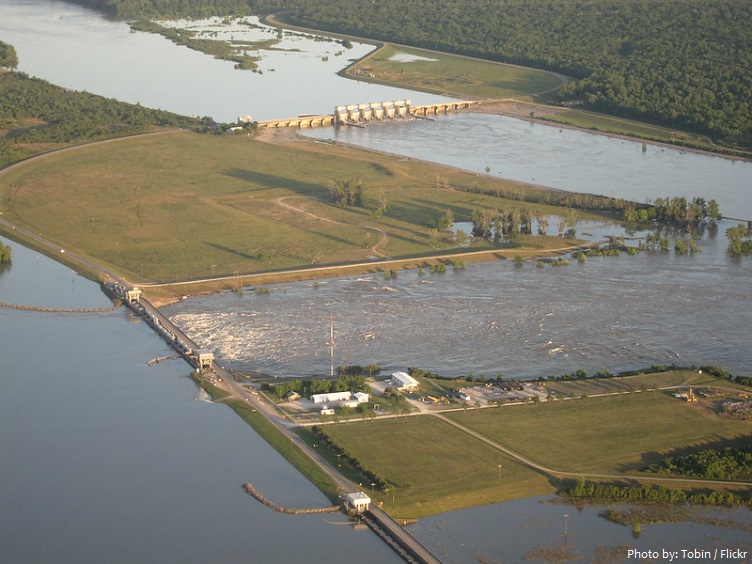 Its principal tributaries are the North Fork of the Red, the Kiamichi, Little, Black (Ouachita), Pease, Sulphur, Wichita, and Washita rivers and Bodcau and Cypress bayous.

Denison Dam (created in 1943), 1,168 km (726 miles) above the river’s mouth, forms Lake Texoma. Many reservoirs have been built on tributaries of the Red River in Texas, Oklahoma, Arkansas, and Louisiana as part of a flood-control and river-development program.

This river was named for the red-bed country of its watershed and is one of several rivers with that name. 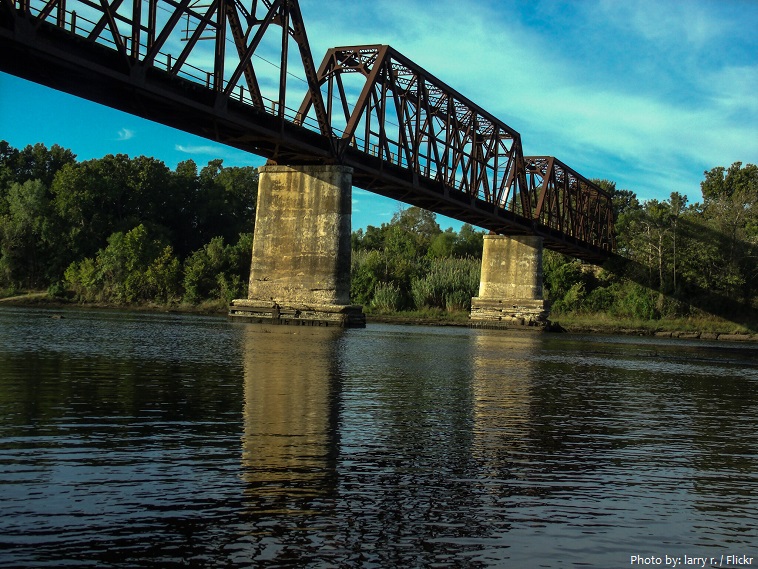 The Red River is a saltwater river. The saltiness is caused by a natural phenomenon that dates back to ancient times. About 250 million years ago, an inland sea blanketed parts of what is now those states. As time passed, that sea evaporated, leaving salt deposits – mostly sodium chloride. Rock and silt eventually buried the deposits, but the salt continues to leech through natural seeps in tributaries above Lake Texoma, sending as much as 3,450 tons of salt per day flowing down the Red River.

Native American cultures along the river were diverse, developing specialized adaptations to the many different environments. They found plentiful game and fish, and also had good land for cultivating staple crops. 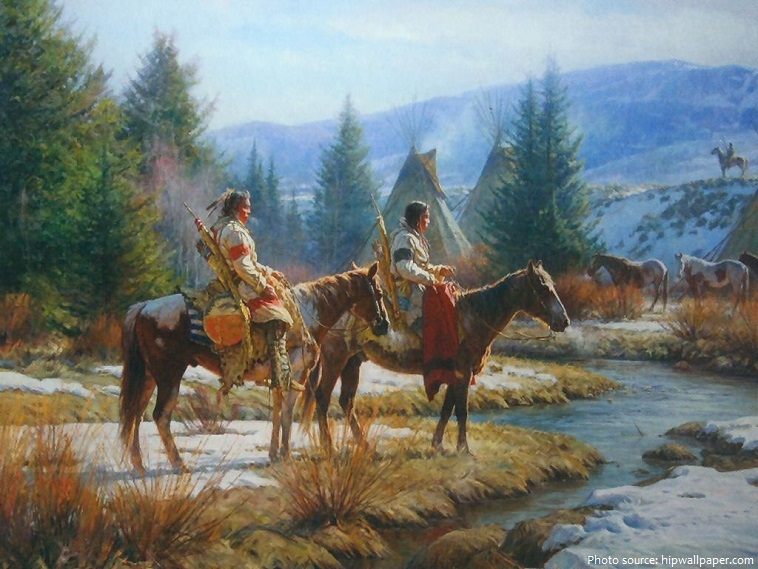 Not until 1687 did European explorers again visit the river, this time the French, who established trading posts along the river, most notably at present-day Natchitoches, Louisiana.

In 1806, President Thomas Jefferson commissioned the Red River Expedition to explore parts of the new lands of the Louisiana Purchase by traveling up the Red River. 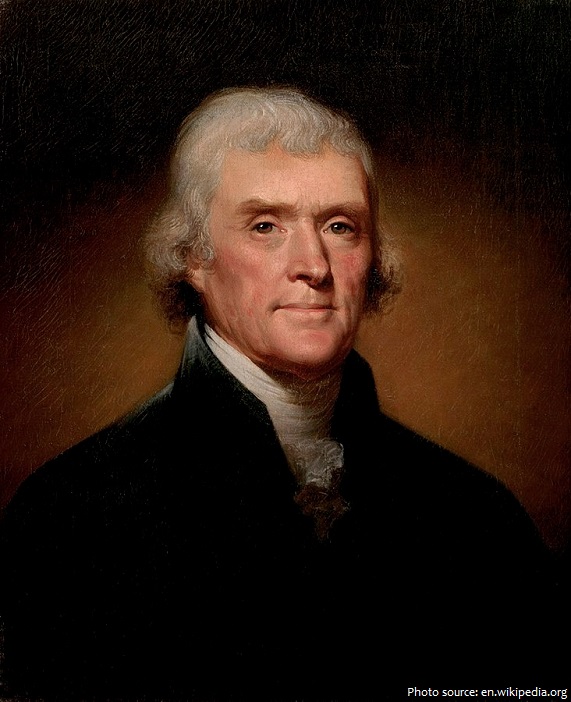 In 1812, the Red River Colony — a settlement encompassing the length of the Red River — was established by Thomas Douglas, 5th Earl of Selkirk.

In April 1815, Captain Henry Miller Shreve was the first person to bring a steamboat, the Enterprise, up the Red River.

The river and its valley were the site of the Red River Campaign in the American Civil War. 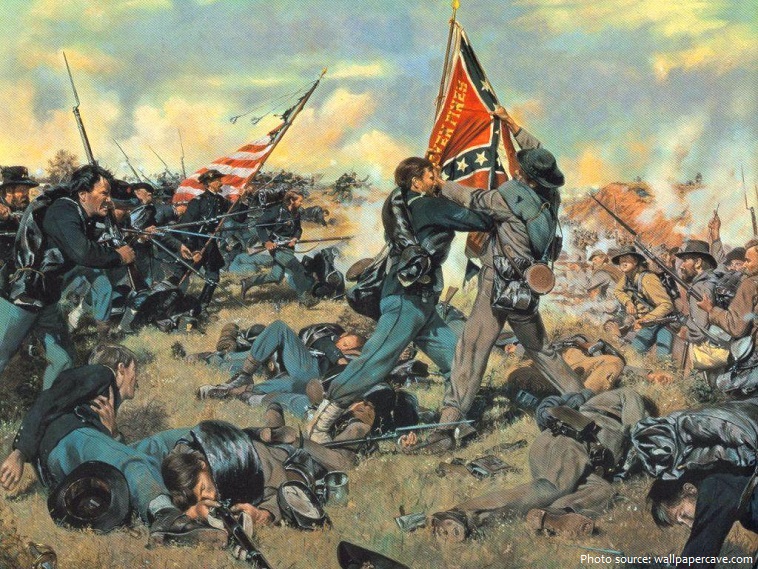 In the early 19th century, settlers found that much of the river’s length in Louisiana was unnavigable because of a collection of fallen trees that formed a “Great Raft” over 260 km (160 miles) long. In 1828, the U.S. Congress set aside $25,000 for the raft’s removal, and Captain Henry Miller Shreve, then serving as the Superintendent of Western River Improvement, was assigned the task of clearing the raft in 1832. In 1838, he completed the task, though it re-formed farther up the river soon thereafter and eventually extended to the Arkansas border.

From the early 17th Spain and France debated the Red river as the boundary separating New Spain and New France. Later, by the Adams-Onís Treaty of 1819, the Red became the southern border of the Louisiana Purchase. In 1923 the U.S. Supreme Court established the south bank as the border between Oklahoma and Texas.

The river’s basin was once the bottom of a glacial lake, Lake Agassiz, which covered the region 8,000 years ago. 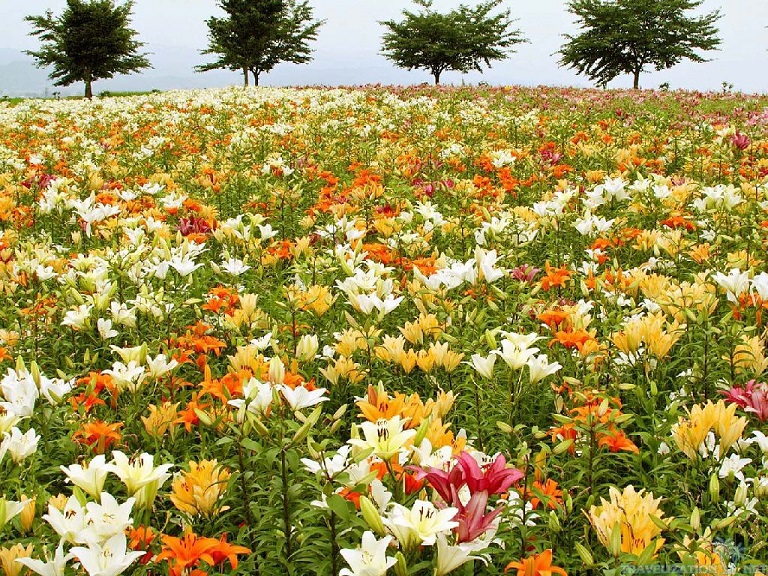 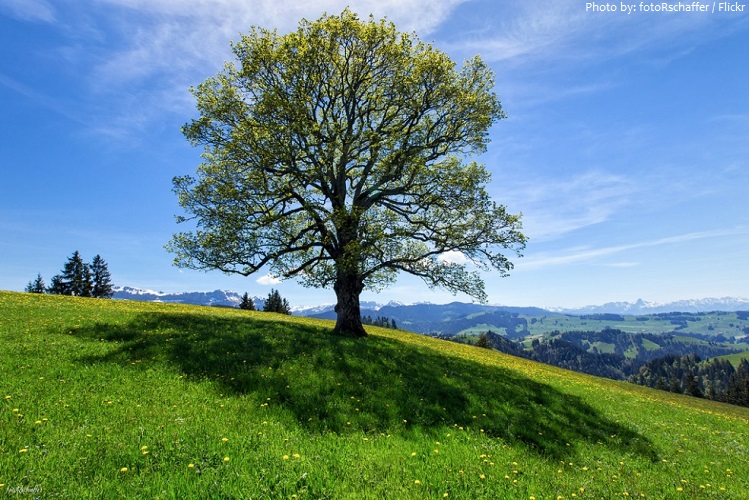