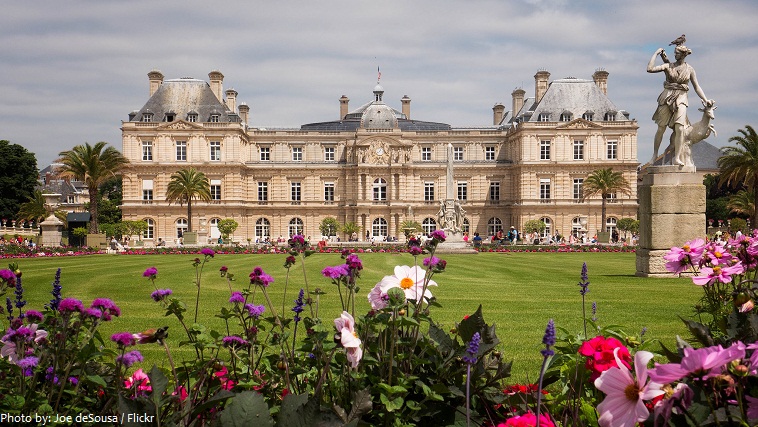 The Luxembourg Palace is a beautiful building situated in even more beautiful gardens in the center of Paris, on the left bank of Seine.

It is the first great example of French classical architecture during the 17th century, was the culmination of the long tradition of the chateau as a building type.

Throughout it existence its purpose has been changed many times.

It was originally built (1615–1645) to the designs of the French architect Salomon de Brosse to be the royal residence of the regent Marie de Médicis, mother of Louis XIII of France. 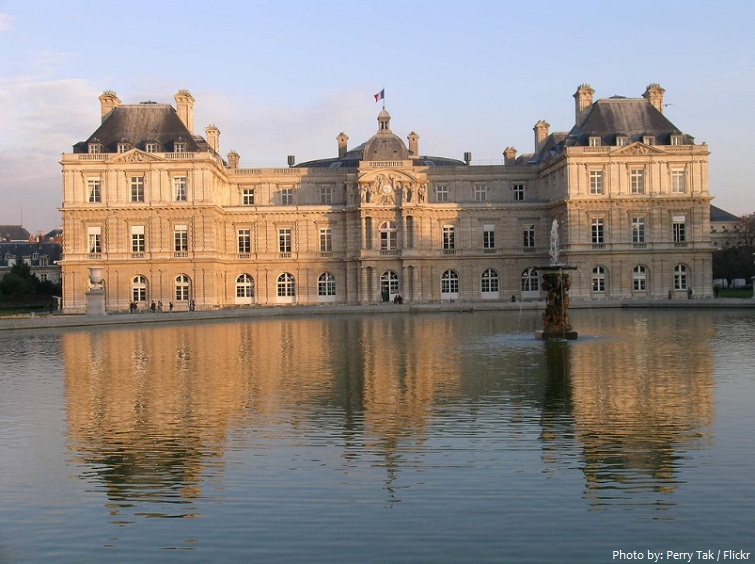 The Luxembourg Palace remained the property of the French Crown until the French Revolution.

The palace actually served as the precursor to the Louvre Museum in the mid-18th century before being used for a short time during the French Revolution as a prison.

Napoleon I moved the Senate in the Luxembourg Palace in 1801.

The palace became the seat of the House of Peers in 1815.

In 1852 Napoleon III re-transferred the Senate into the Luxembourg Palace.

Since 1958 it has been the seat of the French Senate of the Fifth Republic (current republican constitution of France). 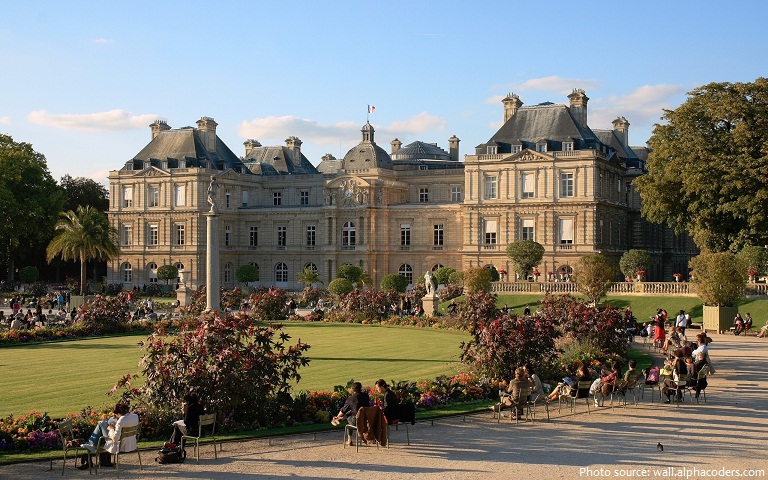 Immediately west of the palace on the rue de Vaugirard is the Petit Luxembourg, now the residence of the Senate President.

During the 19th century the Luxemburg Palace was extensively remodeled.

From 1799 to 1805 the architect Jean Chalgrin transformed the palace into a legislative building. He demolished the grand central staircase (escalier d’honneur), replacing it with a senate chamber on the first floor, which incorporated and destroyed Marie de Médicis’ chapel on the garden side of the corps de logis.

Chalgrin also enclosed the flanking terraces, making space for a library. At the same time he created a neo-classical escalier d’honneur [pic. below] in the west wing, a single monumental flight enclosed by an ionic colonnade and covered with a coffered barrel vault, the construction of which resulted in the destruction of the long gallery that had formerly housed the cycle of paintings by Rubens. 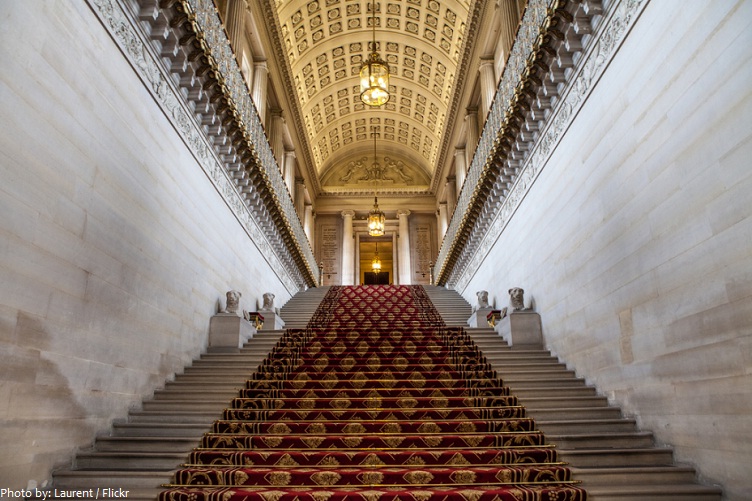 Poussin, Philippe de Champaigne, and Rubens were commissioned to decorate the interior; the 24 paintings depicting the life of the queen by Rubens are now at the Louvre.

Beginning in 1835 the architect Alphonse de Gisors added a new garden wing parallel to the old corps de logis, replicating the look of the original 17th-century facade so precisely that it is difficult to distinguish at first glance the old from the new. The new senate chamber was located in what would have been the courtyard area in-between.

The new wing included a library (bibliothèque) with a cycle of paintings (1845–1847) by Eugène Delacroix. The library contains some 450,000 books. 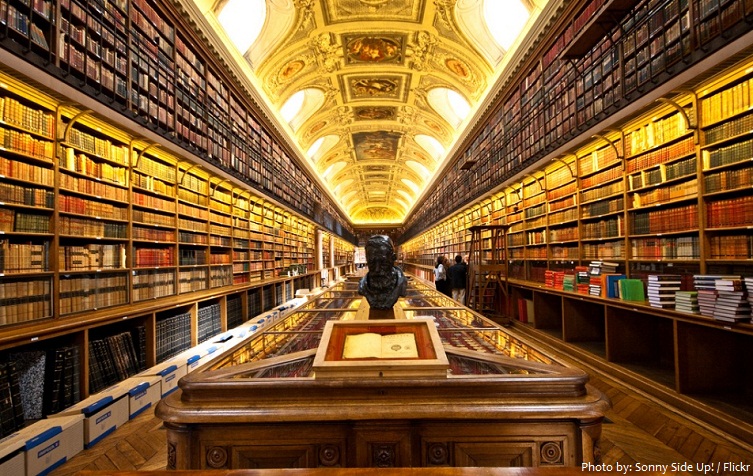 In the 1850s, at the request of Emperor Napoleon III, Gisors created the highly decorated Salle des Conférences (inspired by the Galerie d’Apollon of the Louvre). 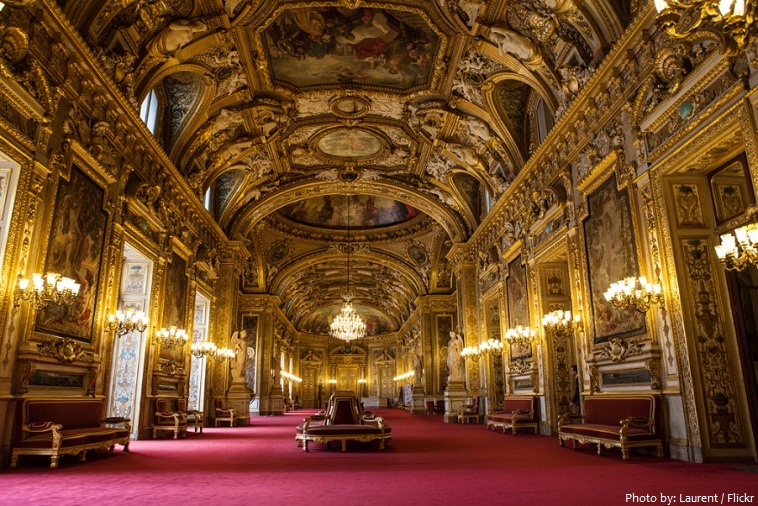 The Jardin du Luxembourg or the Luxembourg Garden is the biggest park in Paris, covering a massive 22.5 hectares (55.6 acres). The garden is famed for its calm atmosphere. 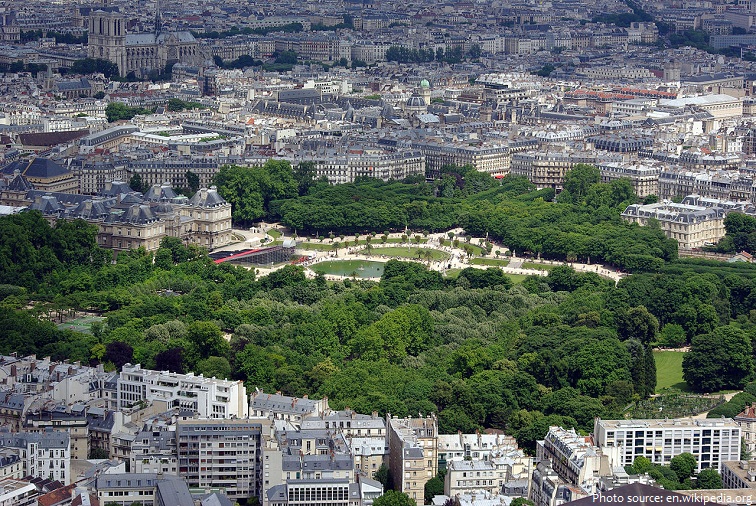 The gardens are split into French gardens and English gardens.

Between the two, lies a geometric forest and a large pond. There is also an orchard with a variety of old and forgotten apples, an apiary for you to learn about bee-keeping and greenhouses with a collection of breathtaking orchids and a rose garden. 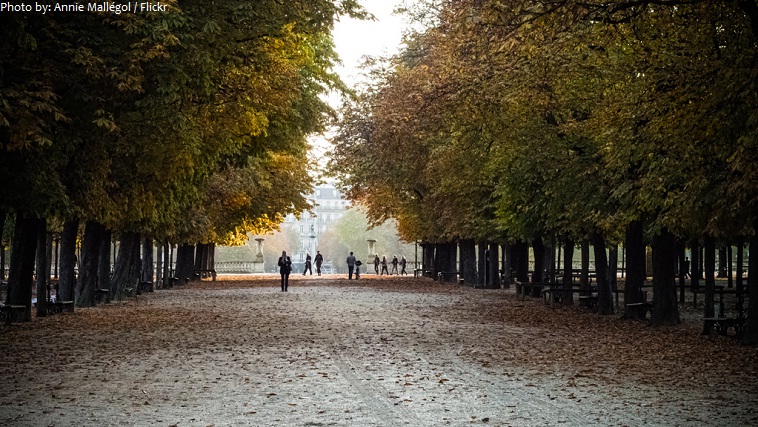 The garden has 106 statues spread throughout the park, the monumental Medici fountain, the orangerie and the Pavillon Davioud.

The Medici Fountain was built in about 1630 by Marie de’ Medici, the widow of King Henry IV of France and regent of King Louis XIII of France. It was moved to its present location and extensively rebuilt in 1864-66. 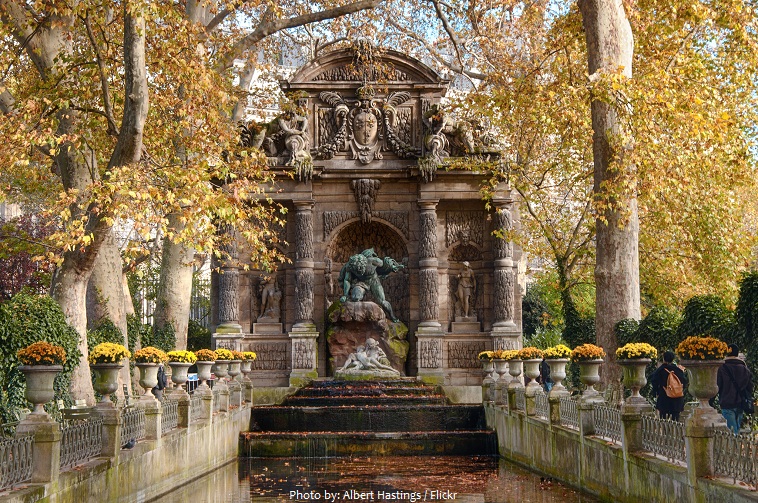 The orangerie was built during the 19th century. Today the orangerie displays art, photography and sculptures. 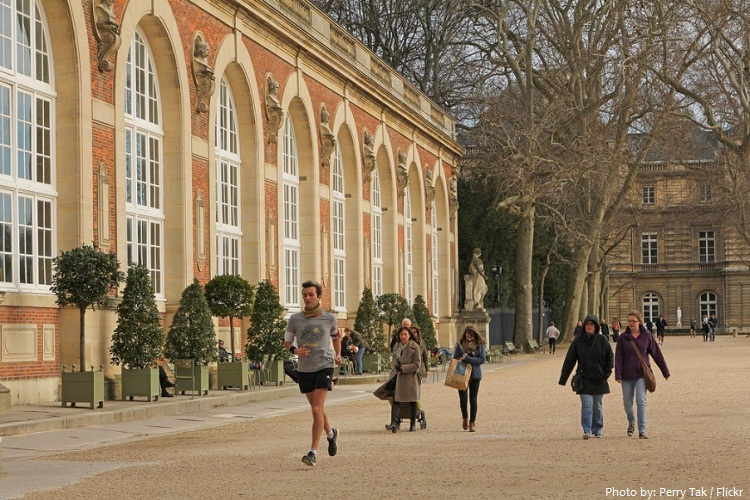 The Davioud Pavillion was constructed and named after the architect back in the 1860s. It is now home to a school of horticulture, plus the setting for the annual honey festival. 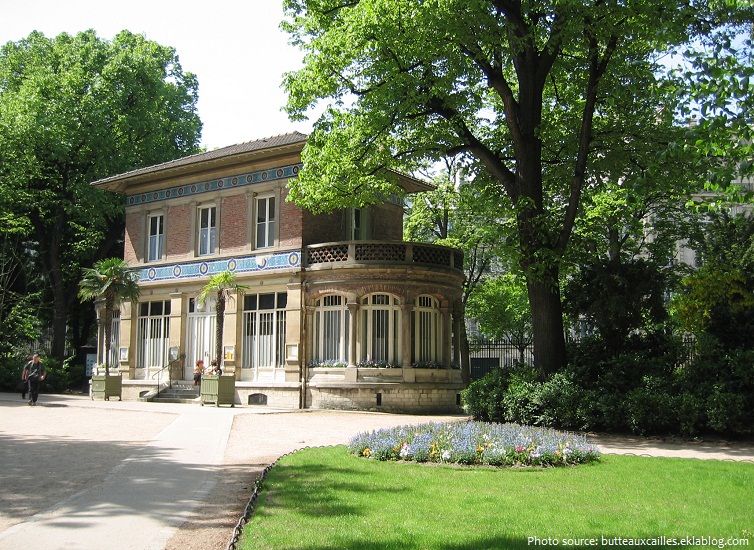 During WWII, the Nazis occupied the Palais and used it as the Luftwaffe headquarters.

The palace was a designated “strong point” for German forces defending the city in August 1944, but thanks to the decision of Commanding General Dietrich von Choltitz to surrender the city rather than fight, the palace was only minimally damaged.

From 29 July to 15 October 1946, the Luxembourg Palace was the site of the talks of Paris Peace Conference.

The Luxembourg Palace is open to the public once a year during the Heritage Day in September. 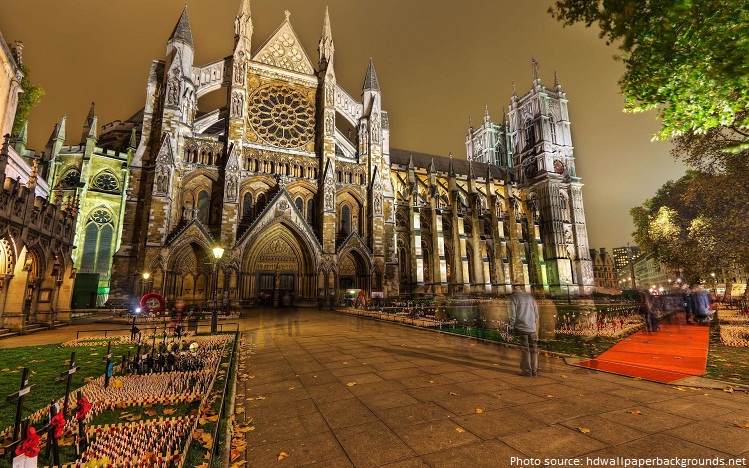 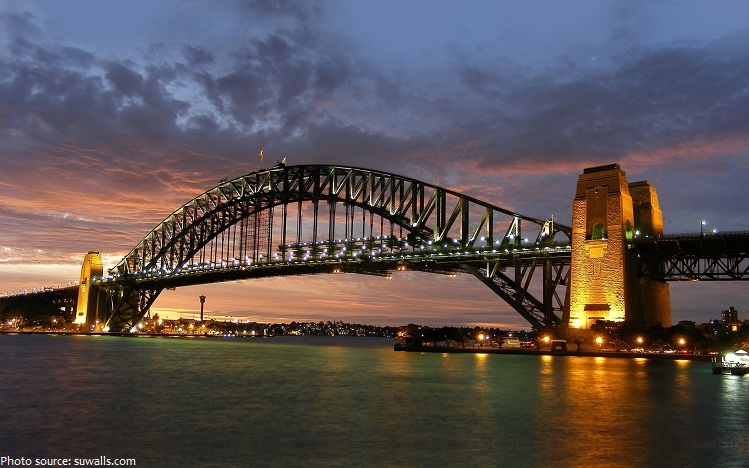 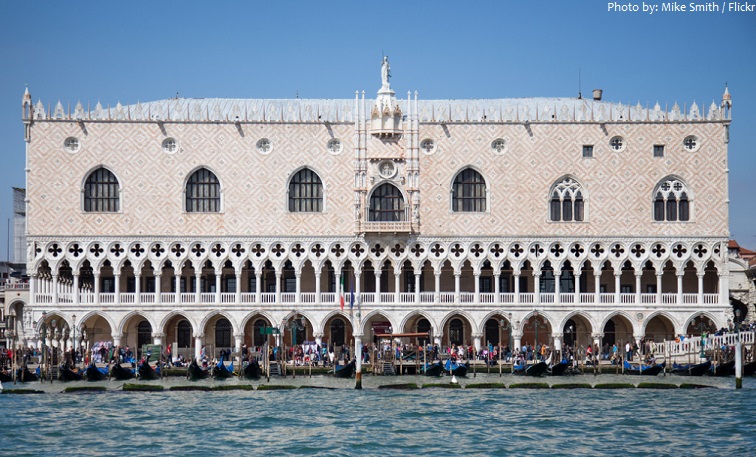