The Gobi Desert is a large desert or brushland region in East Asia.

It stretches across huge portions of both Mongolia and China.

The Gobi Desert is the 6th largest desert in the world and Asia’s 2nd largest. 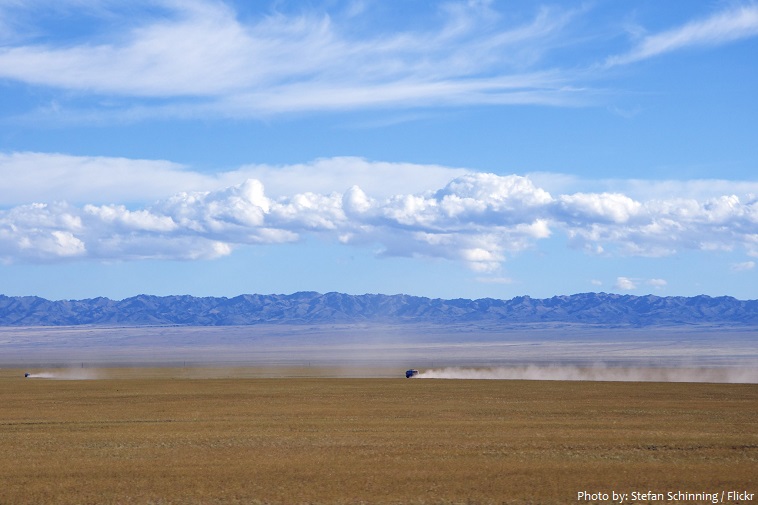 The desert is bounded by the Altai Mountains and the grasslands and steppes of Mongolia on the north, by the Taklamakan Desert to the west, by the Hexi Corridor and Tibetan Plateau to the southwest and by the North China Plain to the southeast.

The Gobi is a rain shadow desert – a dry area on the leeward side of a mountainous area. The mountains block the passage of rain-producing weather systems and cast a “shadow” of dryness behind them. Wind and moist air are drawn by the prevailing winds towards the top of the mountains, where it condenses and precipitates before it crosses the top. The air, without much moisture left, advances across the mountains creating a drier side called the “rain shadow”. 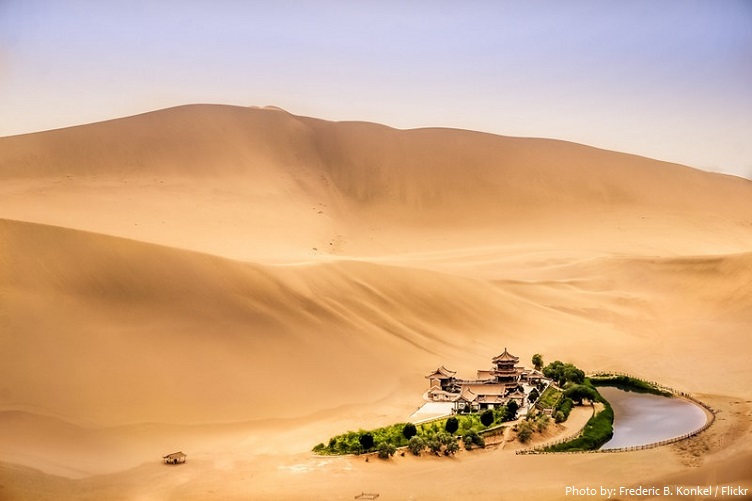 It was formed by the Tibetan Plateau and the Himalayas blocking precipitation from the Indian Ocean reaching the Gobi territory.

The Gobi is overall a cold desert, with frost and occasionally snow occurring on its dunes.

It is the coldest hot desert on the Earth, with winter temperatures can drop below -20ºC (-4ºF).

Much of the Gobi is not sandy desert but bare rock. It is possible to drive over this surface by car for long distances in any direction. 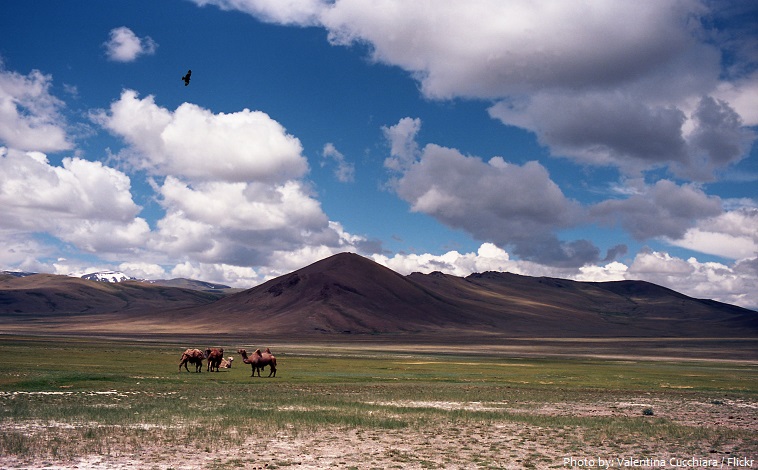 With the elevations of its basins ranging from roughly 500 to 1,500 meters (1,600 to 5,000 feet) above sea level, the Gobi lies at about the same latitudes as those of central Europe and the northern United States.

The Gobi is often imagined to be place of unbearable heat and lifeless sand dunes, similar to the inhospitable and uninhabitable Sahara desert. However in reality is quite the opposite. The Gobi has high mountains, forests, lakes and steppe. But of course it also have sand and sand dunes.

Despite the harsh conditions, this desert and the surrounding regions sustain many animals, including black-tailed gazelles, marbled polecats, wild Bactrian camels, Mongolian wild ass and sandplovers. They are occasionally visited by snow leopards, Gobi bears, and wolves. Lizards are especially well-adapted to the climate of the Gobi Desert, with approximately 30 species distributed across its southern Mongolian border.

The most common vegetation in the Gobi desert are shrubs adapted to drought.

The Gobi had a long history of human habitation, mostly by nomadic peoples.

It is most notable in history as part of the great Mongol Empire, and as the location of several important cities along the Silk Road.

The Gobi Desert remained relatively unknown to Western Europe until Marco Polo brought back his personal accounts of travel in the thirteenth century. Many other explorers followed Polo’s example and voyaged through the Gobi Desert on the way to China. 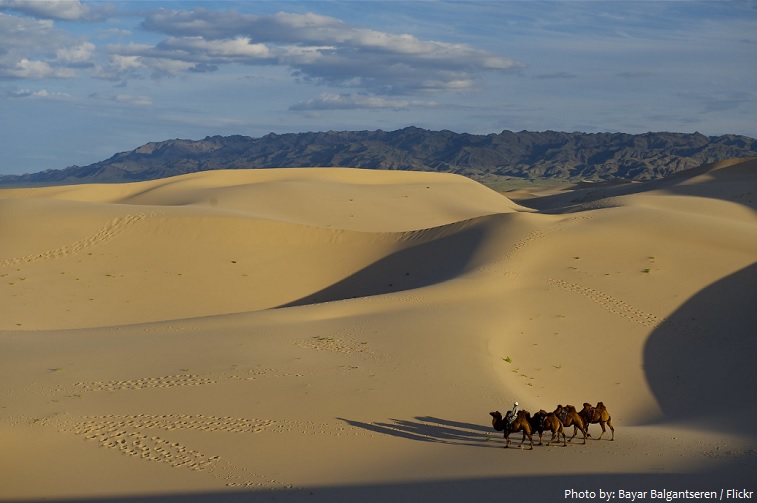 The word “Gobi” means “very large and dry” in the Mongolian language.

The Gobi Desert is the source of many important fossils finds, including the first dinosaur eggs, twenty-six of which, averaging 23 cm (9 inches) in length, were uncovered in 1923.

The desert is expanding at an alarming rate through desertification, most rapidly on the southern edge into China.

By the early 20th century, the region was under the nominal control of Manchu-China, and inhabited mostly by Mongols, Uyghurs, and Kazakhs.