The Chauvet Cave (a.k.a Caverne du Pont d’arc) is one of the most famous prehistoric rock art sites in the world. With one exception, all of the cave art paintings have been dated between 30,000 and 33,000 years ago.

Chauvet contains a total of over 300 paintings and engravings. These were grouped in specific ways. In the most accessible part of the cave, most images are red, with a few black or engraved ones.

In the deeper part, the animals are mostly black, with far fewer rock engravings and red figures.

There are groupings of specific animals: for example, the Horse Panel and the Panel of Lions and Rhinoceroses. What makes Chauvet such an important example of Franco-Cantabrian cave art, is the sophistication of its paintings. 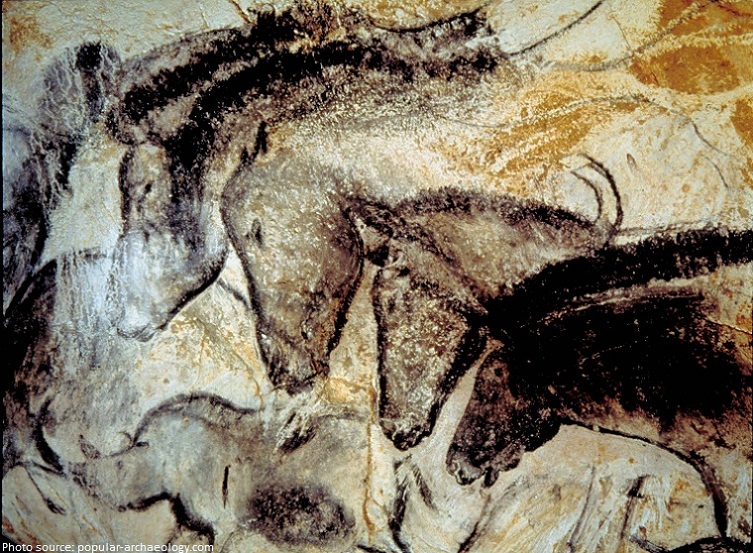 The most noticeable animals in the cave (accounting for some 60 percent of all such images) are lions, mammoths, and rhinoceroses, all of whom were rarely hunted, thus unlike most other caves, Chauvet is not a pictorial showcase of daily Stone Age life. 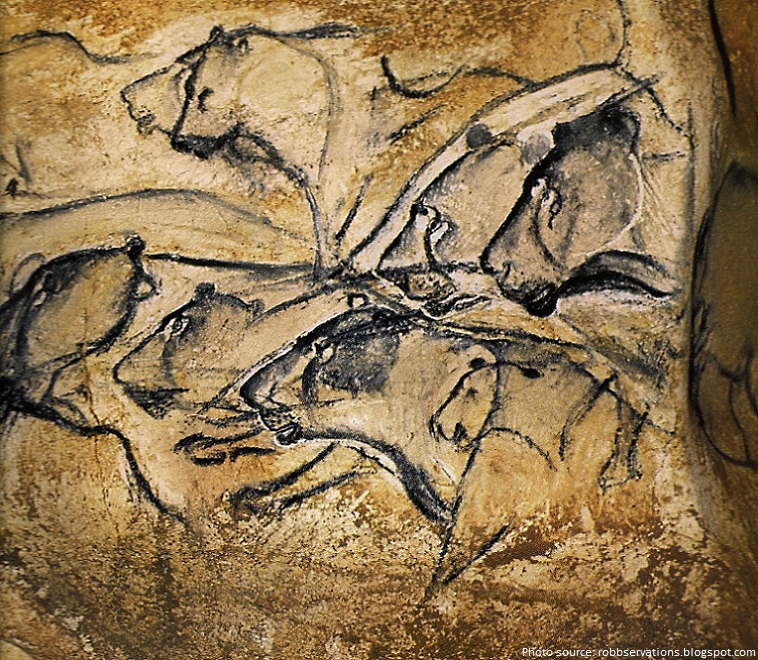 Other rare animals include a panther, a spotted leopard and an owl. In addition, the cave features the usual horses, bison, aurochs, ibex, reindeer, red deer and musk-oxen.

As well as figurative pictures, Chauvet contains an abundance of abstract art in the form of geometric symbols, a number of indecipherable marks, as well as a quantity of red-ochre prehistoric hand stencils and handprints. 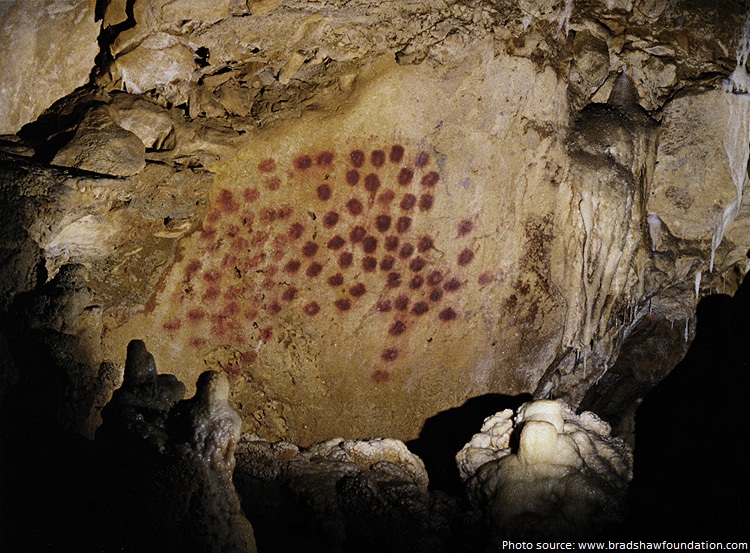 The last and deepest of the Chauvet Cave chambers, the Salle du Fond, is home to the palaeolithic cave painting of The Venus and The Sorcerer, drawn in black charcoal. 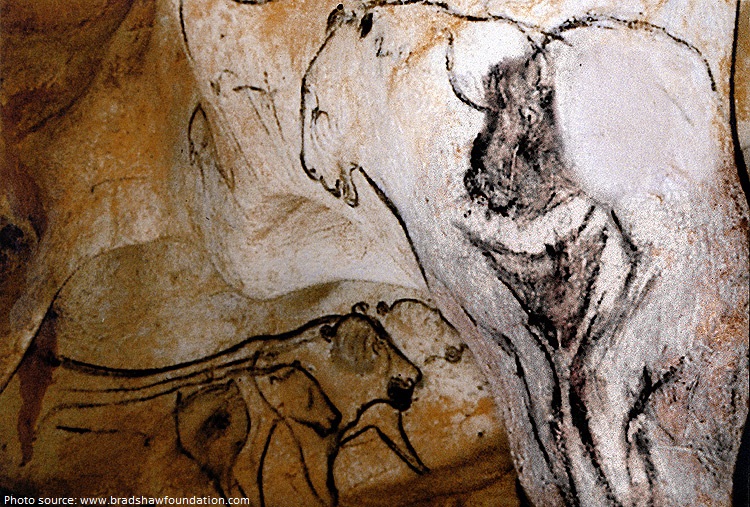 The cave was also strewn with cave bear skulls, one of which was found placed carefully upon a high slab as if on an alter.

This magnificent discovery was made in December 1994 and remains one of the most important prehistoric sites to date.

It was found accidentally by three local cavers – Christian Hillaire, Eliette Brunel-Deschamps and Jean-Marie Chauvet after whom the cave was named.

The prehistoric Chauvet cave has been granted prestigious World Heritage status by UNESCO committee delegates gathering in Doha in 2014.

In 1999 John Robinson was invited into the Chauvet Cave by Dr. Jean Clottes to observe the Palaeolithic cave paintings dated between 30,000 and 33,000 years ago.

Between Vallon-Pont-d’Arc and St.Remeze, they have created a huge, full size recreation of the cave to showcase this amazing discovery. This 55 million euro project is open to the public from 25 April 2015.

For his latest documentary film ‘The Cave of Forgotten Dreams‘ Werner Herzog takes us on an incredible 3-D journey into the Chauvet caves in Southern France.