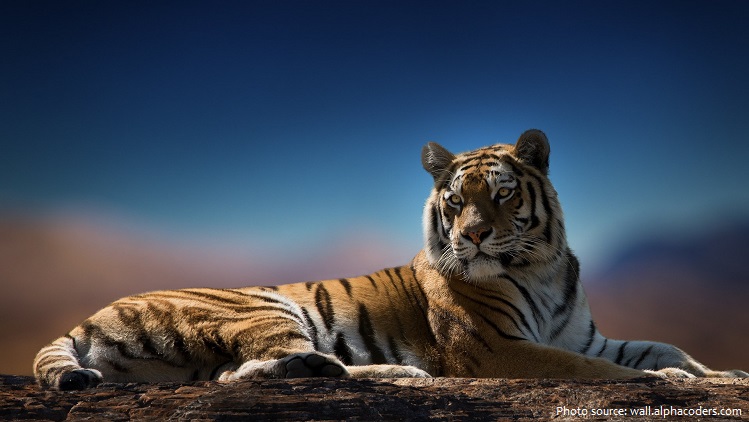 The Bengal tiger (Panthera tigris tigris) also known as the Royal Bengal tiger or the Indian tiger is a tiger subspecies. 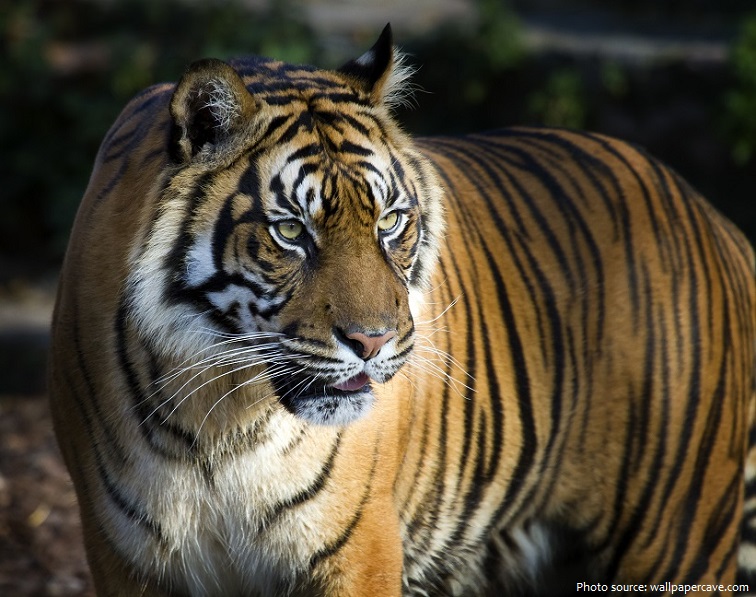 The average lifespan for Bengal tigers is from 8 to 10 years in the wild, while in captivity individuals may live up to 20 years. 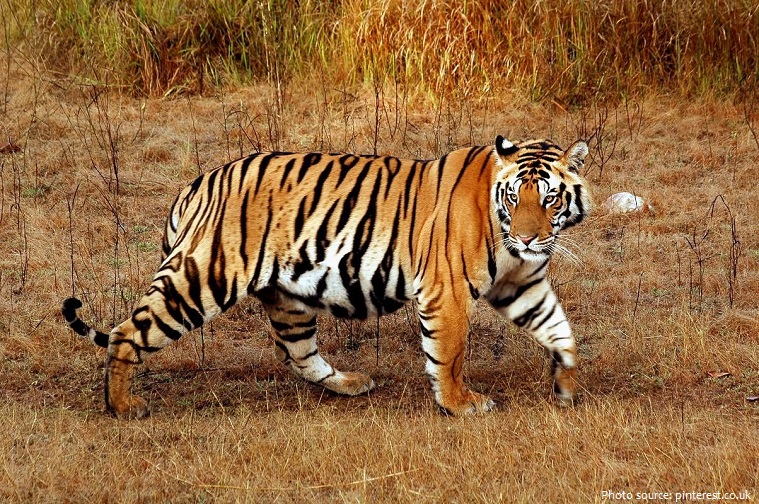 The Bengal tiger’s coat is yellow to light orange, with stripes ranging from dark brown to black; the belly and the interior parts of the limbs are white, and the tail is orange with black rings.

The tiger has exceptionally stout teeth. Its canines are 7.5 to 10 cm (3 to 3.9 in) long and thus the longest among all cats.

The Bengal tiger is a nocturnal animal. It is active throughout the night and sleep during the day.

The Bengal tiger is a carnivore. It prefers hunting large ungulates such as chital, sambar, gaur, and to a lesser extent also barasingha, water buffalo, nilgai, serow and takin. Among the medium-sized prey species it frequently kills wild boar, and occasionally hog deer, muntjac and grey langur. Small prey species such as porcupine, hares and peafowl form a very small part in its diet. Because of the encroachment of humans into tiger habitat, it also preys on domestic livestock. 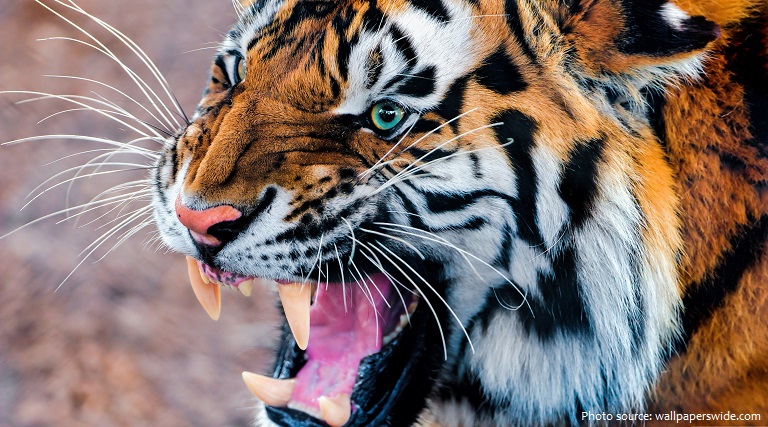 Tigers are solitary animals which means they live and thrive on their own besides when they mate.

Mating can occur any time of the year. After conception, it will take about 100 days for the young to be born. A litter size is from 1 to 4 cubs. Newborn cubs are blind at birth and weigh 780 to 1,600 g (1.7 to 3.5 lb). Tiger cubs are playful at birth and retain a curious nature throughout life. From the time of birth until one year, tiger cubs are also completely dependant of their mother. At the age of 2–3 years, they slowly start to separate from the family group and become transient — looking out for an area, where they can establish their own territory. 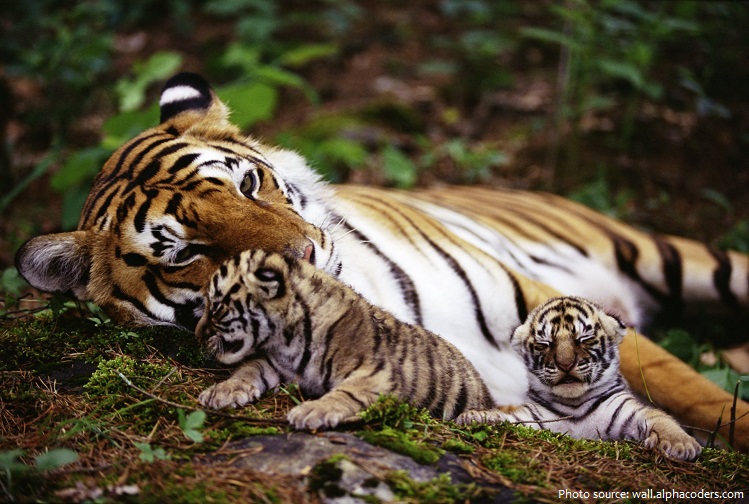 The white tiger is a recessive mutant of the tiger, which is reported in the wild from time to time in Assam, Bengal, Bihar, and especially from the former State of Rewa. However, it is not to be mistaken as an occurrence of albinism. In fact, there is only one fully authenticated case of a true albino tiger, and none of black tigers. 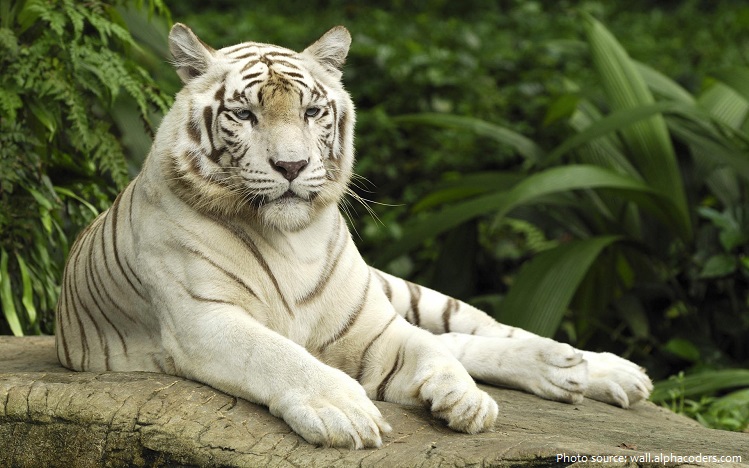 Bengal tigers are actually the most populous of all the remaining tiger subspecies, with numbers estimated to be at around 3,500 individuals in the wild.

Over the past century tiger numbers have fallen dramatically, with a decreasing population trend.

The most significant immediate threat to the existence of wild tiger populations is the illegal trade in poached skins and body parts between India, Nepal and China.

The tiger is estimated to be present in the Indian subcontinent since the Late Pleistocene, for about 12,000 to 16,500 years. 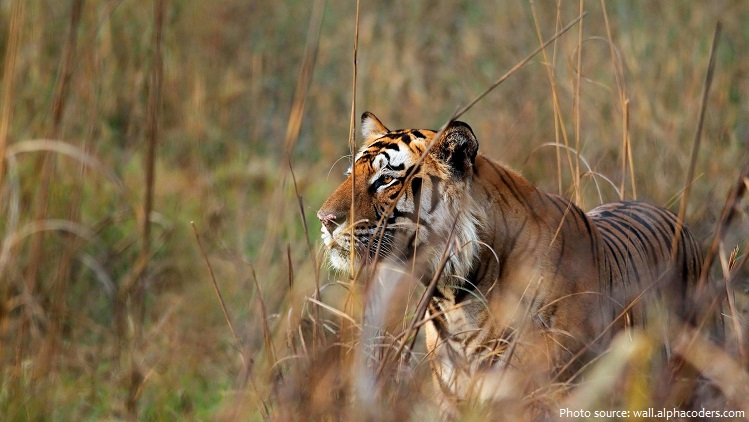 Bengal tiger is the national animal of both India and Bangladesh.

The Detroit Tigers Major League Baseball team has used the likeness of a Bengal tiger for many of the team’s logos.

The main antagonist of The Jungle Book, Shere Khan, is a Bengal tiger.

In the fantasy adventure novel Life of Pi and in its 2012 film adaptation a Bengal tiger named Richard Parker is the lead character. 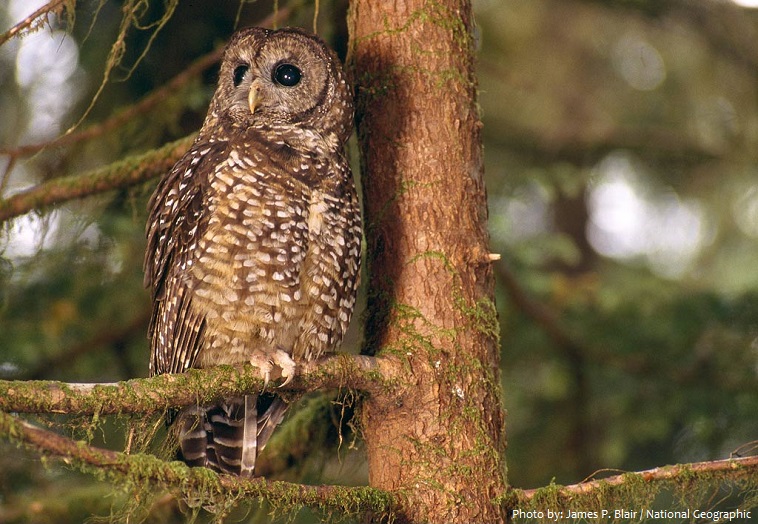