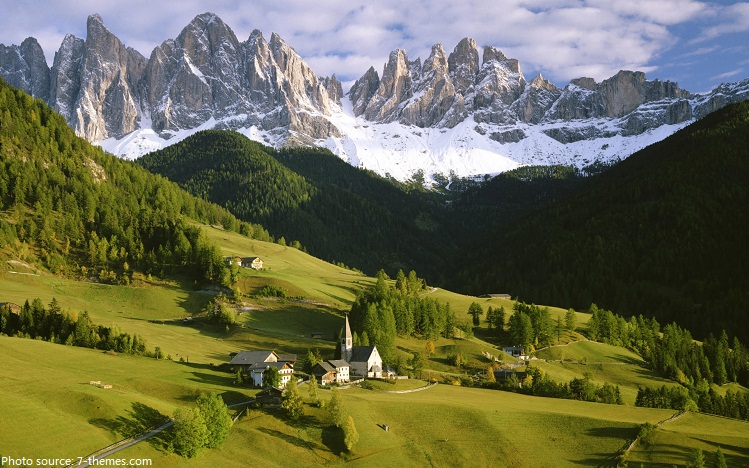 The Alps are the youngest and most densely populated mountain range in Europe. They were formed about 65 million years ago.

The mountains were formed as the African and Eurasian tectonic plates collided.

The Alps are generally divided into Western Alps and Eastern Alps, cut along a line between Lake Constance and Lake Como, following the Rhine valley.

The Western Alps are higher, but their central chain is shorter and much curved; they are located in France, Italy and Switzerland. 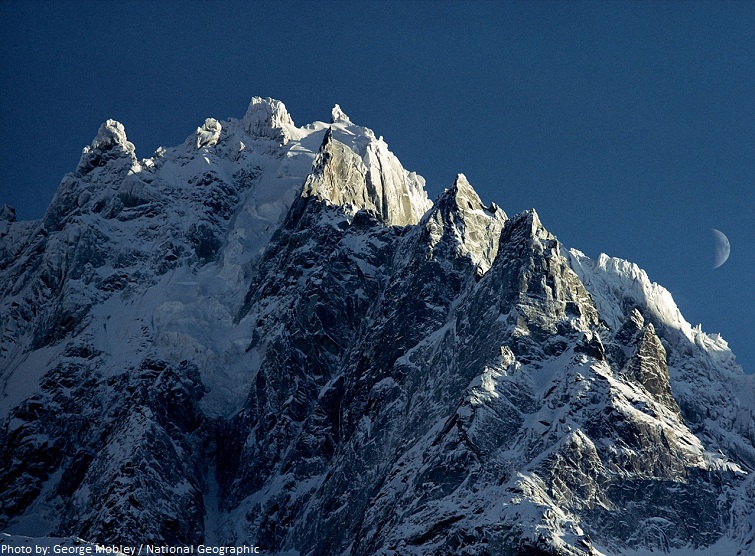 Other tall peaks in the Alps include the Dufourspitze, Weisshorn, Finsteraarhorn, and the famous Matterhorn [pic. below]. 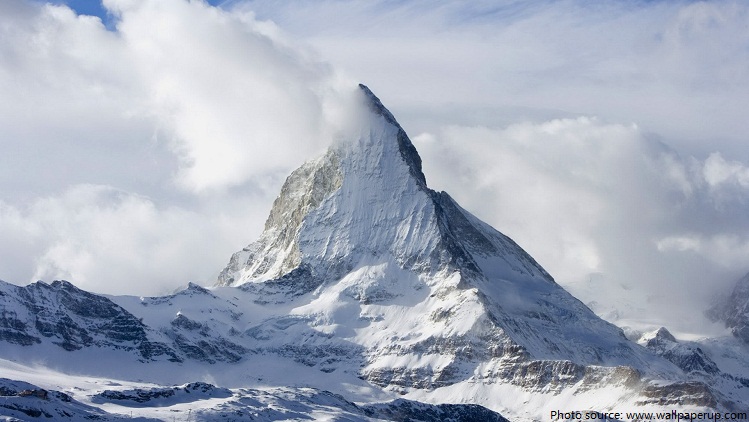 The Alpine region area contains about a hundred peaks higher than 4,000 meters (13,123 ft), known as the “four-thousanders“.

The mean height of the mountain peaks is 2.5 kilometers (1.6 miles).

The Alps are more than 200 kilometers (125 miles) wide at their broadest point between Garmisch-Partenkirchen, Germany, and Verona, Italy.

The Alps maintain a permanent snow blanket over 2750 meters (9,000 feet) above sea level, and have many glaciers. 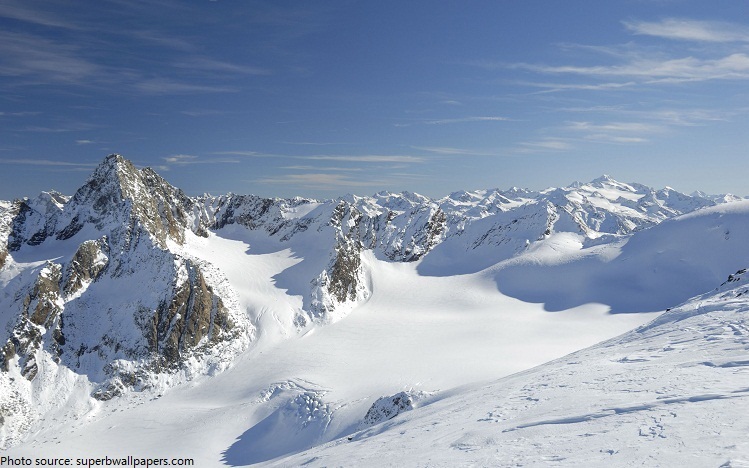 They are geographically important, representing 11% of Europe’s surface and heavily influencing its climate.

The Alps receive a great deal of snow and rain. At high elevations, the snow turns to ice and then flows down to the valleys as glaciers.

The clear Alpine lakes are noted for their beauty.Among the most prominent are Lakes Geneva, Constance, Como, and Zürich. 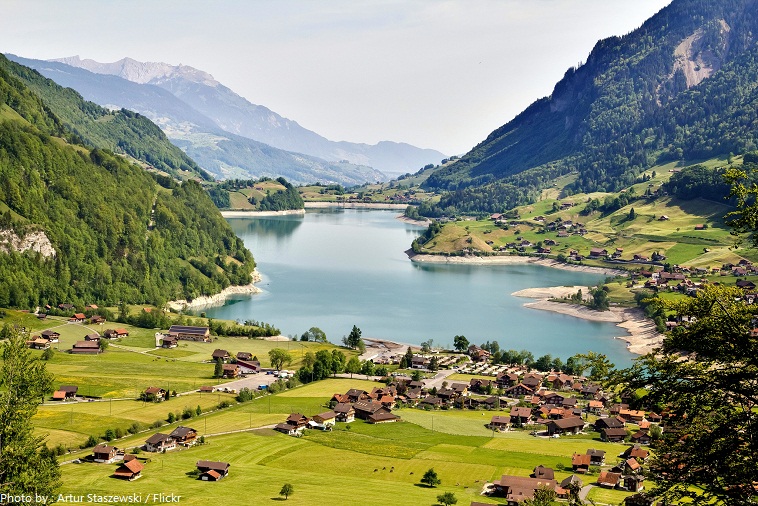 The Alps are almost treeless near the top, but forests grow below. The higher forests have mostly spruce, pine, and larch trees. Oak, beech, and chestnut trees grow on the valley floors and lower slopes.

13,000 species of plants have been identified in the Alpine regions. 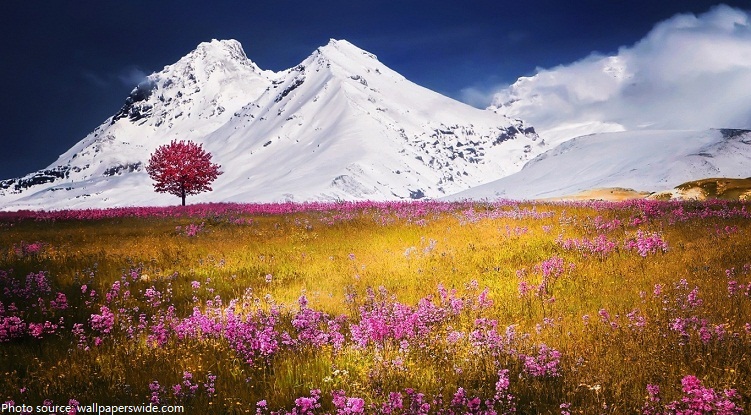 The Alps are a habitat for 30,000 species of wildlife, ranging from the tiniest snow fleas to brown bears, many of which have made adaptations to the harsh cold conditions and high altitudes to the point that some only survive in specific micro-climates either directly above or below the snow line.

The ibex, a wild goat, and the goatlike chamois are extremely nimble in the craggy landscape. Marmots hibernate in underground galleries. The mountain hare and the ptarmigan, a grouse, take on white coats for winter. Several national parks in the Alps protect the native fauna. 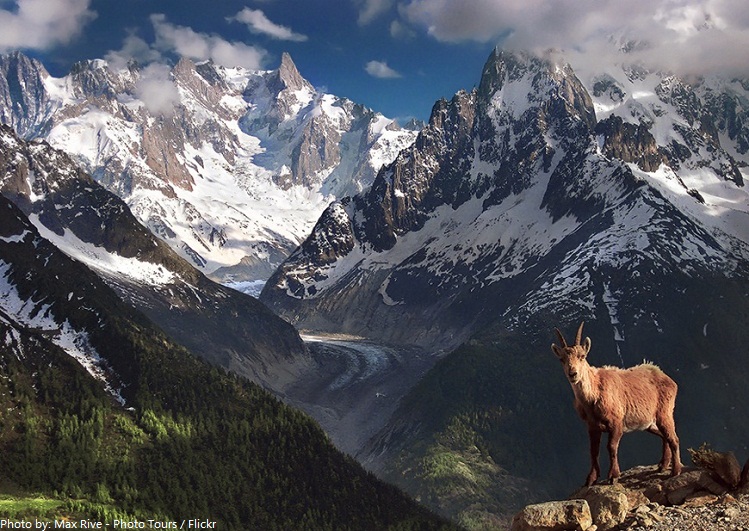 The Alps are a source of minerals that have been mined for thousands of years. In the 8th to 6th centuries BC during the Hallstatt culture, Celtic tribes mined copper; later the Romans mined gold for coins in the Bad Gastein area.

Crystals are found throughout much of the Alpine region such as cinnabar, amethyst, and quartz.

The Alpine region has a strong cultural identity.The traditional culture of farming, cheesemaking, and woodworking still exists in Alpine villages. The 18th and 19th centuries saw an influx of naturalists, writers, and artists, in particular the Romantics, followed by the golden age of alpinism as mountaineers began to ascend the peaks.

Local lifestyle and the way the Alps are seen from the outside have both changed dramatically during recent decades. From a remote, hard-to-live-in region where economy was mainly based on livestock, the Alps turned into one of the most important tourist destinations in Europe, especially in winter.

Grenoble is the biggest city in Alps. Many people call it as the Capital City of Alps. There are around 500,000 local people living in Grenoble.

The rock drawings in Valcamonica are more than 5000 years old; more than 200,000 drawings and etchings have been identified at the site.

A mummified man known as Ötzi the Iceman was found in the Alps at the Austrian/Italian border in 1991, said to be 5,000 years old.

Avalanches, are an ever-present danger during the period from late November to early June.Most follow
well-defined paths, but much of the fear of avalanches is related to the difficulty of predicting where and when they will strike.

Although the area is only about 11% of the surface area of Europe, the Alps provide up to 90% of
water to lowland Europe, particularly to arid areas and during the summer months.

The Alps are popular both in summer and in winter. The Alps as a place for sightseeing and sports.