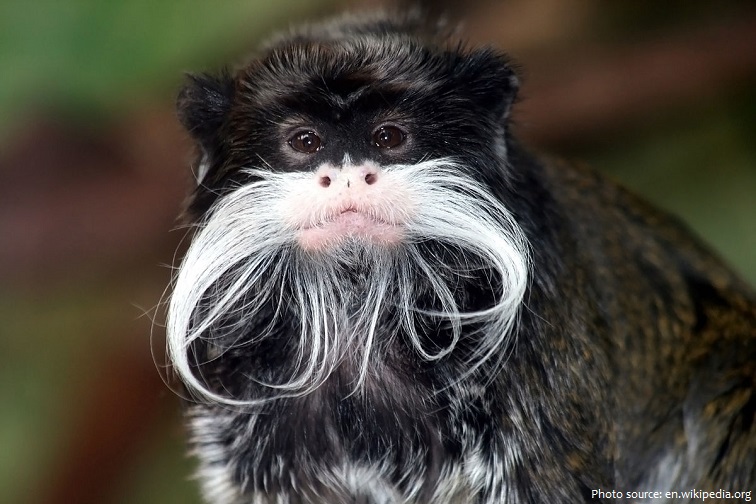 There are more than 30 species of tamarins.

They range from southern Central America through central South America, where they are found in northwestern Colombia, the Amazon basin, and the Guianas. 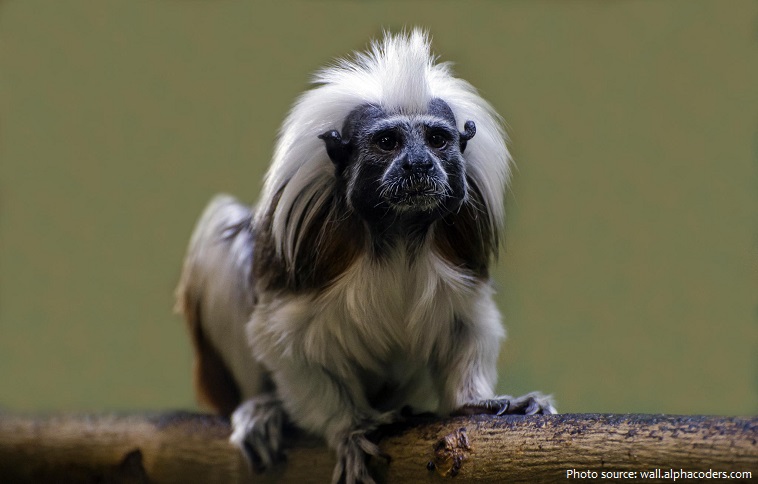 The lifespan for tamarins is from 10 to 20 years, depending on the species.

Different tamarin species vary considerably in appearance, ranging from nearly all black through mixtures of black, brown and white. Mustache-like facial hairs are typical for many species.

The tail is not prehensile, or capable of grasping and unlike many other monkeys, tamarins do not have an opposable thumb.

However, these creatures are diurnal and arboreal, and run and jump quickly through the trees.

Tamarins are omnivores, eating fruits and other plant parts as well as spiders, insects, small vertebrates and bird eggs.

While tamarins spend much of their day foraging, they must be on high alert for aerial and terrestrial predators. Due to their small size compared to other primates, they are an easy target for predatory birds, snakes, and mammals.

These monkeys live together in groups of up to 40 members consisting of one or more families. More frequently, though, groups are composed of just 3 to 9 members. 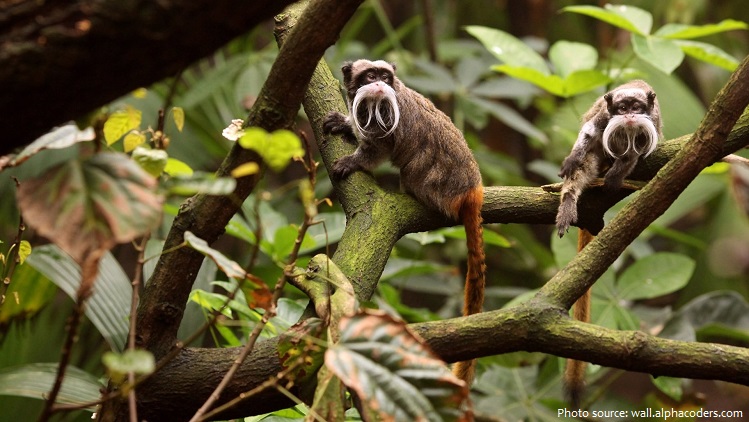 Tamarins spend a great deal of time grooming each other. They use vocalizations, facial expressions, and body movements to communicate. Their social groups can create a great amount of noise and commotion.

Tamarins reproduce year round. Gestation is typically 140 days, and births are normally twins.

The adult males, subadults, and juveniles in the group assist with caring for the young, bringing them to their mother to nurse.

Groups of tamarins as well as other monkeys are known as a ‘troop’, ‘tribe’ or ‘mission’.

Depending on the species of tamarin, some are endangered and others are not. 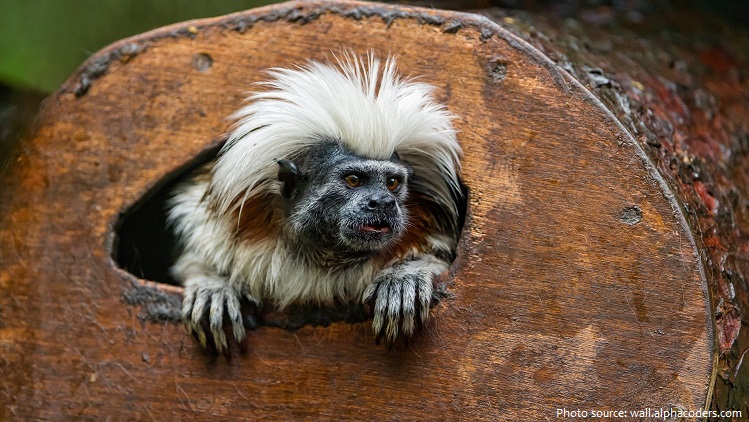 As well as other New World monkey species, they descend from African simians that colonized South America, a line that split off about 40 million years ago.

The emperor tamarin is a species of tamarin allegedly named for its resemblance to the German emperor Wilhelm II.

The four species of lion tamarins are named for the mane surrounding their face, similar to the mane of a lion.

Tamarins differ from similar looking marmosets primarily in having lower canine teeth that are clearly longer than the incisors.