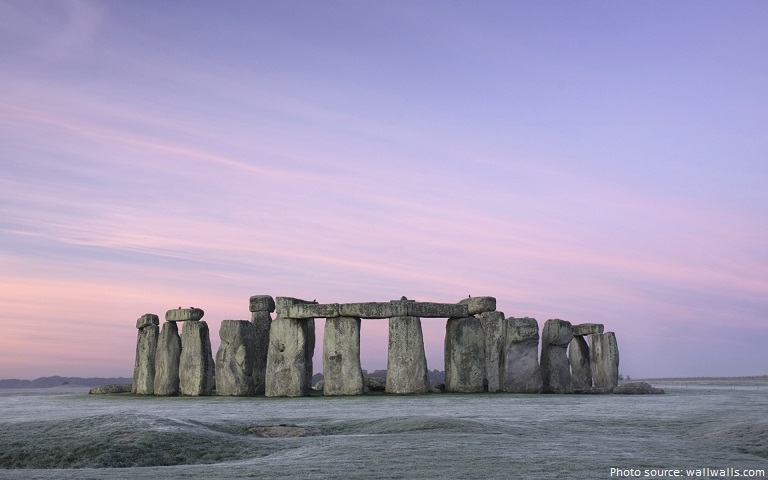 Stonehenge is located in Wiltshire, England, and is one of the most recognizable and famous sites in the world.

Stonehenge is in the center of a large number of Bronze Age and Neolithic monuments. There are also several hundred burial mounds in the area and land surrounding Stonehenge.

There are no records to provide us with any information about Stonehenge at all, including important facts about who built the monument, why it was built and when it was built. The information we have comes from scientific and archaeological research.

The structure that we call “Stonehenge” was built between roughly 5,000 and 4,000 years ago and that forms just one part of a larger, and highly complex, sacred landscape.

The biggest of Stonehenge’s stones, known as sarsens, are up to 9 meters (30 feet) tall and weigh 25 tons (22.6 metric tons) on average.It is widely believed that they were brought from Marlborough Downs, a distance of 32 kilometers (20 miles) to the north. 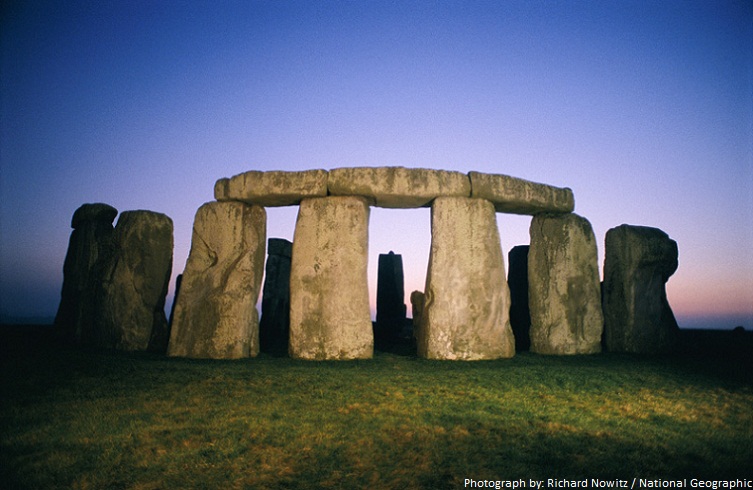 Smaller stones, referred to as “bluestones” (they have a bluish tinge when wet or freshly broken), weigh up to 4 tons and come from several different sites in western Wales, having been transported as far as 225 km (140 miles). It’s a mystery how stones got there! 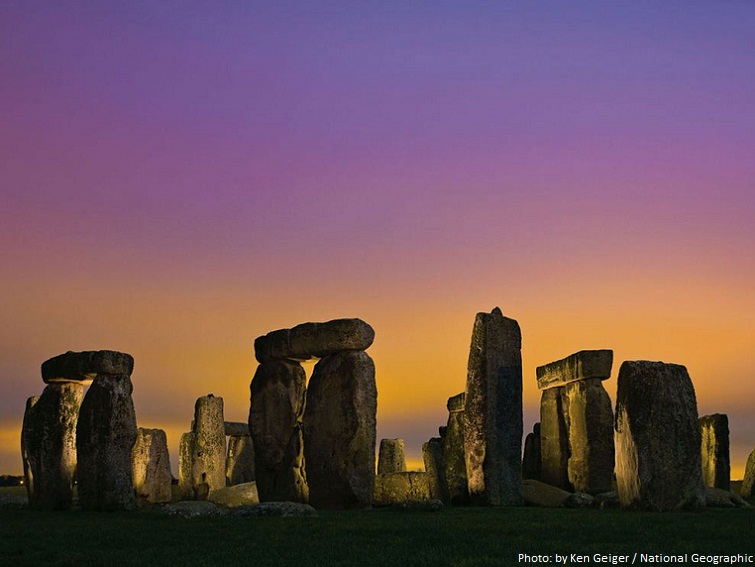 The purpose of Stonehenge’s existence is another hotly debated issue as records are so sparse from the time of its construction. It may have been used as a memorial to commemorate leaders of the nearby tribes; a site of miracle healing; a burial ground; or an astronomical observatory to mark the winter solstice. Whatever its purpose, it was built with a sophisticated understanding of mathematics and geometry, as it is aligned with the rising and setting of the Sun.

It’s difficult to come to a definite conclusion about Stonehenge because more than half the stones are believed to be missing and many have fallen over.

Some people believe that aliens built Stonehenge but there has not been any proof of this theory.

Stonehenge is the most well-known of over 900 stone ring monuments in the British Isles.

It has been estimated that the construction of Stonehenge required more than thirty million hours of labor.

Today Stonehenge is on the list of UNESCO World Heritage Sites, and it is one of the Seven Wonders of the Medieval World.

Over 800,000 people visit Stonehenge every year.

One response to “Interesting facts about Stonehenge”