Sour cream or soured cream is a dairy product.

It is made by fermenting regular cream with certain kinds of lactic acid bacteria.

The bacterial culture, which is introduced either deliberately or naturally, sours and thickens the cream.

Its name comes from the production of lactic acid by bacterial fermentation, which is called souring. 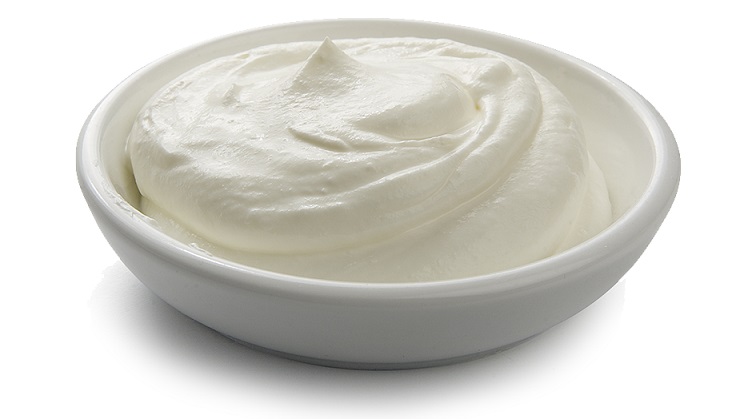 Originally, making sour cream involved allowing fresh cream to sour naturally. The bacteria that developed during fermentation thickened the cream and made it more acidic, a natural way of preserving it.

Today, commercial sour cream is made from light cream of from 18 to 20 percent milk fat which, after pasteurization, is inoculated with lactic-acid-producing bacteria. The cream is ripened 14 to 16 hours at 72°F (22°C), then chilled and aged from 12 to 48 hours. The bacterial action thickens the cream into a semisolid and adds a tangy flavour.

Sour cream is a vital ingredient in many sweet and savory dishes. The main use of sour cream is to make various dressings and toppings. 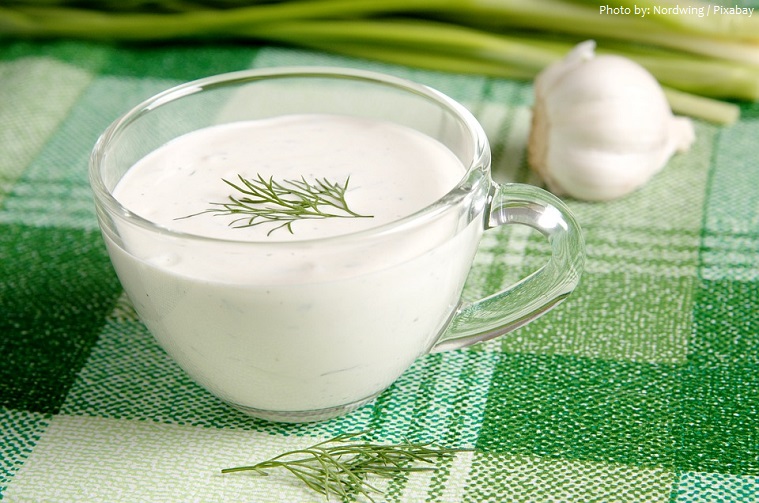 Various types of sour cream are found in many regions of the world.

According to U.S. federal standards, both sour cream and acidified sour cream must contain not less than 18 percent milk fat.

Sour cream is called smetana in Russian and contain 9 to 36 percent milk fat. It is one of the key ingredients in Russian cuisine. In Russia, practically everything is served with sour cream – soups, pancakes, salads, bread, potatoes, vareniki (dumplings) and even desserts. 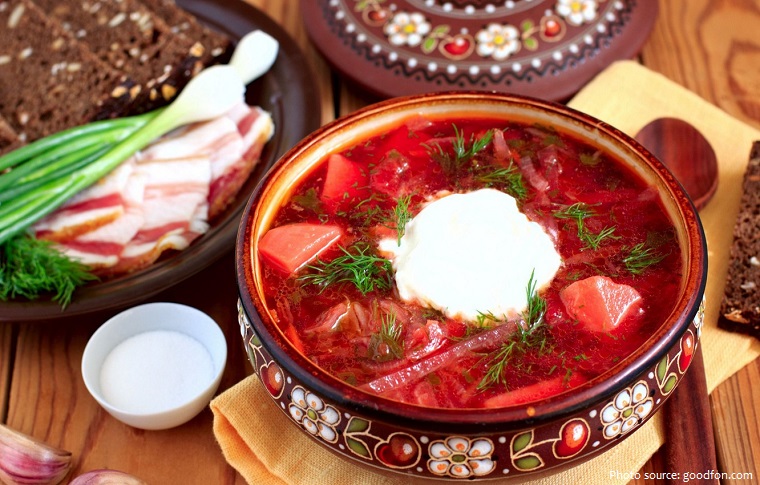 In Tex-Mex cuisine, sour cream is often used as a substitute for crema in nachos, tacos, burritos, taquitos or guacamole.

Clabber is a type of soured milk. In rural areas of the Southern United States, it was commonly eaten for breakfast with brown sugar, nutmeg, cinnamon, or molasses added. Some people also eat it with fruit or black pepper and cream. Prior to the now-popular use of baking soda, clabber was used as a quick leavener n baking. Due to its stability, clabbered milk has been popular in areas without access to steady refrigeration.

Crème fraîche is a French product of from 10 to 45 percent butterfat that is reinoculated with naturally occurring ferments and lactic acid after pasteurization to initiate a “natural” fermentation. Crème fraîche has a tart, slightly nutty flavor. It is used in cooking and is often eaten with fruit. 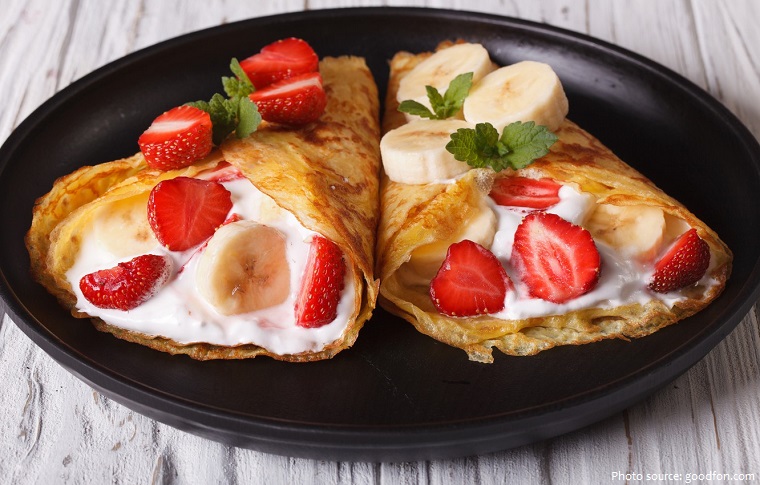 There are many commercial soy-based sour cream substitutes on the market that are appropriate for vegans and those with an allergy to milk products.

Although sour cream contains a lot of fat, it also provides many nutritional benefits. Sour cream offers a wealth of protein, calcium, riboflavin, phosphorus, and vitamin B-12.

When using sour cream, it is a good idea to use the product with one to two days after opening the container, and should be kept in a refrigerator.