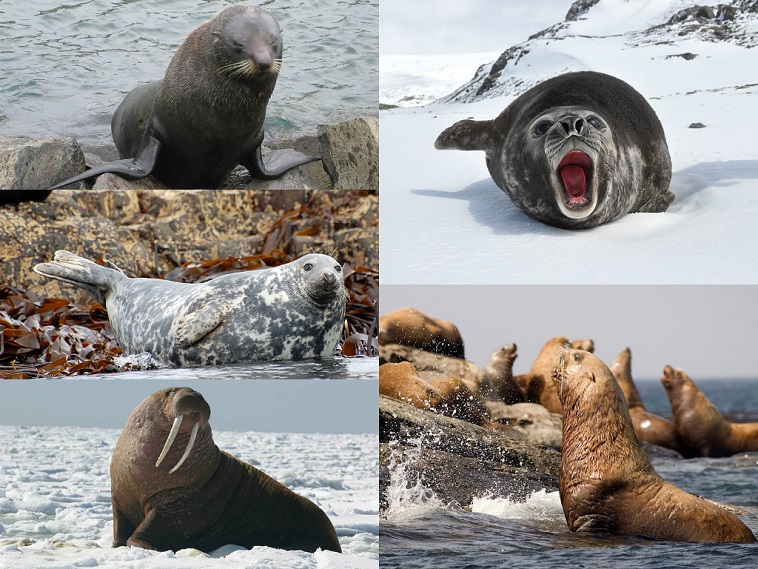 There are 33 species of seals found throughout the world.

Seals are found in most waters of the world, mainly in the Arctic and Antarctica but also in some areas of the tropics.

The lifespan of seals ranges from 15 to 40 years, depending on the sex, species and living conditions. Females usually live longer than males. 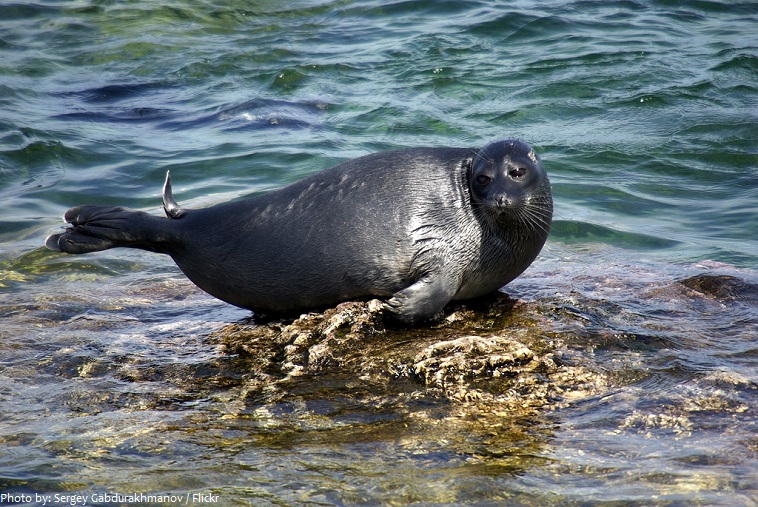 The largest seal species is the southern elephant seal (Mirounga leonina) reaching up to 5.8 meters (19 feet) in length and weighing up to 4,000 kilograms (8,800 pounds). It is 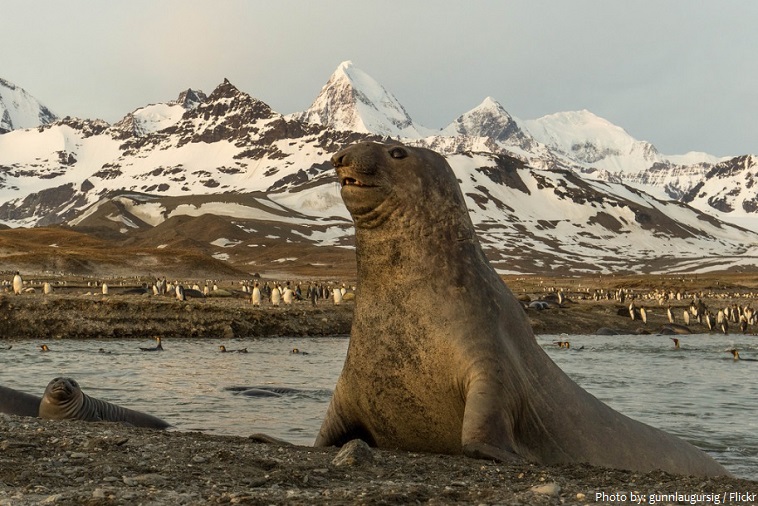 All seals share some general physical characteristics. They all have streamlined bodies for moving through the water and four flippers. Their bodies are covered in soft fur, and under their skin all seals have a layer of blubber which helps insulate them from cold temperatures. However, seals that live in colder climates have more blubber than those that live in warmer climates, even within the same species of seal.

Seals spend most of their lives in the water.

Most seal species live in very large social groups called colonies that may come together to sunbathe in masses of hundreds, and take to the beach to mate and raise young in tightly packed gatherings of thousands.

Seals hunt alone or in groups. Their specialized bodies allow them to hunt for food in the water effectively. Their fins give them the ability to move very rapidly through the water, and seals can also dive deep into the ocean. Seals also have whiskers that are highly sensitive to movements and vibrations, making them effective hunters during the day or night.

They have well-developed senses — their eyesight and hearing are adapted for both air and water.

Seals feed mainly on fish, but shellfish, squid and octopus also feature prominently in their diet. Seals are usually opportunistic feeders and are willing to eat most meat that is available depending on the location. They’re considered to be predatory carnivores, and although most seals eat a vast variety of ocean creatures, some species eat only specific prey, such as crustaceans or krill. And a few, like the leopard seal, feed on large vertebrates, such as penguins and other seals. 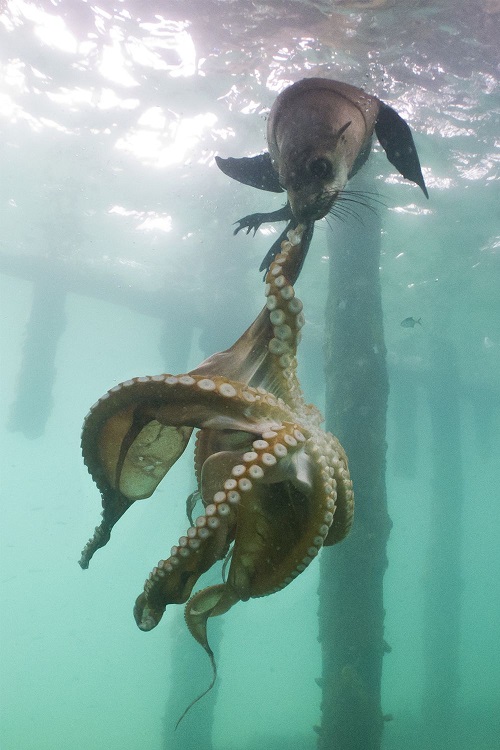 They eat a great deal of food each day so it can take them many hours to feed each day. Generally the will consume up to 5% of their overall body weight.

Seals dive for three minutes at a time typically, and most species can stay under water up to 30 minutes. But champion divers, such as elephant seals, can hold their breath for about 2 hours. 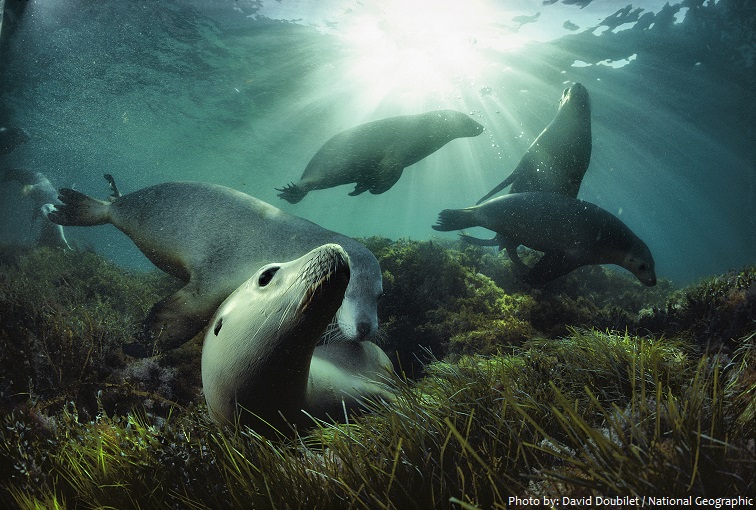 Seals can sleep both in the water and on land, making it easier for them to choose whatever’s best for their situation to avoid dangers. Scientists have recorded them sleeping for minutes at a time while slowly drifting downward in a belly-up orientation. Like other marine mammals, seals sleep in water with half of their brain awake so that they can detect and escape from predators. When they are asleep on land, both sides of their brain go into sleep mode.

Seals use plenty of sounds for communicating with each other. They can also communicate through movements. 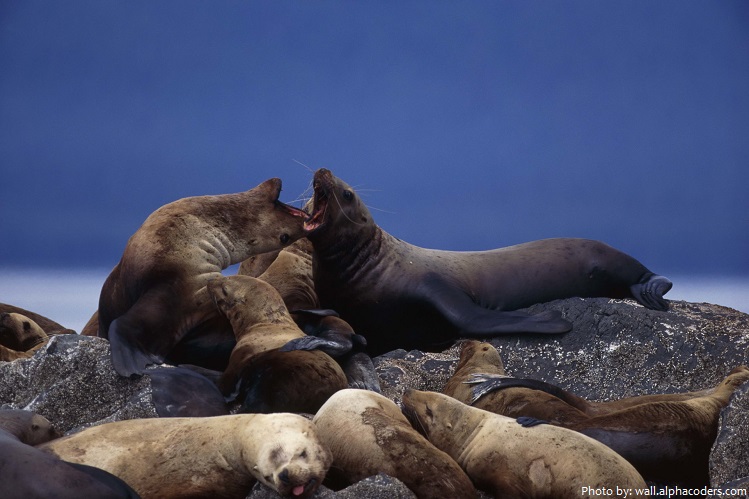 The mating system of seals varies from extreme polygyny to serial monogamy.

Mothers carry their young for a gestation period of around 12 months. For most species, birthing takes place in the spring and summer months. Typically, single pups are born; twins are uncommon and have high mortality rates.

The milk that the females offer their pups can be up to 50% fat. This accounts for the astonishing growth of them. When researchers first started observing pups they couldn’t believe that they would gain 3 to 5 pounds (1.3 to 2.2 kilograms) per day. Yet this is possible due to the amount of fat that is in the milk they drink. They are generally weaned from 3 to 6 weeks of life depending on the species of seal. 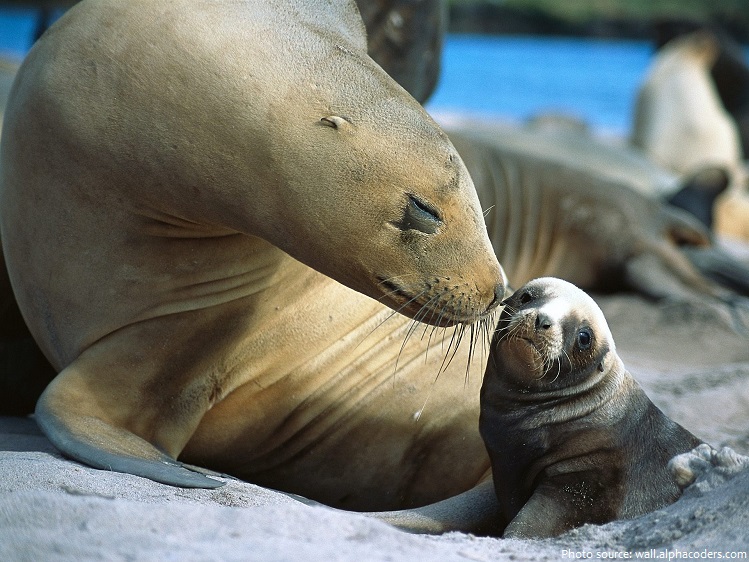 Killer whales, some species of sharks (especially the great white shark), Arctic wolves, polar bears, pumas, brown hyenas, various canid species and even other types of seals prey on seals. Some species of seals don’t have any natural predators due to where they live or their size.

Humans have traditionally hunted seals for their meat, blubber and fur coats, however seals are now protected by international law.

Seals have been kept in captivity since at least the 17th century. They can be found in facilities around the world, as their large size and playfulness make them popular attractions.

The Japanese sea lion and the Caribbean monk seal have become extinct in the past century, while the Mediterranean monk seal and Hawaiian monk seal are ranked Critically Endangered by the International Union for Conservation of Nature.

Seals belong to the order Carnivora and their closest living relatives are bears and musteloids (weasels, raccoons, skunks and red pandas), having diverged about 50 million years ago.