Sculpture is a three-dimensional work of art.

Durable sculptural processes originally used carving (the removal of material) and modelling (the addition of material, as clay), in stone, metal, ceramics, wood and other materials but, since Modernism, there has been
an almost complete freedom of materials and process. A wide variety of materials may be worked by removal such as carving, assembled by welding or modelling, or moulded or cast.

Sculpture is not a fixed term that applies to a permanently circumscribed category of objects or sets of activities. It is, rather, the name of an art that grows and changes and is continually extending the range of its activities and evolving new kinds of objects. The scope of the term was much wider in the second half of the 20th century than it had been only two or three decades before, and in the fluid state of the visual arts in the 21st century nobody can predict what its future extensions are likely to be.

The earliest undisputed examples of sculpture belong to the Aurignacian culture, which was located in Europe and southwest Asia and active at the beginning of the Upper Paleolithic (50,000 to 12,000 years ago).

An ivory statuette from the Paleolithic period, dating back to around 35,000 BC, is one of the oldest sculptures ever discovered. Discovered in a cave in Hohlenstein-Stadel, Germany in 1939, it was carved out of mammoth tusk. Called Löwenmensch (German for ‘lion human’), it is about 30 cm tall, and depicts a human figure with a feline face. It has been estimated that the carving, using primitive flint tools, likely took more than 350 hours to complete.

Traditions of carving and casting emerged from the ancient civilizations of the Mediterranean. The cultures of Egypt and Mesopotamia often created sculptures on a monumental scale.

The Protoliterate period in Mesopotamia, dominated by Uruk, saw the production of sophisticated works like the Warka Vase and cylinder seals. The Guennol Lioness is an outstanding small limestone figure from Elam of about 3000–2800 BC, part human and part lioness.

The monumental sculpture of ancient Egypt is world-famous, but refined and delicate small works exist in much greater numbers. The Egyptians used the distinctive technique of sunk relief, which is well suited to very bright sunlight.

The Western tradition of sculpture began in ancient Greece, and Greece is widely seen as producing great masterpieces in the classical period. During the Middle Ages, Gothic sculpture represented the agonies and passions of the Christian faith. The revival of classical models in the Renaissance produced famous sculptures such as Michelangelo’s statue of David. Modernist sculpture moved away from traditional processes and the emphasis on the depiction of the human body, with the making of constructed sculpture, and the presentation of found objects as finished art works.

Bust of Nefertiti (1345 BC) has been a symbol of feminine beauty since it was first unearthed in 1912 within the ruins of Amarna, the capital city built by the most controversial Pharaoh of Ancient Egyptian history: Akhenaten. The life of his queen, Nefertiti, is something of mystery: It’s thought that she ruled as Pharaoh for a time after Akhenaten’s death—or more likely, as the co-regent of the Boy King Tutankhamun. Some Egyptologist believe she was actually Tut’s mother. This stucco-coated limestone bust is thought to be the handiwork of Thutmose, Akhenaten’s court sculptor.

The Great Sphinx in Egypt is probably one of the world’s most famous sculptures. In opposite fashion to the Lowenmensch statuette, the Sphinx features, instead, the head of a human on the body of a lion. Originally carved out of the limestone bedrock, the Sphinx measures 65’ high and 240’ long. It has since been restored using stone blocks. Some historians believe the head is that of the pharaoh, Khafra. Though generally thought to date back to about 2500 BC, evidence of water erosion suggests it might possibly be much older.

The Terracotta Army is a part of a massive burial tomb built for Emperor Qin Shi Huang, the first emperor of China. There are over 8,000 life size statues of soldiers buried along with the emperor. There were also 130 chariots with 520 horses and 150 cavalry horses in the tomb. The Terracotta Army was discovered by farmers digging a well in 1974, over 2,000 years after it was covered over during the burial of Emperor Qin.

The Winged Victory of Samothrace, also called the Nike of Samothrace, is a 2nd-century BC marble sculpture of the Greek goddess Nike (Victory). The winged goddess of Victory standing on the prow of a ship overlooked the Sanctuary of the Great Gods on the island of Samothrace.

The Thinker (Le Penseur) is a bronze sculpture by Auguste Rodin. The work shows a nude male figure of over life-size sitting on a rock with his chin resting on one hand as though deep in thought and is often used as an image to represent philosophy. The figure is about 186 centimeters (73 inches) high. The Thinker was originally conceived not in heroic isolation, but as part of Rodin’s monumental Gates of Hell—a pair of bronze doors intended for a new Musée des Arts Decoratifs in Paris.

The Statue of Liberty is a colossal neoclassical sculpture on Liberty Island in New York Harbor in New York City, in the United States. Its design and construction were recognized at the time as one of the greatest technical achievements of the 19th century, and, it was hailed as a bridge between art and engineering. 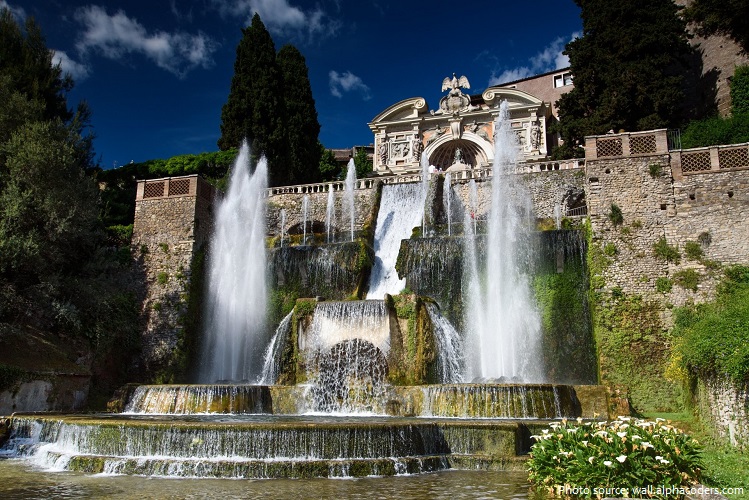