It is the capital city of Hokkaido Prefecture and Ishikari Subprefecture.

The city is situated in the southwestern part of Hokkaido, Sapporo lies within the alluvial fan of the Toyohira River, a tributary stream of the Ishikari River.

As of January 2020, the population of Sapporo is about 2 million people.

Sapporo has an average elevation of 29 meters (95 feet) above sea level.

Sapporo’s name was taken from the Ainu language sat poro pet (サッ・ポロ・ペッ), which can be translated as “dry, great river”, a reference to the Toyohira River.

It is one of the nation’s youngest major cities.

In 1857, the city’s population stood at just seven people.

The city was officially founded in 1868.

Unlike much of mainland Japan, Sapporo’s growth was carefully planned. 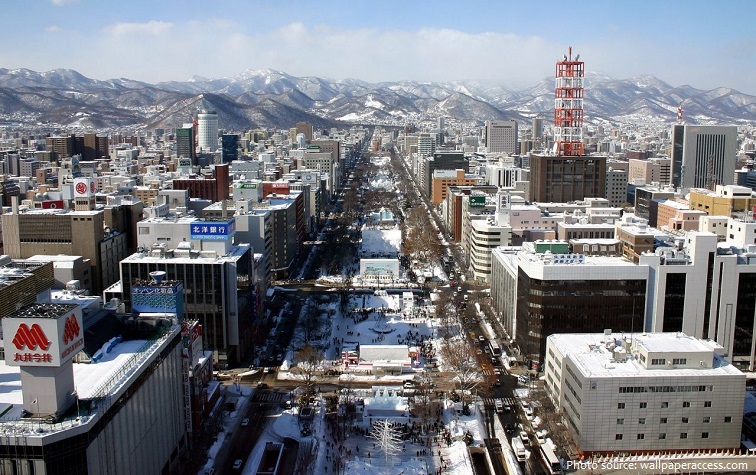 Laid out in 1871, with wide, tree-lined boulevards intersecting each other at right angles, the city was made the prefectural capital in 1886.

Sapporo Beer, the country’s first, was founded in 1876 and quickly became synonymous with the city itself.

The first Sapporo Snow Festival was held in 1950.

Sapporo became world famous in 1972 when the Olympic Winter Games were held there. That was the first Winter Olympics held in Asia. 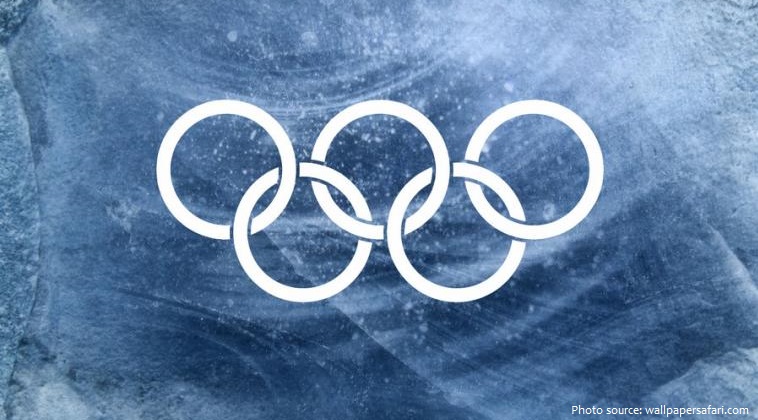 As a relatively new city by Japanese standards, Sapporo’s architecture is mostly modern and there are few traditional-style buildings.

Sapporo plays a role as a major cultural destination and is home to some of Japan’s best-known culinary dishes, theatrical and musical events, as well as points of interest and attractions such as museums and lovely parks that are well worth including on your Japanese itinerary.

The Sapporo Snow Festival is a festival held annually in Sapporo, Japan, over seven days in February. The snow festival attracts in the region of two million visitors, who come to see spectacular snow statues and ice sculptures, as the city turns into a crystal-like winter wonderland. An International Snow Sculpture Contest has been held at the Odori Park site since 1974. 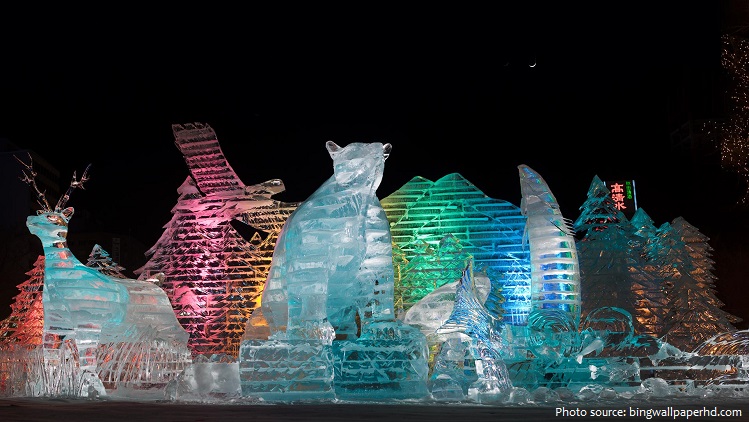 Odori Park is a park located in the heart of Sapporo. Ōdōri (大通) means “large street” in Japanese. Odori Park spans about 1.5 km and covers about 8 hectares (19.5 acres). During the urban planning of Sapporo, it was originally designated as the main street but it eventually became a park. Throughout the year, many events and ceremonies such as the Sapporo Lilac Festival and the Sapporo Snow Festival are held in the park, and local landmarks including the Sapporo TV Tower and the Sapporo City Archive Museum are located within its boundaries. 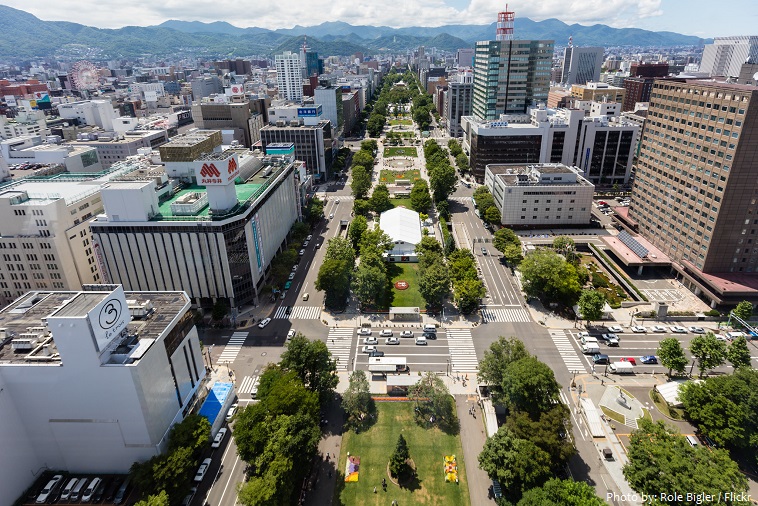 The Sapporo TV Tower built in 1957, is a 147.2-metre-high (483 ft) TV tower with an observation deck at a height of 90.38 metres. Located on the ground of Odori Park, the tower is open to tourists. Tourists can view Sapporo and Odori Park. 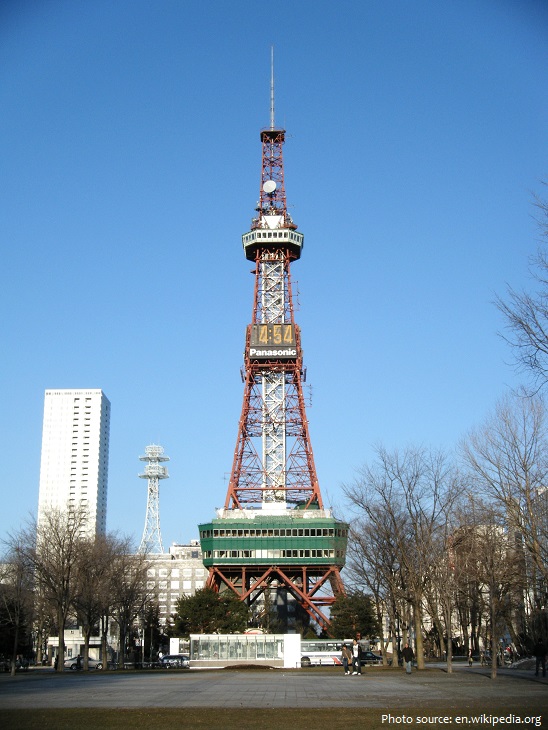 Sapporo Clock Tower is a wooden structure and tourist attraction in Sapporo. The building is of American design and is one of the few surviving Western-style buildings in Sapporo, a city developed in the 1870s with assistance from the American government. It is known by many as the symbol of the city and is a main feature of almost all domestic and international tours of Sapporo. The clock after which it is named continues to run and keep time, and the chimes can be heard every hour. 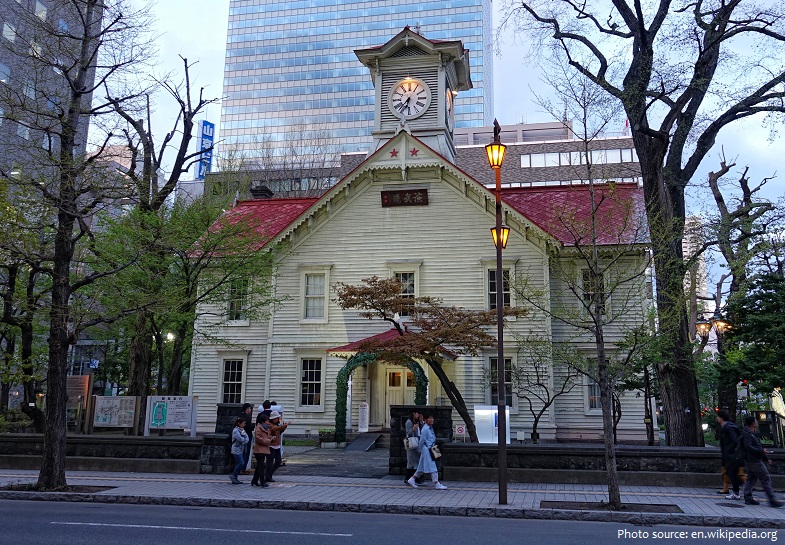 The Sapporo Beer Museum s a museum located in the Sapporo Garden Park. Registered as one of the Hokkaidō Heritage sites in 2004, the museum is the only beer museum in Japan. The red-brick building was erected originally as a factory of the Sapporo Sugar Company in 1890, and later opened as a museum in July 1987. The building also houses the Sapporo Beer Garden in the south wing. 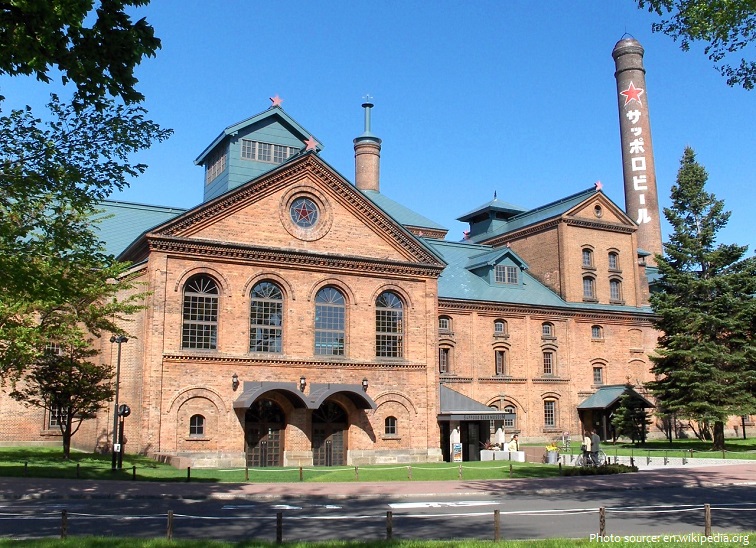 The Hokkaidō Shrine is a Shinto shrine located in Sapporo. The shrine enshrines four kami including the soul of the Emperor Meiji. The area of the Hokkaido Shrine is 180,000 square meters (about 1,940,000 square feet), and is adjacent to Maruyama Park. During the season which cherry blossoms in the area bloom, the shrine is crowded with people enjoying Hanami. Many people also visit the shrine during Japanese New Year to go Hatsumōde.

Maruyama Zoo opened as the 10th largest zoo in the nation in 1951. Its origin stems from Sapporo City hosting a travelling zoo for the “Ueno Zoo” located in Tokyo. Having achieved a good response from people, the city decided to open a zoo itself. The zoo has about 185 varieties of mammals, birds and reptiles as well as raising and exhibiting about 1,000 of living creatures. 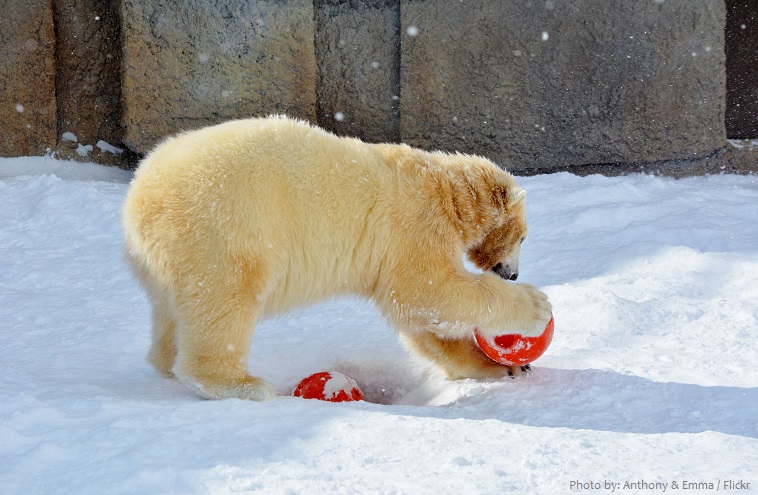 Tanukikoji is one of Sapporo’s most famous spots. It is an approximately 1km-long arcade with around 200 shops. This shopping arcade was established some 150 years ago and has been loved by locals ever since. One of the main charms of Tanukikoji Shopping Street is its nostalgic and unique atmosphere. Retro signboards and shops with interesting products can be found, making strolling around really enjoyable! 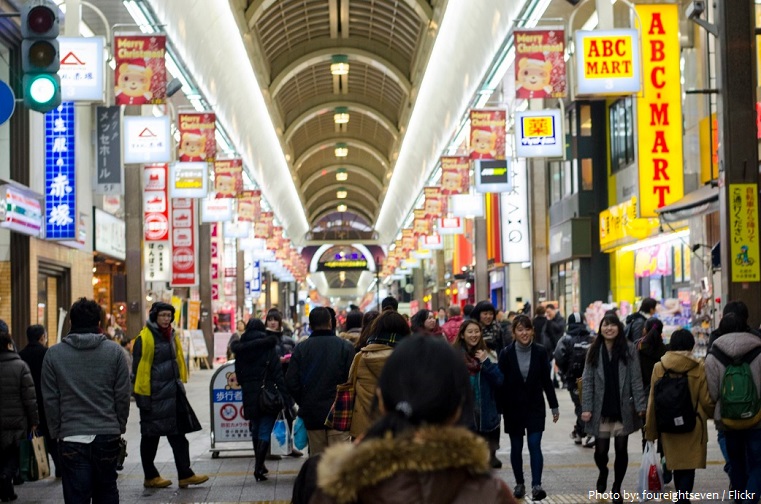 Snow covers the ground 132.4 days a year. The first snowfall is in October and by December the city is covered in snow. There is much snowfall in Sapporo. 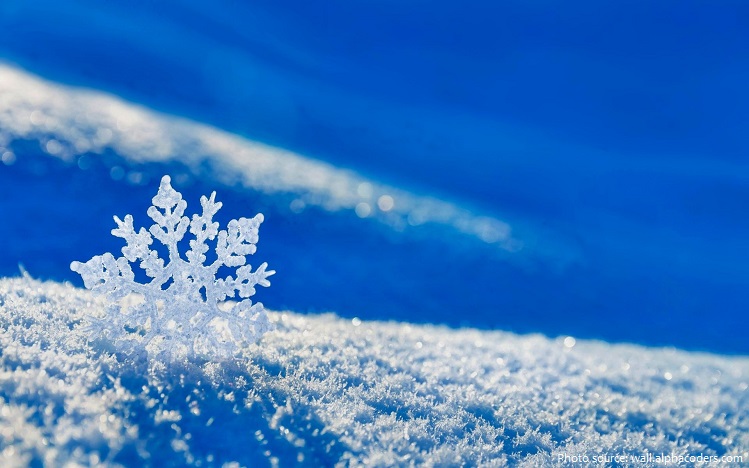 In addition to beer, Sapporo is also famous for its particular style of rāmen noodles, which rank among the best. 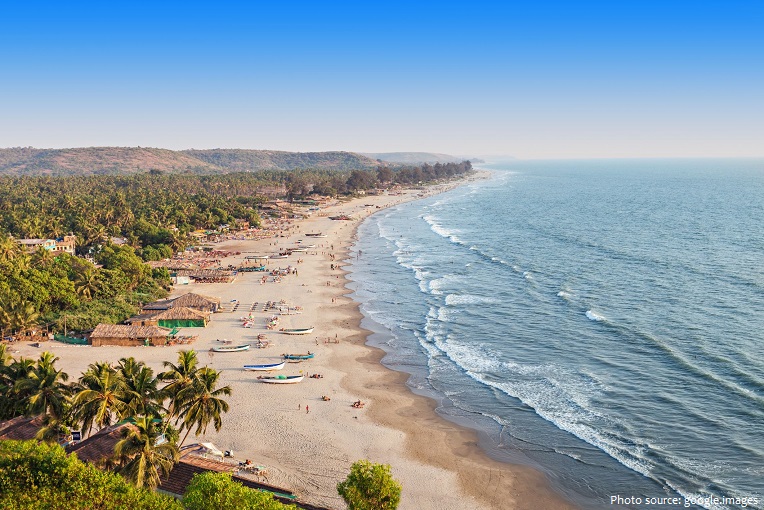 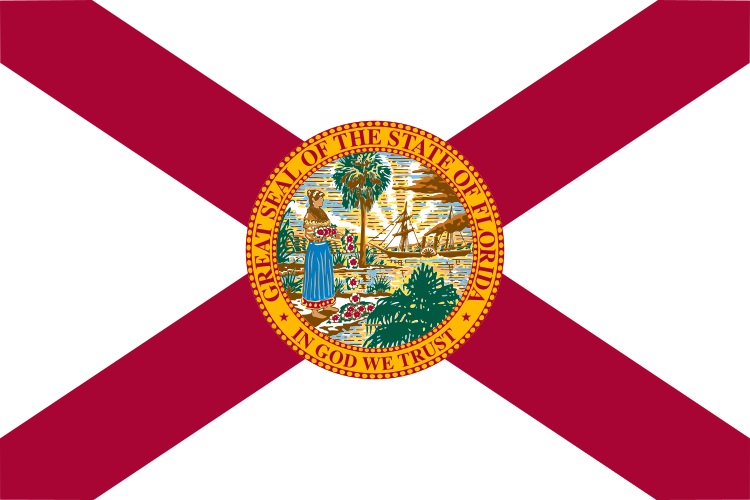