Its color is due mainly to the presence of small amounts of iron, titanium, chromium, copper, or magnesium and normally ranges from a very pale blue to deep indigo, with the most valued a medium-deep cornflower blue.

The only color corundum stone that the term sapphire is not used for is red, which is called a ruby.

Corundum itself is not a very rare mineral, but gem quality corundum is extremely rare. 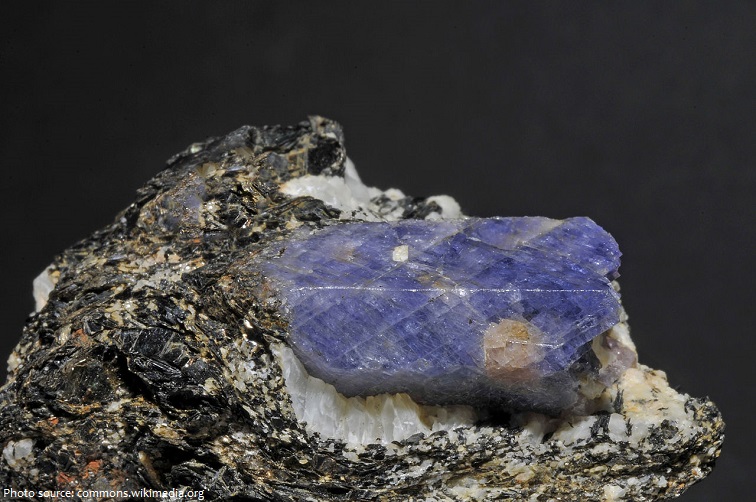 Sapphire is one of only six types of precious gemstones found on planet earth, sharing prestigious company with diamonds, opals, rubies, emeralds, and pearls.

Sapphire is found in only a few locations in the world. The three most famous regions for blue sapphire are Kashmir, Myanmar and Sri Lanka. Sapphire has also been mined in Cambodia, Thailand, Vietnam and India. 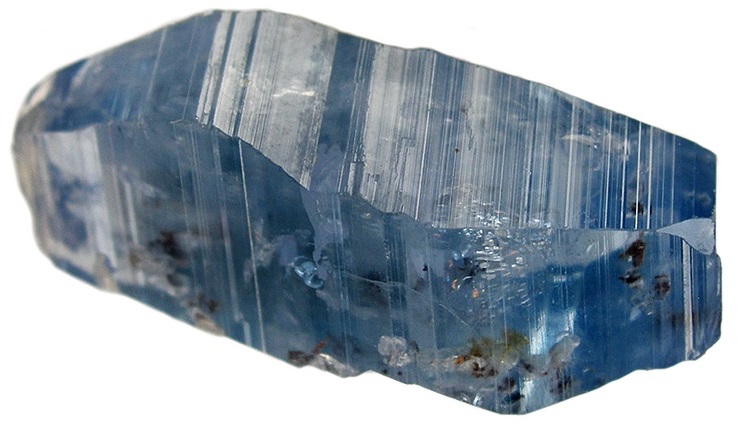 Sapphires (and rubies) have a hardness of 9.0 on the Mohs scale of mineral hardness. Among the natural gems, only diamond is harder.

Despite its great hardness, some sapphire is carved or engraved, especially in the Orient.

A star sapphire is a type of sapphire that exhibits a star-like phenomenon known as asterism; red stones are known as “star rubies”.

The word “sapphire” has been kicking around English for more than 700 years and enjoyed at least two dozen spellings before settling on the current, counterintuitive one. The Greek origin, sappheiros, means “blue stone,” although it probably refers not to the sapphire but to another blue stone, the lapis lazuli. 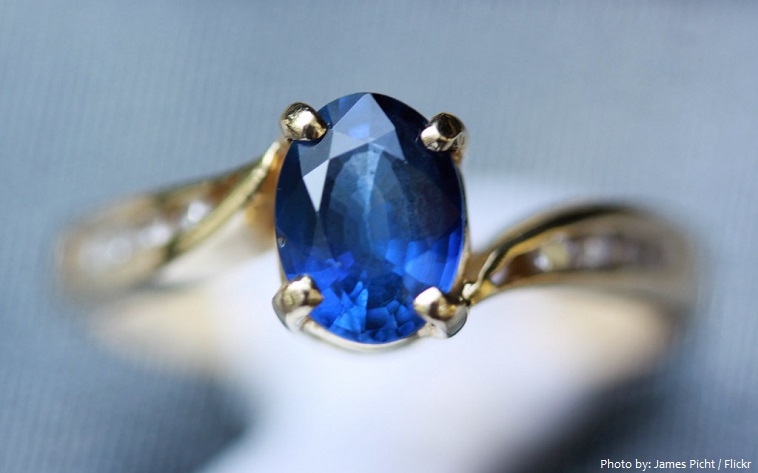 Sapphires have been prized as great gemstones since at least 800 BC.

Rulers of ancient Persia believed the sky was painted blue by the reflection of sapphire stones. And a great poet once described the sapphire as “the blue of a clear sky just minutes after sundown.” Blue sapphires were a holy stone to the catholic church and to Ancient Persians, who believed they made the sky blue with their reflections.

The sapphire has, for centuries, been seen as a symbol of the heavens, a guardian of innocence, a bestower of truth, a promoter of good health, and a preserver of chastity. 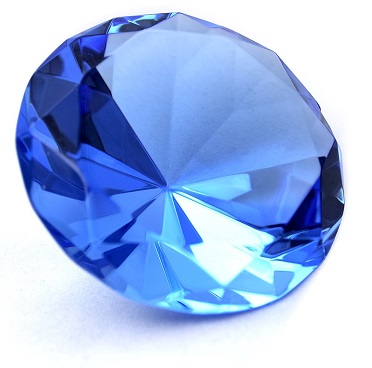 The world’s biggest and most expensive sapphire is blue star sapphire named The Star of Adam — weighing in at 1,404.49 carats, equivalent to about 280 g (about 9.9 ounces) — has been found in a mine in Sri Lanka in 2016. The gem is worth at least $100 million, but could sell for up to $175 million. The current owner, who wants to remain anonymous, told the paper the sapphire was “destined to be a priceless museum piece,” adding that the stone is so big it “cannot set in any kind of jewellery.”

Sapphire is the birthstone for September and the gem of the 45th anniversary.