Porto also known as Oporto in English is is the second-largest city in Portugal after Lisbon and one of the major urban areas of the Iberian Peninsula.

It is located along the Douro River estuary in northern Portugal.

It has 7 civil parishes and is 320 kilometers (200 miles) from Lisbon, the capital of Portugal. 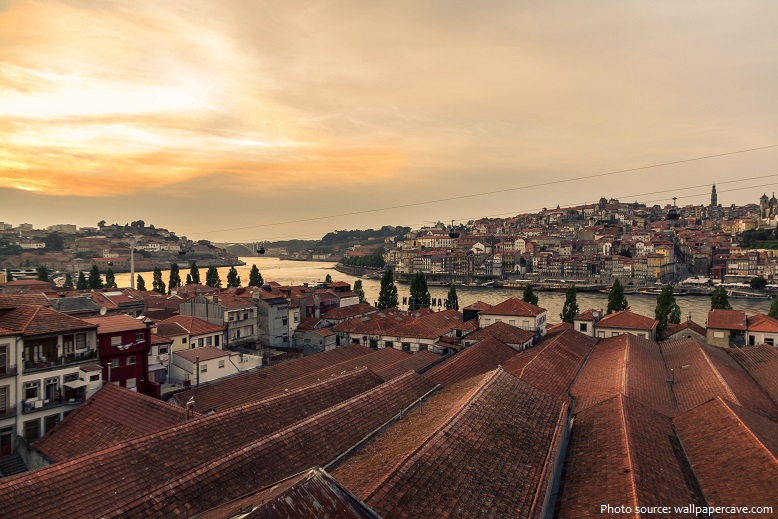 Porto’s geography is hard on the feet, but pleasant to the eye. The city is extremely hilly, with many buildings built into a cliff face that overlooks the river. Stairs cut into the stone run up and down the cliff face and offer a laborious but rewarding walking tour. The western part of its urban area extends to the coastline of the Atlantic Ocean.

Porto is one of the oldest European centers.

The history of Porto dates back to around 300 BC with Proto-Celtic and Celtic people being the first known inhabitants. 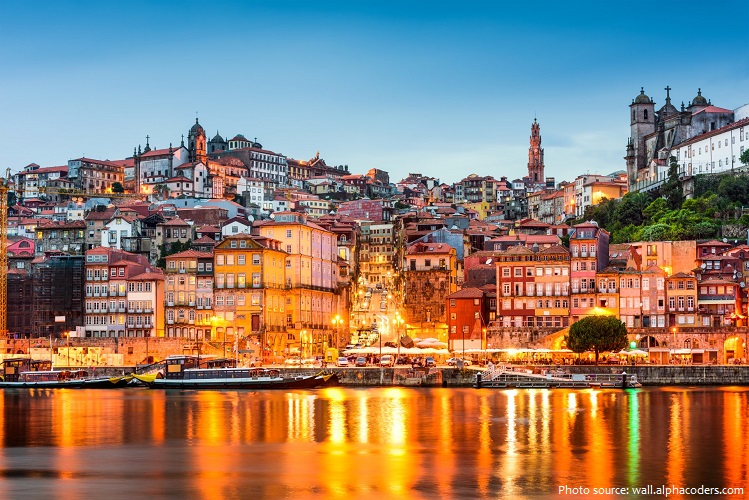 It has been continuously inhabited since at least the 4th Century, when the Romans referred to it as Portus Calle.

Its combined Celtic-Latin name, Portus Cale, has been referred to as the origin of the name Portugal, based on transliteration and oral evolution from Latin.

Over the centuries it had various rulers, among others the Suevi, the Goths and the Moors.

In the 14th century the city became an important port, and Prince Henry the Navigator was born there in 1394. 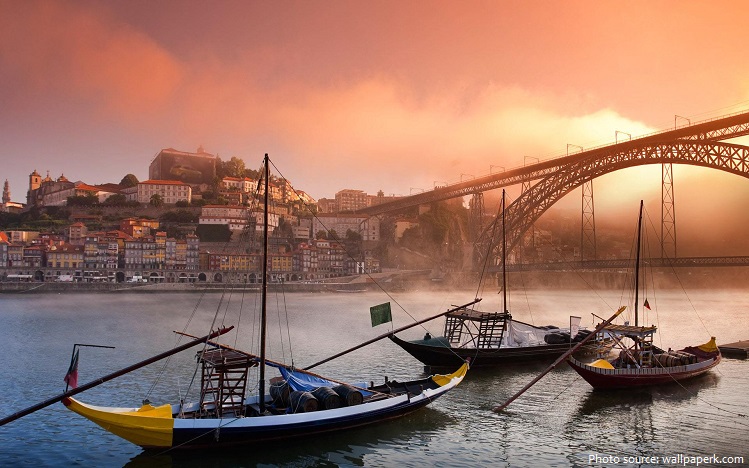 Porto became one of the largest shipyards of the country, not to mention the fact the early 18th century saw the establishment of the Duoro wine region, a moment which played an important role in the development of the Port wine trade.

Porto became a city recognized for its fight for civil rights and during the 19th century, important writers and poets lived in the city.

The city is quite varied architecturally, with medieval as well as modern living side by side.

The historic center of Porto was declared a World Heritage Site by UNESCO in 1996. The World Heritage Site is defined in two concentric zones; the “Protected area”, and within it the “Classified area”. The Classified area comprises the medieval borough located inside the 14th-century Romanesque wall. Despite all the changes over the years, the Historic Centre of Porto maintains its unique urban characteristics. 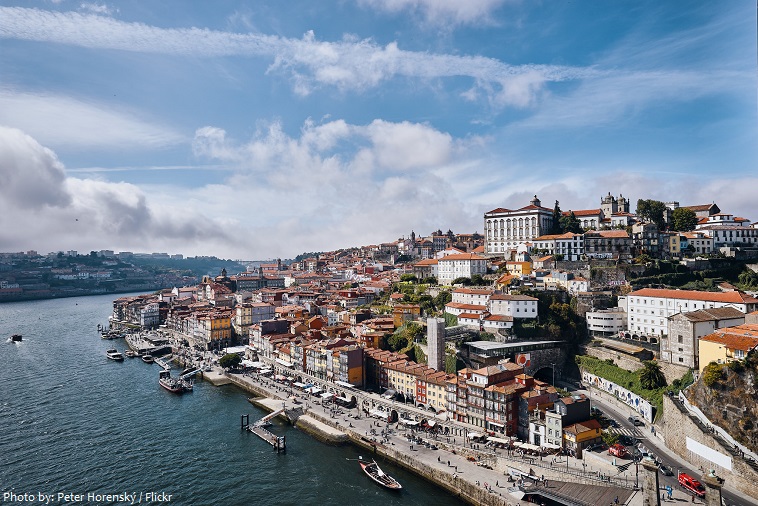 The Porto Cathedral is a Roman Catholic church located in the historical centre of the city of Porto, Portugal. It is one of the city’s oldest monuments and one of the most important local Romanesque monuments. The cathedral was originally a 12th-century Romanesque building with 14th-century Gothic cloisters, but it was largely rebuilt in the 17th–18th century. 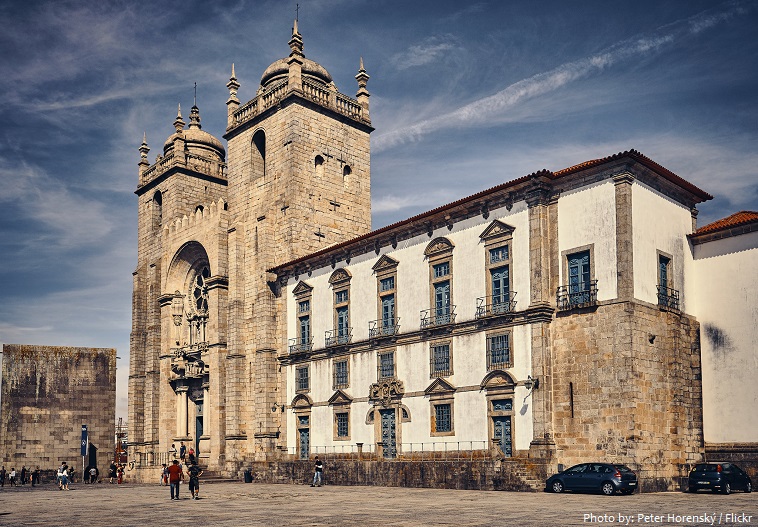 The Church of Saint Francis is the most prominent Gothic monument in Porto, Portugal, being also noted for its outstanding Baroque inner decoration. It is also located in the historic centre of the city, declared World Heritage Site by UNESCO. 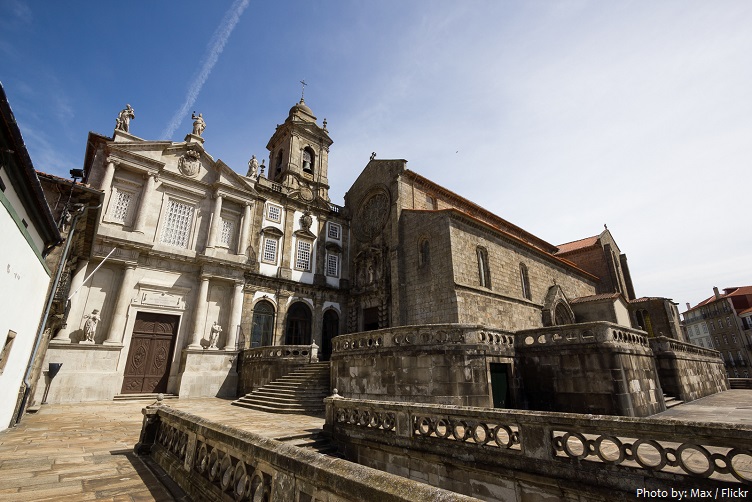 The Clérigos Church is a Baroque church in the city of Porto, in Portugal. Its tall bell tower, the Torre dos Clérigos is 75-meter tall and can be seen from various points of the city and is one of its most characteristic symbols.

The Lello Bookstore also known as Livraria Lello & Irmão and Livraria Chardron, is a bookstore. Along with Bertrand in Lisbon, it is one of the oldest bookstores in Portugal and frequently rated among the top bookstores in the world. 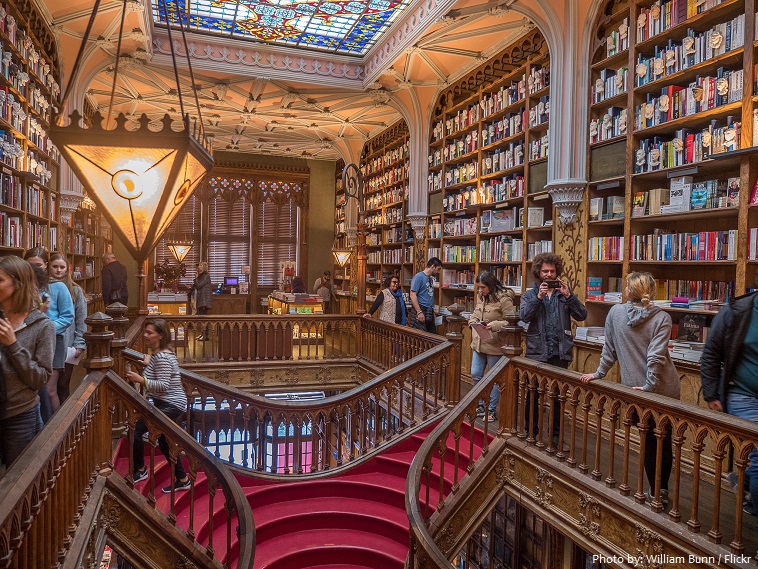 The Café Majestic is a historic café. With its distinctive Art Nouveau façade of curvaceous stonework and undulating motifs, this sparkling gem of a coffee house is unmistakable. Inside, a vintage 1920s ambiance percolates the salon. Arranged throughout the lavish interior are the original carved wood chairs and marble-topped tables that lend Majestic its delightfully bohemian flavor.

The Dom Luís I Bridge or Luís I Bridge, is a double-deck metal arch bridge that spans the River Douro between the cities of Porto and Vila Nova de Gaia in Portugal. At its construction, its 172 meters (564 feet) span was the longest of its type in the world. It has been confused with the nearby Maria Pia Bridge, a railway bridge that was built 9 years earlier (and located 1 kilometre (0.62 mi) to the east), that is similar in aspect to the Luís I bridge.

Porto is chiefly famous for the export of the wine named for it, a popular fortified wine usually served after meals. It is typically a sweet, red wine, often served as a dessert wine, though it also comes in dry, semi-dry, and white varieties. 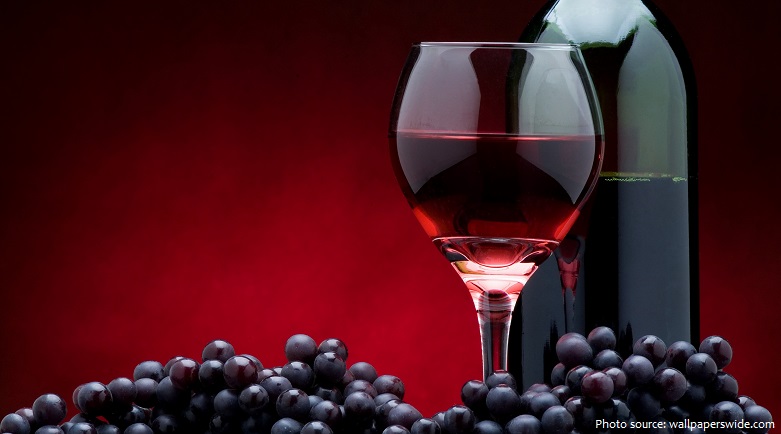 Porto’s most popular event is St. John Festival on the night of 23–24 June. In this season it’s a tradition to have a vase with bush basil decorated with a small poem. During the dinner of the great day people usually eat sardines and boiled potatoes together with red wine. 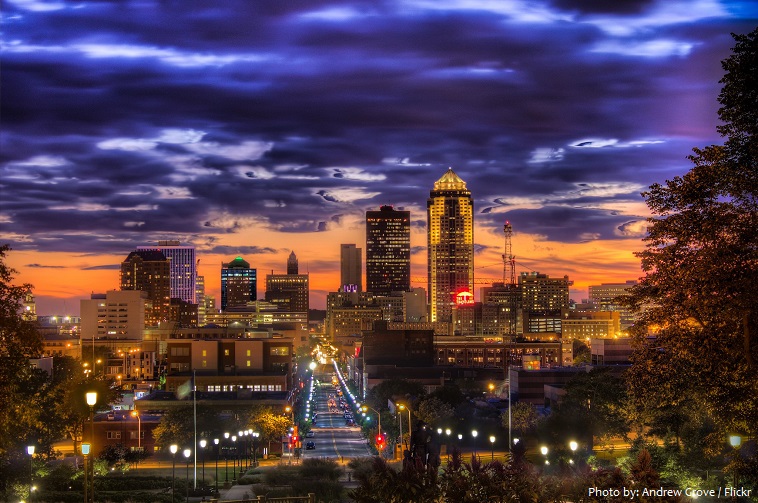