Home
Other
Interesting facts about porcelain

Porcelain is a ceramic material made by heating clay-type materials to high temperatures.

It has a white, fine-grained body that is usually translucent, as distinguished from earthenware, which is porous, opaque, and coarser.

In China, porcelain is defined as pottery that is resonant when struck.

The word “porcelain” is derived from porcellana (cowrie shell), used by Marco Polo to describe the pottery he saw in China.

Porcelain is also referred to as china or fine china in some English-speaking countries, as it was first seen in imports from China.

Porcelain slowly evolved in China and was finally achieved (depending on the definition used) at some point about 2,000 to 1,200 years ago, then slowly spread to other East Asian countries, and finally Europe and the rest of the world. 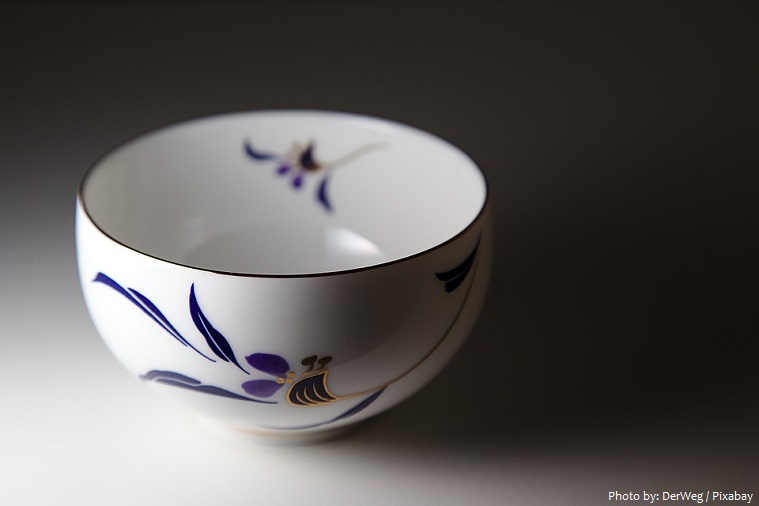 Hard-paste porcelain is fired at 1400 °C (2,600 °F). came from East Asia, specifically China, and some of the finest quality porcelain wares are from this category.

Soft-paste porcelain is fired at 1200 °C (2,200 °F). This type of porcelain date back from the early attempts by European potters to replicate Chinese porcelain by using mixtures of clay and frit.

Bone china is soft-paste porcelain made from bone ash and kaolinite. It was developed in England in 1748 in order to compete with Chinese porcelain. The English had read the letters of Jesuit missionary François Xavier d’Entrecolles, which described Chinese porcelain manufacturing secrets in detail. 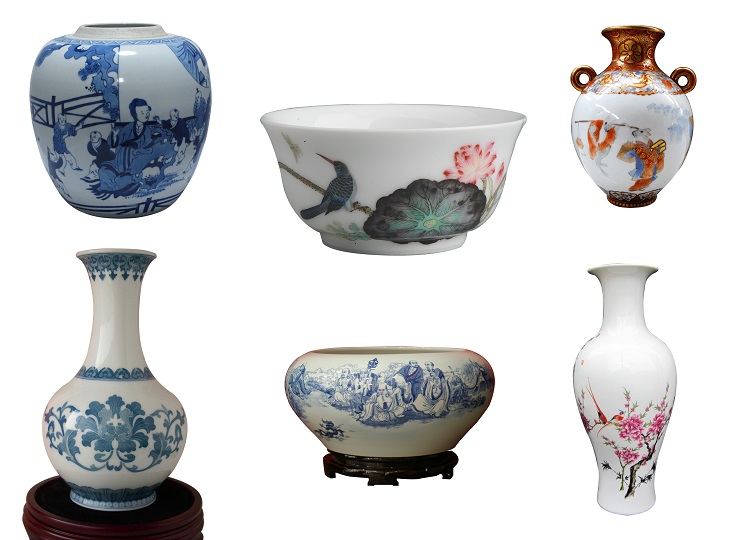 Hard-paste porcelain is preferred on the European continent, whereas bone china is preferred in Britain and the United States.

Porcelain can be made using all the shaping techniques for pottery. It was originally typically made on the potter’s wheel, though moulds were also used from early on. Slipcasting has been the most common commercial method in recent times.

Porcelain can take just about any form besides the traditional vases, jars, cups, shallow bowls, and plates long seen in Chinese ceramics. There are flasks, wine-ewers which look like teapots, lamps, brush rests – often in the form of a mountain range, brush holders, ink stones, lidded boxes of all shapes and sizes, incense burners, tiles, ceramic pillows, and even bird feeders.

Glaze, a glasslike substance originally used to seal a porous pottery body, is used solely for decoration on hard-paste porcelain, which is nonporous. When feldspathic glaze and body are fired together, the one fuses intimately with the other.

Painted decoration on porcelain is usually executed over the fired glaze.

Popular subjects for decoration include stylised flowers, fruits, grapes, waves, lotus scrolls, vine scrolls, reeds and other motifs. Scenes with fish or birds, including songbirds and herons but also seemingly less elegant ones like geese and chickens, were prevalent. Landscapes were another subject matter borrowed from painting. Mythical creatures were popular, especially the dragon, symbolic of good fortune in Chinese culture. 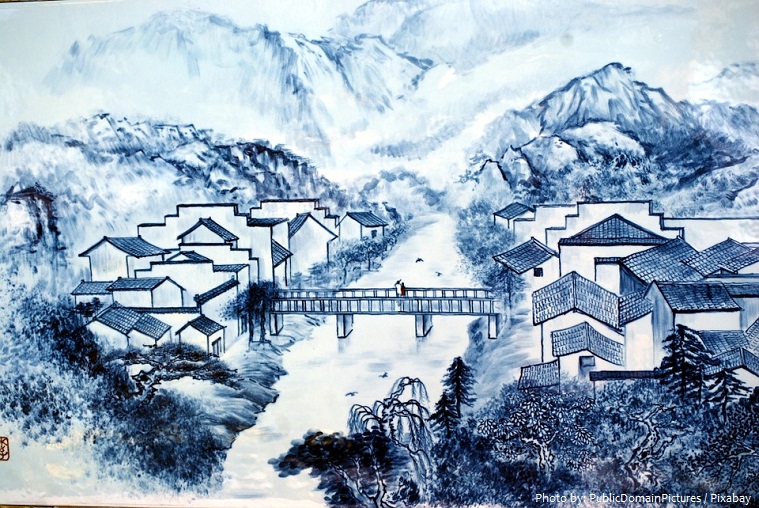 Jingdezhen is known as the “Porcelain Capital” because it has been producing Chinese ceramics for at least 1,000 years, and for much of that period Jingdezhen porcelain was the most important and finest quality in China.

The most expensive porcelain item in the world is an elaborately decorated 18th century Qing Dynasty porcelain vase. It was sold for $84 million at an auction in London in 2010 to a rich Chinese industrialist. 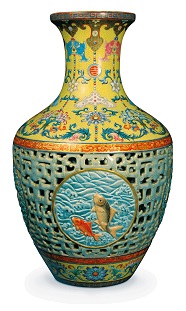 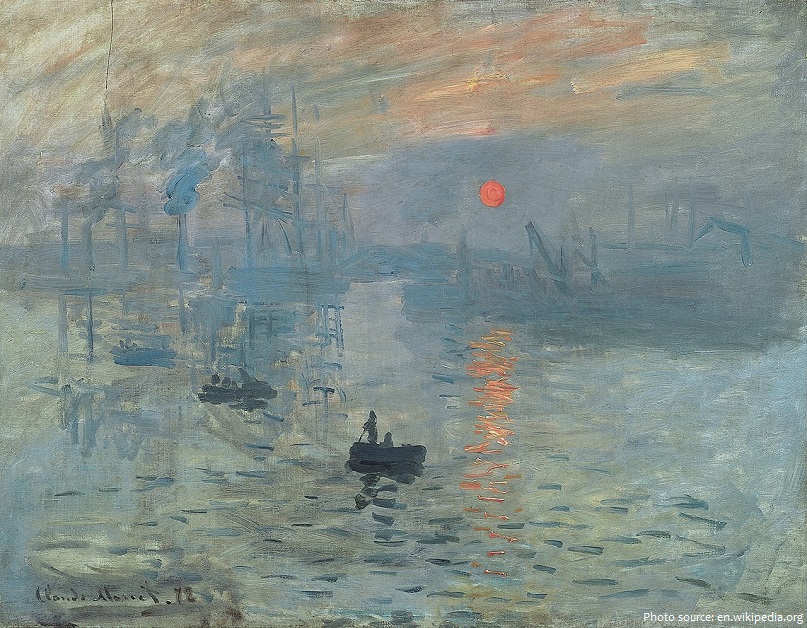