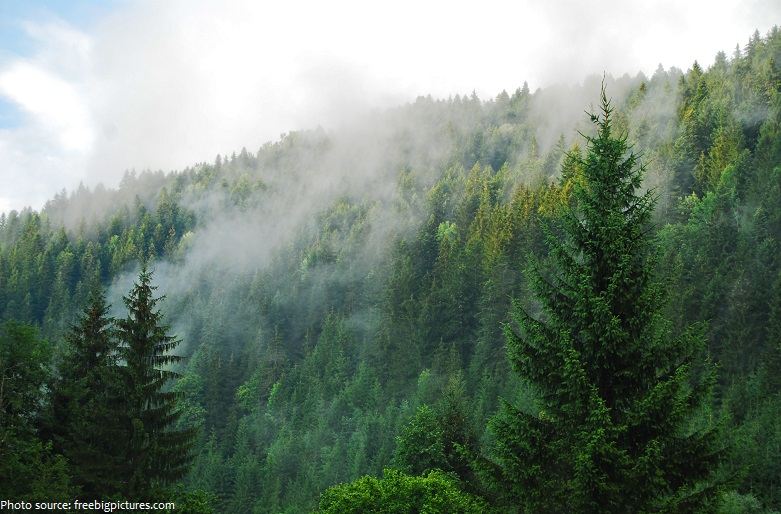 Pines are evergreen coniferous trees that belongs to the family Pinaceae.

There are about 125 species of pines.

Pine trees grow primarily in the Northern Hemisphere. Several species of pine have been artificially introduced to select temperate and subtropical regions in the Southern Hemisphere.

They are found in such places as Europe, Africa, Asia, the United States and Canada.

They grow well in sandy or well-drained soil.

The longest-lived species is the Great Basin bristlecone pine, Pinus longaeva. One individual of this species, dubbed “Methuselah” [photo below], is one of the world’s oldest living organisms at around 4,800 years old. This tree can be found in the White Mountains of California. An older tree, (also bristlecone pine) was discovered in Inyo National Forest, it is over 5,000 years old. 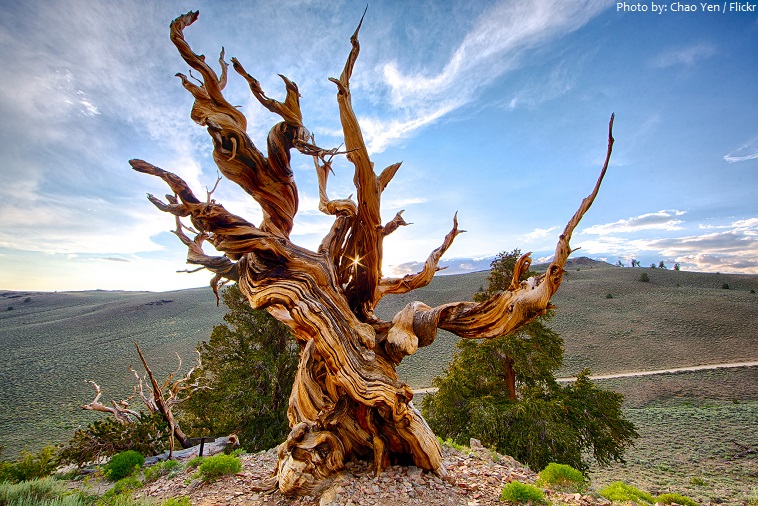 The smallest are Siberian dwarf pine and Potosi pinyon, and the tallest is a 81.79 meters (268.35 feet) tall ponderosa pine [photo below] located in southern Oregon‘s Rogue River-Siskiyou National Forest. 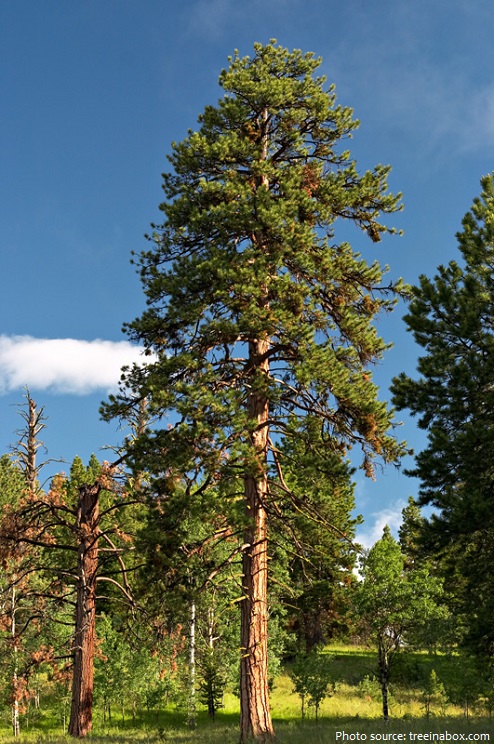 The bark of most pines is thick and scaly, but some species have thin, flaky bark.

Most pine trees produce lateral branches in large whorls running up a straight trunk. Many pines are uninodal, producing just one such whorl of branches each year, from buds at the tip of the year’s new shoot, but others are multinodal, producing two or more whorls of branches per year. 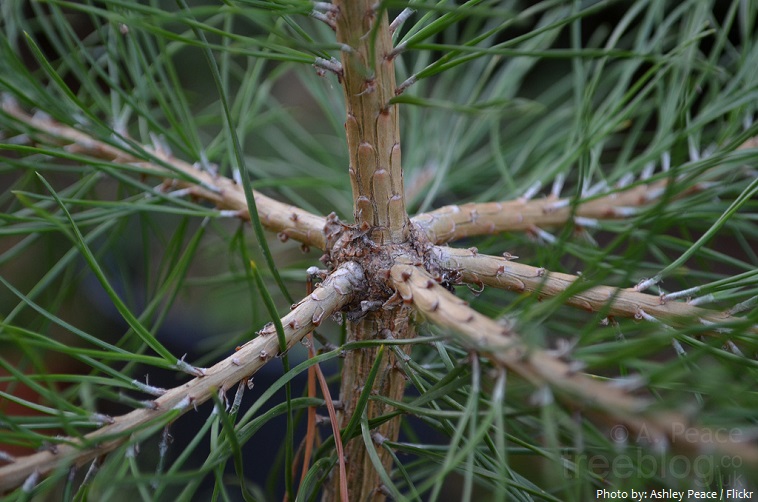 Pines have leaves shaped like needles that remain on the trees throughout the whole year (evergreen plants). Pine tree needles are 2.5 to 28 centimeters (1 to 11 inches) long. 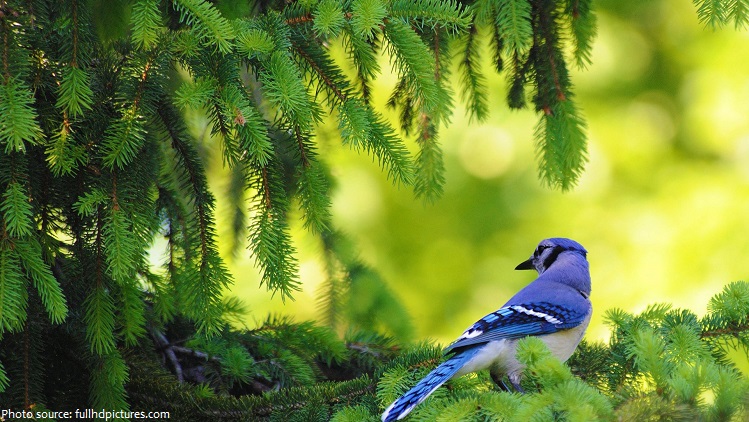 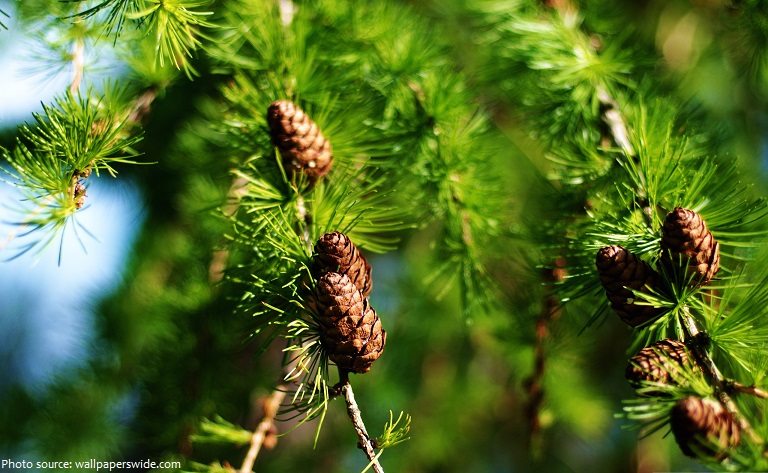 Pines produce resin that flows from the injured bark. Unfortunately, resin is highly flammable and it facilitates spreading of the forest fire. 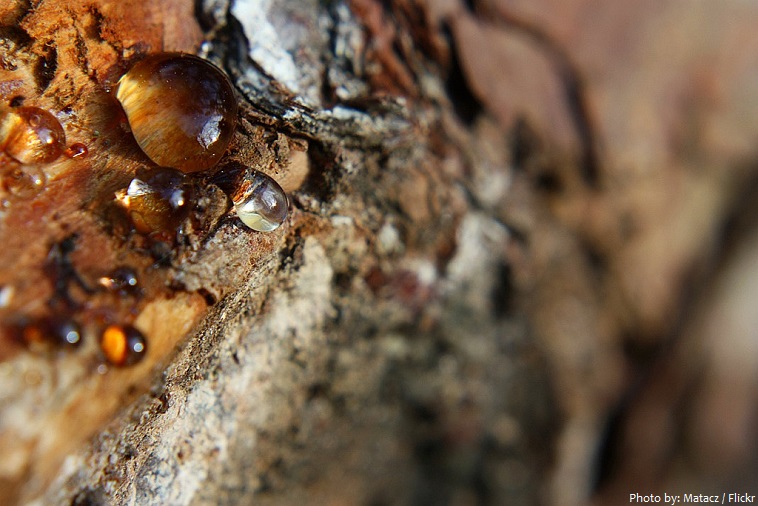 Pines are among the most commercially important tree species valued for their timber and wood pulp throughout the world.

Pine plantations are grown specially to harvest timber. Pine plantations can be harvested after 30 years, with some stands being allowed to grow up to 50 (as the wood value increases more quickly as the trees age).

The wood of pine trees is used in the manufacture of panelling, window frames, floors, roofing, furniture.

Pines are also commercially grown and harvested for Christmas trees. 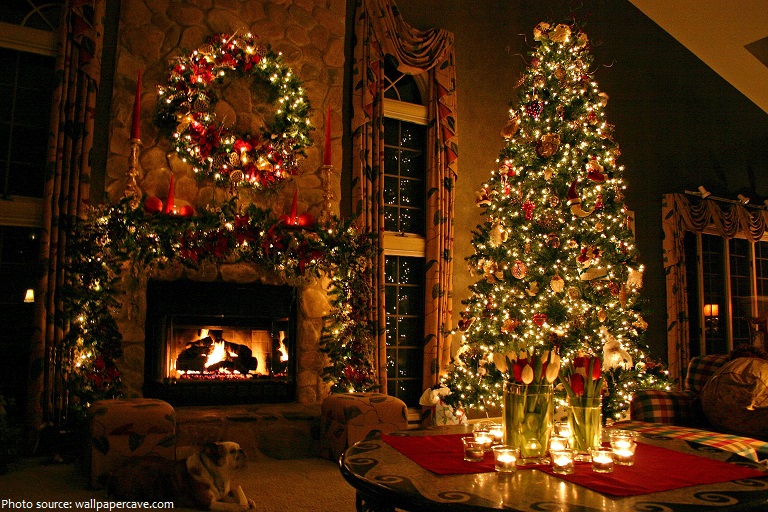 Since Christmas trees first became popular in 16th century Germany and internationally in the 19th century, pines and other evergreens have been the top choice. Their branches are strong enough to hold ornaments, candles, and strings of lights and their fragrance is soothing to anyone who walks into a room where the tree is present.

Many pine species make attractive ornamental plantings for parks and larger gardens with a variety of dwarf cultivars being suitable for smaller spaces.

Pine trees play an important part of the beliefs and legends of many Native American and First Nations people. To many Native people, the pine tree is a symbol of wisdom and longevity. To others, its needles and sap are medicine that protects people from illnesses, witchcraft, and more.

Some species have large seeds, called pine nuts, that are harvested and sold for cooking and baking. Pine nuts are a major source of amino acids and proteins, which make them highly nutritious.

A tea made by steeping young, green pine needles in boiling water (known as “tallstrunt” in Sweden) is high in vitamins A and C.

The pine tree releases a strong pine scent when disturbed or overheated. 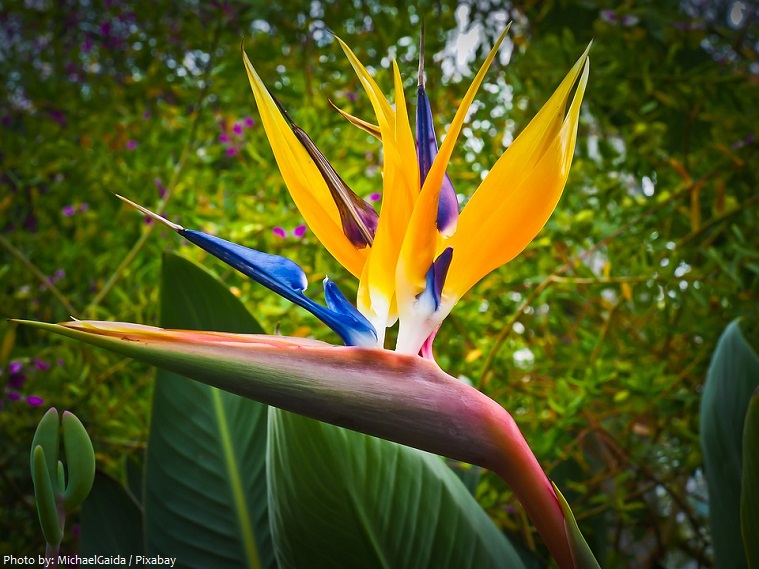 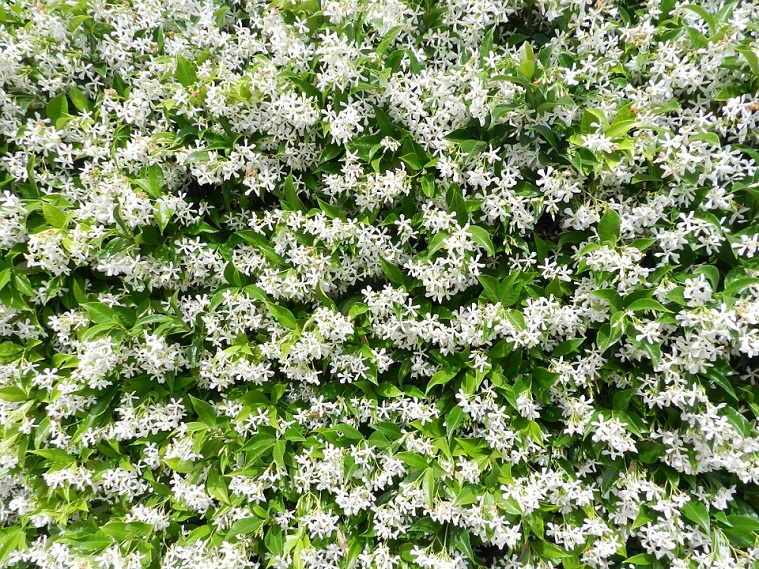 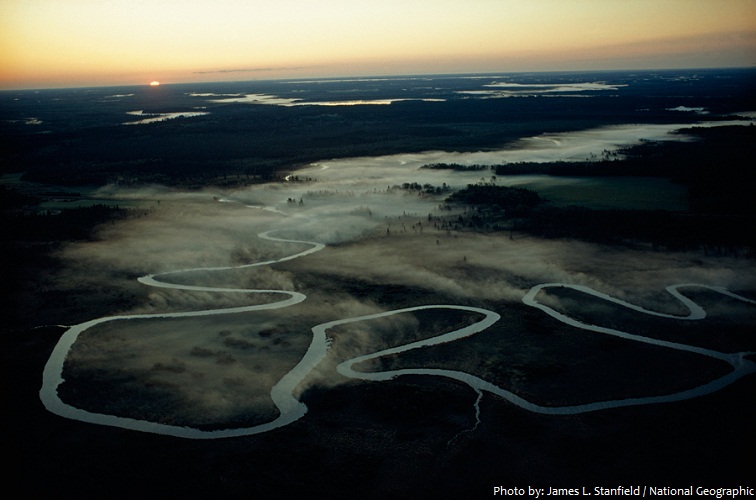