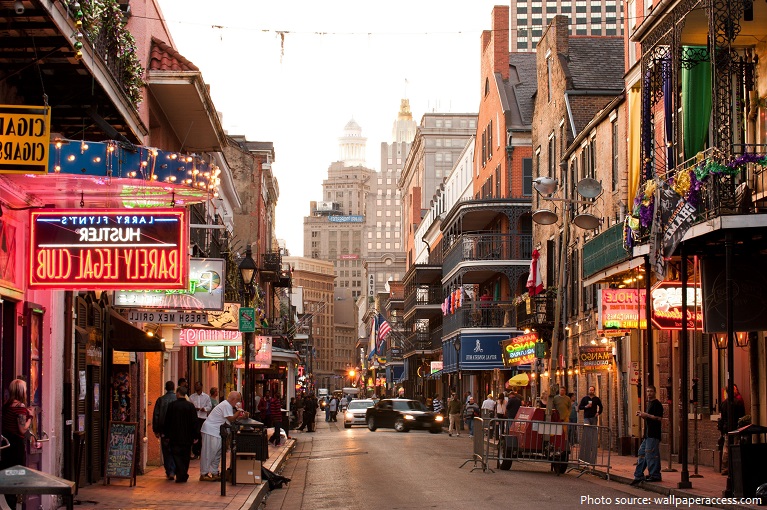 New Orleans is a city in the US state of Louisiana.

It is situated along the Mississippi River in the southeastern part of the state.

As of November 2020, the population of New Orleansis is about 390,000 people. It is the largest city in Louisiana and the 50th most populous city in the United States. 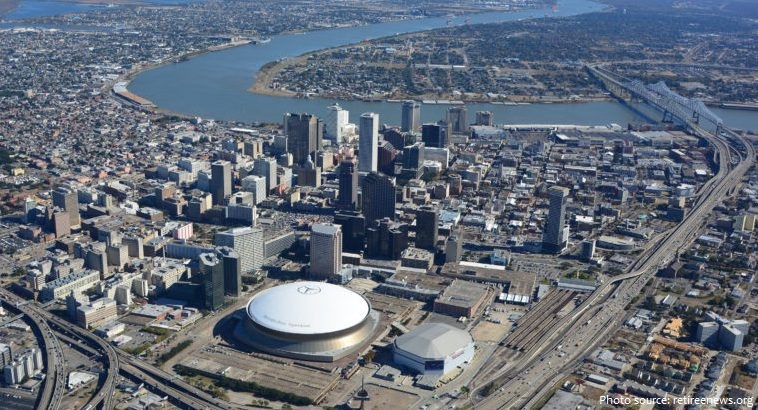 Founded in 1718 by French colonists, New Orleans was once the territorial capital of French Louisiana before being traded to the United States in the Louisiana Purchase of 1803.

In the 19th century, New Orleans was the largest port in the South, exporting most of the nation’s cotton output and other products to Western Europe and New England.

New Orleans in 1840 was the 3rd most populous city in the United States, and it was the largest city in the American South from the Antebellum era until after World War II. 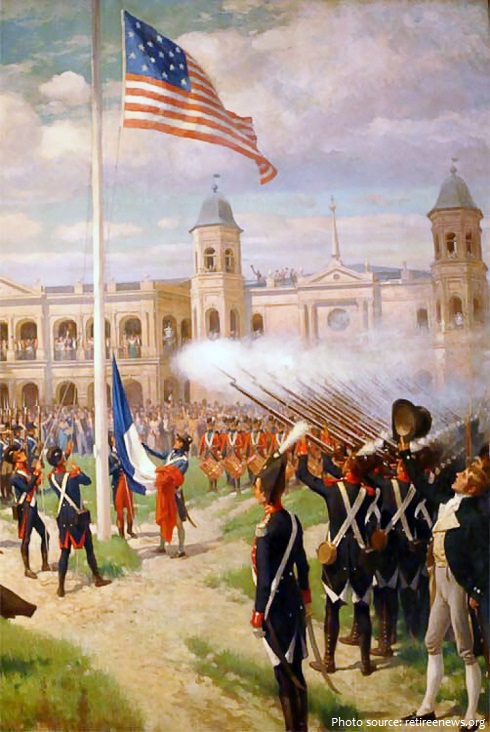 Today, New Orleans is world-renowned for its distinct music, Creole cuisine, unique dialect, and its annual celebrations and festivals, most notably Mardi Gras.

The historic heart of the city is the French Quarter, known for its French and Spanish Creole architecture and vibrant nightlife along Bourbon Street. It is the oldest neighborhood in the city of New Orleans. Most of the extant historic buildings were constructed either in the late 18th century, during the city’s period of Spanish rule, or were built during the first half of the 19th century, after U.S. annexation and statehood. 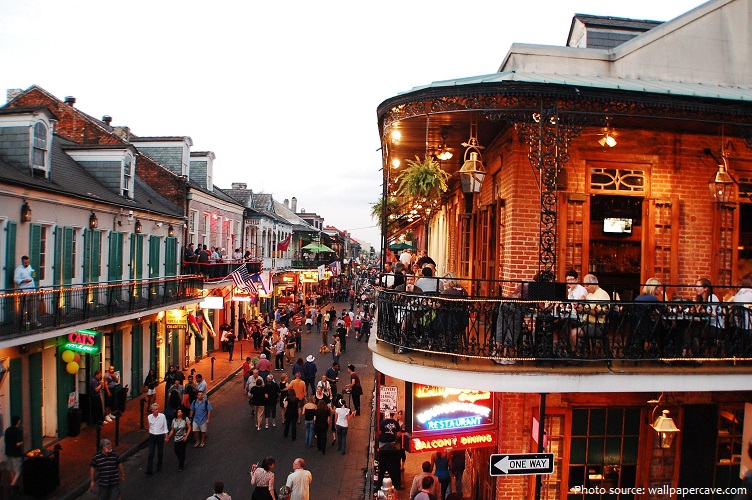 The Cathedral Basilica of Saint Louis, also known as the Saint Louis Cathedral, is a cathedral of the Roman Catholic Church located in the Central West End area of St. Louis, Missouri. Completed in 1914, it is the mother church of the Archdiocese of St. Louis and the seat of its archbishop, currently Mitchell T. Rozanski. The cathedral is named for Saint Louis and was designated a basilica by Pope John Paul II in 1997. 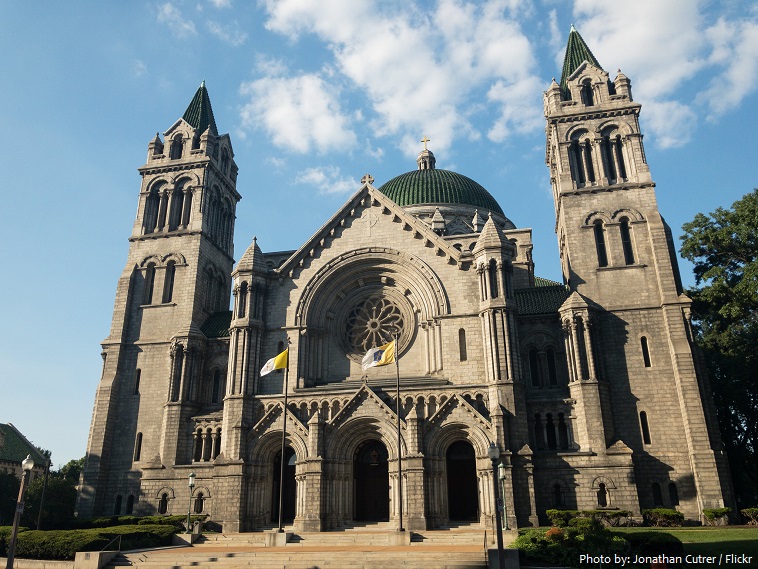 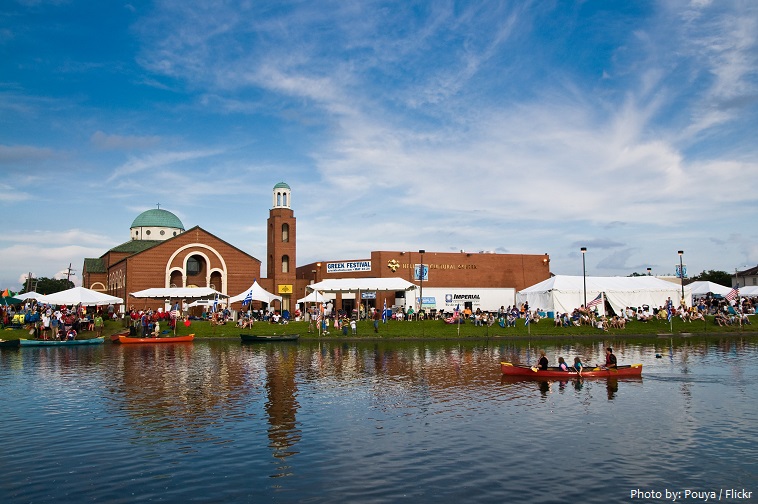 Jackson Square is a historic park in the French Quarter of New Orleans, Louisiana. It was declared a National Historic Landmark in 1960, for its central role in the city’s history, and as the site where in 1803 Louisiana was made United States territory pursuant to the Louisiana Purchase. In 2012 the American Planning Association designated Jackson Square as one of the Great Public Spaces in the United States. 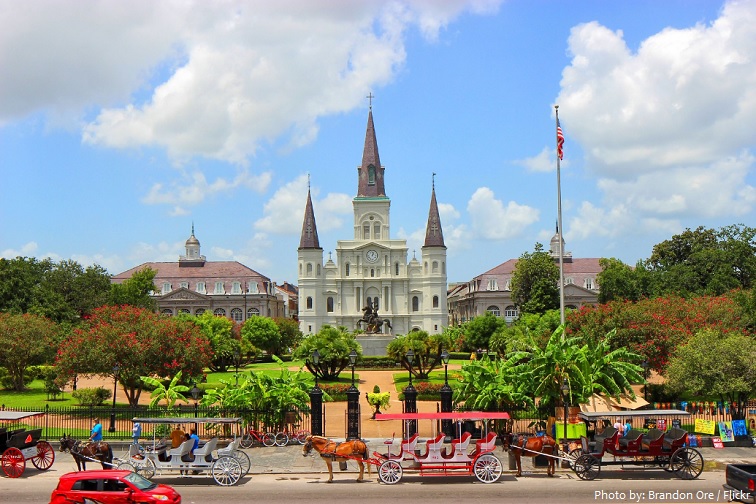 Bourbon Street is a historic street in the heart of the French Quarter of New Orleans. Extending thirteen blocks from Canal Street to Esplanade Avenue, Bourbon Street is famous for its many bars and strip clubs. It is the main tourist attraction in the city. For millions of visitors each year, Bourbon Street provides a rich insight into New Orleans’ past. 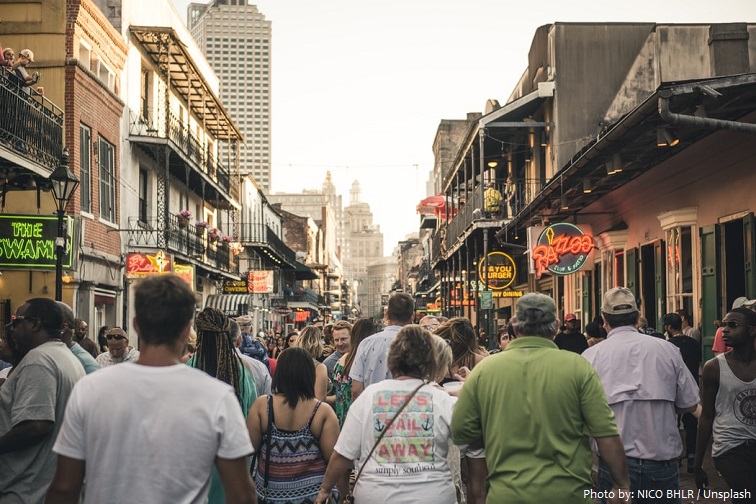 The New Orleans Museum of Art is the oldest fine arts museum in the city of New Orleans. It is situated within City Park, a short distance from the intersection of Carrollton Avenue and Esplanade Avenue, and near the terminus of the “Canal Street – City Park” streetcar line. It was established in 1911 as the Delgado Museum of Art. 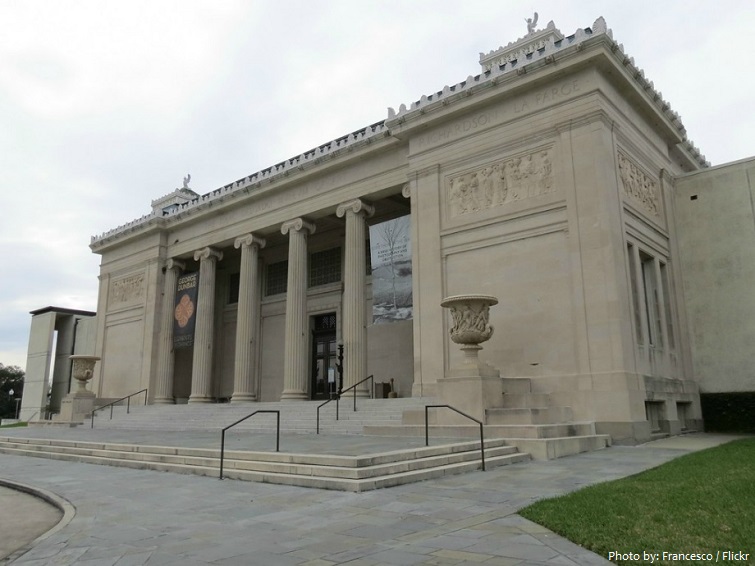 The National WWII Museum, formerly known as The National D-Day Museum, is a military history museum located in the Central Business District of New Orleans. The museum focuses on the contribution made by the United States to Allied victory in World War II. Founded in 2000, it was later designated by the US Congress as America’s official National WWII Museum in 2003. The museum is a Smithsonian Institution affiliated museum. The mission statement of the museum emphasizes the American experience in World War II. 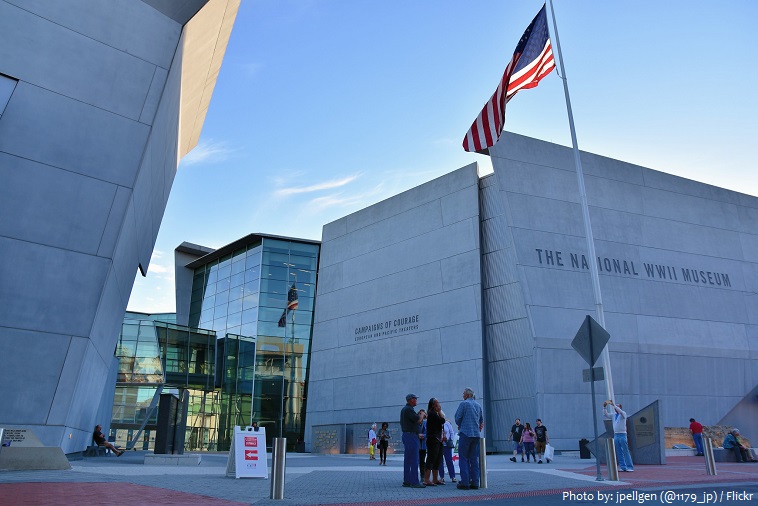 The French Market is a market and series of commercial buildings spanning six blocks in the French Quarter. Founded as a Native American trading post predating European colonization, the market is the oldest of its kind in the United States. It began where Café du Monde currently stands and has been rebuilt and renovated a number of times. The market is included on the Louisiana African American Heritage Trail. 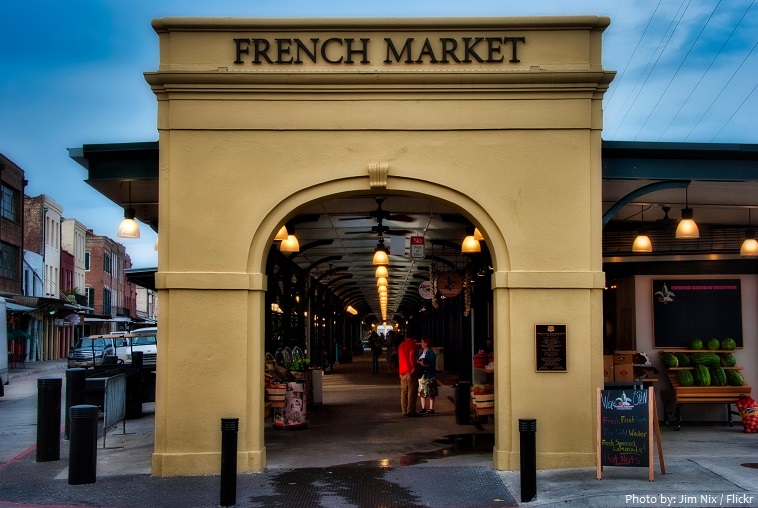 The Audubon Aquarium of the Americas is an aquarium in New Orleans. It is located along the banks of the Mississippi River by the edge of the historic French Quarter off Canal Street, at the upper end of Woldenberg Park. It opened on September 1, 1990. 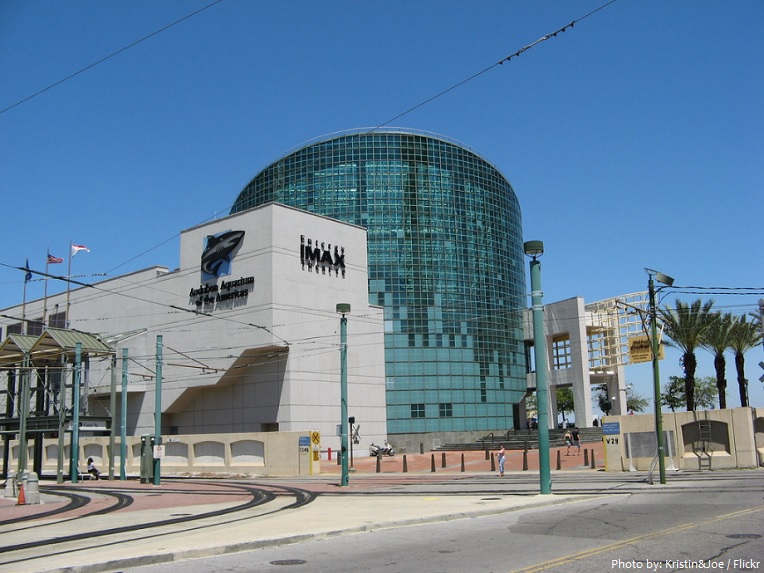 The Audubon Zoo is an American zoo located in New Orleans. It is part of the Audubon Nature Institute which also manages the Aquarium of the Americas. The zoo covers 23 hectares (58 acres) and is home to 2,000 animals. It is located in a section of Audubon Park in Uptown New Orleans, on the Mississippi River side of Magazine Street. The zoo and park are named in honor of artist and naturalist John James Audubon who lived in New Orleans starting in 1821. 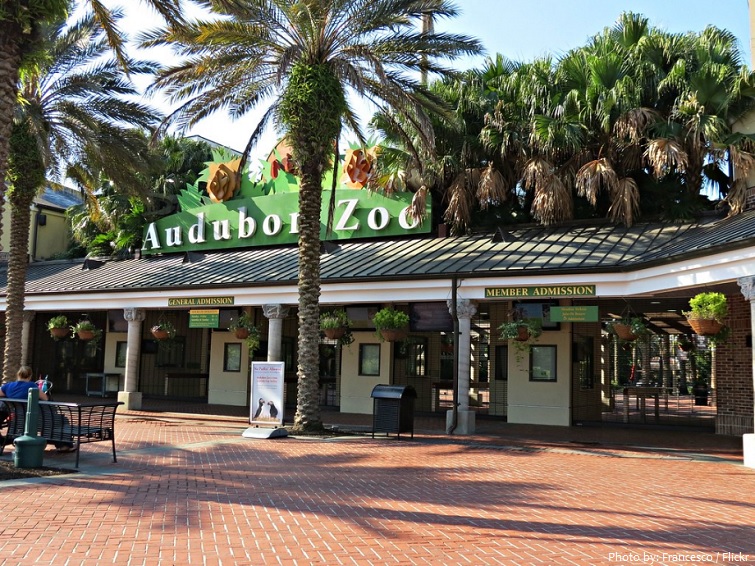 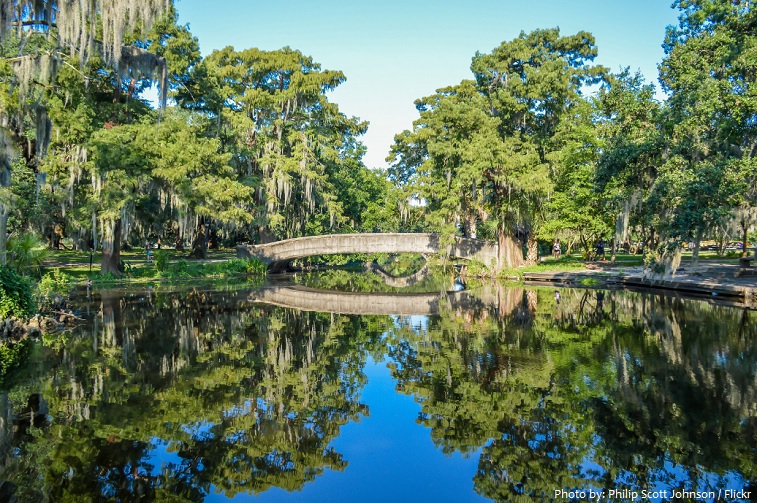 The city is named after the Duke of Orleans, who reigned as Regent for Louis XV from 1715 to 1723.

New Orleansis has several nicknames:
• Crescent City alludes to the course of the Lower Mississippi River around and through the city.
• The Big Easy was possibly a reference by musicians in the early 20th century to the relative ease of finding work there. It may have originated in the Prohibition era, when the city was considered one big speakeasy due to the government’s inability to control alcohol sales, in open violation of the 18th Amendment.
• The City that Care Forgot has been used since at least 1938, and refers to the outwardly easy-going, carefree nature of the residents. 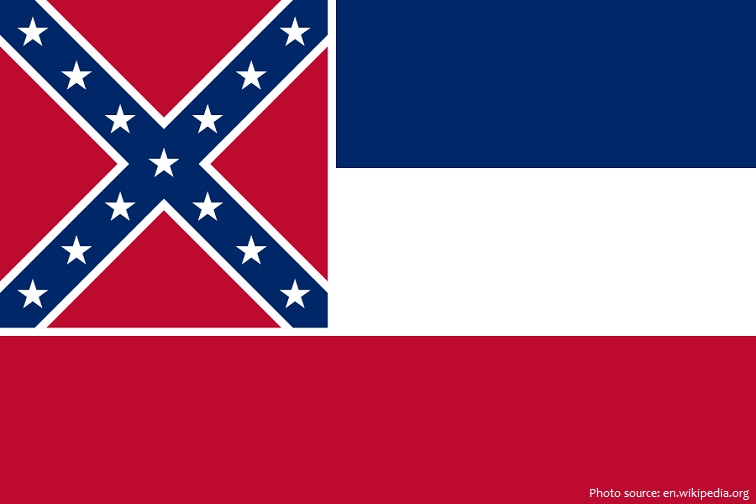 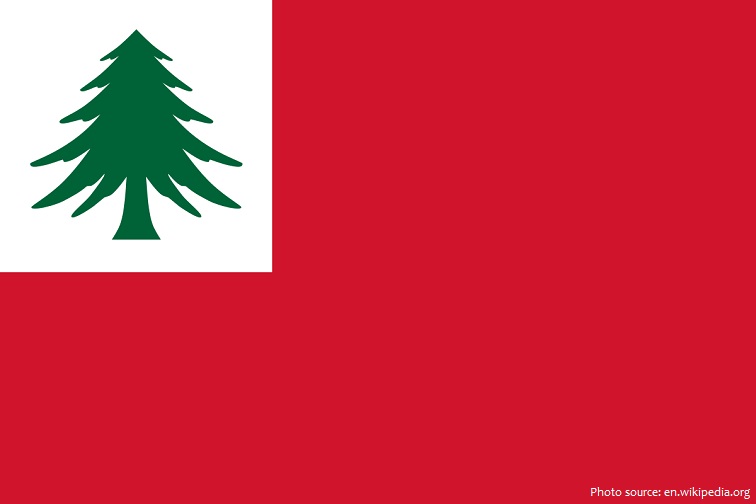 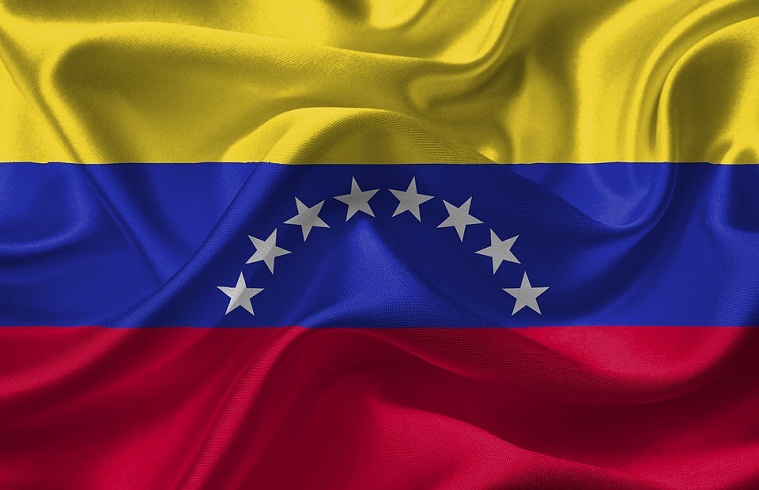