The mustang is a free-roaming horse of the Western United States.

Although free-roaming Mustangs are called “wild” horses, they descend from feral domesticated horses brought to the Americas by the Spanish.

According to the Oxford English Dictionary, the English word “mustang” was likely borrowed from two essentially synonymous Spanish words, mestengo and mostrenco. English lexicographer John Minsheu glossed both words together as ‘strayer’ in his dictionary of 1599. Both words referred to livestock defined as ‘wild, having no master’. 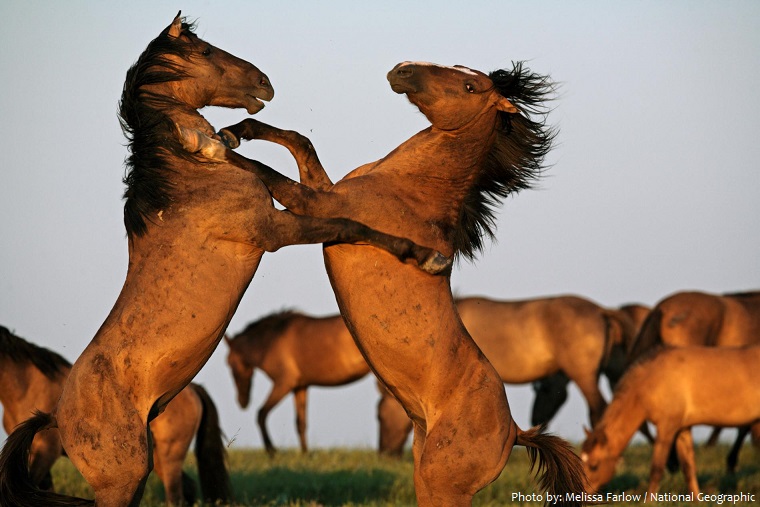 In 1971, the United States Congress recognized that “wild free-roaming horses and burros are living symbols of the historic and pioneer spirit of the West, which continue to contribute to the diversity of life forms within the Nation and enrich the lives of the American people”.

Modern horses were first brought to the Americas with the conquistadors, beginning with Columbus, who imported horses from Spain to the West Indies on his second voyage in 1493. 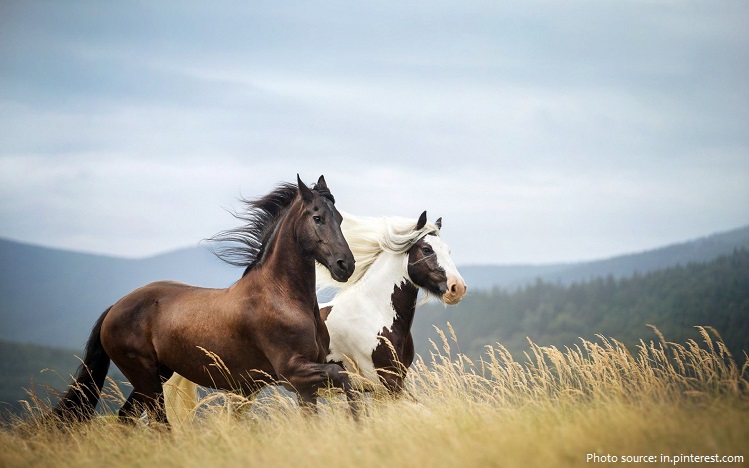 Native American people readily integrated use of the horse into their cultures. They quickly adopted the horse as a primary means of transportation. Horses replaced the dog as a pack animal and changed Native cultures in terms of warfare, trade, and even diet—the ability to run down bison allowed some people to abandon agriculture for hunting from horseback. 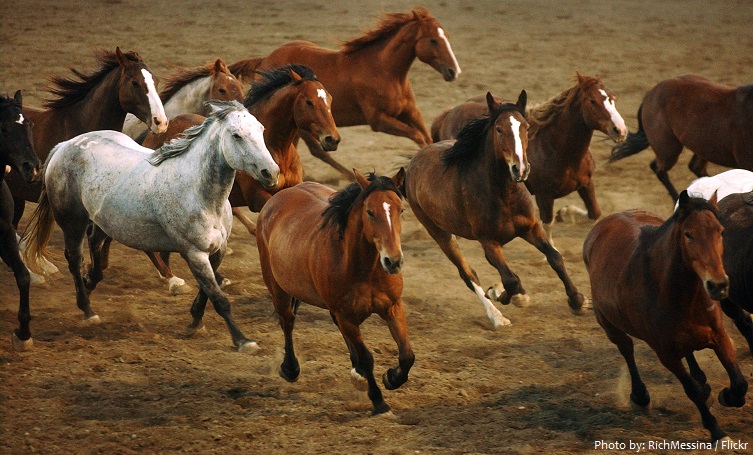 At one point in time, about 100 years ago, there were over 2 million mustangs roaming the land throughout the United States. Today, there are about 50,000 mustangs left in the wild.

Mustangs live in small herds that generally consist of one stallion and two to eight mares, their foals, and various young mustangs. A herd will wander and graze within a specific territory. The
horses will tolerate other herds near the edges of their territory, and will even join them in warding off attacks from predators. Their social order is well established. When a threat appears,
the lead mare will lead the herd away from the danger. Meanwhile the stallion remains to defend the herd and its territory, snorting fiercely while pawing the ground with his front hoofs to raise a
cloud of dust. 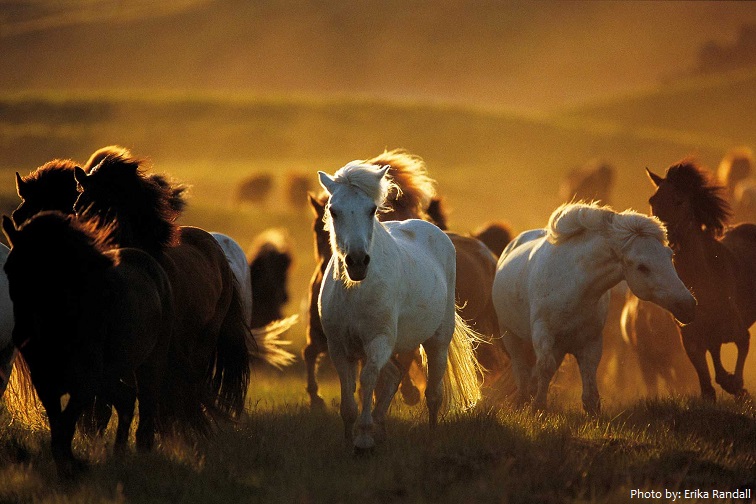 They may be of any coat color.

Mustangs have thick, brush-like manes and forelocks, and their eyes are set further on the sides of their heads than other breeds, giving them a distinctive look from straight on.

Mustangs are described as surefooted and having good endurance. 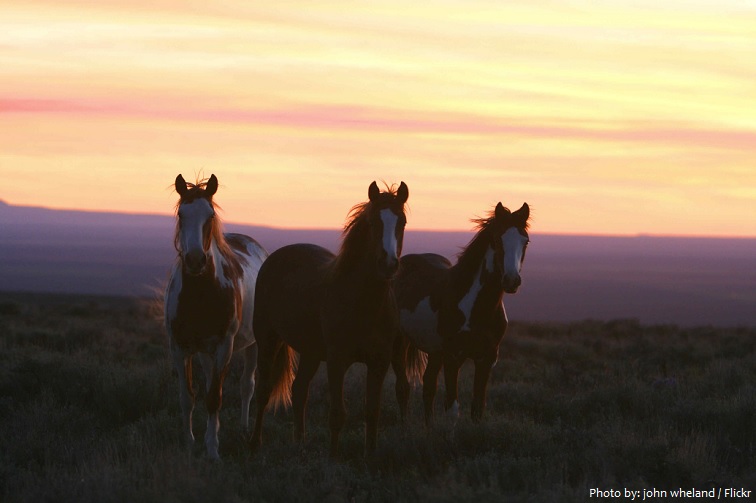 Mustangs have one of the longest lifespans of horse breeds – up to 40 years!

“Mustangers” were cowboys who caught, broke, and drove free-ranging horses to market in the Spanish and later American territories of what is now northern Mexico, Texas, New Mexico, and California. They caught the horses that roamed the Great Plains, the San Joaquin Valley of California, and later the Great Basin, from the 18th century to the early 20th century.