A mosaic is a decoration of a surface with designs made up of closely set, usually variously coloured, small pieces of material such as stone, mineral, glass, tile, or shell.

Mosaics are often used as floor and wall decoration, and were particularly popular in the Ancient Roman world.

Like pottery, mosaics have rarely tempted looters and so they are often found in places where everything else has long since vanished. From ancient Mesopotamia to Mesoamerica, mosaics not only reveal the artistry of civilizations but also provide an invaluable insight into what ancient peoples wore, ate, and looked like. We can see gods, myths, ritual practices, sporting activities, agricultural techniques, architecture, transport, weapons, and tools.

We can even see how the world once was and glimpse now lost landscapes, flora and fauna. As even a brief overview of all the mosaics produced in all of the world’s cultures is impossible, here we will look at only some example cultures and some of their most celebrated works using the mosaic technique.

Mosaics of the 4th century BC are found in the Macedonian palace-city of Aegae, and the 4th-century BC mosaic of The Beauty of Durrës discovered in Durrës, Albania in 1916, is an early figural example – the Greek figural style was mostly formed in the 3rd century BC.

The earliest known examples of mosaics made of different materials were found at a temple building in Abra, Mesopotamia, and are dated to the second half of 3rd millennium BC. They consist of pieces of colored stones, shells and ivory. Excavations at Susa and Chogha Zanbil show evidence of the first glazed tiles, dating from around 1500 BC.

Almost two millennia later, mosaics were employed in the ancient Greek world to decorate floors and walls, initially using black and white pebbles to form monochrome patterns, and later evolved into a highly sophisticated art form depicting myths and legends, and the pleasures of classical life.

​Mosaic art continued to flourish in Roman times. There are many sites in Europe today that still have examples of mosaic floors from Roman times. This is a testament to the durability of the material and the art. Romans also used decorative mosaics for walls, fountains and more. Smaller tesserae, more colors and more shades were also introduced during this period. The Romans continued with the same general design and subject matter of the Greeks. They did some basic figural work but it wasn’t until the rise of Christianity that figural wall mosaics really became popular.

The mosaics of the Villa Romana del Casale near Piazza Armerina in Sicily are the largest collection of late Roman mosaics in situ in the world, and are protected as a UNESCO World Heritage Site.

In the 5th-century Ravenna, the capital of the Western Roman Empire, became the center of late Roman mosaicm art.

Christian mosaic art also flourished in Rome, gradually declining as conditions became more difficult in the Early Middle Ages. 5th century mosaics can be found over the triumphal arch and in the nave of the basilica of Santa Maria Maggiore.

Mosaics were more central to Byzantine culture than to that of Western Europe. Byzantine church interiors were generally covered with golden mosaics. Mosaic art flourished in the Byzantine Empire from the 6th to the 15th centuries. The majority of Byzantine mosaics were destroyed without trace during wars and conquests, but the surviving remains still form a fine collection.

The great buildings of Emperor Justinian like the Hagia Sophia in Constantinople, the Nea Church in Jerusalem and the rebuilt Church of the Nativity in Bethlehem were certainly embellished with mosaics but none of these survived.

In the west of Europe, the Moors brought Islamic mosaic and tile art into the Iberian peninsula in the 8th century, while elsewhere in the Muslim world, stone, glass and ceramic were all used in mosaics. In contrast to the figurative representations in Byzantine art, Islamic motifs are mainly geometric and mathematical. Examples can be seen in Spain at the Great Mosque at Cordoba and the Alhambra Palace. In Arabic countries a distinctive decorative style called zillij uses purpose-made ceramic shapes that are further worked by hand to allow them to tessellate (fit together perfectly to cover a surface).

Although mosaics went out of fashion and were substituted by frescoes, some of the great Renaissance artists also worked with the old technique. Raphael’s Creation of the World in the dome of the Chigi Chapel in Santa Maria del Popolo is a notable example that was executed by a Venetian craftsman, Luigi di Pace.

Noted 19th-century mosaics include those by Edward Burne-Jones at St Pauls within the Walls in Rome. Another modern mosaic of note is the world’s largest mosaic installation located at the Cathedral Basilica of St. Louis, located in St. Louis, Missouri.

Antoni Gaudi (1852-1926) be most famous for La Sagrada Familia, designed by Catalan architect but he’s also responsible for the mosaic work in Parc Güell, in Barcelona. The park, designed by Gaudi and built between 1900 and 1914, contains long, winding rows of tile-covered benches surrounding a large dirt courtyard. A mosaic dragon greets you at the bottom of the steps when you arrive. Gaudi, a man of faith, a great observer of nature, a brilliant architect, has become a universal figure of modern architecture: his contribution to this discipline entailed.

In styles that owe as much to videogame pixel art and pop culture as to traditional mosaic, street art has seen a novel reinvention and expansion of mosaic artwork. 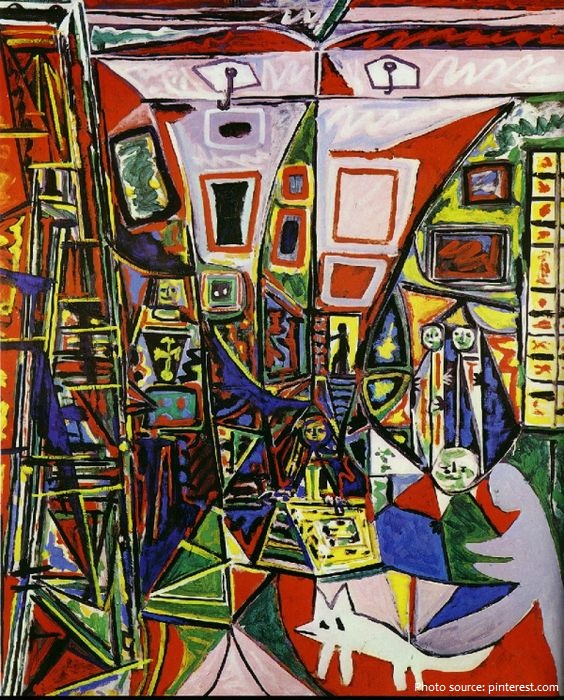