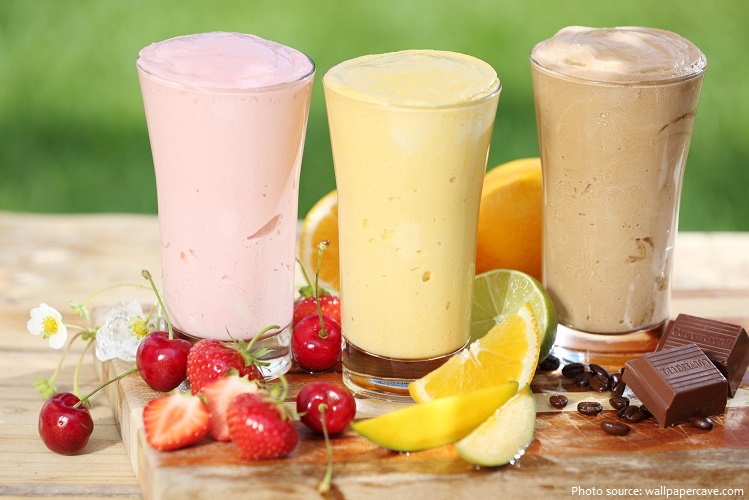 A milkshake is a sweet, cold beverage that is usually made from milk, ice cream, or iced milk, and flavorings or sweeteners such as butterscotch, caramel sauce, chocolate syrup, or fruit syrup.

It can also be made by adding powder into fresh milk and stirring the powder into the milk.

The word “milkshake” first appeared in print in 1885. At this time, milkshakes were an eggnog-like drink made with whiskey. However, by the turn of the century, milkshakes were no longer alcoholic and were made with flavored syrups, such as vanilla, chocolate, or strawberry. 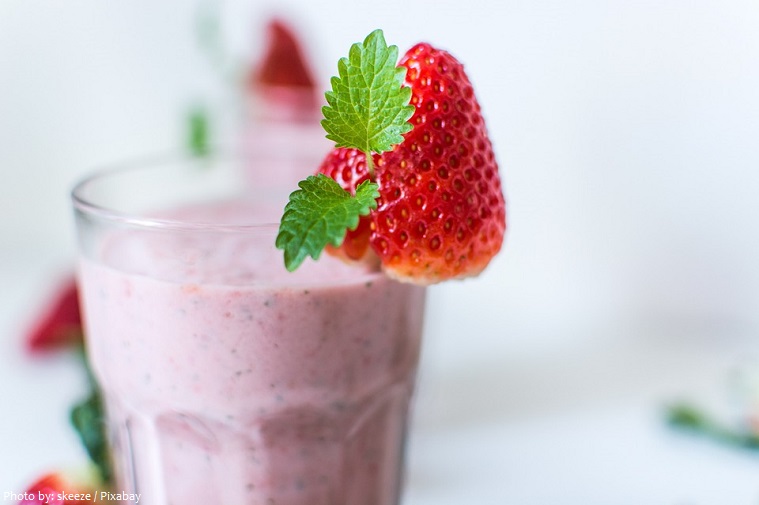 The milkshake made it into the mainstream when in 1922 a Walgreens employee in Chicago, Ivar “Pop” Coulson, took an old-fashioned malted milk (milk, chocolate, and malt) and added two scoops of ice cream, creating a drink which became popular at a surprising rate, soon becoming a high-demand drink for young adults around the country.

The evolution of this drink has a lot to do with the invention of electric blenders. In 1922, Stephen Poplawski invented the blender. Stephen Poplawski was the first to put a spinning blade at the bottom of a container. His beverage mixer blender was developed for the Arnold Electric Company and received Patent Number US 1480914. 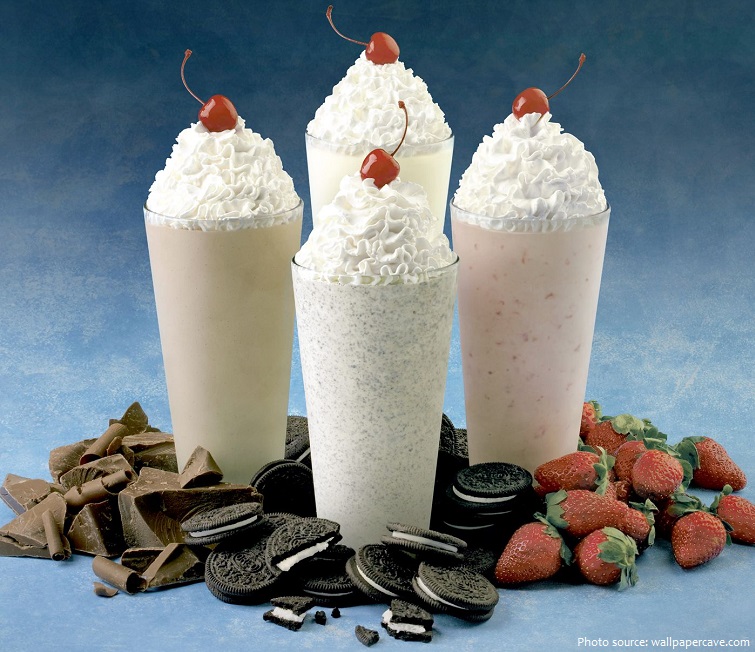 By 1930, milkshakes referred to the sweet treat we know today, with ice cream, milk, and syrup blended together. They were a popular drink at malt shops, which were the “typical soda fountain of the period … used by students as a meeting place or hangout.

The automation of milkshakes developed in the 1930s, after the invention of freon-cooled refrigerators provided a safe, reliable way of automatically making and dispensing ice cream. In 1936, inventor Earl Prince used the basic concept behind the freon-cooled automated ice cream machine to develop the Multimixer, a “five-spindled mixer that could produce five milkshakes at once, all automatically, and dispense them at the pull of a lever into awaiting paper cups.” 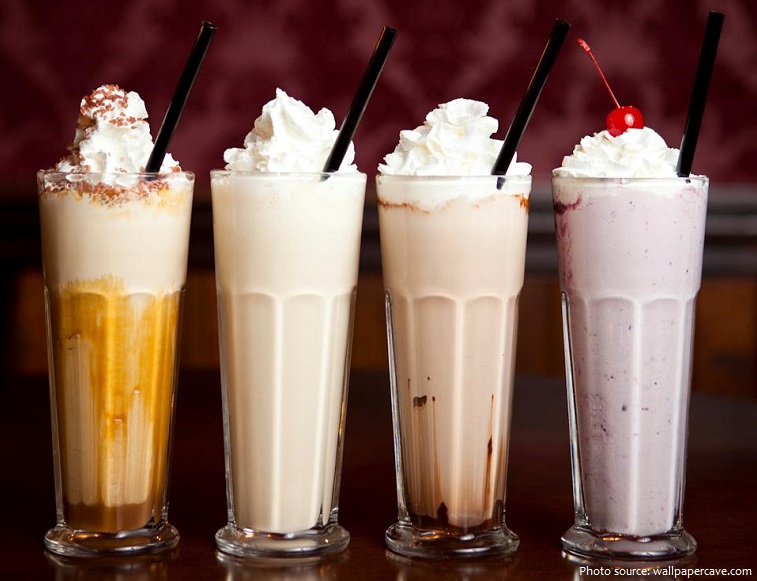 In the 1950s, milkshakes were called “frappes”, “velvets”, “frosted shakes”, or “cabinets” in different parts of the US. A specialty style of milkshake, the “concrete”, was “a milk shake so thick that the server hands it out the order window upside down, demonstrating that not a drop will drip.” 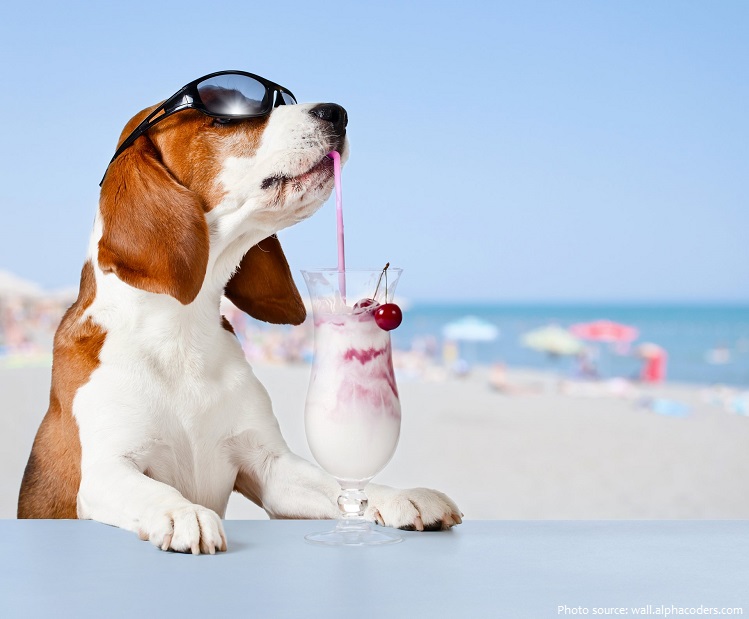 The Comfort Diners, Parmalat USA, and the American Dairy Association made the world’s largest milkshake with a volume of 22,712.47 liters (6,000 US gal.) equivalent of 50,000 normal-sized shakes! The record-breaking milkshake was made in New York, USA on 1 August 2000 to mark The Comfort Diners’ Fourth Annual August Milkshake Celebration.

The most expensive milkshake in the world is the LUXE Milkshake which is sold for $100 (£75.05; €85.60) at Serendipity 3 and made in partnership with Swarovski® and the Crystal Ninja in New York, New York, USA, as of 1 June 2018.The luxurious milkshake is made from: Jersey milk, Tahitian vanilla ice cream, Devonshire luxury clotted cream, Madagascar vanilla beans, 23 karat edible gold, Whipped cream, Le Cremose Baldizzone (donkey caramel sauce) and Luxardo Gourmet Maraschino Cherries. The LUXE Milkshake is served in a custom glass adorned with more than 3,000 premium Swarovski® crystals. 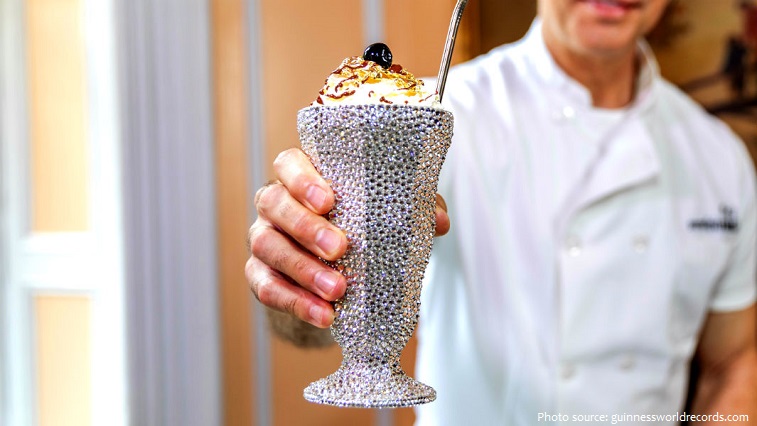 An unusual trend from 2016 was the Black Tap milkshake, a premium-priced ($15), 1,600 calorie drink that includes a “mountain of ice cream topped with peanut butter cups, lollipops, cotton candy, or even entire slices of cake”.

In 1963 the CIA unsuccessfully tried to assassinate Fidel Castro with a poisoned chocolate milkshake.

In May 2019, during the build up to the EU parliament elections in the United Kingdom, the throwing of milkshakes emerged as a protest tactic, usually targetting far-right politicians. The movement originated with the “milkshaking” of Tommy Robinson on the 3rd of May, with a second thrown later that month. 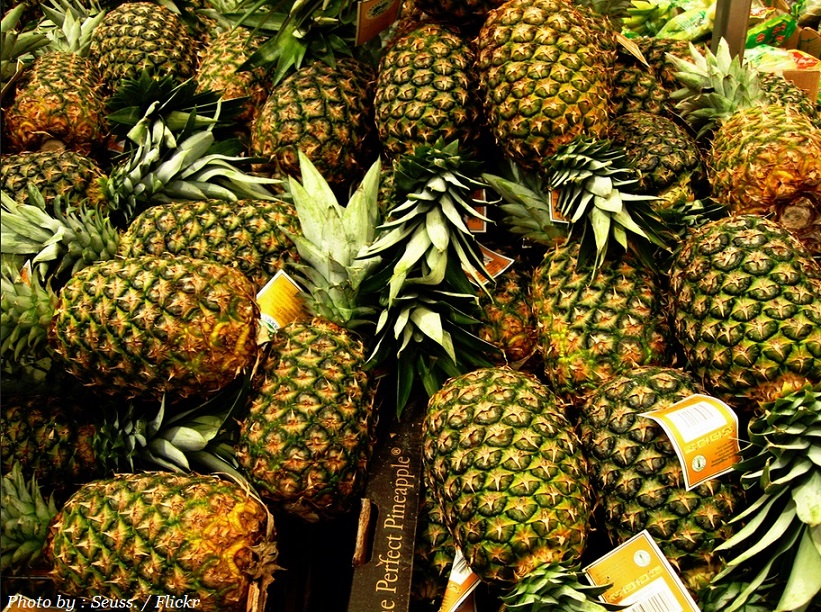 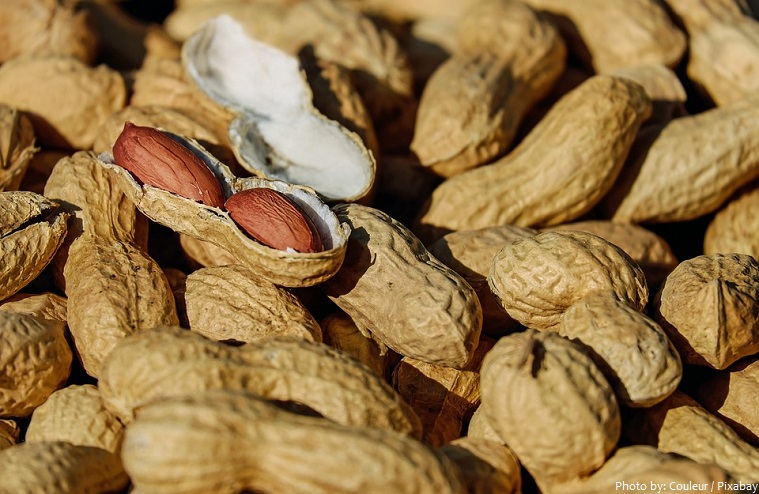 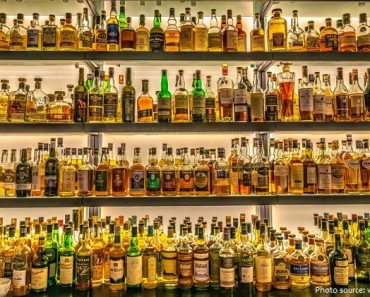 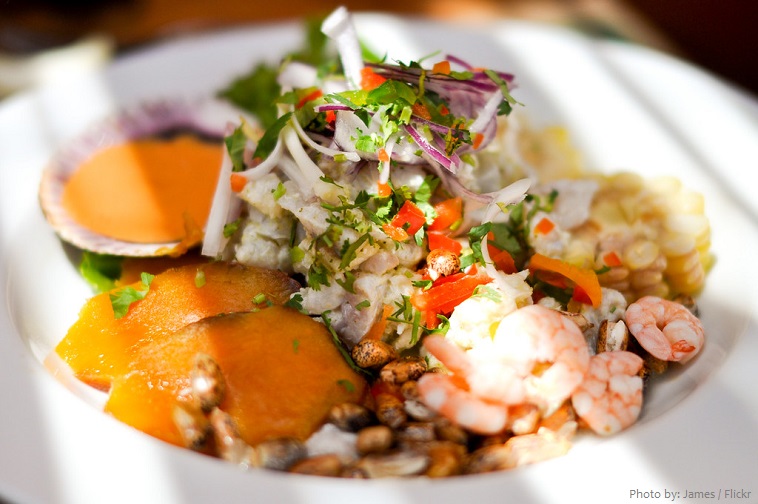