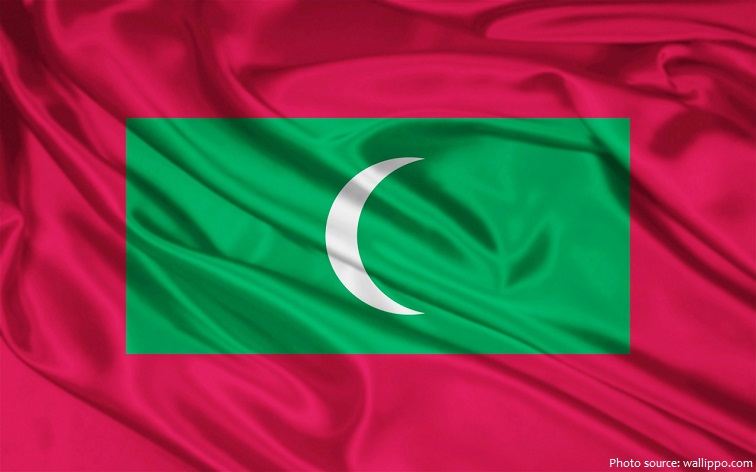 Maldives is a South Asian island country, located in the Indian Ocean.

The official name of the country is the Republic of Maldives.

Maldives is located southwest of India and Sri Lanka.

The official language is Dhivehi.

Comprising a territory spanning roughly 90,000 square kilometers (35,000 square miles), the Maldives is one of the world’s most geographically dispersed countries, as well as the smallest Asian country by both land area and population.

Malé is the capital and most populous city in the Republic of Maldives. The city occupies the entire islet of Malé. The island is 1.7 kilometers (1 mile) long and 1.0 kilometers (0.6 miles) wide, but with over 100,000 people crammed onto it, Malé is by some measures the world’s densest city.

The Maldives consists of 1,192 coral islands (about 200 inhabited) grouped in a double chain of 26 atolls, along the north-south direction.

With an average ground-level elevation of 1.5 meters (4 ft 11 in) above sea level, it is the world’s lowest country, with even its highest natural point being the lowest high-point of any country in the world at 2.4 meters (7 ft 10 in). [ Photo: Villingilli Island in Addu Atoll, home to the highest point in the Maldives] 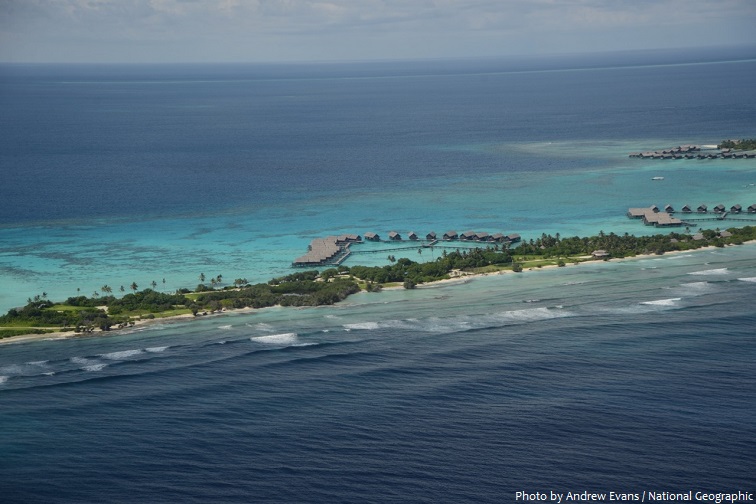 Maldives islands are of coralline origins. Their amazing sand is white and extremely fine. Coralline beaches are rare, they represent less than 5% of the World beaches, the rest of them are mostly made of quartz.

Most visitors to the Maldives come on prearranged package tours that include accommodation on any one of the 87 resort islands. All the resorts are located on pristine islands, with idyllic settings for water activities and long, lazy beach days. 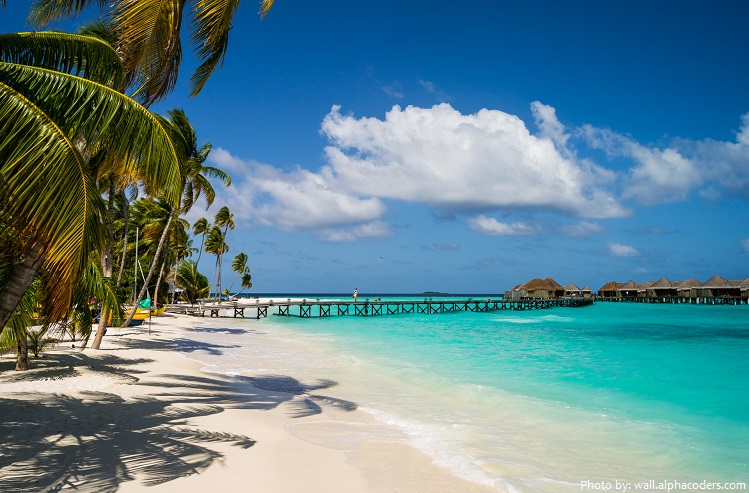 The Maldives are known the world over for the stunning beaches and azure waters that typify the tropical idyll, but its life beneath the water’s surface is becoming ever more respected by scuba divers in the know. The Maldive Islands have some good coral reefs, but it’s the abundance of marine life throughout the country that sets it apart from other dive destinations.

Although there are many Maldivian atolls where you can encounter pelagics and big schools of fish, Ari Atoll may be the place with the greatest reliability. Passing big fish such as whale sharks, mantas, hammerheads and eagle rays are frequently seen, as well as large residents like the Napoleon wrasse, grey reef and white tip sharks, and large schools of blacktail barracuda and batfish. 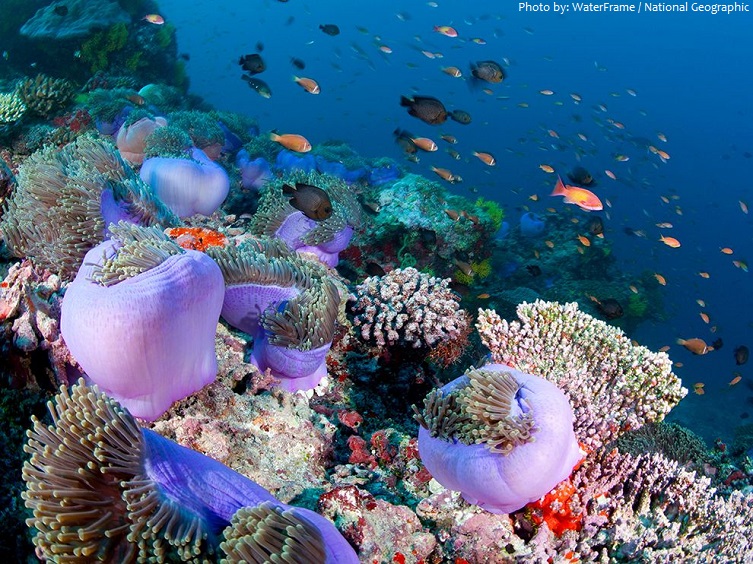 Maldivian used to build their houses in coral. This traditional housing is now forbidden since Coral Reefs are worldwide protected. Many coral houses still can be seen in Male and local islands.

The Malé Friday Mosque or the Malé Hukuru Miskiy is the oldest mosque in the country, dating from 1656. It’s a beautiful structure made from coral stone into which intricate decoration and Quranic script have been carved. The mosque was added to the tentative UNESCO World Heritage cultural list in 2008 as unique examples of sea-culture architecture.

The Maldives were first settled in the 5th century B.C. by Buddhist seafarers from India and Sri Lanka. The importance of the Arabs as traders in the Indian Ocean by the 12th century may partly explain why the last Buddhist king of Maldives converted to Islam in the year 1153.

The Maldives came under British protection in 1887 and were a dependency of then-colony Ceylon until 1948. An independence agreement with Britain was signed July 26, 1965. In 1968, three years after independence from Britain, the sultanate gave way to an Islamic republic.

Traditional Maldivian cuisine is based on three main items and their derivatives: coconuts, fish and starches. Garudiya or Garudhiya national dish of Maldives. It is a clear fish broth. The broth is based on tuna species found in the nation’s ocean waters such as skipjack tuna, yellowfin tuna, little tunny or frigate tuna. 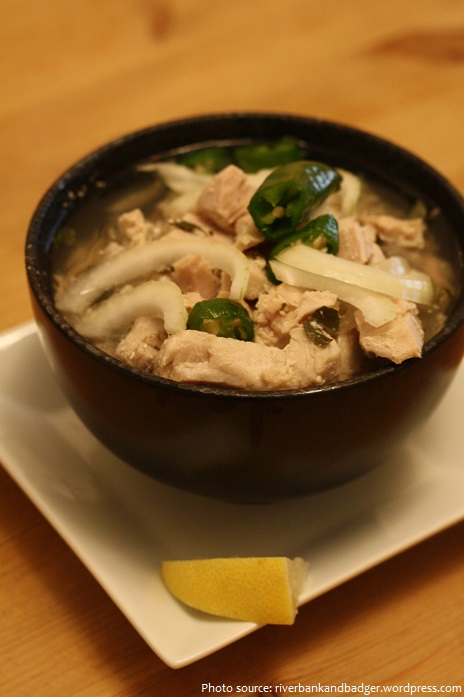 The national tree of Maldives is Coconut Palm.

The national flower of Maldives is Pinkrose (Rosa Polyantha).

The national bird of Maldives is White-breasted waterhen.

The national animal of Maldives is Yellowfin tuna.

Maldives is one of the safest travel destinations on the planet – the island resorts, specifically, since they are largely isolated. 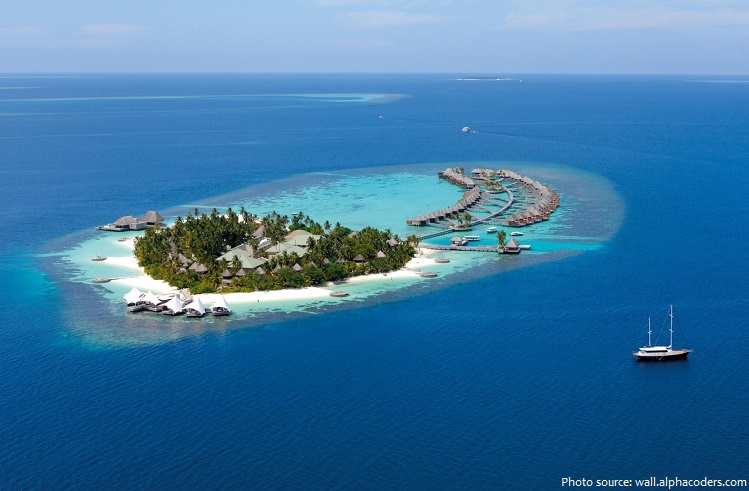 The Maldives benefits from its location near Equador, which offers stable temperatures throughout the year and protection from cyclones.

The government of the Maldives has held a cabinet meeting underwater in 2009 to highlight the threat of global warming to the low-lying Indian Ocean nation.

Visitors and fishing sustain the economy, and the tourism industry has successfully rebounded after being badly hit by the December 2004 Indian Ocean tsunami.