Lake Como is a lake of glacial origin in Lombardy, Italy.

It has an area of 146 square kilometers (56 square miles), making it the third-largest lake in Italy, after Lake Garda and Lake Maggiore.

The lake is shaped much like an inverted letter “Y”. 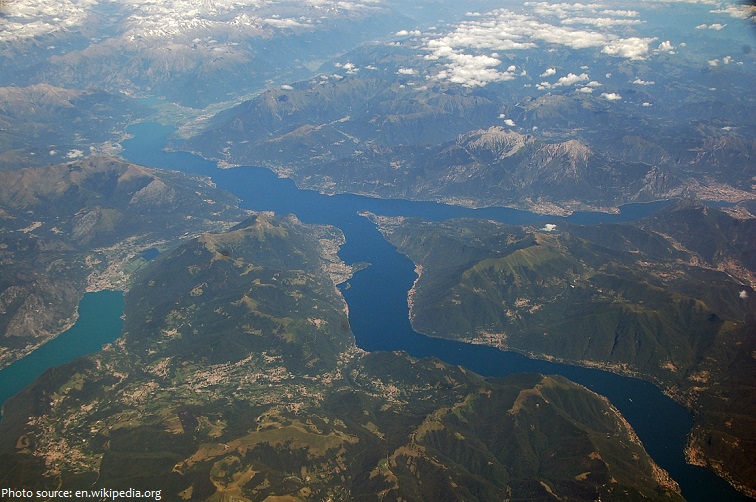 Lake Como’s depth is one reason for its remarkably blue water, which has made it one of Italy’s most picturesque natural destinations. 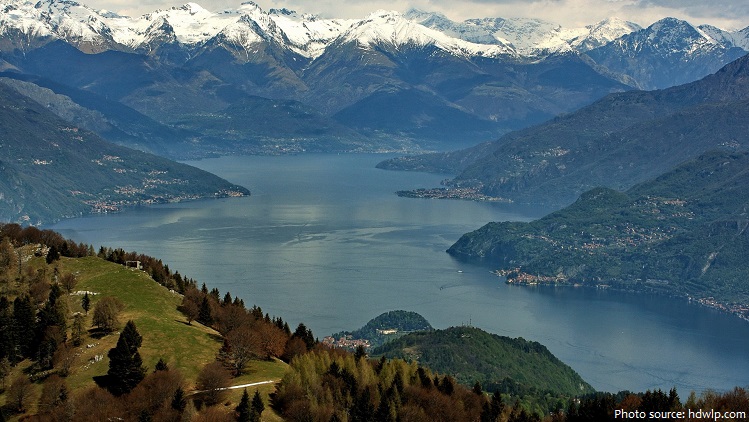 Volume of water within the lake is 22.5 cubic kilometers (5.4 cubic miles) or 22.5 trillion liters
(6 trillion gallons).

Lake Como has a retention time (the measurement of time that water spends in a particular lake) of 5.5 years.

It is fed primarily by the Adda River, which enters the lake near Colico and flows out at Lecco.

Isola Comacina is the only island in Lake Como. It is a small wooded island located close to the western shore of the Como arm of the lake in front of a gulf known as Zoca de l’oli, a Lombard name referring to the local small-scale production of olive oil. 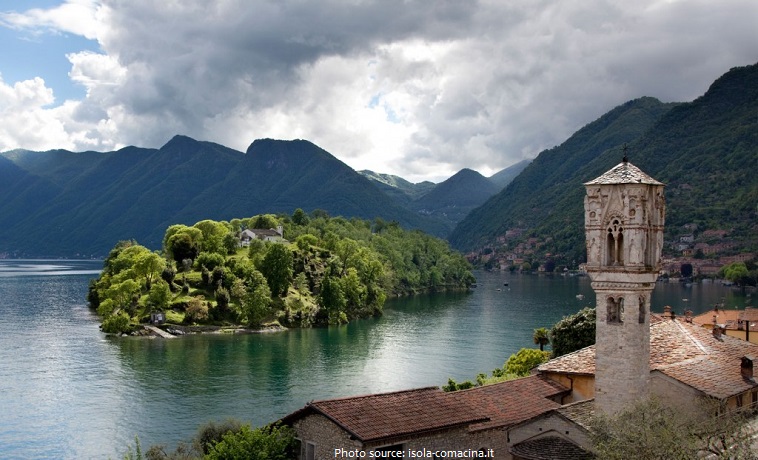 The Sacro Monte di Ossuccio (“Holy Mount of Ossuccio”) is a sanctuary located on a hillside slope between olive groves and woods along the western edge of Lake Como facing Isola Comacina. Fifteen Baroque inspired chapels, built between 1635 and 1710, and dedicated to the Mysteries of the Rosary are dotted along the way that leads to the Monastery. This building is the last in the chain and is dedicated to the Coronation of the Virgin. 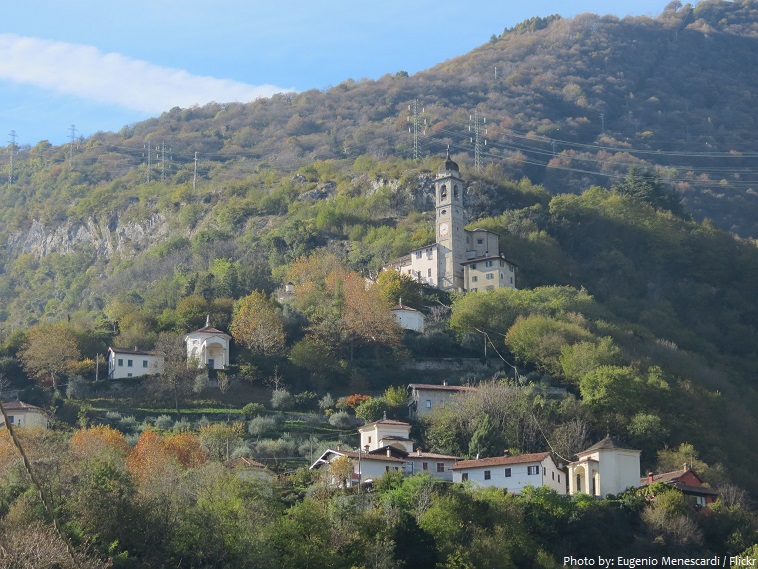 Lake Como has been a popular retreat for aristocrats and wealthy people since Roman times, and a very popular tourist attraction with many artistic and cultural gems.

As a tourist destination, Lake Como is popular for its landscapes, wildlife, and spas. It is a venue for sailing, windsurfing, and kitesurfing.

The lake is well known for the attractive villas and palaces (such as Villa Olmo [photo below], Villa Serbelloni, and Villa Carlotta). 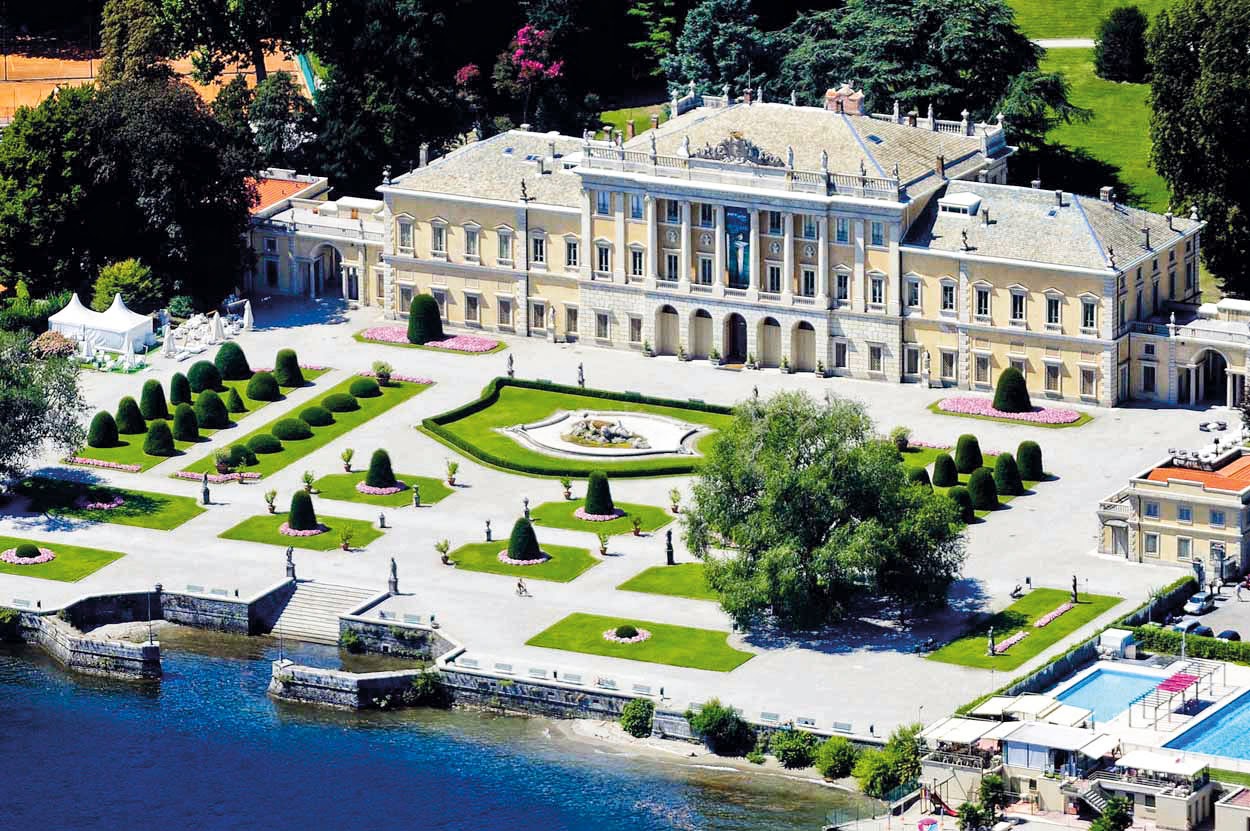 Spring in Lake Como is very beautiful as the trees and flowers begin to blossom. Summer is the most popular time, with glorious weather conditions. It is magnificent in autumn as the leaves start to change colour. In the winter, the lake helps to maintain a higher temperature in the surrounding region.

The Lake Como ferry service is a highly developed public transport system linking the many small towns around the Lake. 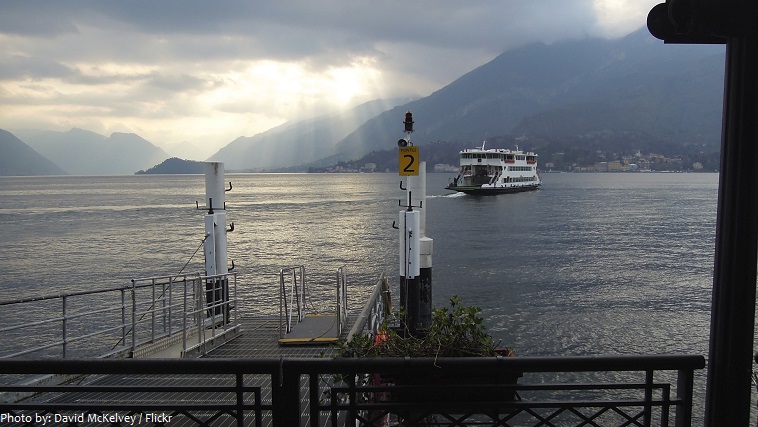 Como at the southern end of the lake is the lake’s main town. The town has a population of roughly 80,000 people and has Roman or pre Roman origins.

The 1995 movie A Month by the Lake was filmed in various locations around Lake Como.

Star Wars: Episode II – Attack of the Clones (2002 film): Some of the scenes that take place on planet Naboo were shot at Villa del Balbianello, including the clandestine marriage of Anakin Skywalker and Padmé Amidala.

In the film Ocean’s Twelve, the infamous thief Francois Toulour, a.k.a. The Night Fox, resides in the Villa Erba estate in Lake Como, where he has several encounters with Daniel Ocean, his rival thief.