Lake Champlain is a natural freshwater lake in North America. 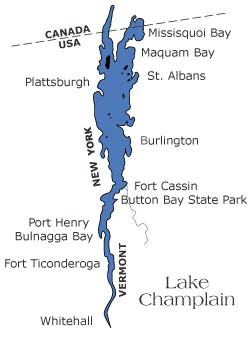 Lake Champlain has a retention time (the measurement of time that water spends in a particular lake) of 3.3 years. 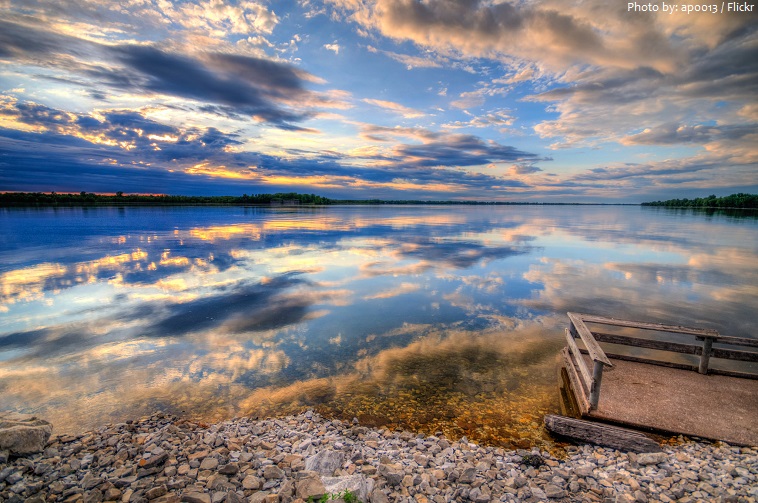 The lake is fed in Vermont by the LaPlatte, Lamoille, Missisquoi, Poultney, and Winooski rivers, along with Lewis Creek, Little Otter Creek, and Otter Creek. In New York, it is fed by the Ausable, Boquet, Great Chazy, La Chute, Little Ausable, Little Chazy, Salmon, and Saranac rivers, along with Putnam Creek. In Quebec, it is fed by the Pike River.

There are about 54 public or commercial beaches and 10 private beaches on the Lake’s shores. Nearly one million people use the beaches annually. Most beaches are found along the central and northern portion of the Lake, which has clearer water and many sand or shale beaches. 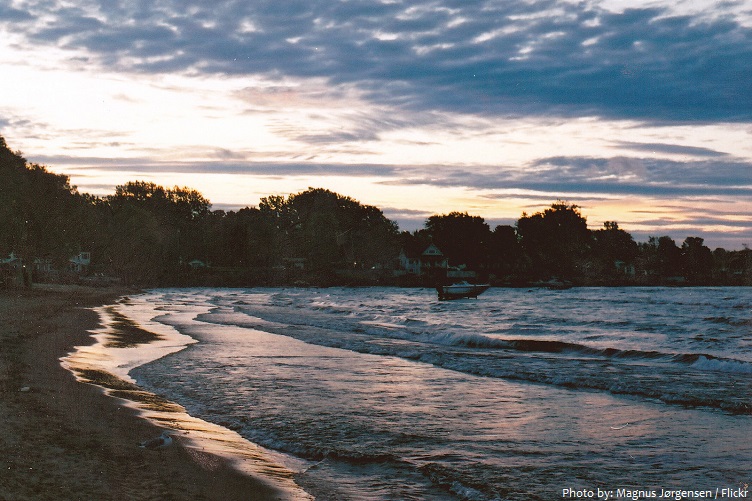 Lake Champlain is home to over 80 islands. Some of these islands are no more than a large rock jutting from the lake; others are large enough to support entire towns. There are privately owned islands with seasonal residences, publicly owned islands that are nature preserves and year-round communities of ‘Islanders’.

Grand Isle, also known as South Hero Island, is the largest island in Lake Champlain. It has a land area of 82 square kilometers (31.6 square miles). The island comprises the two towns of Grand Isle and South Hero, Vermont.

Bluff Point Lighthouse, on Valcour Island near the New York shore, was built in 1871; it was manned by a full-time lightkeeper until 1930, making it one of the last lighthouses to be manned on the Lake. It is now a museum and part of Adirondack State Park. 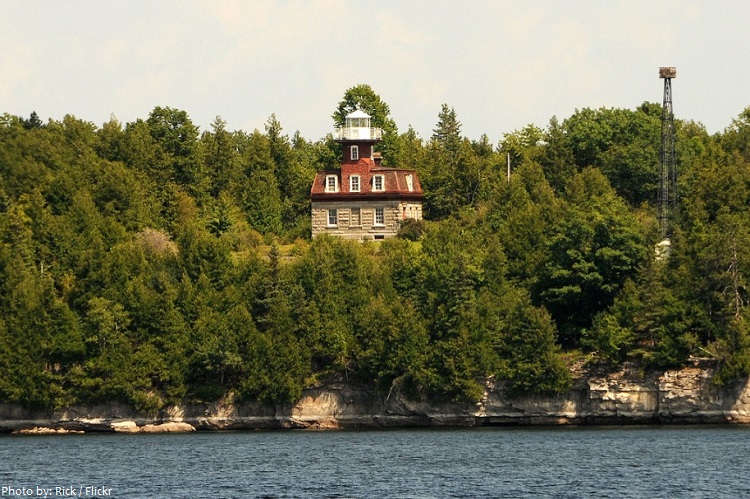 A link in the international waterway between New York City’s harbour and the Saint Lawrence, Lake Champlain is extensively used for commercial and pleasure-boat navigation.

The most important ports are ports are Burlington, Vermont; Port Henry, New York; and Plattsburgh, New York. Today, they are primarily used by small craft, ferries, and lake cruise ships, they were of substantial commercial and military importance in the 18th and 19th centuries.

Burlington, Vermont [photo below] (pop. 42,452, 2015 Census) is the largest city on the lake. The 2nd and 3rd most populated cities/towns are Plattsburgh, New York, and Colchester, Vermont, respectively. The fourth-largest community is the city of South Burlington. 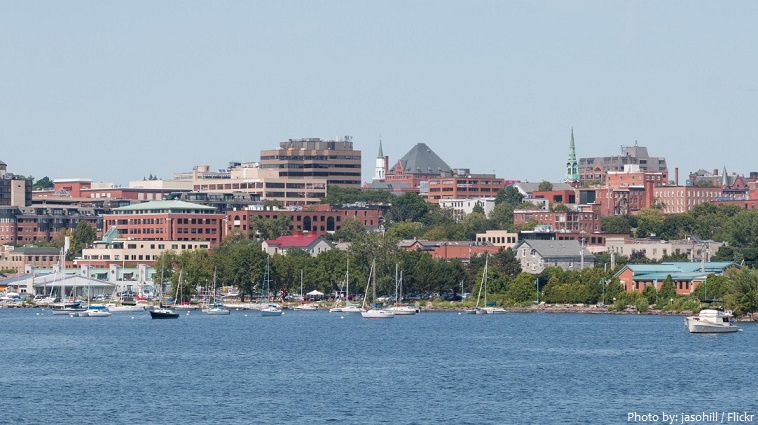 Lake Champlain has about 81 species of fish and is considered a world-class fishery for salmonid species (Lake trout and Atlantic salmon) and bass.

More than 300 bird species rely on Lake Champlain for habitat and as a resource during migrations.

In 1989, UNESCO designated the area around Lake Champlain as the Champlain-Adirondack Biosphere Reserve.

The lake was named after the French explorer Samuel de Champlain, who encountered it in July 1609. 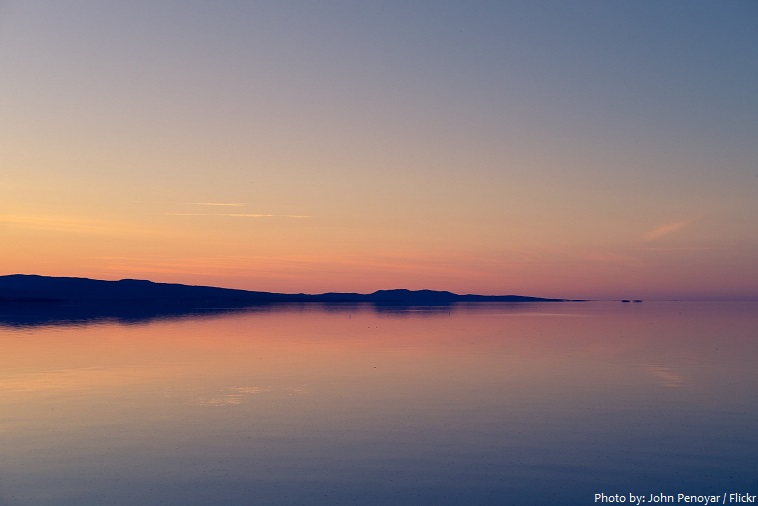 Historians record a variety of Native American names for the lake: Caniaderi Guarunte is the Iroquois name for the lake – meaning: mouth or door of the country; Petonbowk is the Abenaki name – meaning: the lake in between; the Masipskiwibi River; Bitawbagok in Missisquoi language which has the same meaning as Petonbowk.

Of considerable historical significance, it was used by early settlers as a gateway between French Canada and the English colonies and was the scene of battles in the French and Indian Wars, the American Revolution, and the War of 1812.

In 1609, Samuel de Champlain wrote that he saw a lake monster 1.5 meters (5 feet) long, as thick as a man’s thigh, with silver-gray scales a dagger could not penetrate. The alleged monster had 0.76 meter (2.5 feet) jaws with sharp and dangerous teeth. Native Americans claimed to have seen similar monsters 2.4 to 3.0 meters (8 to 10 feet).

The monster has been memorialized in sports teams’ names and mascots, for example: the Vermont Lake Monsters and Champ, the mascot of the state’s minor league baseball team.