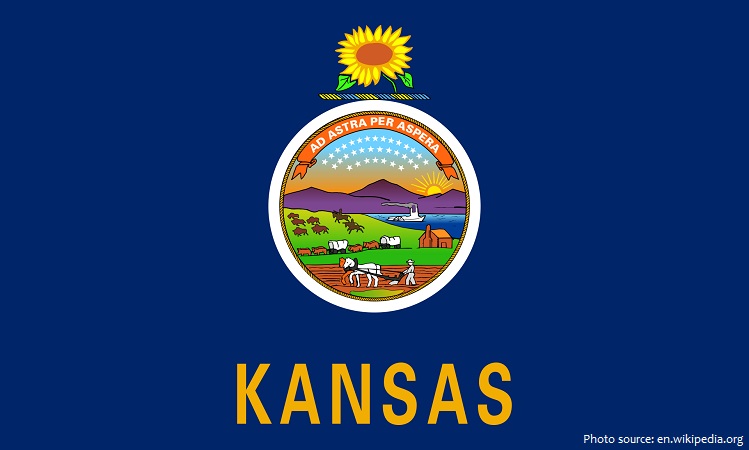 Kansas is a U.S. state in the Midwestern United States.

It is bordered by Nebraska on the north, Missouri on the east, Oklahoma on the south, and Colorado on the west.

Topeka is the capital city of Kansas. It is situated along the Kansas River in northeast Kansas. The name Topeka is a Kansa-Osage sentence that means “place where we dug potatoes“, or “a good place to dig potatoes.”

The state is divided into 105 counties with 628 cities, and is located equidistant from the Pacific and Atlantic oceans.

The fertile shortgrass prairies and rolling plains of central and eastern Kansas are hilly in many places, especially directly east of Wichita in the Flint Hills, as well as in the Red Hills and Smoky Hills. The high plains of far western Kansas rise to its border with Colorado, and there, in a series of relatively low mountains. 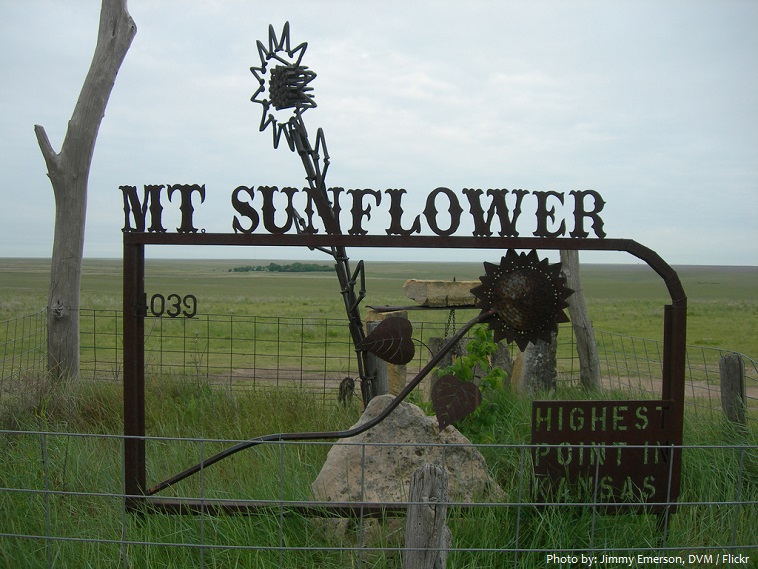 Monument Rocks are a series of large chalk formations in Gove County, Kansas, rich in fossils. The formations were the first landmark chosen by the US Department of the Interior as a National Natural Landmark. The chalk formations reach a height of up to 70 ft (21 m) and include formations such as buttes and arches. 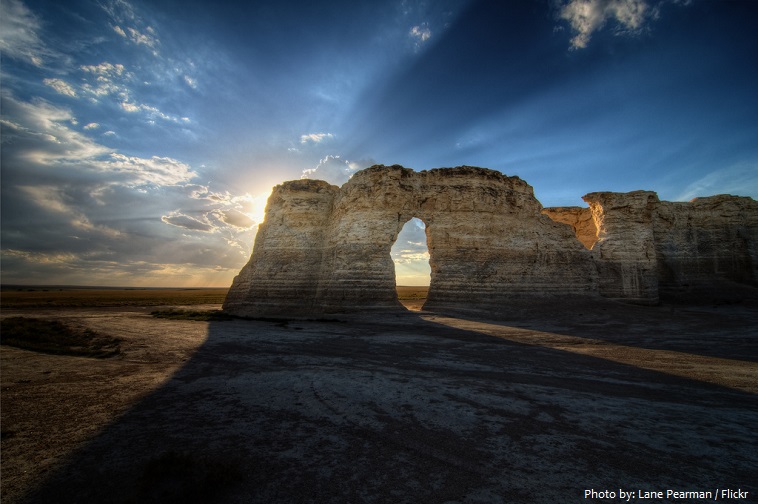 Botanica, The Wichita Gardens was opened in 1987 as a collaboration between the Wichita Area Garden Council and the City of Wichita. Originally it had four gardens and now encompasses 7.12 hectares (17.6 acres) of botanical gardens located in Kansas. 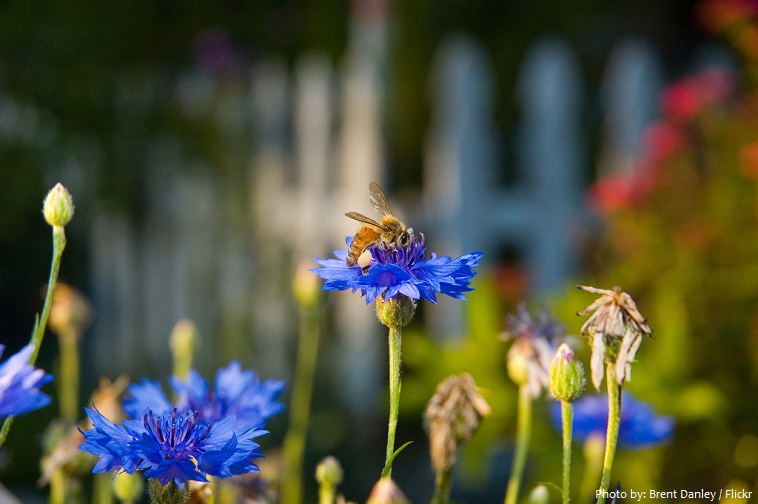 The Kansas State Capitol in Topeka was built in the French Renaissance style. It contains murals by Kansas native John Steuart Curry. The Capitol grounds feature bronze statues of Abraham Lincoln and a Pioneer Mother and Child sculpted by Merrell Gage. 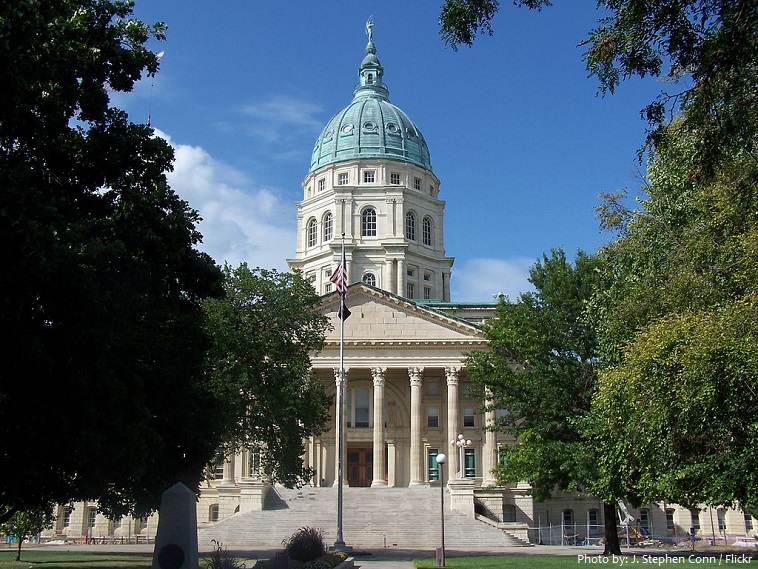 The Dwight D. Eisenhower Presidential Library, Museum and Boyhood Home is the presidential library and museum of Dwight David Eisenhower, the 34th President of the United States (1953–1961), located in his hometown of Abilene, Kansas. The museum also includes his boyhood home, where he lived from 1898 until being appointed to West Point in 1911, and his final resting place. It is one of the thirteen presidential libraries under the auspices of the National Archives and Records Administration (NARA). 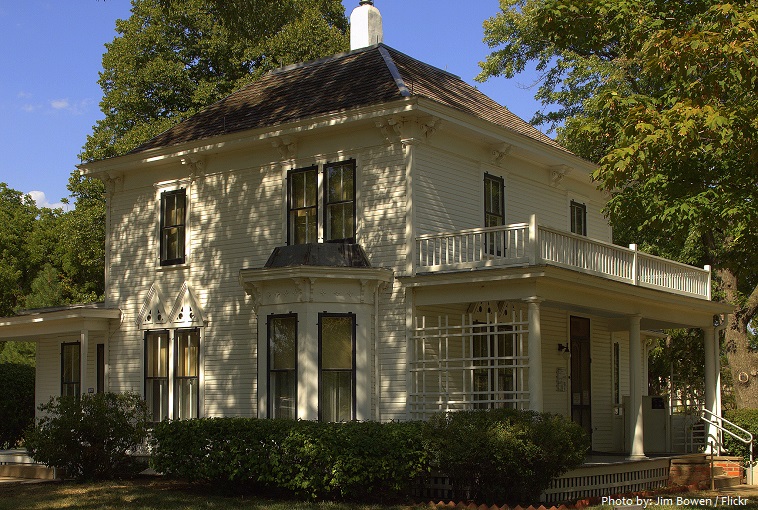 The Helen Foresman Spencer Museum of Art at the University of Kansas in Lawrence houses an internationally-known collection, with tens of thousands of artworks and artifacts in all media. The collection spans the history of European and American art from ancient to contemporary, and includes broad and significant holdings of East Asian art. 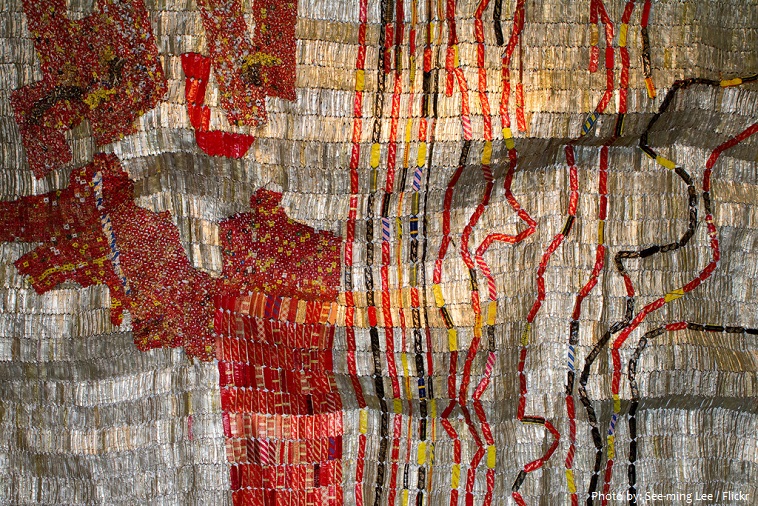 The Keeper of the Plains is a 13.4 meters (44 feet) Cor-Ten steel sculpture by Kiowa-Comanche artist Blackbear Bosin. It stands at the confluence of the Arkansas and Little Arkansas rivers in Wichita, Kansas adjacent to the Mid-America All-Indian Center. Surrounding the base of the statue are multiple displays which describe the local tribes that used to inhabit this area, as well as several fire pits which sometimes light up to illuminate the statue at night. 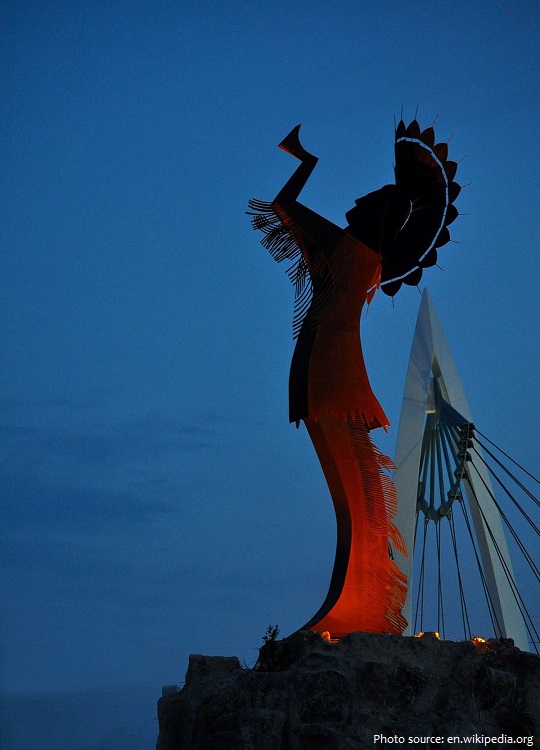 For a millennium, the land that is currently Kansas was inhabited by Native Americans.

The first European to set foot in present-day Kansas was the Spanish conquistador Francisco Vázquez de Coronado, who explored the area in 1541. 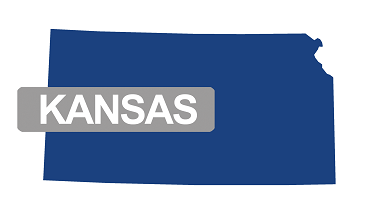 After the Civil War, the population of Kansas grew rapidly when waves of immigrants turned the prairie into farmland.

Today, Kansas is one of the most productive agricultural states, producing high yields of wheat, corn, sorghum, and soybeans.

When French astronomer Pierre Janssen first discovered the element he called helium on the sun in 1868, it was believed to be one of the most rare elements. It wasn’t until 1905, when faculty members at The University of Kansas in Lawrence began experimenting with gas from a newly drilled well in Dexter, that helium was identified as a common element found on Earth. 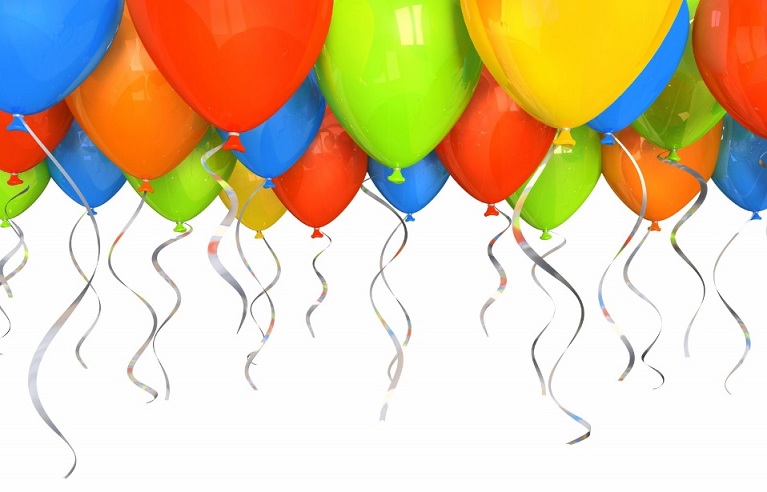 Amelia Earhart, first woman granted a pilot’s license by the National Aeronautics Associate and first woman to fly solo across the Atlantic Ocean was from Atchison.

The three largest herds of bison in Kansas are located on public lands at the Maxwell Game Preserve, Big Basin, and Buffalo Game Preserve.

Holy Cross Shrine in Pfeifer, was known as the 2 Cent Church because the building was built using a 2 cent donation on each bushel of wheat sold by members of the church.

The first woman mayor in the United States was Susan Madora Salter. She was elected to office in Argonia, Kansas in 1887. She represented the Prohibition Party.

Dodge City is the windiest city in the United States.