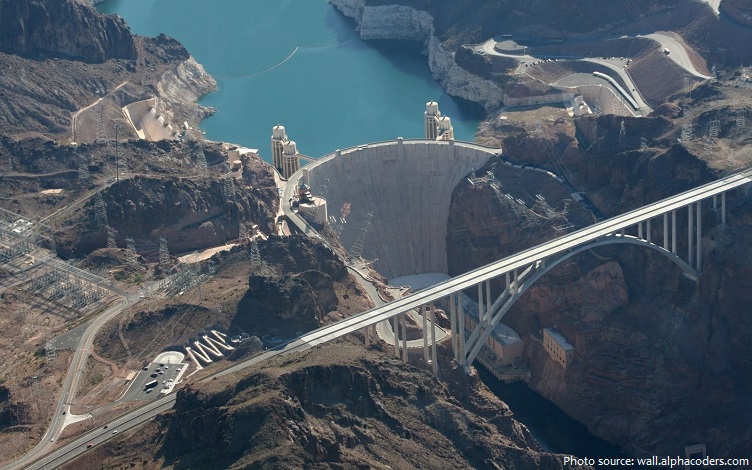 Hoover Dam is a dam in the Black Canyon on the Colorado River on the border between the U.S. states of Nevada and Arizona.

Since about 1900, the Black Canyon and nearby Boulder Canyon had been investigated for their potential to support a dam that would control floods, provide irrigation water and produce hydroelectric power. In 1928, Congress authorized the project.

The dam was constructed between 1931 and 1936 during the Great Depression and was dedicated on September 30, 1935, by President Franklin D. Roosevelt. 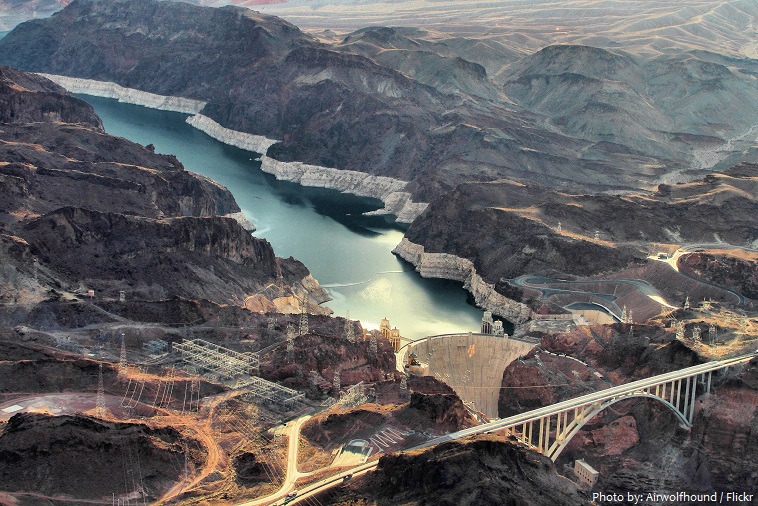 Hoover Dam was the world’s highest and most powerful dam until 1948.

Today, Hoover Dam is a National Historic Landmark, and remains the highest concrete arch dam in the United States. It is also listed as one of America’s Seven Modern Civil Engineering Wonders.

Its construction was the result of a massive effort involving thousands of workers, and cost over one hundred lives.

Construction within the strict timeframe proved an immense challenge, as the crew bored into carbon monoxide-choked tunnels and dangled from heights of 244 meters (800 feet) to clear canyon walls. 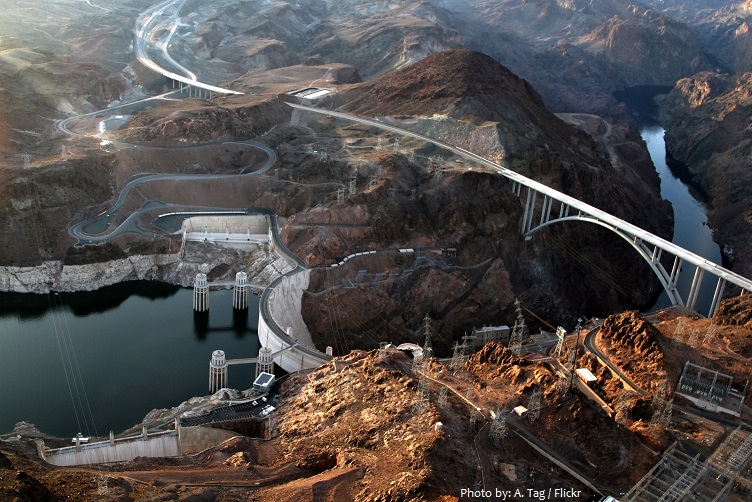 Originally known as Boulder Dam from 1933, it was officially renamed Hoover Dam, for President Herbert Hoover, by a joint resolution of Congress in 1947.

It impounds Lake Mead, which extends for 185 kilometers (115 miles) upstream and is one of the largest artificial lakes in the world.

The water, after falling some 150 meters (500 feet) through the pipes to a hydroelectric power plant in the base of the dam, turns 17 Francis-type vertical hydraulic turbines, which rotate a series of electric generators that have a total power capacity of 2,080 megawatts. 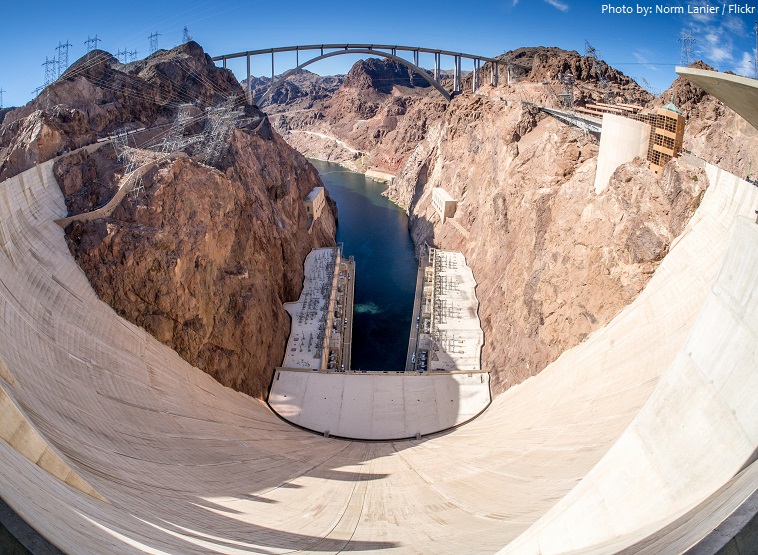 Except for hydroelectric power the dam is used for flood and silt control, agricultural irrigation, and domestic water supply.

It is also a major sightseeing destination, with some seven million visitors a year, almost one million of whom go on tours through the dam. Lake Mead, the world’s largest reservoir, hosts another 10 million as a popular recreation area. 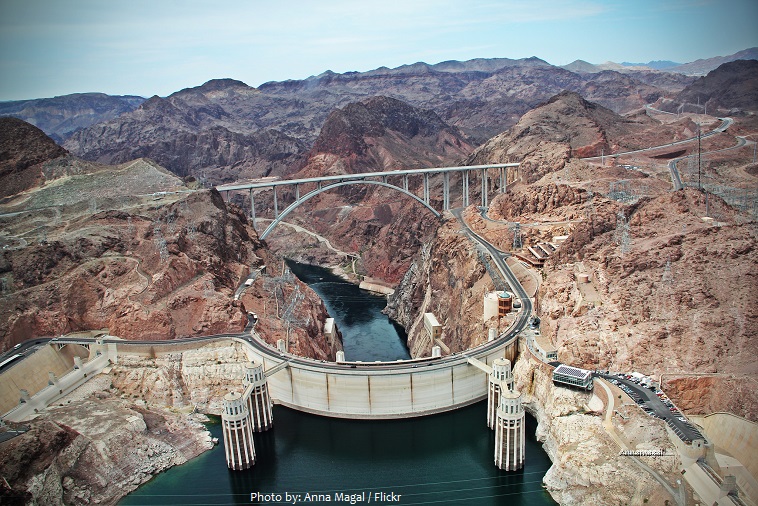 Construction of a long-planned Hoover Dam Bypass Project began in January 2005 and in October 2010 a concrete arch bridge with a 322-metre (1,060-foot) span — the longest in North America for that type of bridge — opened for through traffic within view of Hoover Dam.

During World War II, the dam was the target of a German bomb plot. In November 1939, with World War II underway, U.S. officials found out about an alleged plot by German agents to bomb Hoover Dam, by planting bombs at the intake towers to sabotage the power supply to Southern California’s aviation manufacturing industry.

Hoover Dam is the symbol of an era when an urban, industrial America reveled in harnessing its natural resources. 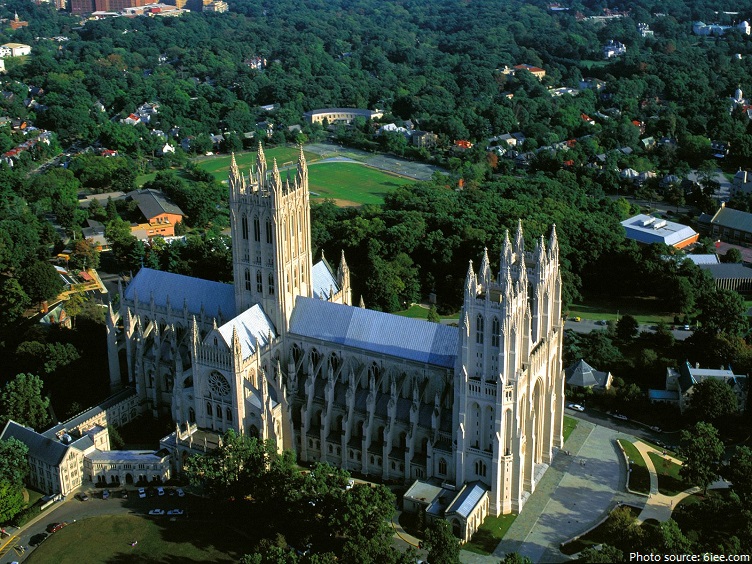