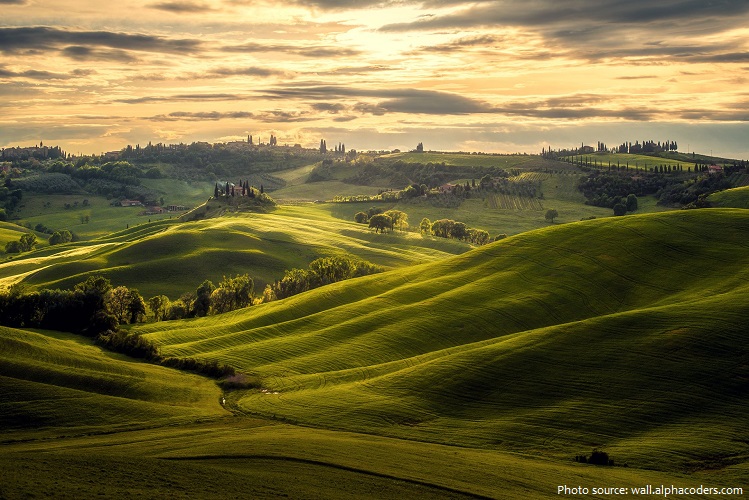 A hill is a landform that is higher than the surrounding terrain and that is smaller than a mountain.

However, there is no formal distinction between a hill and a mountain.

Hills are formed a few ways. They are formed by the same type of tectonic activity that forms mountains. Hills also may be formed by a buildup of rock debris or sand deposited by glaciers and wind. Humans also make hills by digging soil up and dumping it in a giant pile. Volcanoes are also another way that hills are formed.

Hills occur on every continent, in a variety of environments. 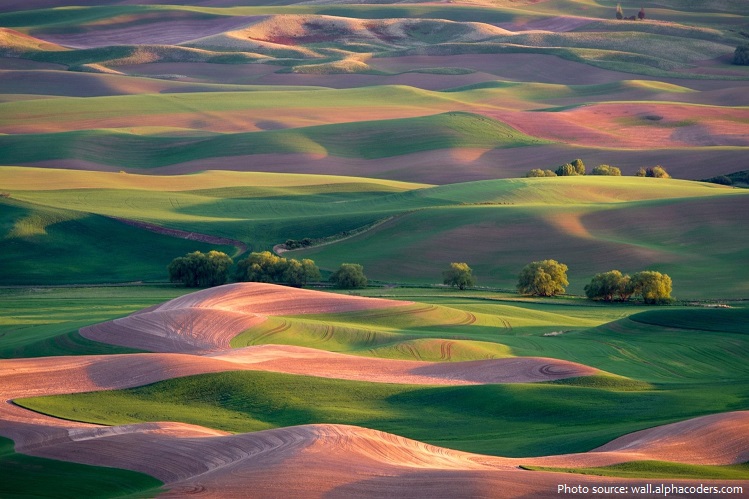 Many settlements were originally built on hills, either to avoid floods, or for defense (since they offer a good view of the surrounding land and require would-be attackers to fight uphill), or to avoid densely forested areas.

For example, Ancient Rome was built on seven hills, protecting it from invaders. The seven hills are Aventino, Campidoglio, Celio, Esquilino, Palatino, Quirinale, and Viminale.

Many parts of the world are famous for their rolling hills.

Tuscany is a region in central Italy with an area of about 23,000 square kilometres (8,900 square miles). It is known for its landscapes, history, artistic legacy, and its influence on high culture. Hills make up nearly two-thirds (66.5%) of the region’s total area. 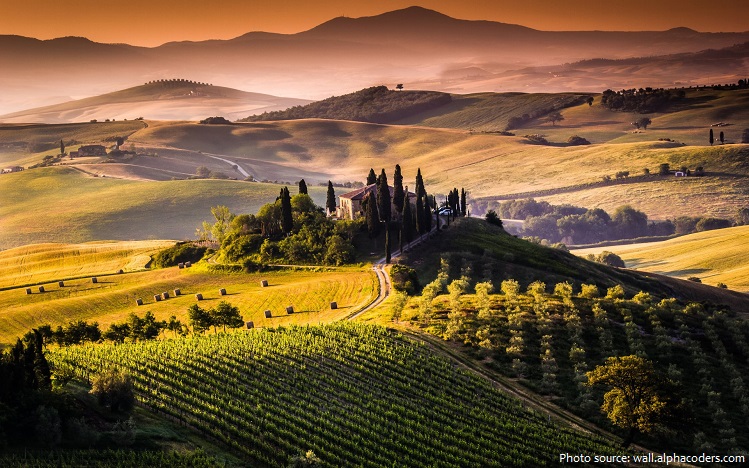 The Loess Hills are a formation of wind-deposited loess soil in the westernmost parts of Iowa and Missouri, and the easternmost parts of Nebraska and Kansas, along the Missouri River. The Loess Hills rise 200 feet (60 m) above the flat plains forming a narrow band running north–south 200 miles (320 km) along the Missouri River.

The Chocolate Hills are a geological formation in the Bohol province of the Philippines. There are at least 1,260 hills but there may be as many as 1,776 hills spread over an area of more than 50 square kilometres (20 square miles). They are covered in green grass that turns brown during the dry season, hence the name. 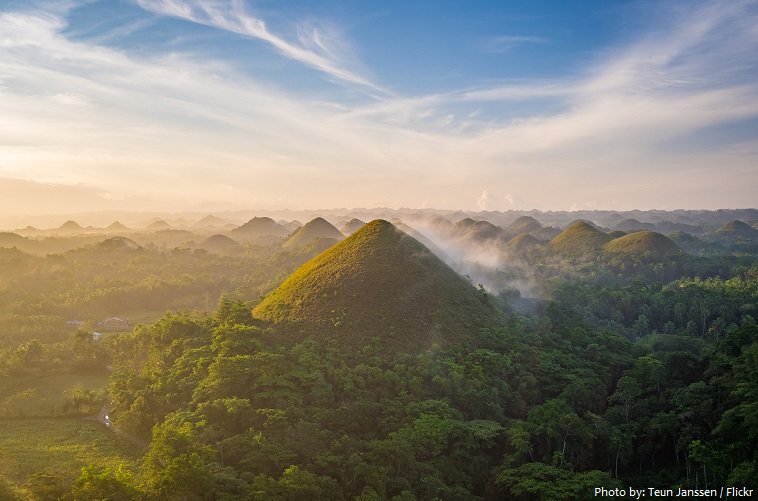 Mountains in Scotland are frequently referred to as “hills” no matter what their height, as reflected in names such as the Cuillin Hills and the Torridon Hills.

Artificial hills may be referred to by a variety of technical names, including mound and tumulus.

Hills provide a major advantage to an army, giving them an elevated firing position and forcing an opposing army to charge uphill to attack them.

Hills have been the sites of many noted battles, such as the first recorded military conflict in Scotland known as the battle of Mons Graupius. Modern conflicts include the Battle of Bunker Hill (which was actually fought on Breed’s Hill) in the American War of Independence and Cemetery Hill and Culp’s Hill [Image below] in the Battle of Gettysburg, the turning point of the American Civil War.

Hillwalking is a British English term for a form of hiking which involves the ascent of hills. The activity is usually distinguished from mountaineering as it does not involve ropes or technically difficult rock climbing, although the terms mountain and hill are often used interchangeably in Britain.