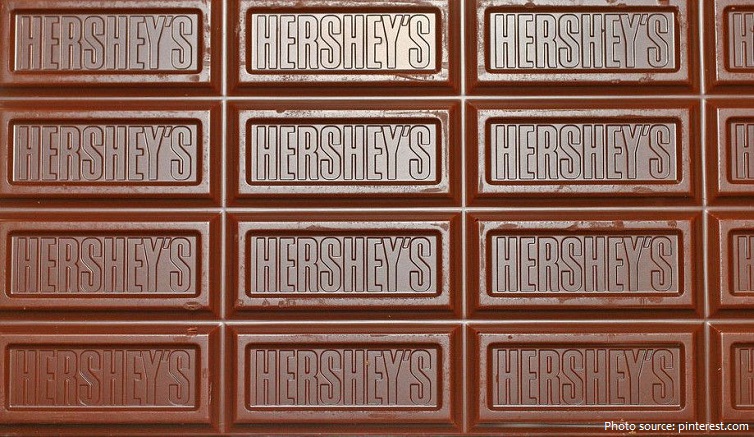 The Hershey Company, commonly known as Hershey’s, is an American multinational company and one of the largest chocolate manufacturers in the world. Its headquarters are in Hershey, Pennsylvania, which is also home to Hersheypark and Hershey’s Chocolate World. It was founded by Milton S. Hershey in 1894 as the Hershey Chocolate Company, a subsidiary of his Lancaster Caramel Company.

In the 1890s, Hershey traveled to Switzerland, bent on ferreting out the secret that turned bitter cocoa powder into silky chocolate. 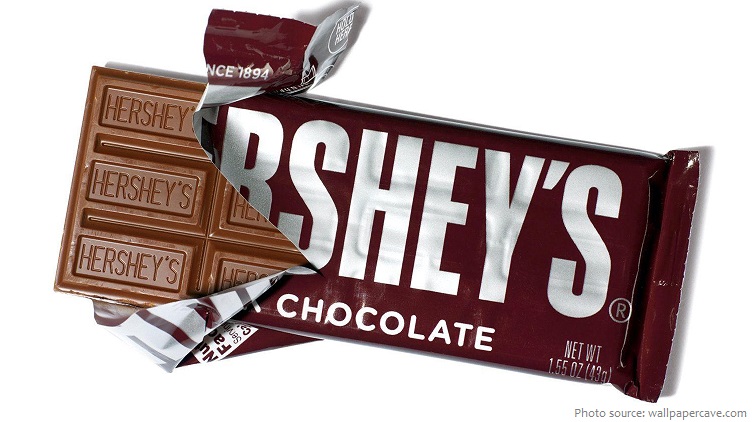 In 1896, Milton built a milk-processing plant so he could create and refine a recipe for milk chocolate candies.

In 1899, he developed the Hershey process, which is less sensitive to milk quality than traditional methods.

In 1900, he began manufacturing Hershey’s Milk Chocolate Bars and and selling  them for 5-cents.

An early slogan — “More sustaining than meat” — promoted it as a daily necessity for health. When you unwrapped the bar, you found a postcard that mythologized Lancaster, Pa., “the chocolate town” where workers cavorted in a swimming park and cows roamed an emerald pasture. 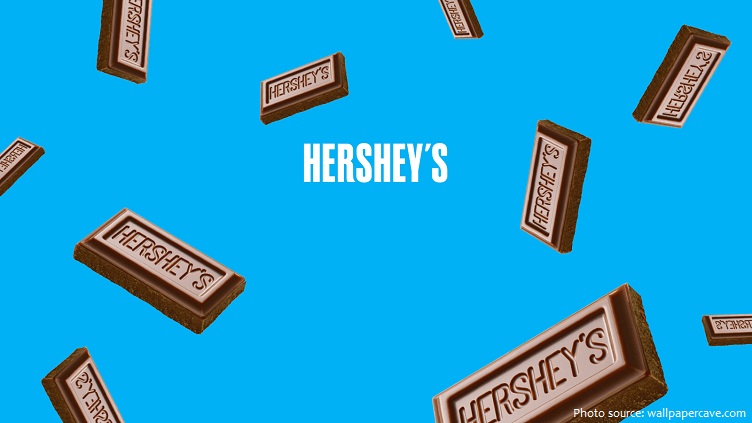 The Hershey Process milk chocolate in these bars uses fresh milk delivered directly from local farms. The process was developed by Milton Hershey and produced the first mass-produced chocolate in the United States. As a result, the Hershey flavor is widely recognized in the United States, but less so internationally, especially in areas where European chocolates are more widely available.

The process is a company and trade secret, but experts speculate that the milk is partially lipolyzed. This produces butyric acid (a compound found in substances such as butter and parmesan cheese) which stabilizes the milk from further fermentation.

This flavor gives the product a “tangy” taste that the US public has come to associate with the taste of chocolate, to the point that other manufacturers often add butyric acid to their milk chocolates. 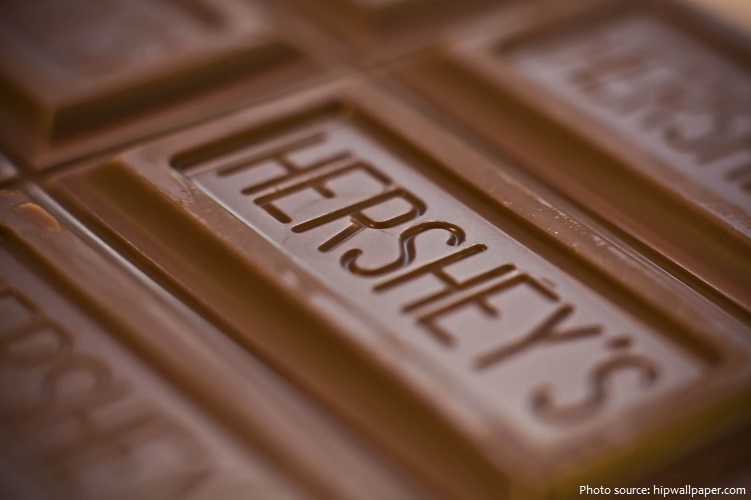 Outside of the US people are not as accustomed to the taste. In Canada this lead to Hershey introducing a reformulated Canadian bar in 1983. 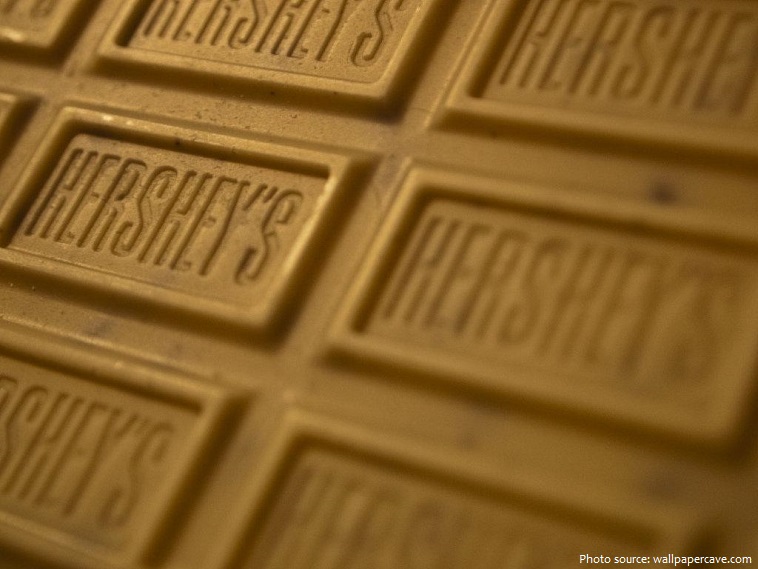 A gold variant with pretzels and peanuts was sold for its 100th anniversary.

All flavors have between 210 and 230 calories per standard-sized bar. 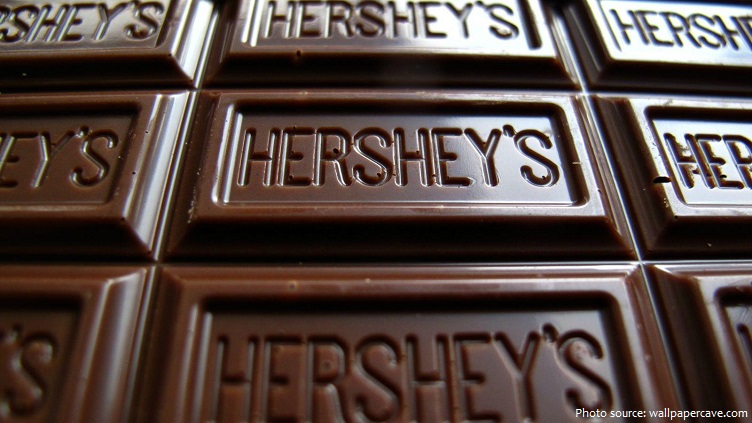 In the United States the Hershey’s Milk Chocolate Bar is the 4th best selling candie (after M&M’s, Reese’s Peanut Butter Cups and Snickers).