Gumbo is an aromatic soup–stew characteristic of the Creole cuisine of Louisiana.

Creole cookery, centred on New Orleans in the US, is a blend of Spanish, French, African and Indian influences.

One of the oldest dishes in Louisiana and a source of culinary pride as far back as there are written records. In modern times it has become as much of a cultural symbol of Louisiana as jazz or the bayou. Even more so than jambalaya or red beans and rice, it is ubiquitous in restaurants, at special events, and in homes of all classes throughout Louisiana.

Gumbo consists primarily of a strongly-flavored stock, meat or shellfish, a thickener, and the Creole “holy trinity” ― celery, bell peppers, and onions.

Gumbo is often categorized by the type of thickener used, whether okra or filé powder (dried and ground sassafras leaves).

Gumbo is cooked for a minimum of three hours, and often simmers all day.

It takes its name from a Bantu word for okra, one of the dish’s typical ingredients, which is prized for its ability to give body to a sauce. In the Niger–Congo languages spoken by many enslaved people from West Africa, the vegetable okra was known as ki ngombo or quingombo – the word is akin to the Umbundu ochinggômbo and the Tshiluba chinggômbô “okra”. In the language of the native Choctaw people, filé, or ground sassafras leaves, is called kombo.

Gumbo can be made with or without okra or filé powder.

The preferred method in the historical New Orleans variation is with a French dark roux. The flavor of the dish has its origins in many cultures. Creole gumbo generally contains shellfish, and a dark roux, filé, or
both. Tomatoes are traditionally found in Creole gumbo and frequently appear in New Orleans cuisine but there is a “camp” of gumbo cooks who believe that tomatoes should not be used with okra.

Cajun gumbo is generally based on a dark roux and is made with shellfish or fowl. Sausage or ham is often added to gumbos of either variety. After the base is prepared, vegetables are cooked down, and then meat is added. The dish simmers for a minimum of three hours, with shellfish and some spices added near the end. If desired, filé powder is added after the pot is removed from heat.

A third, lesser-known variety, the meatless gumbo z’herbes, is essentially a gumbo of slow-cooked greens.

All gumbos are eaten with a mound of rice in the bowl to absorb the liquids and temper the dish’s spiciness.

The first written references to gumbo appear in the early 19th century.

In 1802, John Sibley described “the dish they call gumbo which is made principally of the ochre into a thick kind of soop & eat with rice, it is the food of every body for dinner and supper.”

In 1803, French governor Pierre Clement de Laussat hosted a soirée in which 24 different gumbos were prepared. According to author Cynthia Lejeune Nobles, these two events “give clues to gumbo’s Spanish colonial popularity and illustrate that the dish could be both humble and refined”.

An 1824 cookbook, Mary Randolph’s The Virginia House-Wife, was the first to include a recipe for gumbo.

The Southern Foodways Alliance recognizes a number of gumbo recipes in The Picayune’s Creole Cookbook, published in New Orleans in 1901: “Among the principal ingredients are chicken, ham, oysters, turkey, wild turkey, squirrel, rabbit, beef, veal, crabs, soft-shell crabs, shrimp, greens, and cabbage. Some of the gumbos are made with okra, others with filé.”

The dish gained more widespread popularity in the 1970s, after the United States Senate dining room added it to the menu in honor of Louisiana Senator Allen Ellender. The popularity of chef Paul Prudhomme in the 1980s spurred further interest in the dish.

In the Louisiana Entertains cookbook from the 1984 Louisiana World Exposition, a good gumbo is compared to a good sunset, with no two being exactly alike.

In New Orleans today, one of the most popular places serving the dish is the famed Dooky Chase’s Restaurant.

Gumbo is the official dish of the state of Louisiana.

Since the 19th century, gumbo has often been served at social gatherings or other special occasions in Louisiana.

Many southern Louisiana cooking competitions center around gumbo, and it is a central feature of many local festivals. The self-described “Gumbo Capital of the World”, Bridge City, Louisiana, holds an annual Gumbo Festival. The festival features gumbo cooked in a cast-iron pot 3 ft (0.9 m) deep and 5 feet (1.5 m) in diameter. More commonly, festival gumbo pots measure 2 ft (0.6 m) in depth and diameter. 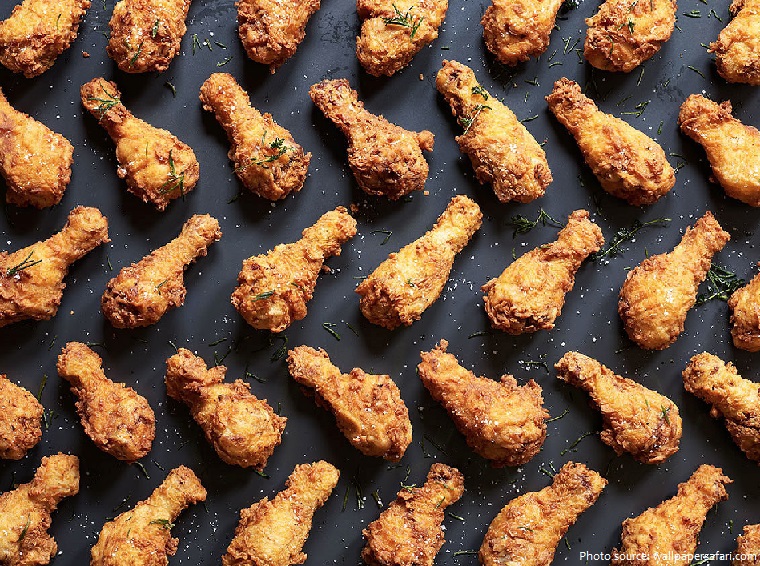