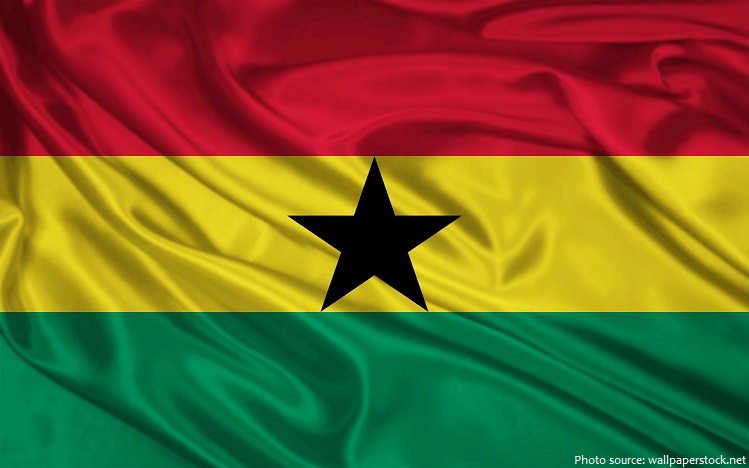 Ghana is a country located in Western Africa.

The official name of the country is the Republic of Ghana.

It is bordered by the Ivory Coast in the west, Burkina Faso in the north, Togo in the east and the Atlantic Ocean in the south.

Ghana’s terrain consists of small desert mountains with the Kwahu Plateau in the south-central area. Half of the country lies less than 152 meters (499 ft) above sea level, and the highest point is 883 meters (2,897 ft).

The 537 kilometers (334 miles) coastline is mostly a low, sandy shore backed by plains and scrub and intersected by several rivers and streams.

A tropical rain forest belt (central and east) broken by heavily forested hills and many streams and rivers, extends northward from the coastline.

Formed by the Akosombo Dam, and completed in 1965, Lake Volta is the largest reservoir by surface area in the world, and the fourth largest one by water volume. It is located completely within Ghana, and it has a surface area of about 8,502 square kilometers (3,275 square miles).

Kakum National Park is located in the Coastal Plain region, the best preserved region of virgin rainforest in the country. The park covers an area of 375 square kilometres (145 sq mi). Established in 1931 as a reserve, it was gazetted as a national park in 1992. The park provides the easiest access to the rainforest along with its famous canopy walkway. The most notable endangered species of fauna in the park are Diana monkey, giant bongo antelope, yellow-backed duiker and African elephant. 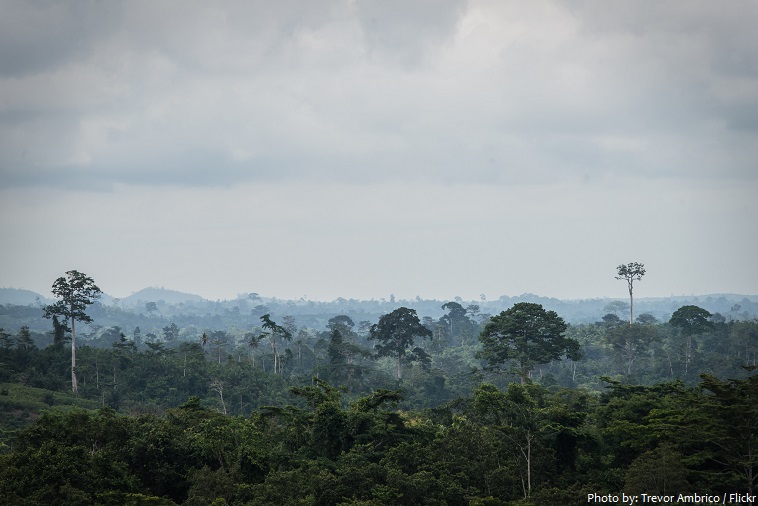 Wli Waterfalls cascades from a height of 80 meters (260 feet), and is the highest waterfalls in West Africa. The hills mark the border between Ghana and neighboring Togo. A walk through the forest of the Agumatsa wildlife sanctuary offers a chance to see a large colony of fruit bats, butterflies, birds, monkeys and baboons. To get there one has to walk through the rain forest on a small footpath crossing 9 smaller streams in the process. 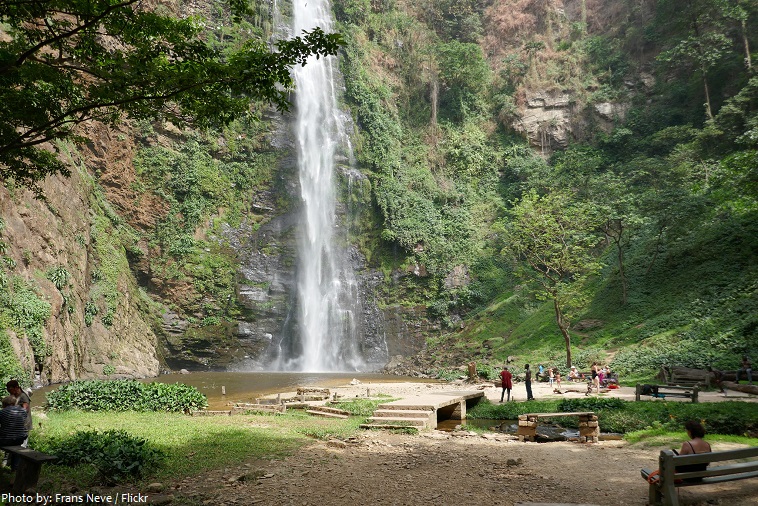 Cape Coast Castle is one of about forty “slave castles”, or large commercial forts, built on the Gold Coast of West Africa (now Ghana) by European traders. It was originally built by the Swedes for trade in timber and gold, but later used in the trans-Atlantic slave trade. They were used to hold slaves before they were loaded onto ships and sold in the Americas, especially the Caribbean. This “gate of no return” was the last stop before crossing the Atlantic Ocean. 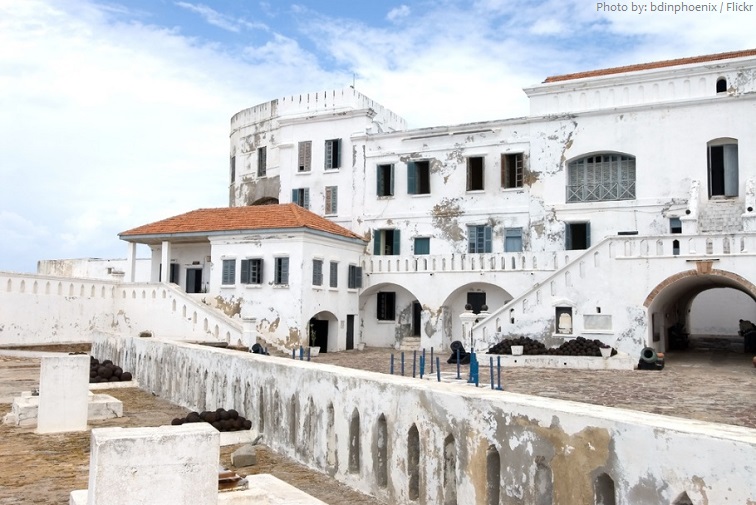 Elmina Castle was erected by the Portuguese in 1482 as São Jorge da Mina (St. George of the Mine). It was the first trading post built on the Gulf of Guinea, so is the oldest European building in existence south of the Sahara. First established as a trade settlement, the castle later became one of the most important stops on the route of the Atlantic slave trade.

The Kwame Nkrumah Mausoleum and memorial park is located in downtown Accra, the capital of Ghana. The park and mausoleum were built to honor Kwame Nkrumah (1909 – 27 April 1972) who led Ghana to independence from Britain in 1957 and served as its first prime minister and president. The mausoleum designed by Don Aurthur, houses the body of Dr Kwame Nkrumah and his wife Fathia Nkrumah, it is meant to represent an upside down sword which in the Akan culture is a symbol of peace. 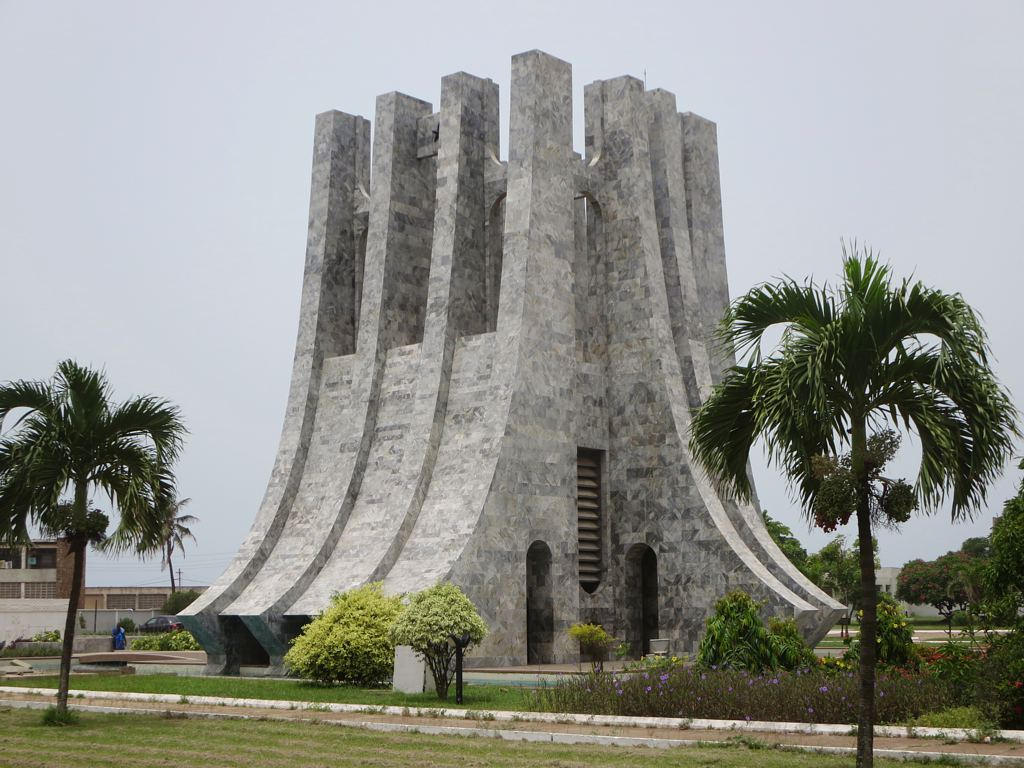 The territory of present-day Ghana has been inhabited for a millennium, with the first permanent state dating back to the 11th century.

European contact with Ghana began in 1470. In 1482, the Portuguese built a trading settlement there. Shortly thereafter for three centuries, the Portuguese, English, Dutch, Danes and Germans all
controlled different parts of the coast.

In 1821, the British took control of all of the trading posts located on the Gold Coast. From 1826 to 1900, the British then fought battles against the native Ashanti and in 1902, the British defeated
them and claimed the northern part of today’s Ghana. 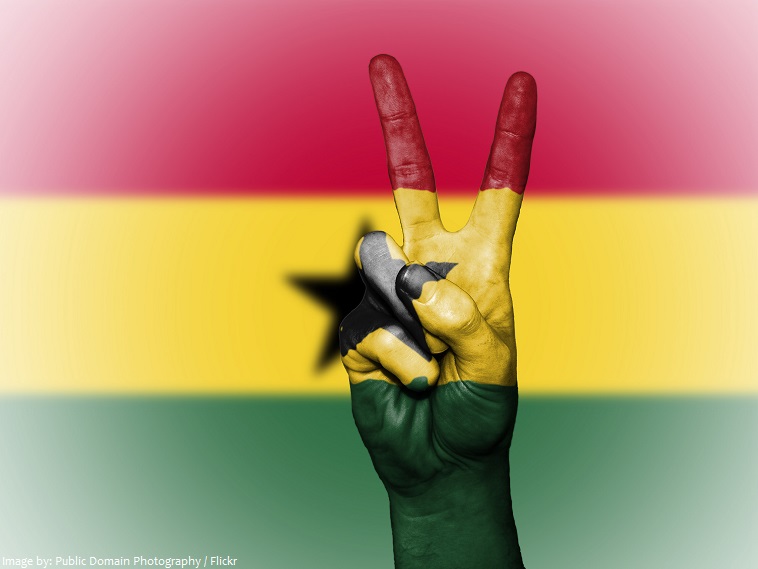 The country has one of the highest GDP per capita in West Africa.

The Ghanaian cedi is the unit of currency of Ghana. The word cedi is the Akan word for cowry shell which were formerly used as currency in what is now Ghana.

Ghana is one of the most peaceful countries in Africa.

Five percent of the population practices traditional faiths, 71.2% adhere to Christianity and 23.6% are Muslim.

The Ghana Empire was built on trade in salt and gold, which is why British merchants later called it the Gold Coast. 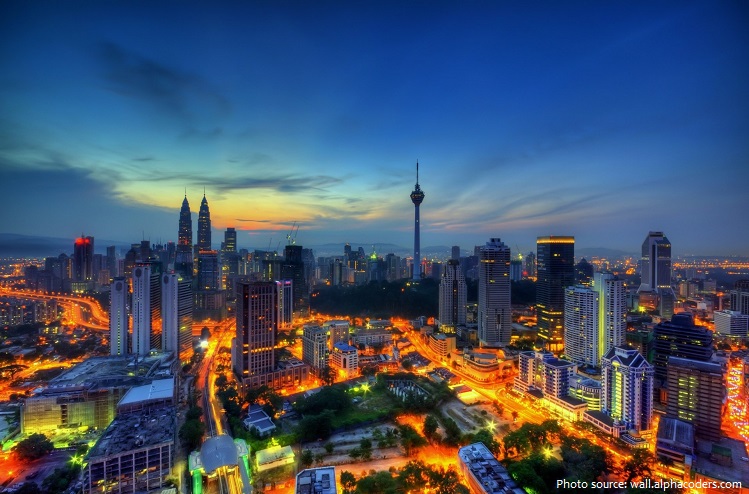