Figurative art, sometimes written as figurativism, describes artwork (particularly paintings and sculptures) that is clearly derived from real object sources and so is, by definition, representational.

Firstly, Figurative Art refers to artworks which retain aspects of the real world. Directly and explicitly representational, it can refer to works which are based on objects, subjects, figures or landscapes which are reproduced in all their details.

Physical objects, real people, recognisable items, light and shade, chiaroscuro effects – this is the vocabulary of the representational and objective opposite pole to Abstract Art.

Examples of Figurative artwork have existed in many different forms throughout human history, with the earliest discovery dating back over 35,000 years ago. However, modern Figurative art as we know it today became popularised back in the mid-twentieth century, alongside the Expressionist art movement.

The term has been particularly used since the arrival of abstract art to refer to artists that retain aspects of the real world as their subject matter, though in a general sense figurative also applies retrospectively to all art before abstract art.

Traditionally, figurative artist strove to create works that were derived from real object sources and often depicted human figures. It is regarded as what contrasts abstract art – art that does not employ recognizable motifs – also known as non-representational art.

From the early Renaissance, Mannerism and the Baroque through 18th-, 19th- and 20th-century painting Figurative art has steadily broadened its parameters. An important landmark in the evolution of figurative art is the first known reclining nude in Western painting in Sleeping Venus (1510) by Giorgione. It introduced the female nude as subject and started a long line of famous paintings.

Nicolas Poussin (1594–1665), a French painter in the classical style whose work predominantly features clarity, logic, and order, and favors line over color, served as an alternative to the more narrative Baroque style of the 17th century. He was a major inspiration for such classically oriented artists as Jacques-Louis David, Jean-Auguste-Dominique Ingres and Paul Cézanne. The rise of the Neoclassical art of Jacques-Louis David ultimately engendered the realistic reactions of Gustave Courbet and Édouard Manet leading to the multi-faceted igurative art of the 20th century.

The work of Pablo Picasso provides arguably some of the most influential examples of modern figurative art. Prominent in the first half of the twentieth century, Picasso contributed to many different art movements, such as cubism, surrealism, and collage, to name a few.

Until the arrival of radical early Modernism circa 1912, figurative art was dominant in Western art. By the late 1920s it had fallen deeply out of fashion in the art world, as various forms of Modernist (and later post-Modernist) abstraction became the dominant mode. Yet through major artists such as Balthus and Francis Bacon it retained an important place in Western art to the present day.

In November, 2018, scientists reported the discovery of the oldest known figurative art painting, over 40,000 (perhaps as old as 52,000) years old, of an unknown animal, in the cave of Lubang Jeriji Saléh on the Indonesian island of Borneo.

Figurative art is not synonymous with figure painting (art that represents the human figure), although human and animal figures are frequent subjects. 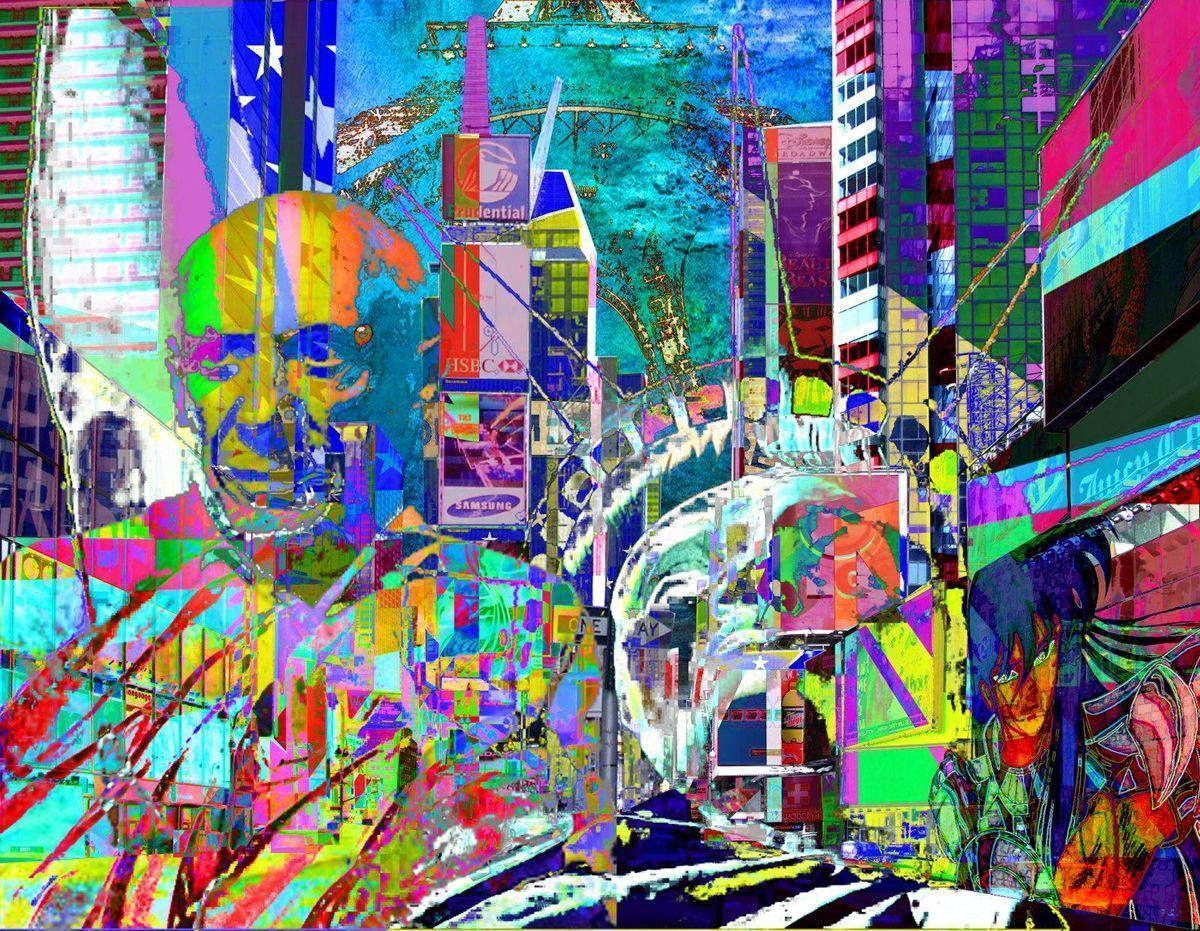