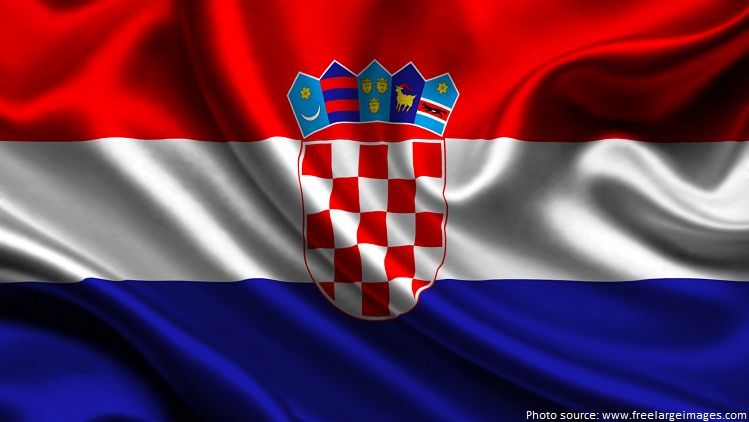 Croatia is a country situated in Southeast Europe.

Zagreb is the capital and the largest city of the Republic of Croatia. 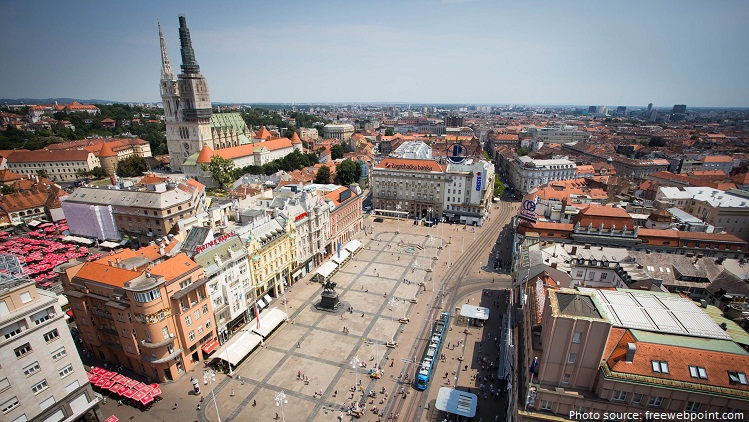 Other major cities are: Split, Rijeka, Osjek and Zadar.

Croatia’s appeal is grounded in its spectacular nature – waterfalls, forests, mountains and the dazzling Adriatic coast. 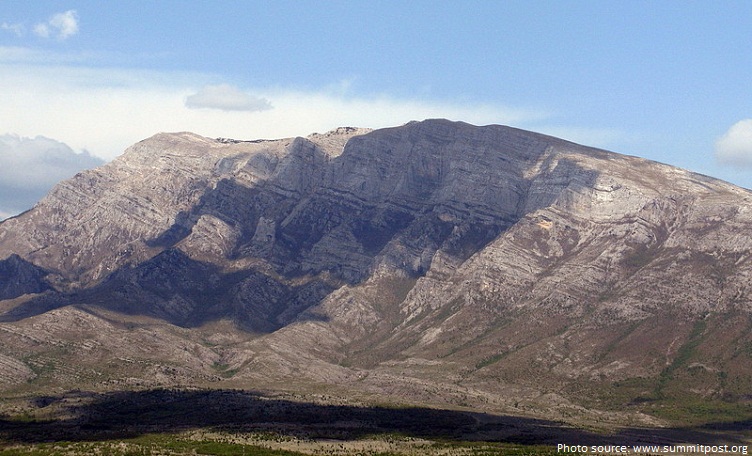 One-third of Croatia is covered in forest.

The most famous protected area and the oldest national park in Croatia is the Plitvice Lakes National Park, a UNESCO World Heritage Site. 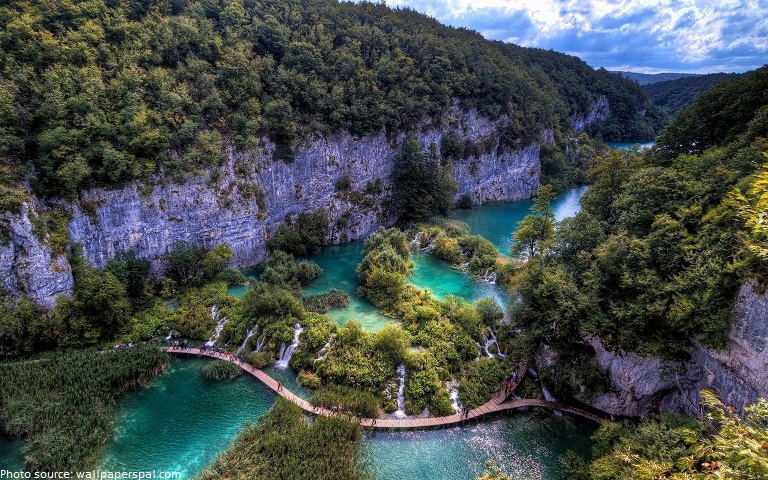 Croatia’s Adriatic Sea mainland coast is 1,777.3 kilometers (1,104.4 miles) long, while its 1,246 islands and islets encompass a further 4,058 kilometers (2,522 miles) of coastline—the most indented coastline in the Mediterranean. 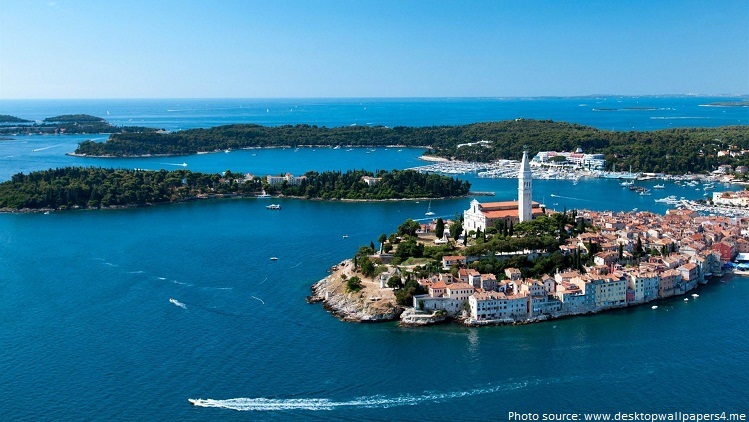 The most famous beach in Croatia is in Bol, which is on the island of Brac. 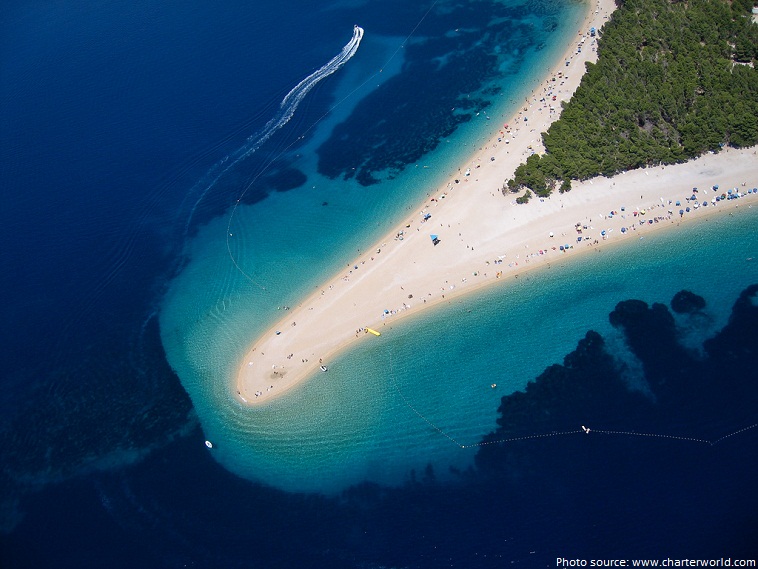 The English poet Lord Byron called Dubrovnik “the pearl of the Adriatic”. 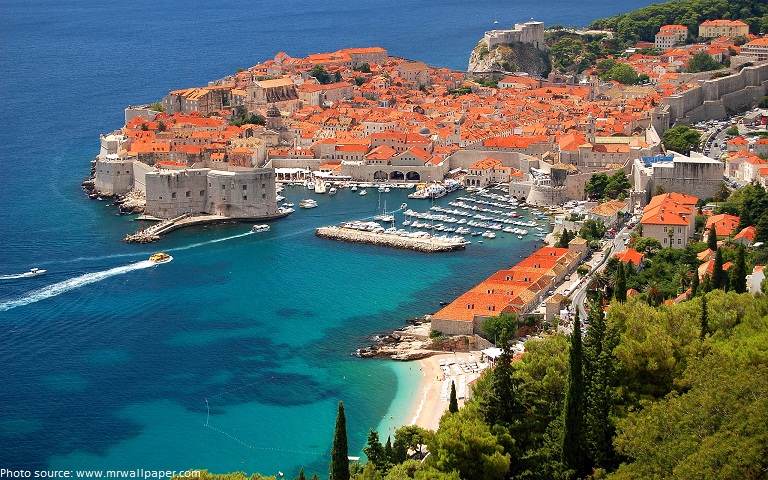 Built in 1296, Dubrovnik still has in use today one of the first medieval sewage systems.

Hum in Croatia is known as the smallest town in the world.It has a population of 30 as per the 2011
census, but is officially a town. 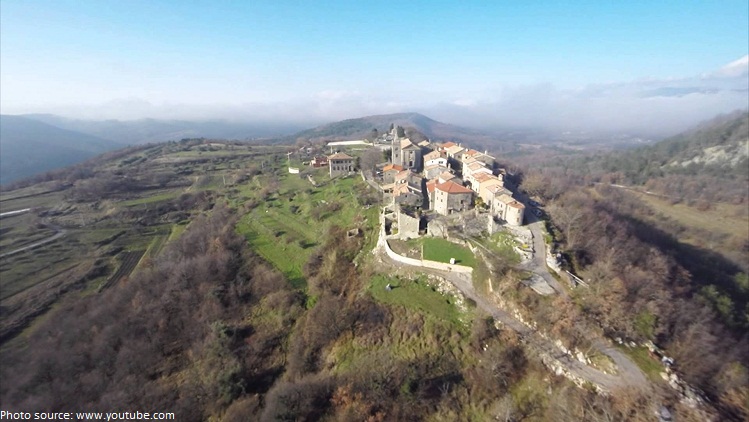 The Pula Arena is the name of the amphitheatre located in Pula, Croatia.It was constructed in 27 BC – 68 AD and is among the 6 largest surviving Roman arenas in the World. 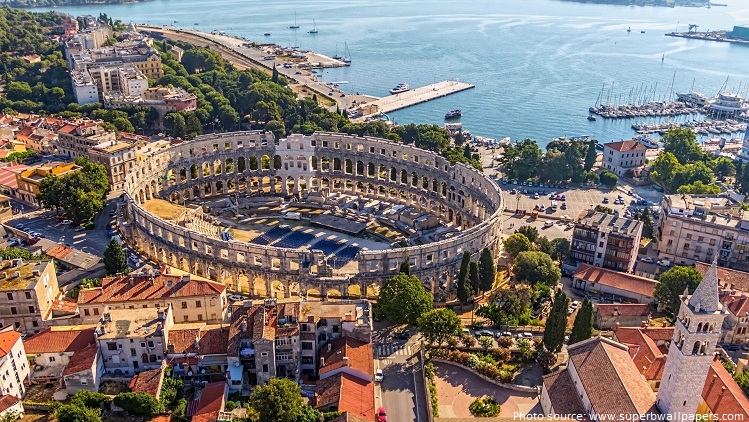 Diocletian’s Palace is an ancient palace built by the Roman emperor Diocletian at the turn of the 4th century AD, that today forms about half the old town and city center of Split, in Croatia. 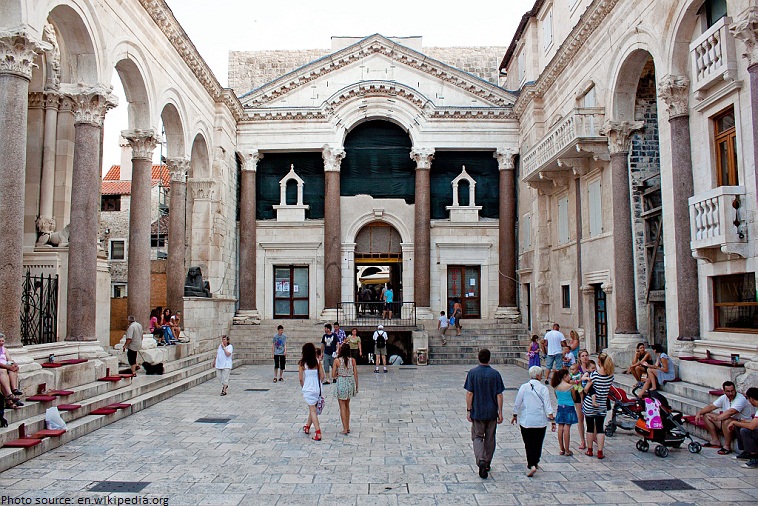 Twelve sphinxes were brought to Split after Diocletian put down a rebellion in Egypt somewhere around the year 297. Unfortunately, only one survived and is now standing at the Peristyle. The sphinx on the Peristyle is made of black granite. It dates back to the period of pharaoh Tuthmosis III who lived from 1479 until 1425 BC. 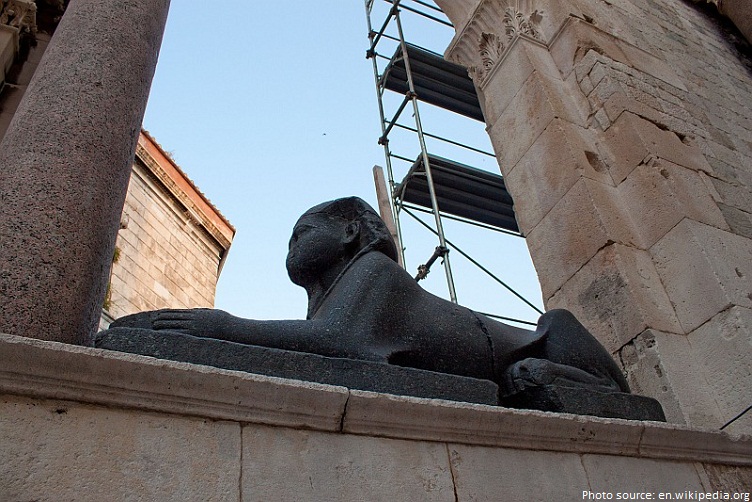 Palaeolithic site on Hušnjakovo near Krapina, counted among the largest and richest sites in the world where Neanderthal remains have been found.

The Dalmatian is a breed of large dog, noted for its unique black or liver spotted coat and mainly used as a carriage dog in its early days. Its roots trace back to Croatia and its historical region of Dalmatia. 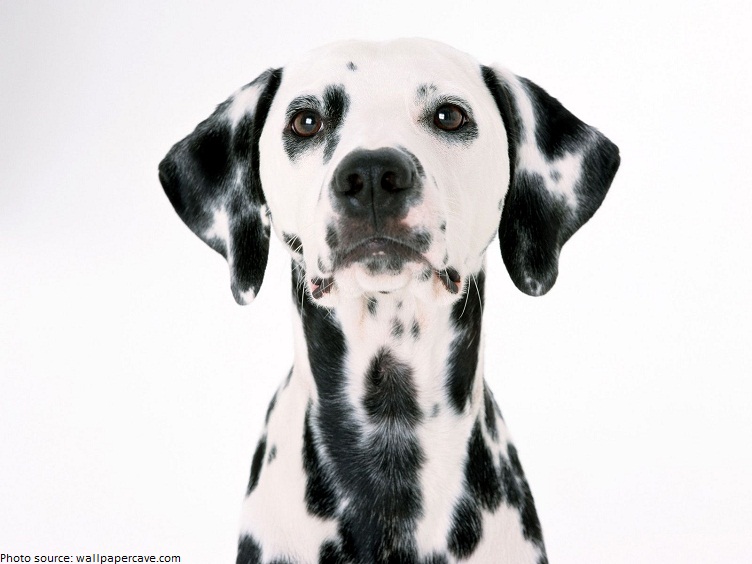 The Mag Light was invented by a Croatian named Maglica.

Croatian Slavoljub Penkala invented a mechanical pencil, the Penkala in 1906.Today we call it “pen”. 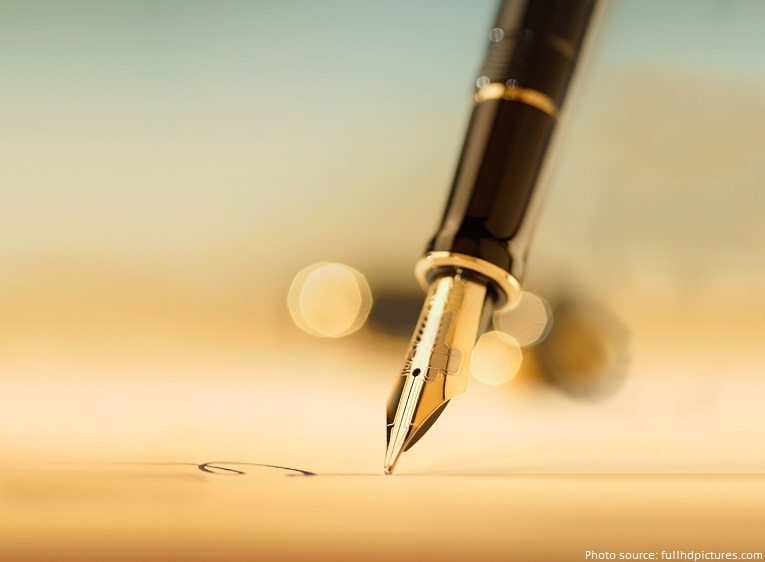 Janica Kostelic, one of the best female skiers of all times, is Croatian.

It may be that the loveliest inscription of Zadar’s exceptional sunset was written by the famous Alfred Hitchcock.

There is a Museum of Broken Relationships in Zagreb, where people display their memories of past relationships.

Croatians invented a tie. Originally worn by Croat soldiers, they were adopted by the French army in the 17th Century and soon became fashionable. Croatians mark Cravat Day on 18 October. 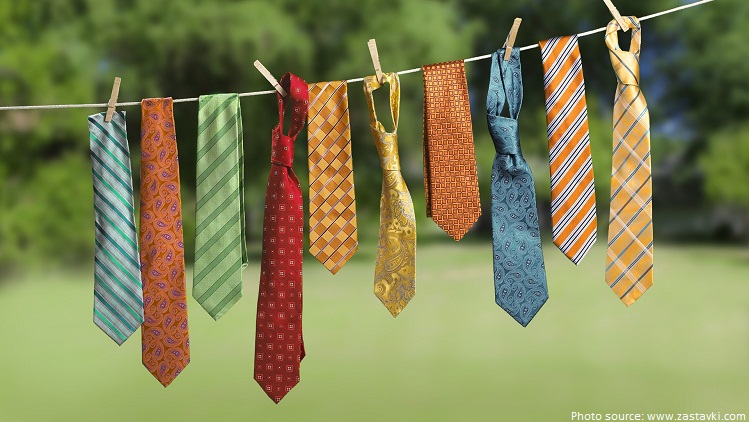 Croatian currency is known as the Kuna, which is the Croatian word for marten. A marten was a forest rodent whose highly prized skin was used to pay taxes in the Roman provinces of eastern Croatia.

The kuna is divided into 100 lipa, which is the Croatian name of the linden lime tree.

Wine has been made in Croatia since it was introduced by Greek settlers 2,500 years ago – original vineyards are still intact on Stari Grad Plain on Hvar island. Today, Croatia has more than 300 wine regions, 17,000 producers and 2,500 (mostly white) wines. 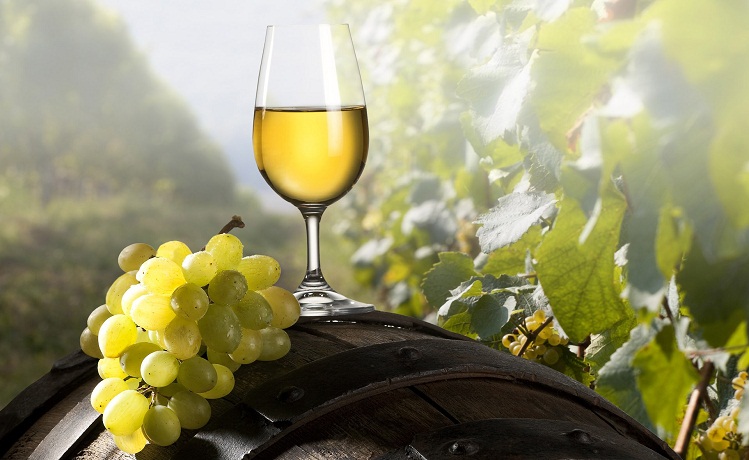 Shakespeare’s Twelfth Night was staged in Illyria an ancient region of the Western Balkans whose coast covered modern day Croatia (and also Slovenia, Montenegro and Albania).

Way back in the 1960s, Paklenica National Park, doubled as the American Wild West in 11 movies filmed onsite about the fictional Native American hero Winnetou.

The hit HBO series Game of Thrones was filmed on the Dalmatian coast in Split and Dubrovnik. 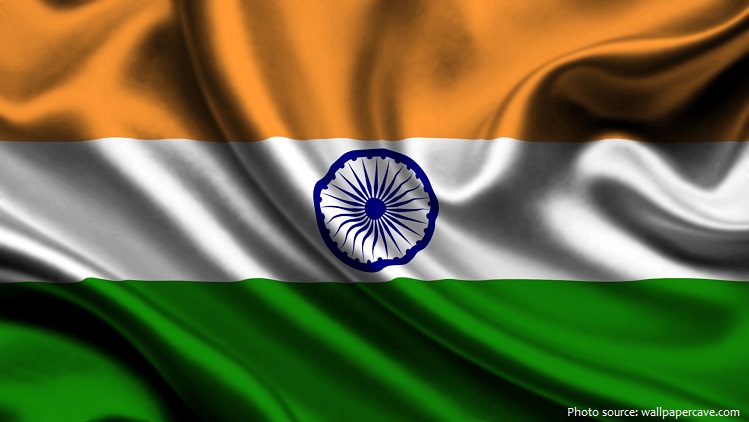 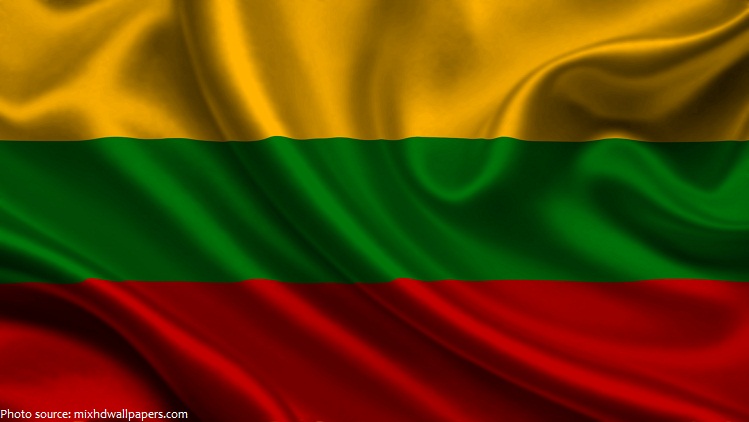 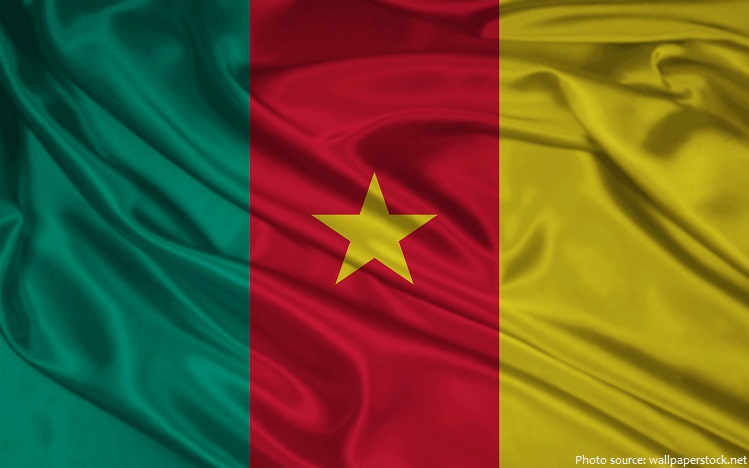