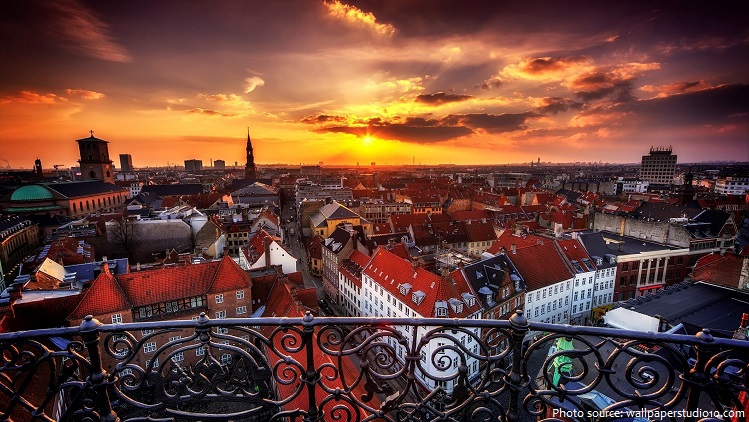 Copenhagen is the capital and most populous city of Denmark.

It is located on the eastern shore of the island of Zealand, partly on the island of Amager and on a number of natural and artificial islets between the two.

The city of Copenhagen covers a total area of 606 square kilometers (234 square miles).

The central area of the city consists of relatively low-lying flat ground formed by moraines from the last ice age while the hilly areas to the north and west frequently rise to 50 meters (160 feet) above sea level. 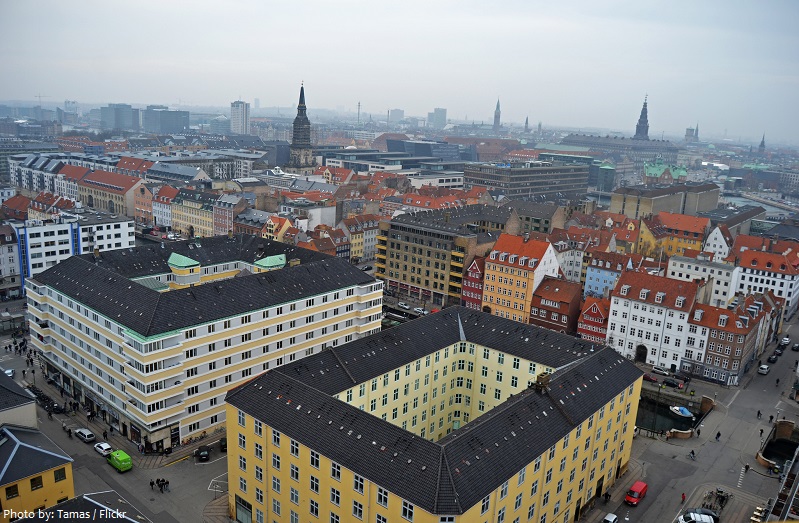 The history of Copenhagen dates back to the first settlement at the site in the 11th century.

Copenhagen became the capital of Denmark in the early 15th century.

Beginning in the 17th century it consolidated its position as a regional centre of power with its institutions, defences and armed forces. 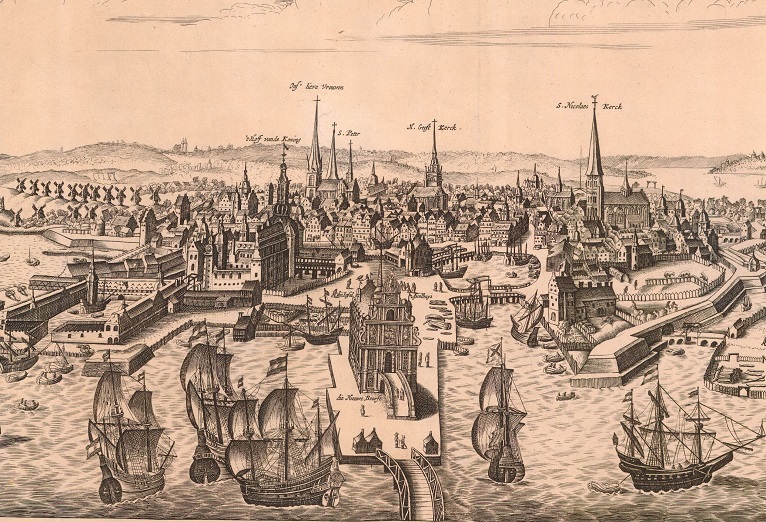 After suffering from the effects of plague and fire in the 18th century, the city underwent a period of redevelopment.

After further disasters in the early 19th century when Horatio Nelson attacked the Dano-Norwegian fleet and bombarded the city, rebuilding during the Danish Golden Age brought a Neoclassical look to Copenhagen’s architecture.

Since the turn of the 21st century, Copenhagen has seen strong urban and cultural development, facilitated by investment in its institutions and infrastructure. 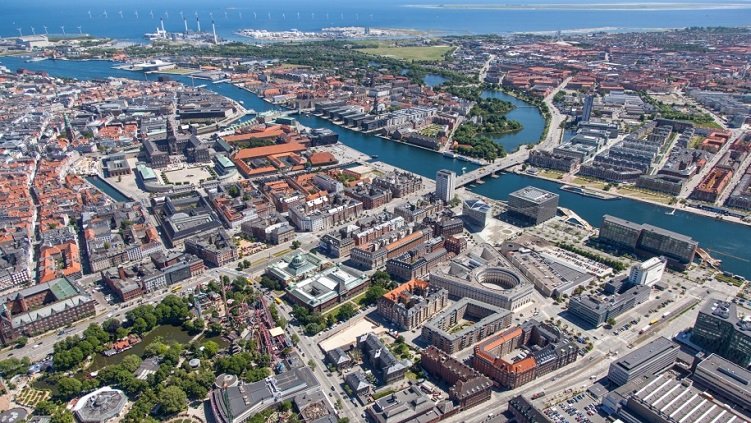 Today, the city is the cultural, economic and governmental center of Denmark; it is one of the major financial centres of Northern Europe with the Copenhagen Stock Exchange.

Most of Copenhagen’s most popular attractions and sights are within walking distance.

Kronborg Castle is probably the most famous Danish castle. Immortalized as Elsinore in William Shakespeare’s play Hamlet, Kronborg is one of the most important Renaissance castles in Northern Europe and has been added to UNESCO’s World Heritage Sites list (2000). 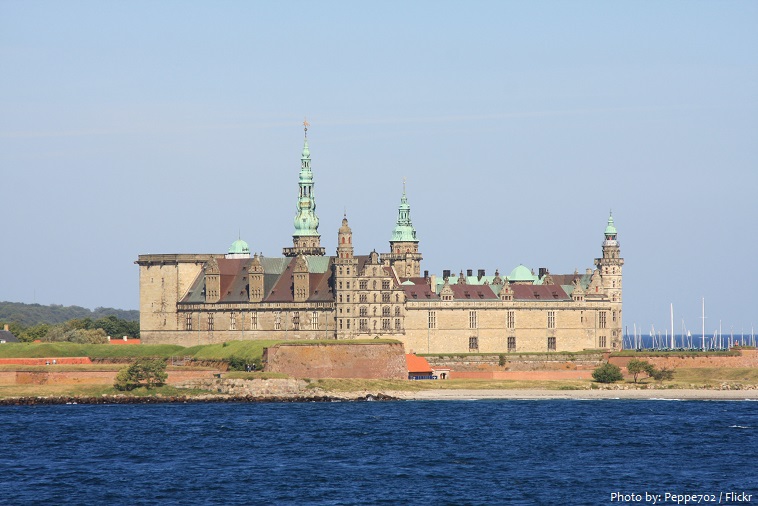 On the tiny island of Slotsholmen is the Danish seat of government and an attraction that should be top on any visitor’s agenda. Christiansborg boasts more than 800 years of history and today, the palace is home to the Parliament, the Prime Minister’s Office, and the Supreme Court. In addition, several parts are still used by the Royal House, although thankfully, much is open to the public.

Amalienborg is the home of the Danish royal family. It consists of four identical classical palace façades with rococo interiors around an octagonal courtyard; in the centre of the square is a monumental equestrian statue of Amalienborg’s founder, King Frederick V. 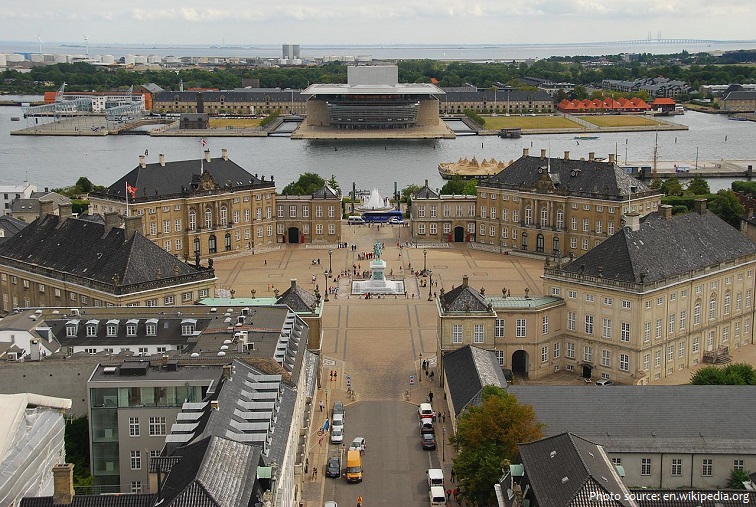 Rosenborg Castle is a renaissance castle located in Copenhagen. The castle was originally built as a country summerhouse in 1606 and is an example of Christian IV’s many architectural projects. It was built in the Flemish Renaissance style, typical of Danish buildings during this period, and has been expanded several times, finally evolving into its present condition by the year 1624. 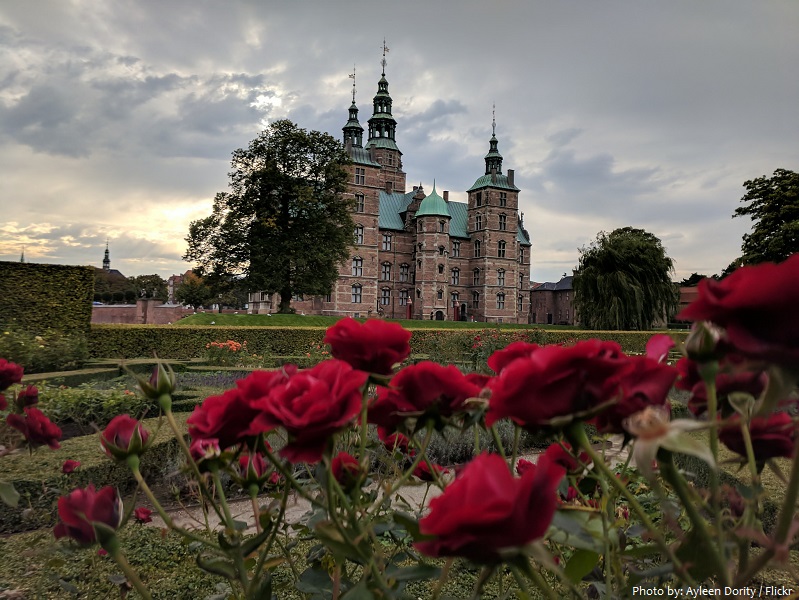 Nyhavn is a 17th-century waterfront, canal and entertainment district in Copenhagen. Stretching from Kongens Nytorv to the harbour front just south of the Royal Playhouse, it is lined by brightly coloured 17th and early 18th century townhouses and bars, cafes and restaurants. The canal harbours many historical wooden ships. 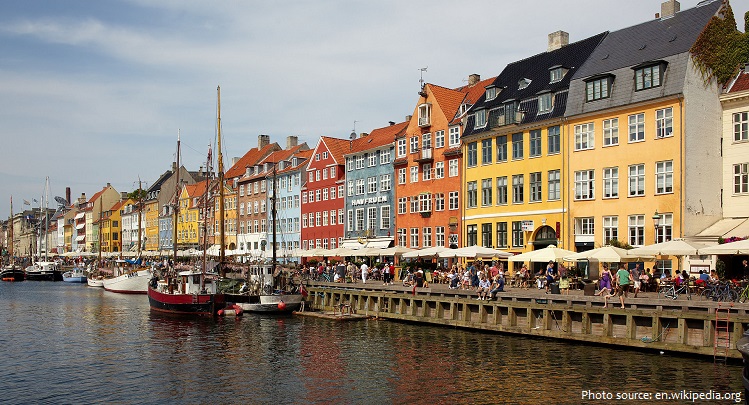 The Little Mermaid is a bronze statue by Edvard Eriksen, depicting a mermaid. The sculpture is displayed on a rock by the waterside at the Langelinie promenade in Copenhagen, Denmark. It is 1.25 meters (4.1 ft) tall and weighs 175 kilograms (385 lb). Based on the fairy tale of the same name by Danish author Hans Christian Andersen, the small and unimposing statue is a Copenhagen icon and has been a major tourist attraction since its unveiling in 1913. 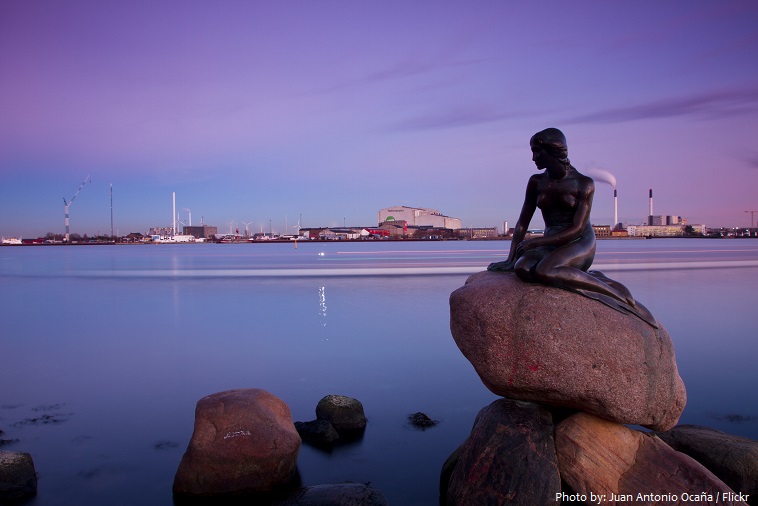 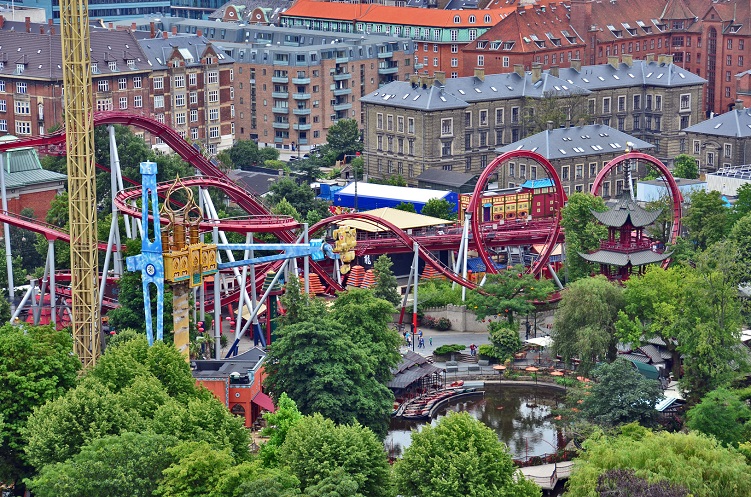 For a number of years, Copenhagen has ranked high in international surveys for its quality of life.

Copenhagen is recognized as one of the most environmentally friendly cities in the world.

It is one of the most bicycle-friendly cities in the world.

The University of Copenhagen, founded in 1479, is the oldest university in Denmark.

Copenhagen is a green city with many parks, both large and small. 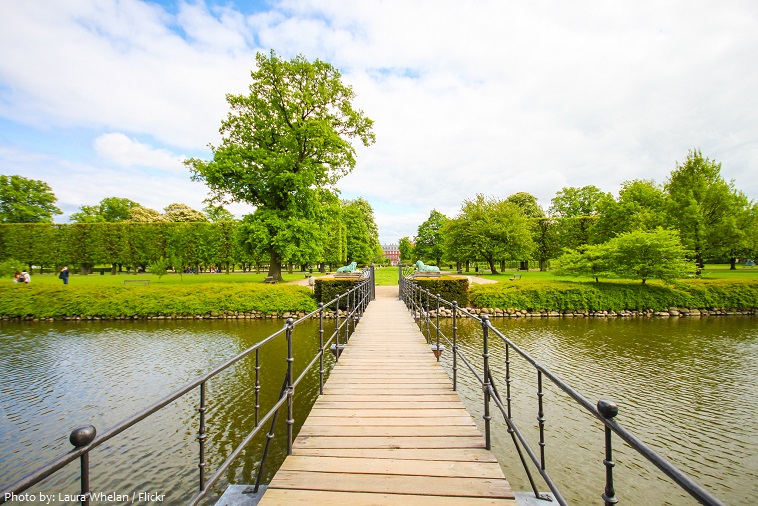 Copenhagen has a wide array of museums of international standing.

The city has one of the highest number of restaurants and bars per capita in the world.

Copenhagen’s name reflects its origin as a harbour and a place of commerce. The original designation in Old Norse, from which Danish descends, was Kaupmannahǫfn meaning “merchants’ harbour”.

Sometimes referred to as “the City of Spires”, Copenhagen is known for its horizontal skyline, broken only by the spires and towers of its churches and castles.

Copenhagen is recognized globally as an exemplar of best practice urban planning. Its thriving mixed use city center is defined by striking contemporary architecture, engaging public spaces and an abundance of human activity.