Compote made of fruit and syrup of sugar and other flavorings.

It can be made from fresh, canned or dried fruit.

The fruit can be cooked whole or cut into pieces and almost anything can be used – apples, pears, apricots, peaches, plums, figs, and berries.

When a compote is made with dried fruit, the fruit is typically soaked in water first to soften it.

Slow cooking is important, so the fruit retains its shape. 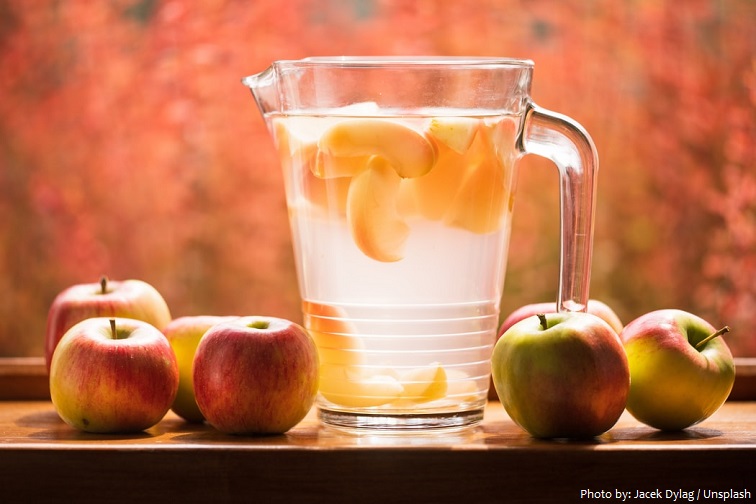 It can include flavorings, such as vanilla, cinnamon, citrus peels, cloves and other spices.

Compote is served either warm or cold.

Unlike jams and jellies, home-made compotes should be kept in sterilised jars in the fridge (for up to two weeks) or frozen for later use.

Compote conformed to the medieval belief that fruit cooked in sugar syrup balanced the effects of humidity on the body. 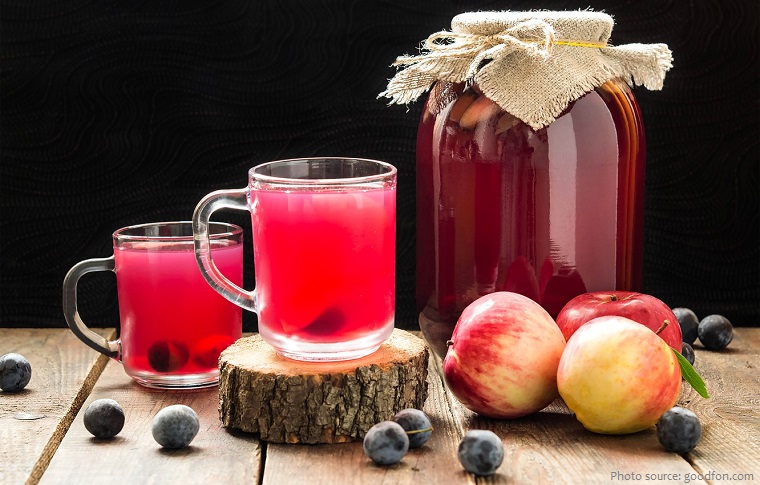 The name is derived from the Latin word compositus, meaning mixture.

This dessert originated in medieval Europe.

In late medieval England it was served at the beginning of the last course of a feast (or sometimes the second out of three courses), often accompanied by a creamy potage.

In the past, compote was a widely used way of preserving fruit for the winter season in Central and Eastern European countries.

During the Renaissance, it was served chilled at the end of dinner. 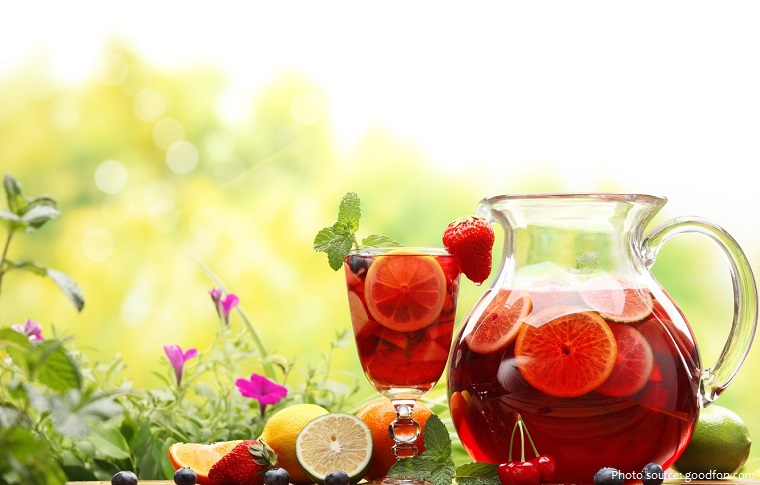 Because it was easy to prepare, made from ingredients that contained no dairy products, compote became a staple of Jewish households throughout Europe.

In modern French, the term refers to usually unsweetened fruit purée without fruit chunks, such as applesauce.

Today, compot is popular in Central and Eastern European countries as well as in Scandinavia.

Polish dried fruit compote is a simple-yet-satisfying dessert of stewed fruit eaten year-round in Poland, but it is especially popular in the fall and winter. It uses summer’s bounty that has been preserved by drying and then reconstituted with sugar, water, spices and, in some cases, liquors. It is a traditional Christmas Eve dessert and originally was made with 12 different dried fruits to represent the 12 apostles. 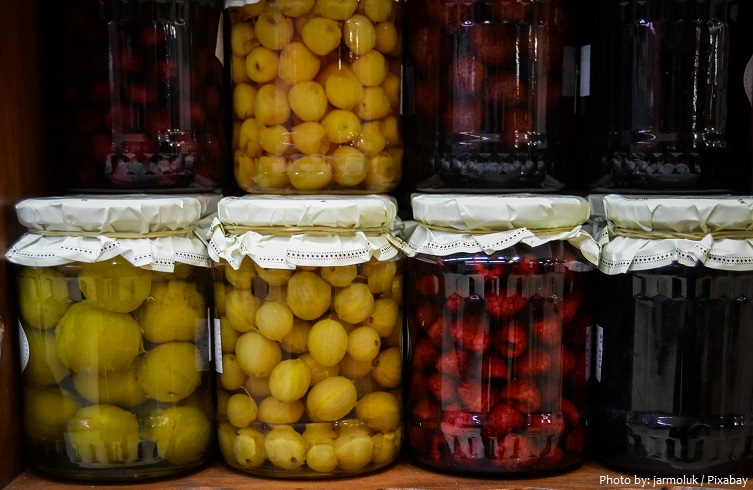 Tomato compote is a relish or side dish whose main ingredient is roasted or cooked tomatoes. In the United States, it has been prepared at least since 1876, when it appeared in the Little Dinners cookbook by Mary Hooper (1829–1904).

In the crystal and glass world a compote is usually referred to as a serving dish that was made to serve the culinary dish called compote.

National Fruit Compote Day is celebrated on March 1 of every year.