It is a migratory species breeding in forest and scrub in Europe and south-west Asia, and wintering in sub-Saharan Africa. It is not found naturally in the Americas.

They are best known for its powerful and beautiful song. 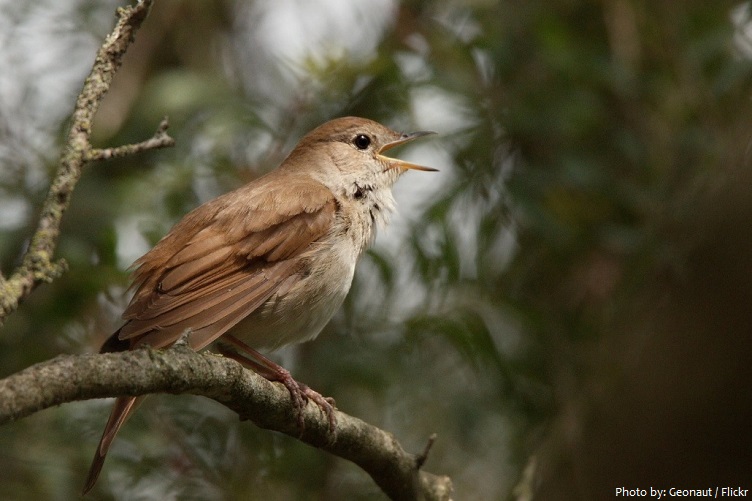 The song is loud, with an impressive range of whistles, trills and gurgles.

Common nightingales are so named because they frequently sing at night as well as during the day.

“Nightingale” is derived from “night”, and the Old English galan, “to sing”.

The name has been used for more than 1,000 years, being highly recognisable even in its Old English form nihtgale. 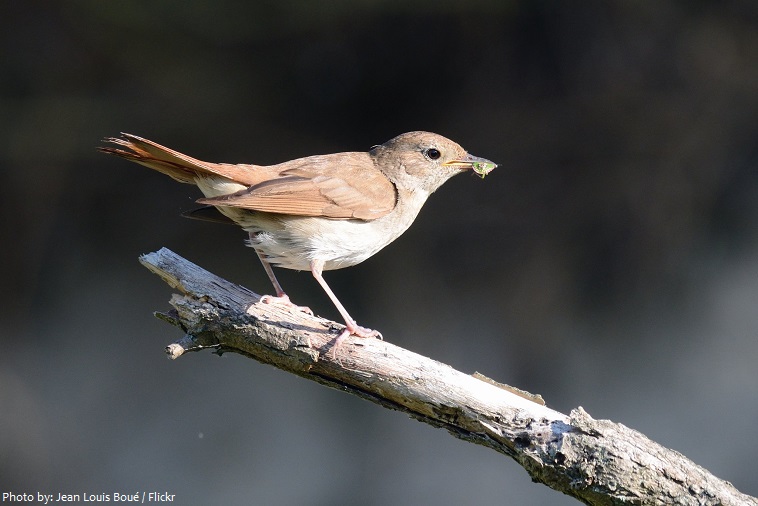 The genus name Luscinia is Latin for “nightingale” and megarhynchos is from Ancient Greek megas, “great” and rhunkhos “bill”.

Common nightingale typical lifespan ranges from 1 to 5 years. The oldest recorded age is at 8 years and 4 months old. 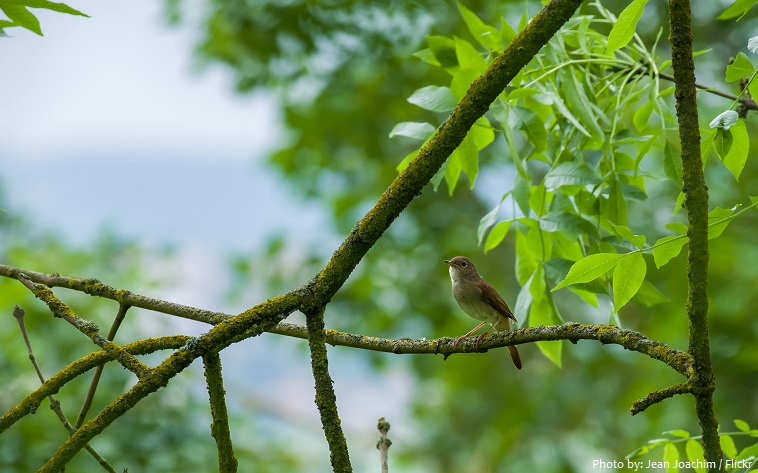 It is plain brown above except for the reddish tail. It is buff to white below.

Common nightingales are primarily insectivores, preying on insects such as beetles, ants, worms, and spiders found on the ground. In the autumn they sometimes eat berries and other fruits.

Common nightingales are solitary outside of the breeding season.

Only unpaired males sing regularly at night, and nocturnal song probably serves to attract a mate.

Singing at dawn, during the hour before sunrise, is assumed to be important in defending the bird’s territory. 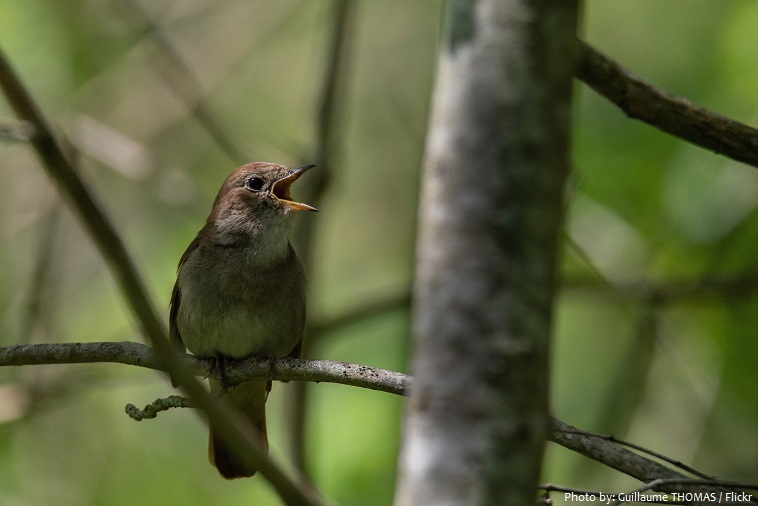 Breeding in common nightingales takes place around mid-May each year. Nests are usually set up by the female among the twigs found in dense shrubs, using dried leaves and grass. Incubation lasts approximately 13 to 14 days by the female. When the eggs hatch, both parents take care of the chicks by feeding and nurturing them until they can survive on their own. The fledgling period lasts between 11 to 13 days.

The major known predators of common nightingales are tawny owls. 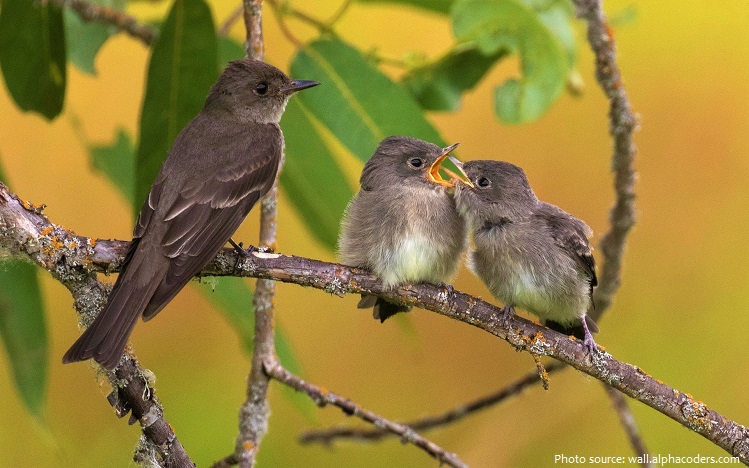 This species has acquired a place in folklore and culture of the countries where it breeds or it crosses when migrating.

The nightingale has a long history with symbolic associations ranging from “creativity, the muse, nature’s purity, and, in Western spiritual tradition, virtue and goodness.”

The common nightingale is an important symbol for poets from a variety of ages, and has taken on a number of symbolic connotations. 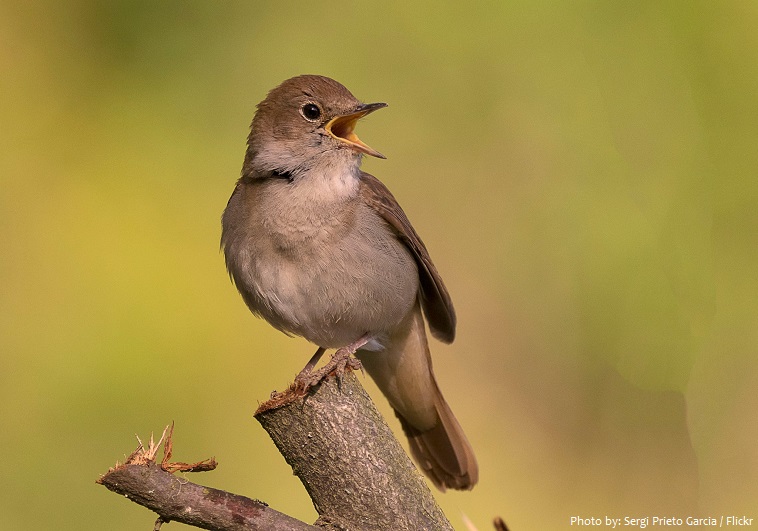 Homer evokes the nightingale in the Odyssey, suggesting the myth of Philomela and Procne (one of whom, depending on the myth’s version, is turned into a nightingale).

Perhaps one of the most famous roles is in the John Keats poem, “Ode to a Nightingale,” in which the poet describes the beauty of a nightingale’s song.

The Nightingale is emotional song was written by Tchaikovsky while he was on an extended stay in the United States. It is an outpouring of his feelings about being away from home.

Stravinsky also composed a piece referring to the nightingale’s song in “Song of the Nightingale and Chinese March.” 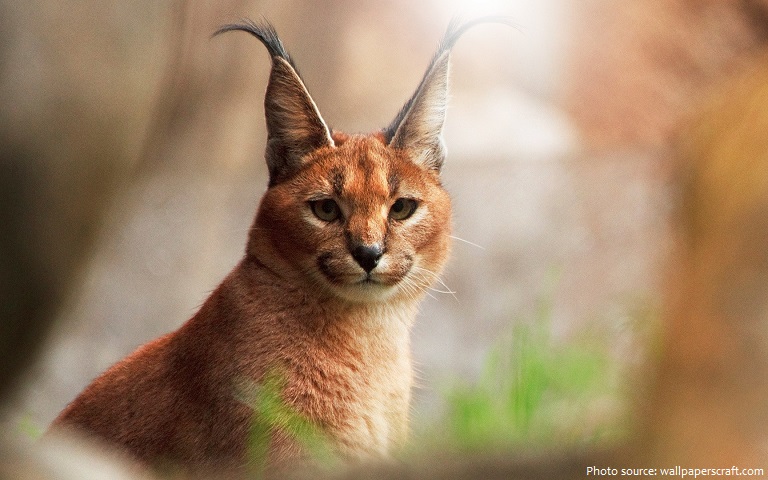