Columbus is the state capital of and the most populous city in Ohio.

The city is located in central Ohio at the confluence of the Scioto and Olentangy rivers.

As of July 2019, the population of Columbus is about 900,000 people. It is the 13th-largest city in the United States and the 3rd most populous state capital in the US (after Phoenix, Arizona and Austin, Texas). 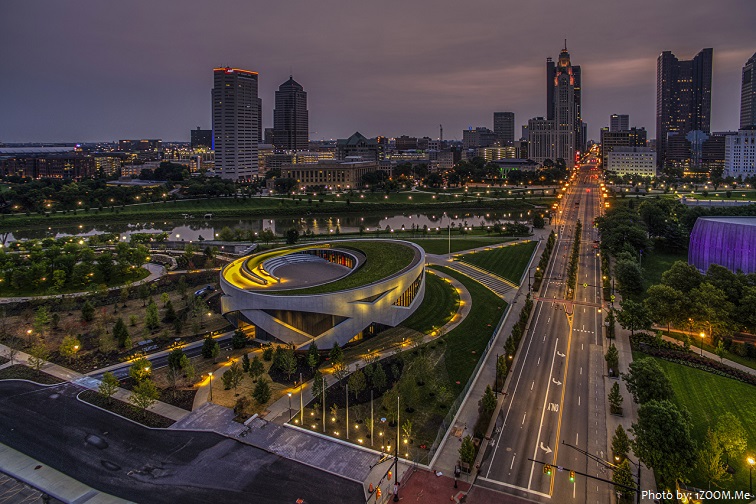 Columbus was planned in 1812 as a political center by the Ohio legislature and was named for Christopher Columbus.

The state government moved to the city in 1816 from Chillicothe.

During the American Civil War, Columbus became a major staging area for Union forces, and Camp Chase, one of the North’s largest facilities for Confederate prisoners of war, was built on the city’s west side. 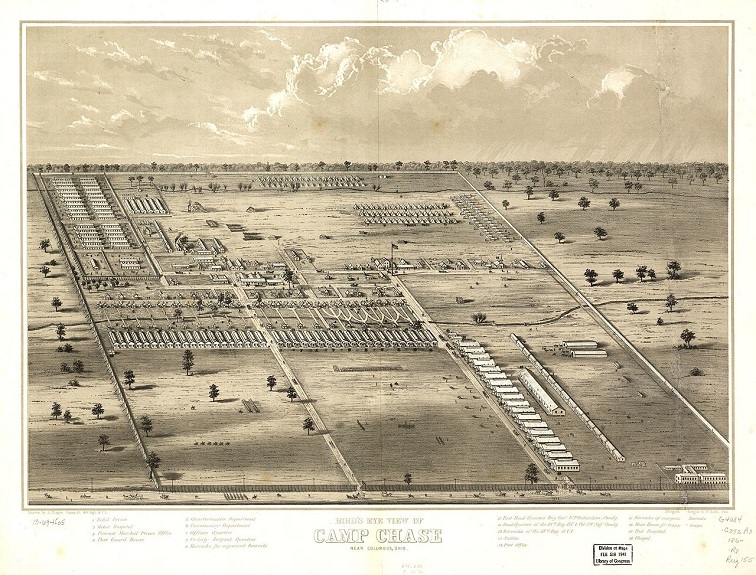 By 1900, when the population exceeded 125,000, the city had emerged as an important transportation and commercial center.

Today, Columbus is one of the fastest growing large cities in the nation.

The Columbus Zoo and Aquarium is one of the top things to do in Columbus because of its expansive collection of animals, educational programs, and changing exhibits. With six habitats, like Asia Quest, Congo Expedition, Heart of Africa, and Shores, a day at the Columbus Zoo takes you to every continent to explore more than 10,000 animals. 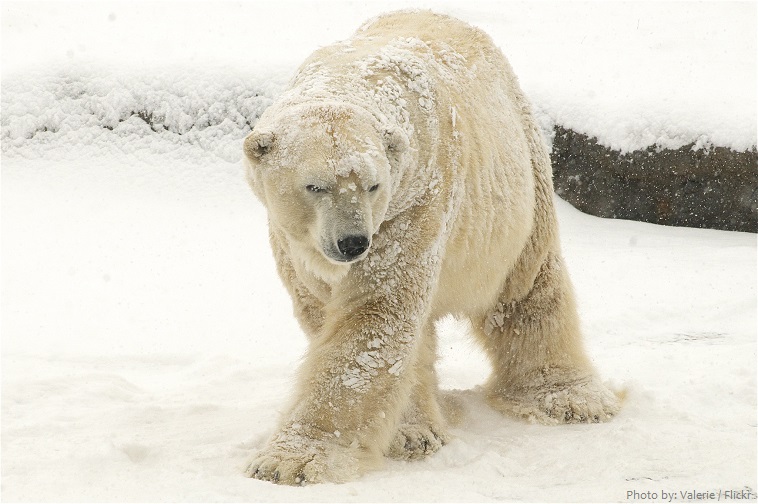 Franklin Park Conservatory and Botanical Gardens is a botanical garden and conservatory located in Columbus. It is open daily and an admission fee is charged. Originally built in 1895, the conservatory is on the National Register of Historic Places. Today, it is a horticultural and educational institution showcasing exotic plant collections, special exhibitions, and Dale Chihuly artworks. The conservatory contains more than 400 plant species. 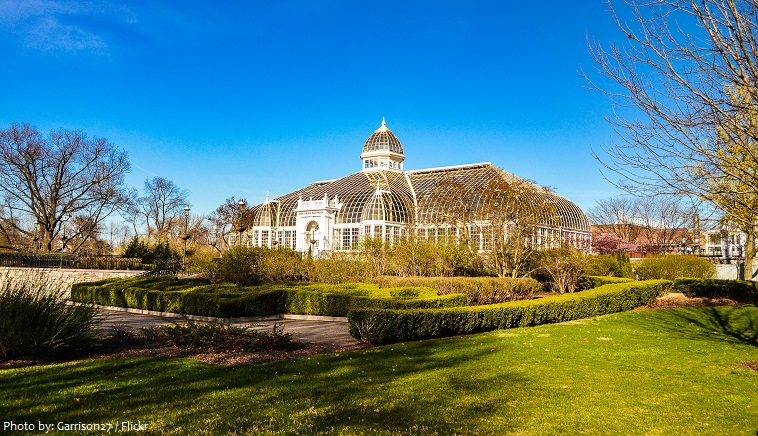 The Columbus Museum of Art is located in downtown Columbus. Formed in 1878 as the Columbus Gallery of Fine Arts, it was the first art museum to register its charter with the state of Ohio. The museum is dedicated to collecting and exhibiting American and European modern and contemporary art along with folk art, glass art, and photography. 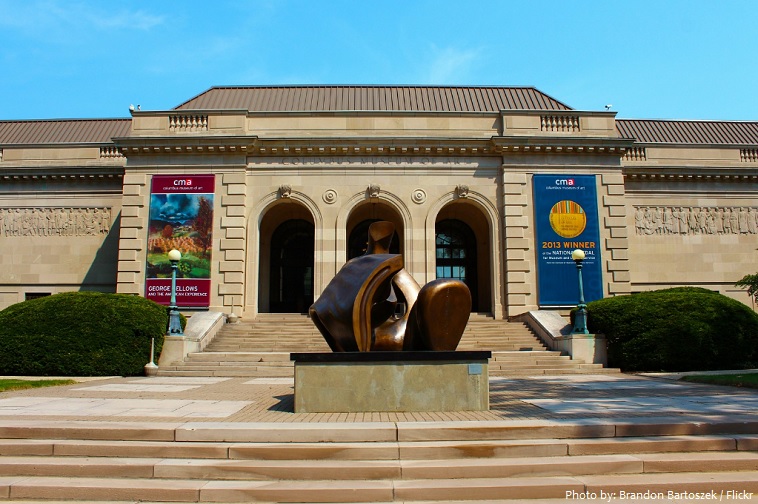 COSI (an acronym for Center of Science and Industry) is a science museum and research center located in Columbus. Originally opened in 1964, COSI was relocated to a 30,000 square meter (320,000 square foot) state-of-the-art facility designed by Japanese architect Arata Isozaki along a bend in the Scioto River in the Franklinton neighborhood in 1999. COSI features more than 300 interactive exhibits throughout themed exhibition areas. 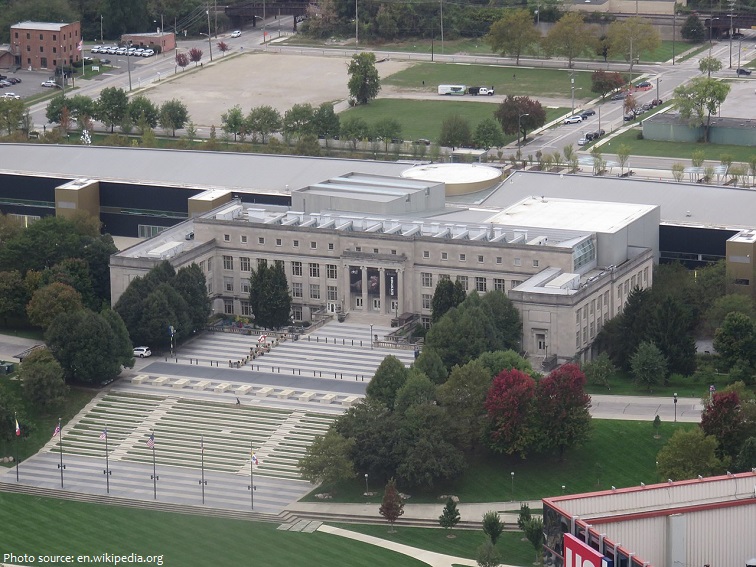 The North Market is a public market located in Downtown Columbus. The market has dozens of local vendors selling everything from homemade bread and fresh flowers to an array of small eateries serving up Italian, Indian, Vietnamese, Pizza, German, Sushi, BBQ, and Nepalese food options on two floors. The specialty local market is especially vibrant on Saturdays, when merchants also set up outside selling goods like local honey and farm produce. 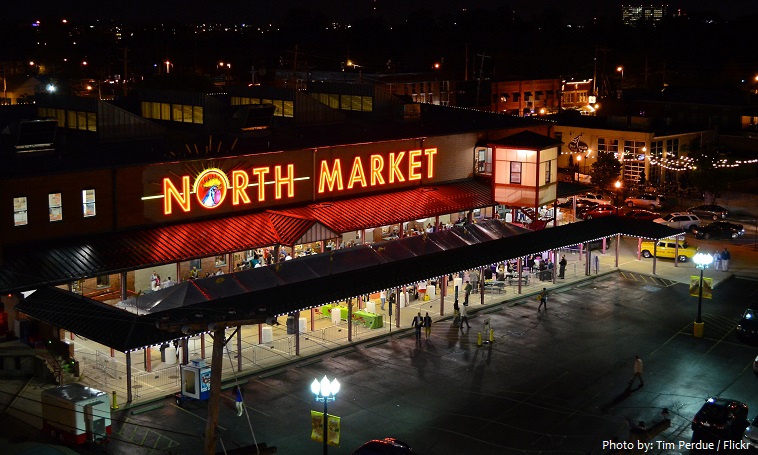 The city became known as the “Buggy Capital of the World,” thanks to the two dozen buggy factories—notably the Columbus Buggy Company, founded in 1875 by C.D. Firestone.

“The Columbus Experiment” was an internationally recognized environmental project in 1908, which involved construction of the first water plant in the world to apply filtration and softening, designed and invented by two brothers, Clarence and Charles Hoover.

In 1964, Ohio native Geraldine Fredritz Mock became the first woman to fly solo around the world, leaving from Columbus and piloting the Spirit of Columbus. Her flight lasted nearly a month and set a record for speed for planes under 1,750 kilograms (3,858 pounds).