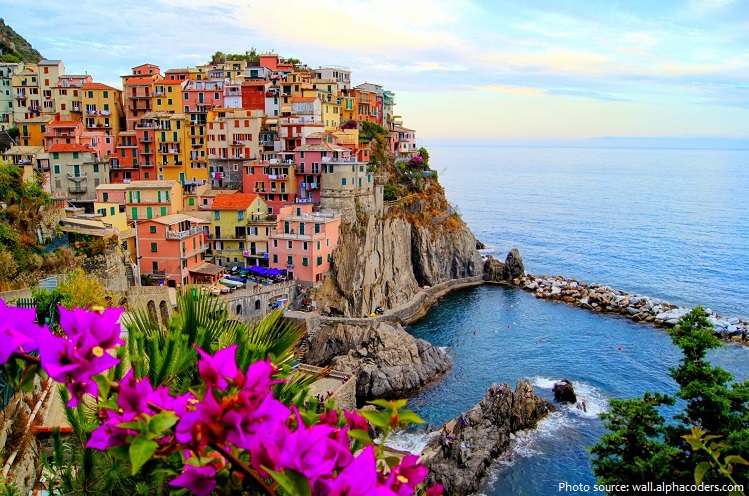 The Cinque Terre is is a cultural landscape of great scenic and cultural value.

It is located in the northwest of Italy on a rugged portion of coast on the Italian Riviera.

Cinque Terre, which translates to “five lands” is a very popular tourist destination.

The coastline, the five villages, and the surrounding hillsides are all part of the Cinque Terre National Park and is a UNESCO World Heritage Site since 1997.

Every one of these villages has a history and personality of its own, and they are all beautiful to visit. 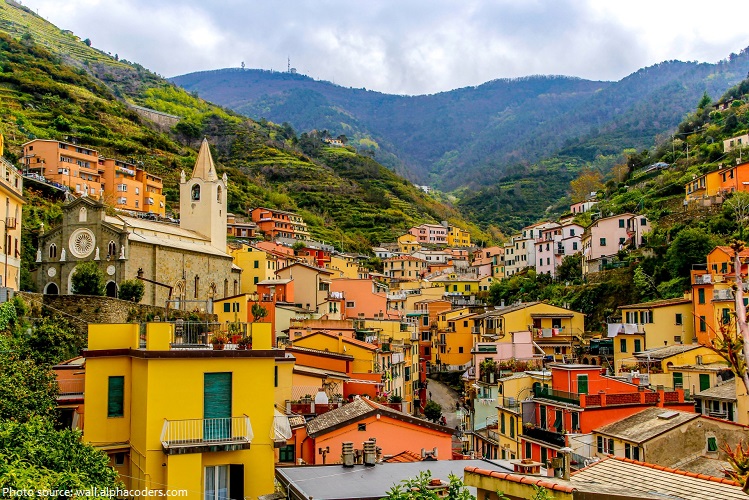 Over the centuries, people have carefully built terraces on the rugged, steep landscape right up to the cliffs that overlook the sea.

Part of its charm is the lack of visible corporate development. Paths, trains and boats connect the villages, and cars cannot reach them from the outside.

The first historical documents on Cinque Terre date back to the 11th century.

The name “Cinque Terre” dates back to before the fifteenth century but the history of the coast on which the small villages are located dates far back.

Monterosso and Vernazza sprang up first, while the other villages grew later.

In the 12th century, the region became part of the Republic of Genoa. Back then, it took two days to sail from the villages to Genoa. By this time, the coast was famous for its excellent wine.

In the 16th century, to oppose the attacks by the Turks, the inhabitants reinforced the old forts and built new defense towers. 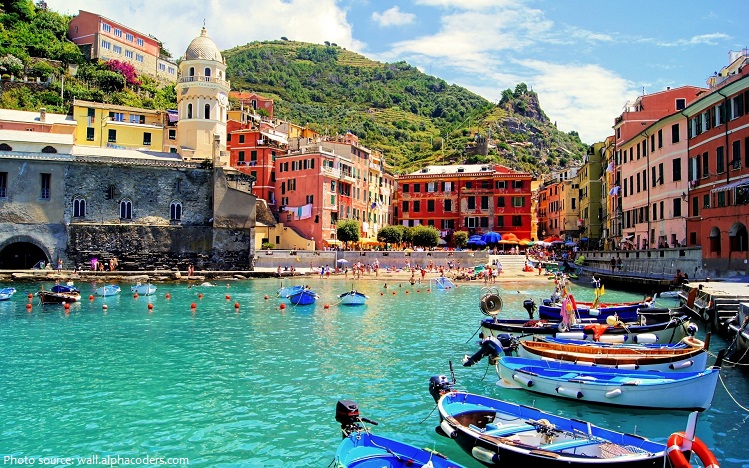 In the 17th century, a terrible storm ruined the crop so the villages needed help from Genoa.

In the middle of the 1800s, the wine market recovered so even more vine was planted.

Contrary to the common belief that house colors originated to distinguish the fisherman’s houses, they were not painted until the late 1970s. The only village that used fishing as its main industry was Monterosso. The locals lived off vineyards and olive cultivation.

In the 1970s, an American travel writer was enchanted by the five quiet, hidden villages and raved about the Cinque Terre in his guidebooks. Since then, many travellers have enjoyed the hospitality of the inhabitants of the Cinque Terre.

Given its location on the Mediterranean, seafood is plentiful in the local cuisine.

The grapes of the Cinque Terre are used to produce two locally made wines.

Photos of the Cinque Terre are very popular on internet. 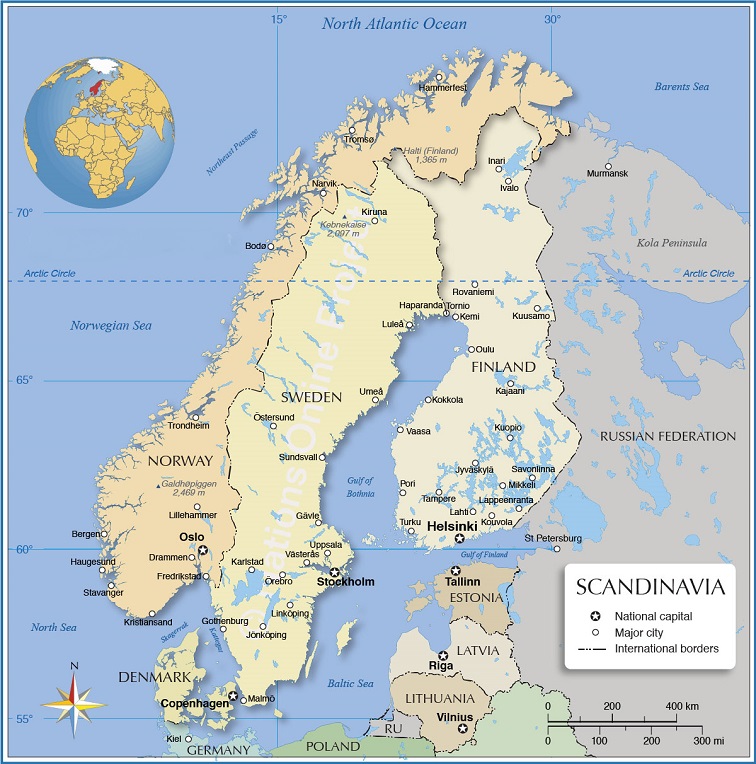