Candied fruit, also known as crystallized fruit or glacé fruit is a fruit that is preserved with sugar.

It is made by soaking fresh fruit pieces in a sugar syrup, then heating the mixture until all the fruit’s original water content is replaced with sugar. The sugar acts as a preserving agent, keeping
the individual fruity flavours of each candied slice intact.

Depending on size and type of fruit, process of preservation can take from several days to several months.

When made into candied fruit, sliced fruits, such as orange and lemon wedges, strawberries, melons, kiwi, grapefruit and pineapple, retain their vibrant colour. 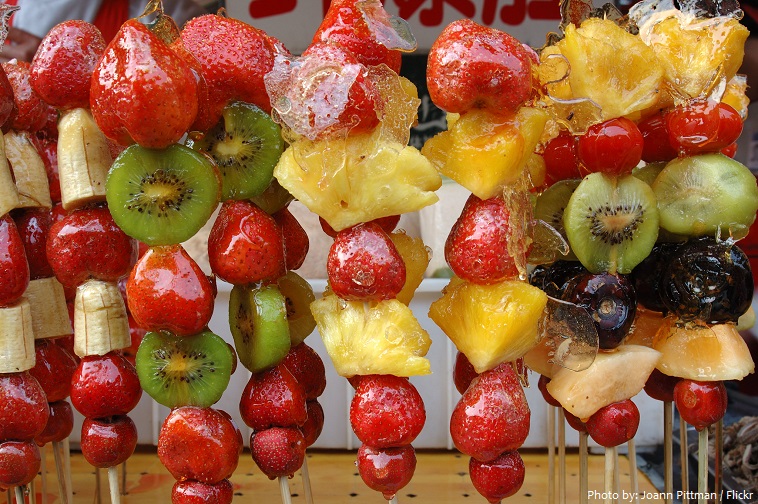 This process allows the fruit to retain its quality for a year.

Fruits that are commonly candied include dates, cherries, pineapple, as well as a root, ginger. The principal candied peels are orange, citron and lemon.

Candied fruits are the ancestors of modern candies.

When people in ancient Egypt, Rome, Mesopotamia and China discovered they could preserve fresh fruit in a sweet syrup to last them through the winter. Each appears to have discovered the method independently, and since it was a very long time ago we cannot say for sure who did it first. 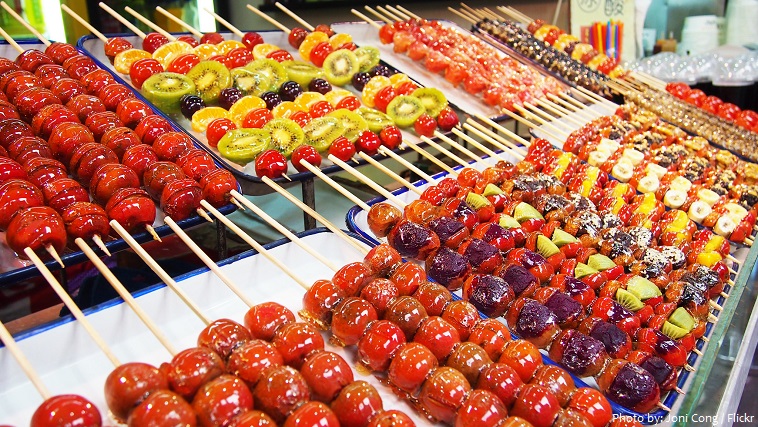 With the Arab domination of parts of southern Europe, candied fruit made its way to the West.

When sugar became widely available in Europe, bakers and confectioners polished the process of candying fruit into an art form, making candied fruit (or glacé fruit or crystallized fruit, as its also known) popular delicacies, particularly in Italy, France, Portugal and Spain.

In Italy, they became a key ingredient of some of the most famous sweets of its culinary tradition: among these, the Milanese panettone and Cassata Siciliana. 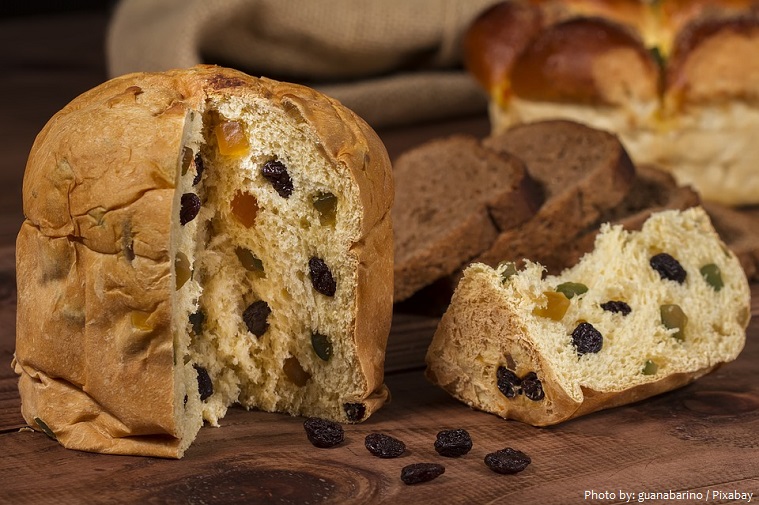 In France, a very famous dessert made with rice and candied fruit is the rice all’Imperatrice, a delicious savarin cooked in milk with the addition of whipped cream.

Many people get their first taste of candied fruit in holiday favourites such as fruitcake, Christmas pudding or lebkuchen cookies.

Candied fruit can also be enjoyed chopped and sprinkled into any cake, baked on top of cookies or sprinkled over homemade fudge or chocolate bark. Whole slices also make a beautiful, show-stopping garnish for tarts, pies, pastries and other decadent desserts. 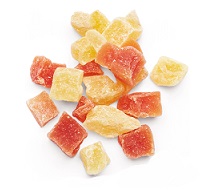 Famous Nostradamus was a fan, and the rich people of that time saw them as an exquisite treat.

The word “candy” comes from ancient Indian Sanskrit khanda means “a piece of sugar.” Years later, the Arabic version moved one step closer with qandi. The Middle English word candy began to be used in the late 13th century.