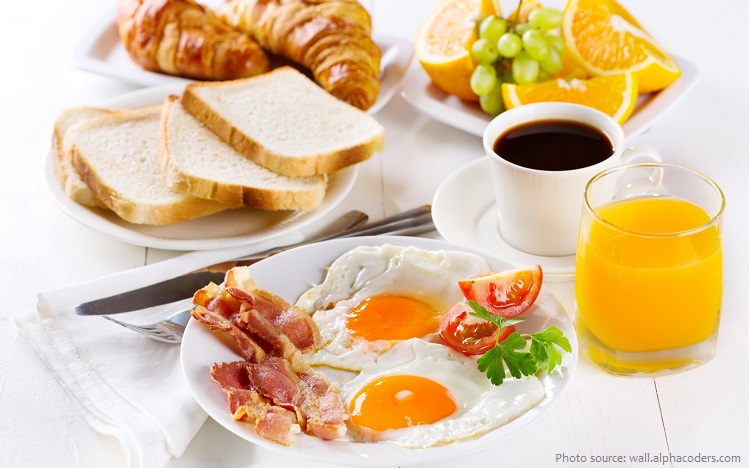 Breakfast is the first meal of a day.

It is said to be the most important meal of the day.

From archaeological evidence at Neolithic sites we know that there was an early reliance on cereal grains; what people consume at breakfast, however, has changed considerably over time and place. 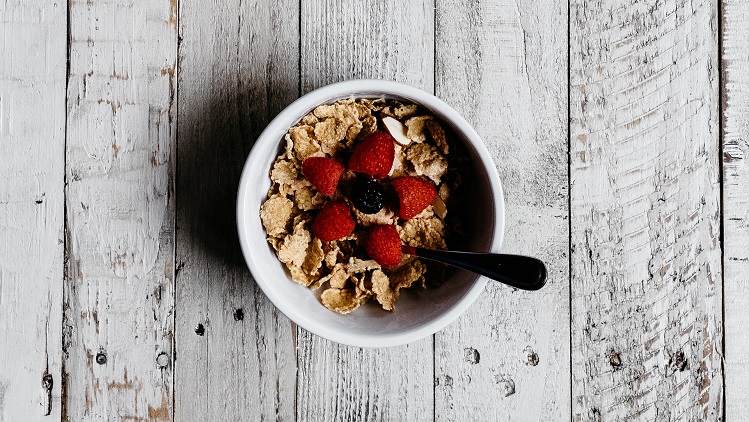 Wild emmer and einkorn wheats and a variety of barley were first gathered and then cultivated in the Middle East around 7000 BC.

Maize (corn) was grown in South America and rice in Asia starting around 4500 BC, and rye and oats were cultivated in Europe from about 400 BC.

Neolithic peoples used stone querns to grind the hulled grains, then boiled them to make a kind of porridge.

In Ancient Egypt peasants ate a daily meal, most likely in the morning, consisting of beer, bread, and onions before they left for work in the fields or work commanded by the pharaohs. 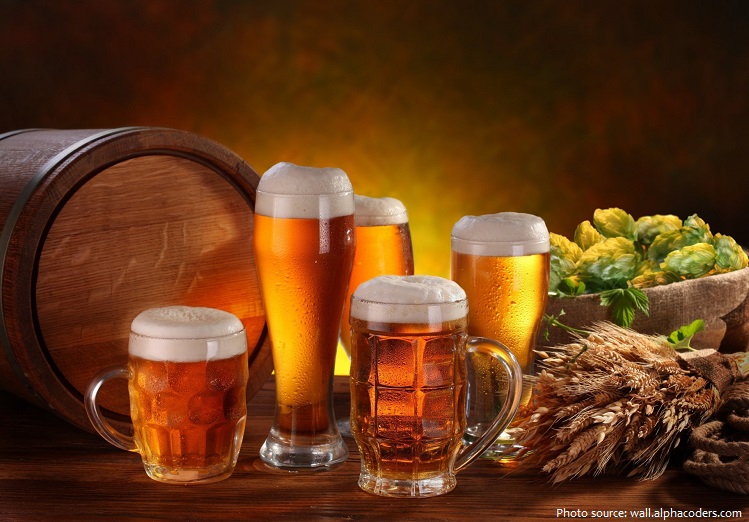 In Greek literature, Homer makes numerous mentions of ariston, a meal taken not long after sunrise. The Iliad notes this meal with regard to a labor-weary woodsman eager for a light repast to start his day, preparing it even as he is aching with exhaustion. The opening prose of the 16th book of The Odyssey mentions breakfast as the meal being prepared in the morning before attending to one’s chores.

Roman soldiers woke up to a breakfast of pulmentus, a porridge similar to the Italian polenta, made from roasted spelt wheat or barley that was then pounded and cooked in a cauldron of water.

During the middle ages, barley and hops were used to make beer which was served up in the morning to hungry peasants alongside oatcakes or porridge. 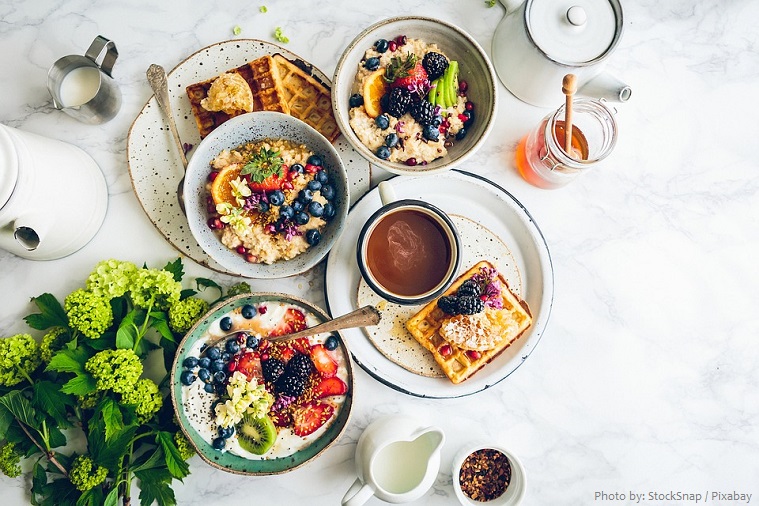 Historians tend to agree that breakfast became a daily, first thing in the morning institution once workers moved to cities and became employees who worked set schedules. In Europe, this first began in the 1600s, and breakfast achieved near ubiquity during the Industrial Revolution. With people going off to a full day’s work, breakfast became a thing.

Before cereal, in the mid 1800s, the American breakfast was not all that different from other meals. Middle- and upper-class Americans ate eggs, pastries, and pancakes, but also oysters, boiled chickens, and beef steaks. 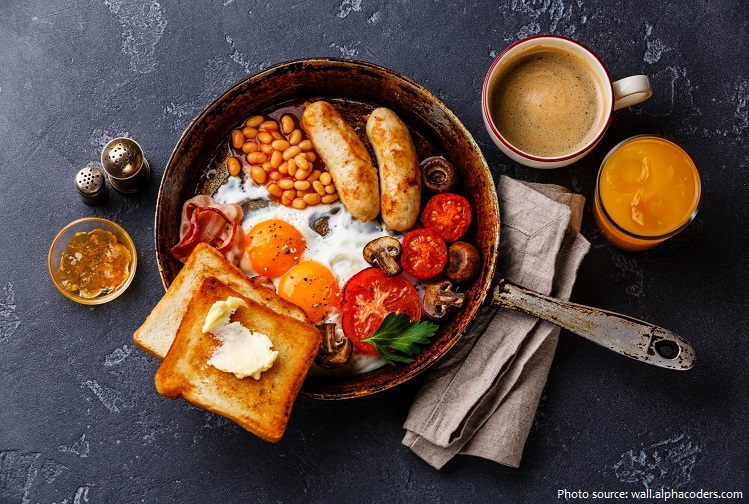 The most expensive breakfast on the planet was served to coincide with ‘West End’s Breakfast at Tiffany’s’ opening. For $37,000, theater lovers enjoyed the feast hosted by Chambord – French raspberry liquor – before Holly Golightly, a production starring. The breakfast included a croissant covered in edible gold and jewels, Bar le Duc hand-seeded redcurrant jam, Kopi Luwak coffee, and a champagne and Chambord cocktail. All this was served from a bottle covered in gold and encrusted with real pearls and diamonds. 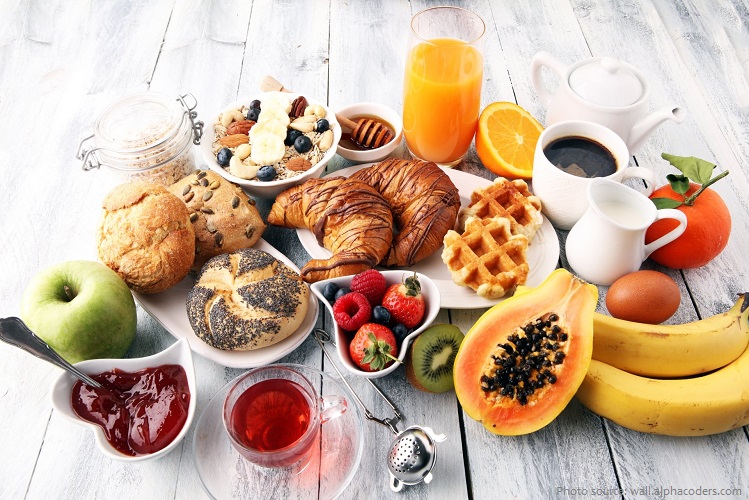 Bagels are a cheap on-the-go breakfast that can set you back a mere couple of dollars … or a thousand. Chef Frank Tujague whipped together an Alba white truffle cream cheese to top a plain bagel, along with Goji berry-infused Riesling jelly and—get this—gold leaves. Unfortunately for those of you eager to drop $1,000 on this infamous bagel, this menu item was only available for a limited time to raise money for culinary school scholarships.

Norma’s, the restaurant in Manhattan’s Le Parker Meridien, serves up a $1,000 omelette. For the hefty price tag, you get a frittata made with six eggs and lobster claw, and it is topped off with ten ounces of caviar. 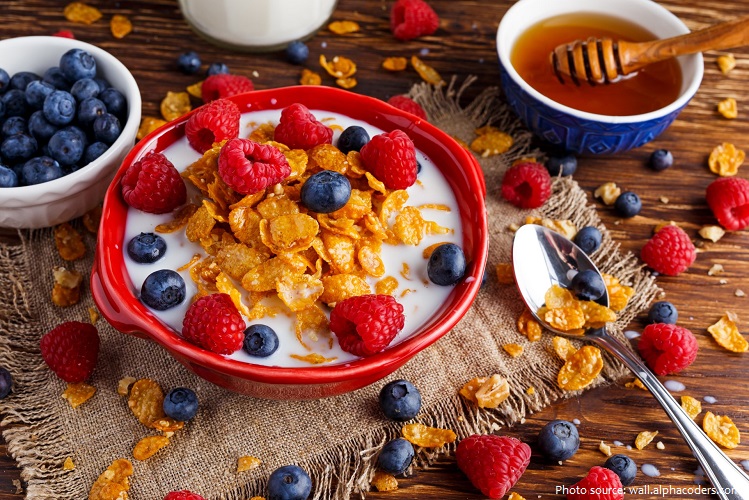 Americans consume 160 bowls of cereal per person every year.

The word “cereal” derives from Ceres, the name of the Roman goddess of harvest and agriculture.

Bananas are the most popular fruit in the world: in fact, over 100 billion bananas are eaten around the world every year, and around 50% of these are eaten at breakfast time. 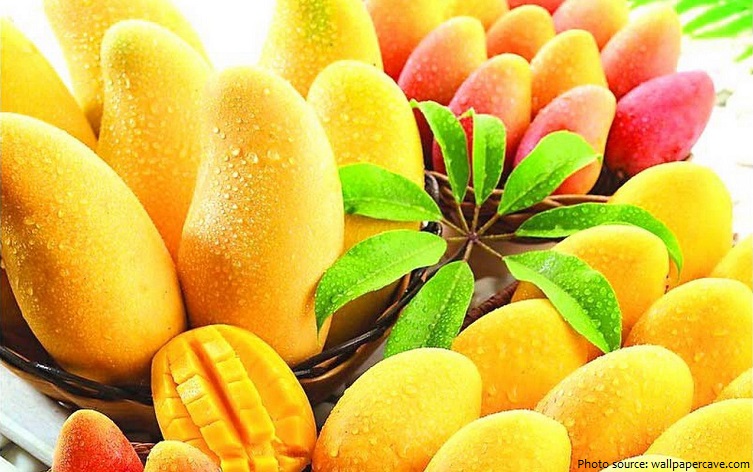 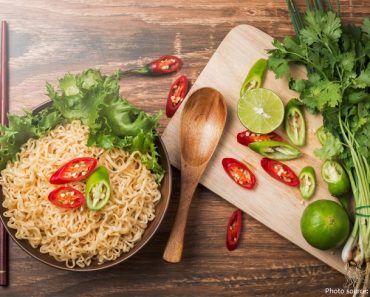 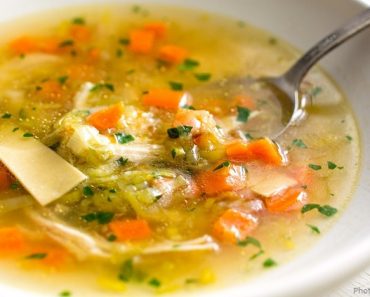 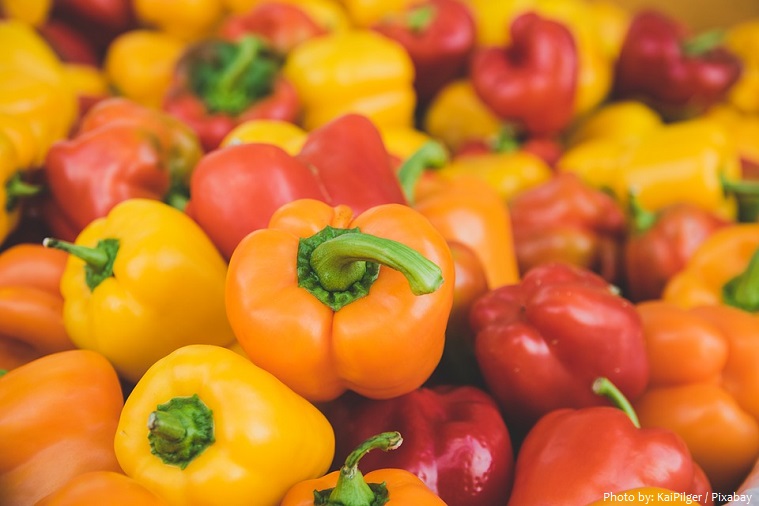