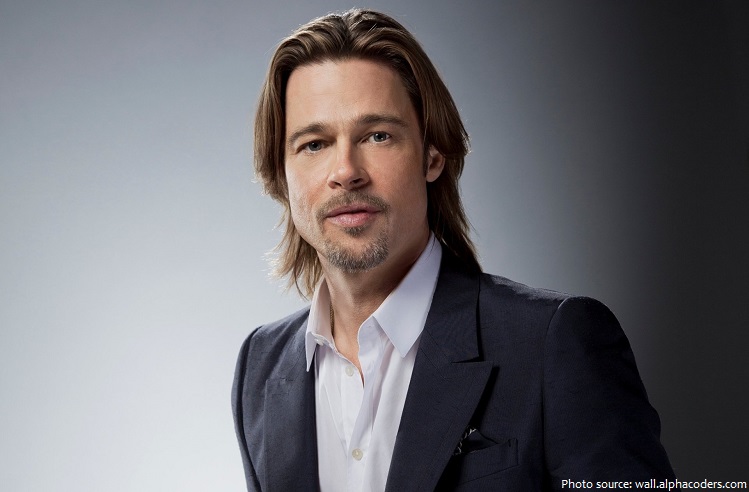 Brad Pitt is an American actor and producer.

His father, Bill Pitt, owned a trucking company, and his mother, Jane Pitt, was a family counselor.

He has a younger brother, Douglas (Doug) Pitt, and a younger sister, Julie Neal Pitt.

He was raised in Springfield, Missouri.

He continued his education at University of Missouri School of Journalism focusing in advertising, but then decided to quit before trying his luck in Hollywood. 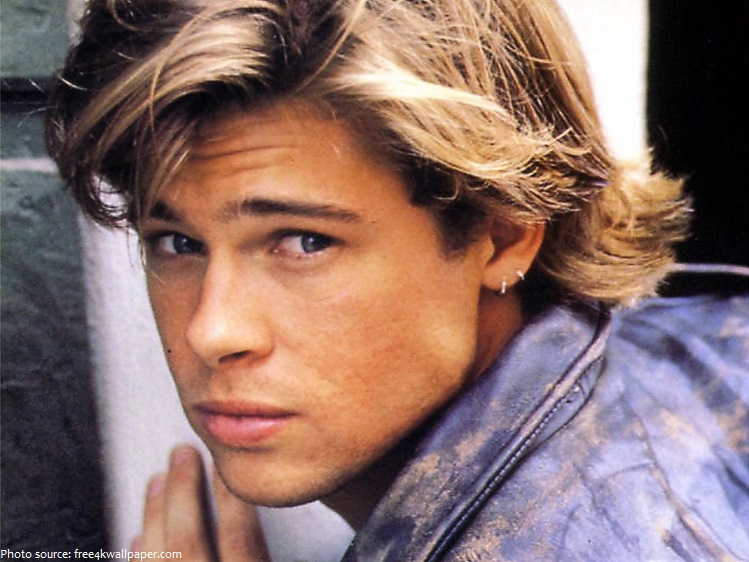 Before becoming a famous actor, Pitt supported himself by doing some different occupations, like driving strippers in limos, moving refrigerators, and dressing as a giant chicken while working for the restaurant chain El Pollo Loco.

While struggling to establish himself in Los Angeles, Pitt took lessons from acting coach Roy London.

Pitt’s acting career began in 1987, with uncredited parts in the films No Way Out, No Man’s Land and Less Than Zero.

His television debut came in May 1987 with a two-episode role on the NBC soap opera Another World. Between 1987 and 1988, Brad Pitt appeared as the character Randy in Dallas.

His first starring role in a feature film was in The Dark Side of the Sun (1988), shot in pre-war Yugoslavia during the summer of 1988. Pitt was paid $1,523 per week for seven weeks. He played a young American taken by his family to the Adriatic Sea to search for a cure for a rare skin disease. 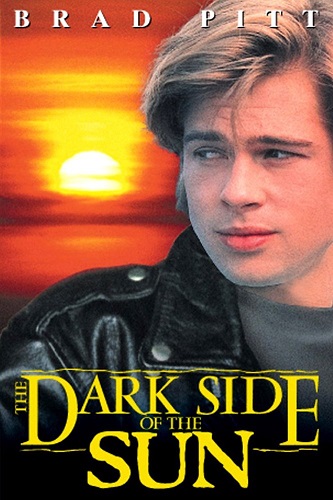 Pitt’s career hit an upswing with his casting in A River Runs Through It (1992), which cemented his status as an multi-layered actor as opposed to just a pretty face. He had to learn to fly-cast for the role in this film. He practiced on top of buildings in Hollywood.

1994 marked a significant turning point in Pitt’s career. Starring as the vampire Louis de Pointe du Lac in the romantic horror film Interview with the Vampire, based on Anne Rice’s 1976 novel of the same name, he was part of an ensemble cast that included Tom Cruise, Kirsten Dunst, Christian Slater, and Antonio Banderas. 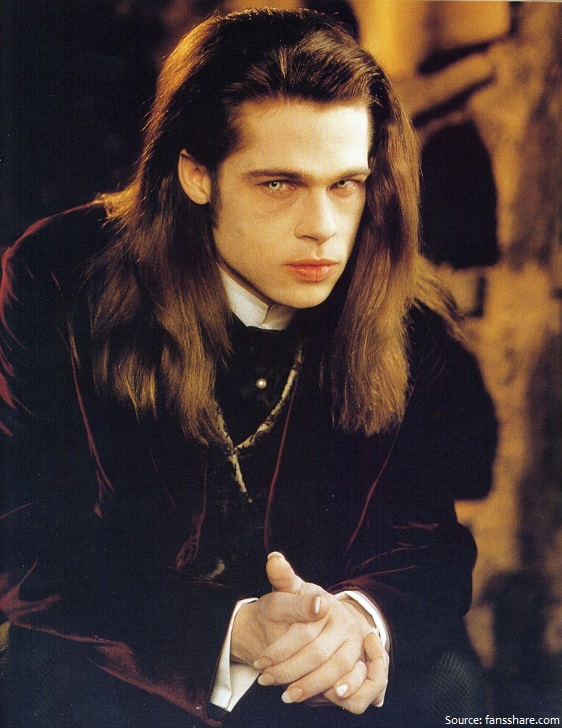 Following the release of Interview with the Vampire, Pitt starred in Legends of the Fall (1994), based on a novel by the same name by Jim Harrison, set in the American West during the first four decades of the twentieth century.

In 1995, Pitt starred alongside Morgan Freeman and Gwyneth Paltrow in the crime thriller Se7en, playing a detective on the trail of a serial killer. Pitt called it a great movie and declared the part would expand his acting horizons.

His portrayal of frenetic oddball Jeffrey Goines in Twelve Monkeys (1995) won him a Globe for Best Performance by an Actor in a Supporting Role. It also earned him an Academy Award nomination for Best Supporting Actor. 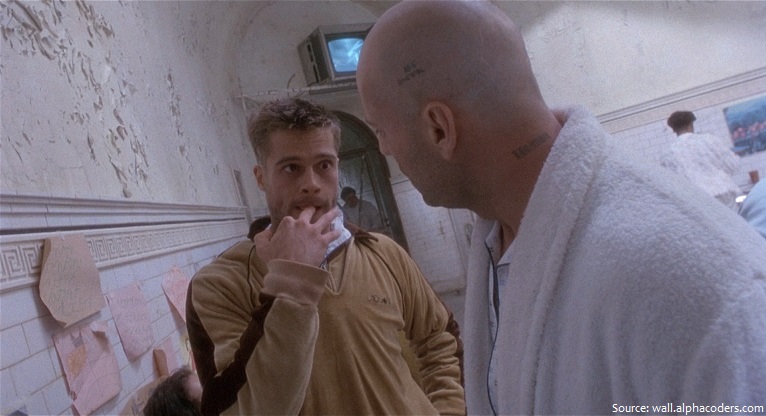 In 1999, Pitt portrayed Tyler Durden in Fight Club, a film adaptation of Chuck Palahniuk’s novel of the same name, directed by David Fincher. Pitt prepared for the part with lessons in boxing, taekwondo, and grappling. To look the part, Pitt consented to the removal of pieces of his front teeth which were restored when filming ended. 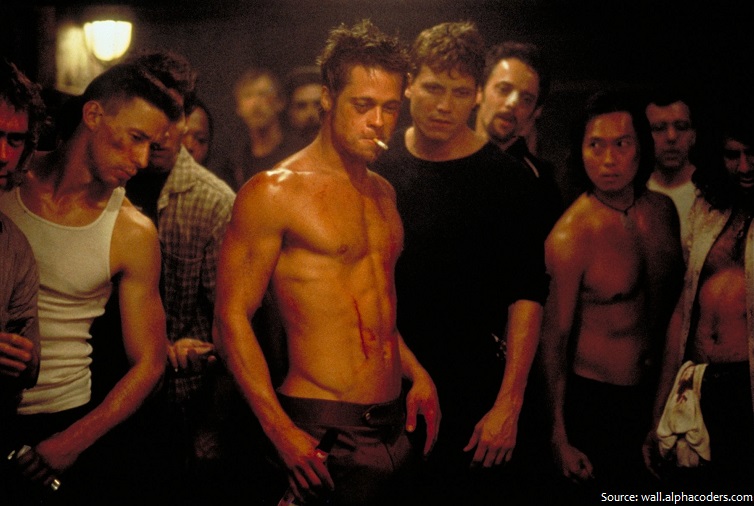 The following year, Pitt starred with Julia Roberts in the romantic comedy The Mexican, teamed with Redford again in the thriller Spy Game and joined an A-list ensemble cast, including Julia Roberts, George Clooney and Matt Damon, in Steven Soderbergh’s remake of the Rat Pack heist caper Ocean’s Eleven.

In 2004, Pitt starred as the Greek hero Achilles in the Warner Bros. blockbuster epic Troy. He tore his Achilles tendon during the production of Troy, in which he plays, coincidentally, Achilles. 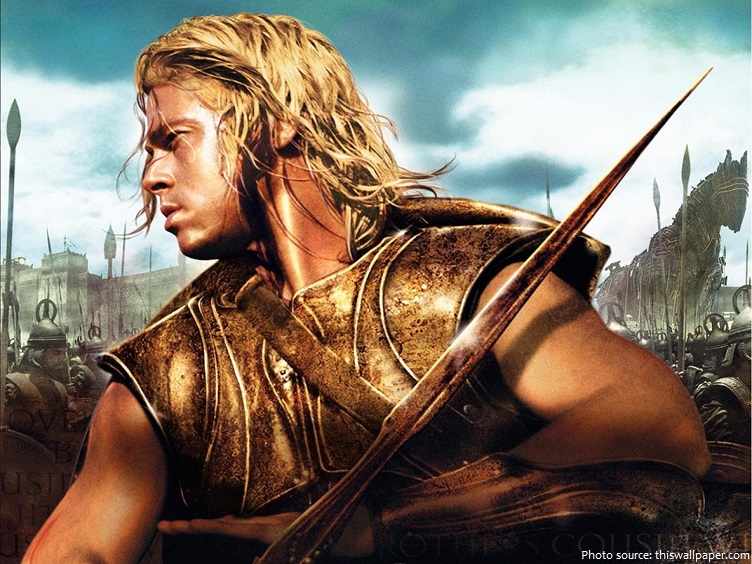 Also in 2004 the actor was featured in Ocean’s Twelve.

In 2005, Pitt starred opposite Angelina Jolie in the blockbuster action flick Mr. And Mrs. Smith.

Reprising his role as Rusty Ryan in a third picture, Pitt starred in 2007’s Ocean’s Thirteen.

Pitt’s next film role was as American outlaw Jesse James in the 2007 Western drama The Assassination of Jesse James by the Coward Robert Ford, adapted from Ron Hansen’s 1983 novel of the same name

The remarkable actor was cast in the lead role of The Curious Case of Benjamin Button (2008), a film directed by David Fincher. Pitt received another Oscar nomination for the film, which won three Academy Awards.

Pitt then went on to feature in the Quentin Tarantino film Inglourious Basterds and the Terrence Malik movie Tree of Life.

In a performance that attracted strong praise, he portrayed the Oakland Athletics general manager Billy Beane in the drama Moneyball (2011), which is based on the 2003 book of the same name written by Michael Lewis.

In 2013, Pitt starred in World War Z, a thriller about a zombie apocalypse, based on Max Brooks’ novel of the same name. 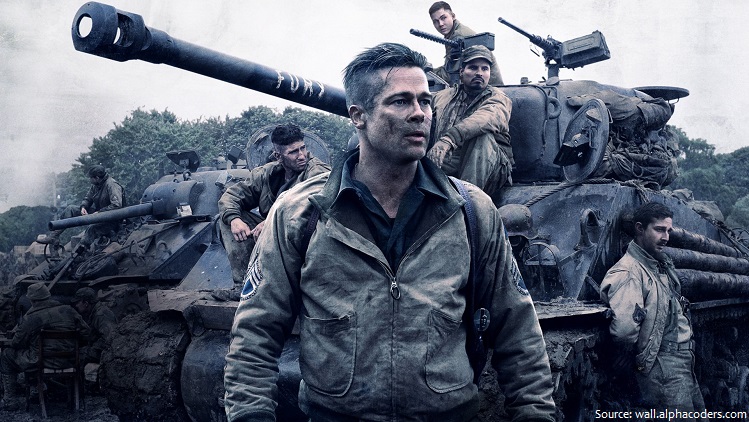 In 2016, Pitt starred in Robert Zemeckis’s romantic thriller Allied, in which he plays a spy assassin who falls in love with a French spy (played by Marion Cotillard) during a mission to kill a German official in World War II.

He produced The Departed (2006) and 12 Years a Slave (2013), both of which won the Academy Award for Best Picture, and also The Tree of Life, Moneyball, and The Big Short (2015), all of which garnered Best Picture nominations.

As a public figure, Pitt has been cited as one of the most influential and powerful people in the American entertainment industry, as well as the world’s most attractive man, by various media outlets. 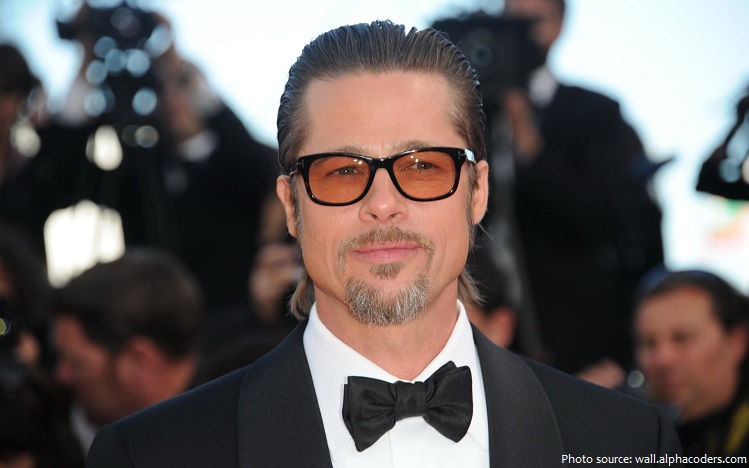 Divorced from actress Jennifer Aniston, to whom he was married for five years, he has been married to actress Angelina Jolie since 2014. They have six children together, three of whom were adopted internationally. On September 19, 2016, Jolie filed for divorce from Pitt.

Brad Pitt has an estimated net worth of $240 million.

Pitt has English, some Scots-Irish/Northern Irish, along with small amounts (to varying degrees) of German, Scottish, Welsh, Irish, Swedish, Dutch, and French, ancestry. Brad stated on Inside the Actors Studio in 2012 that he might have Seminole and Cherokee roots. 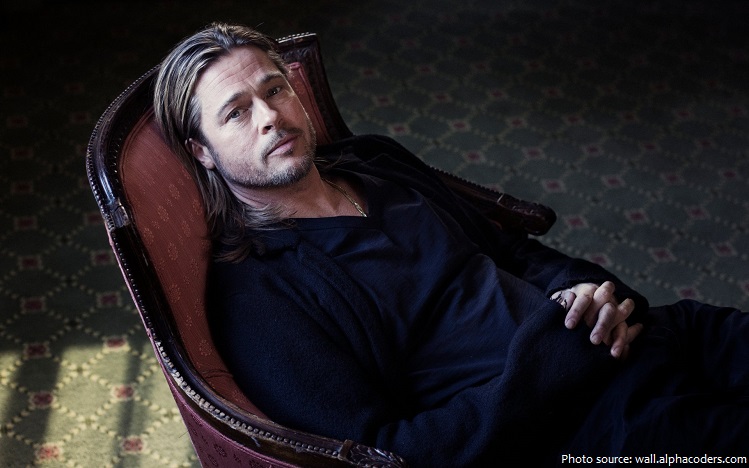 With Brad Grey’s departure for Paramount and after the divorce settlement with ex-wife Jennifer Aniston, he now solely owns Plan B Entertainment.

He purchased a mansion in Southern California from the actress who portrays Elvira, Mistress of the Dark (Cassandra Peterson). He reportedly paid $1.7 million for the house. This mansion is filled with antiques and has a “vampirish” look to it (1996).

After watching Lock, Stock and Two Smoking Barrels (1998), Pitt asked director Guy Ritchie if he could be in his next film. He could not master the English accent, so Ritchie gave him the role of Mickey the One Punch Pikey, an Irish fighter, in Snatch (2000). 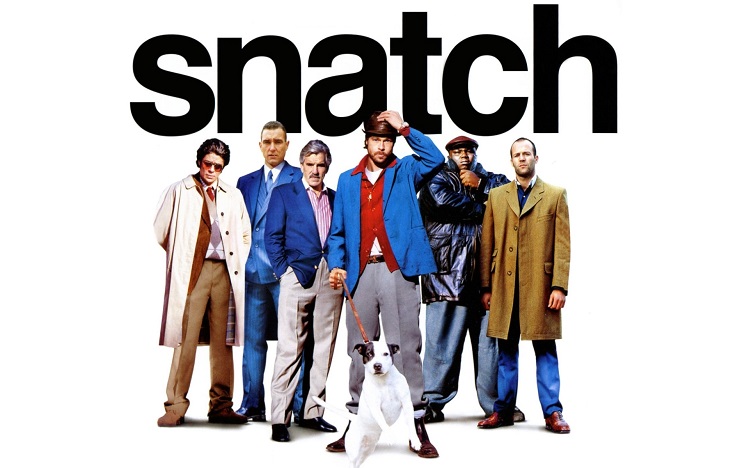 He showed his parents the “Chemical Burn” scene to convince them not to watch Fight Club (1999).

Pitt got into better shape and eventually gained over 20 pounds (9 kilograms) of muscle for Troy (2004).

Dianne Wiest is his favorite actress.

A girl went to Pitt’s Hollywood-area home shortly after midnight January 7, 1999 and crawled in through an open window, dressed herself in his clothes and stayed for 10 hours before the alarm went off. Athena Rolando, 19, was ordered not to contact the actor and to stay 100 yards away from him for three years (1999).

He and ex-wife Jennifer Aniston spent $1 million on their wedding.

He was engaged to actress Gwyneth Paltrow.

In high school, he was a member of the golf, swim and tennis teams.

His high school nickname was Brad the “Pitt-bull”.

Pitt did TV commercial for Toyota (Altis model) that aired only in Asia. 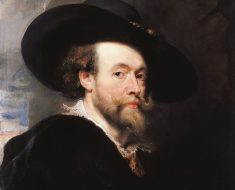