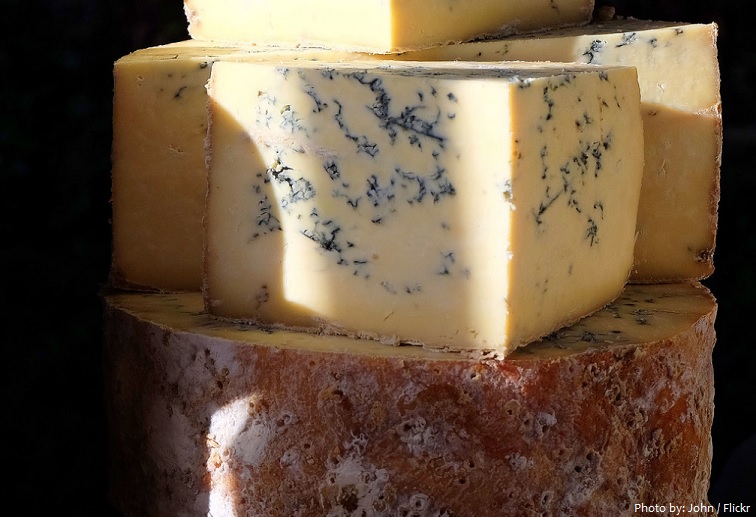 Blue cheese is cheese made with cultures of the mold Penicillium, giving it blue spots or veins.

It can be made with cow’s milk, sheep‘s milk, or goat’s milk. Most blue cheeses are made from cow’s milk.

The final product is characterized by blue or blue-green veins or spots of mold throughout the body. It is these blue veins in the cheese that gave it its name, as well as its signature sharp and salty flavor. 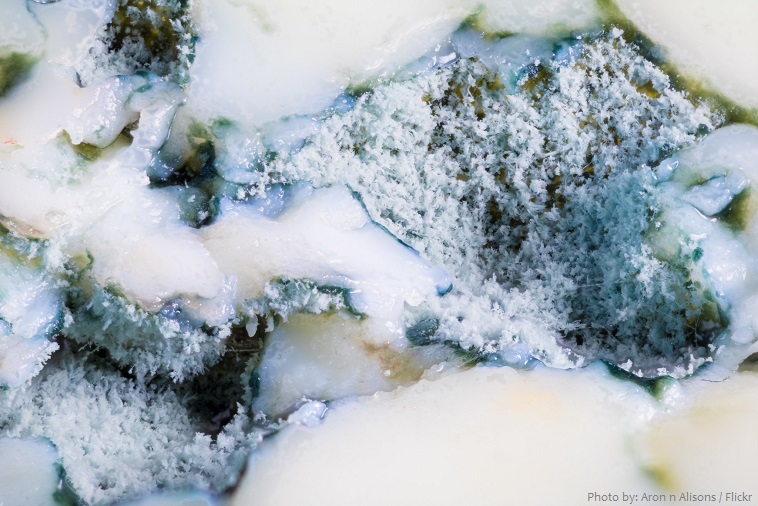 The veins are created during the production stage when cheese is ‘spiked’ with stainless steel rods to let oxygen circulate and encourage the growth of the mold. This process also softens the texture and develops a distinctive flavour.

Blue cheeses are typically aged in a temperature-controlled environment such as a cave or cellar. 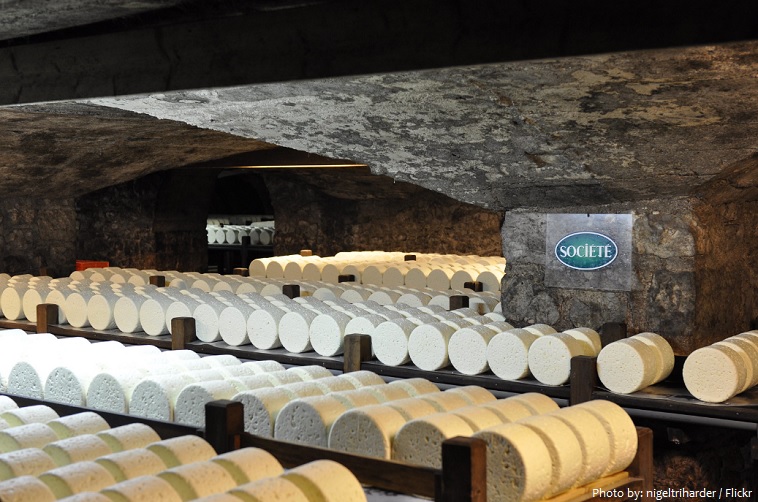 Blue cheese is believed to have been discovered by accident when cheeses were stored in natural temperatures and moisture-controlled caves which happen to be favorable environments for many varieties of harmless mold. It was moist in the cave so the mold would form.

According to legend, one of the first blue cheeses, Roquefort, was discovered when a young boy, eating bread and ewes’ milk cheese, abandoned his meal in a nearby cave after seeing a beautiful girl in the distance. When he returned months later, the mold – Penicillium roqueforti had transformed his cheese into Roquefort. 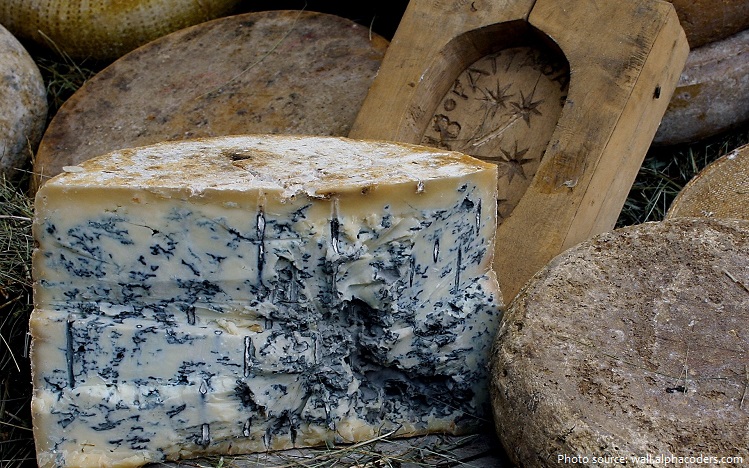 Gorgonzola is one of the oldest known blue cheeses, having been created around AD 879, though it is said that it did not contain blue veins until around the 11th century.

Stilton is a relatively new addition, becoming popular sometime in the early 1700s.

Many varieties of blue cheese that originated subsequently, such as the 20th century Danablu and Cambozola, were an attempt to fill the demand for Roquefort-style cheeses that were prohibitive due to either cost or politics. 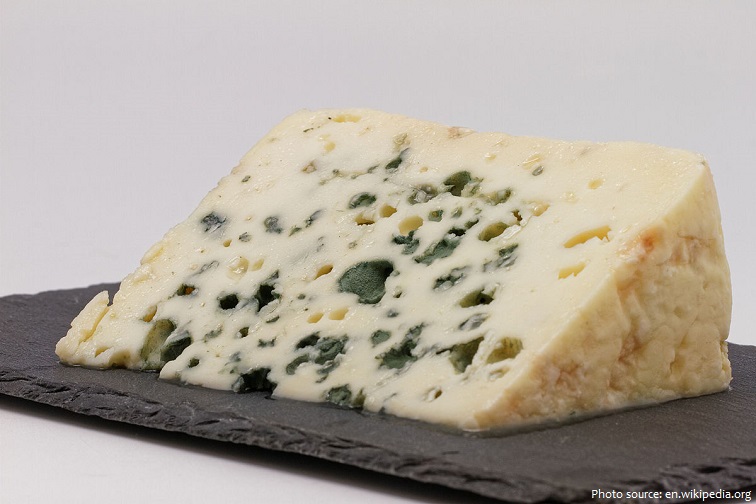 The flavour of the cheese depends on the type of blue cheese, shape, size, the climate of the curing and the length of ageing.

It may be soft and creamy or crumbly in texture, with a characteristically sharp, piquant flavour. They are often quite salty but should not be overly so, nor bitter.

Blue cheese is very nutritious and boasts more calcium than most other cheeses. It is also a good source of protein and phosphorus. 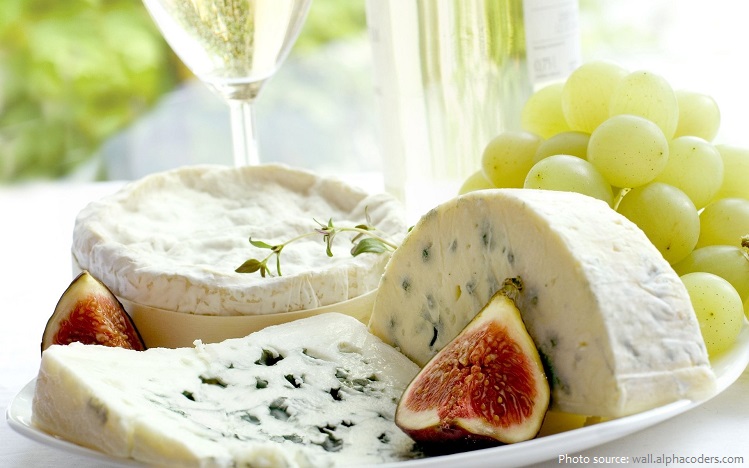 Blue cheese can be eaten by itself or can be spread, crumbled or melted into or over a range of other foods.

This cheese goes well with red or sparkling wine. It pairs well with dried fruits such as apricots or raisins, fresh figs and pears. The cheese also goes well with bread, crackers and
almonds as well. 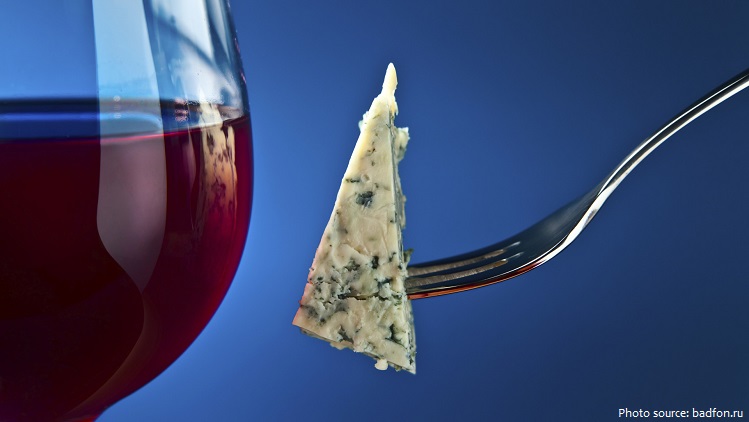 Also, many sauces can be made from blue cheese.

Important trademarked varieties include English Stilton, French Roquefort, and Italian Gorgonzola. These cheeses all have a protected designation of origin in which they may only be called their respective name if produced a certain way in a certain location.