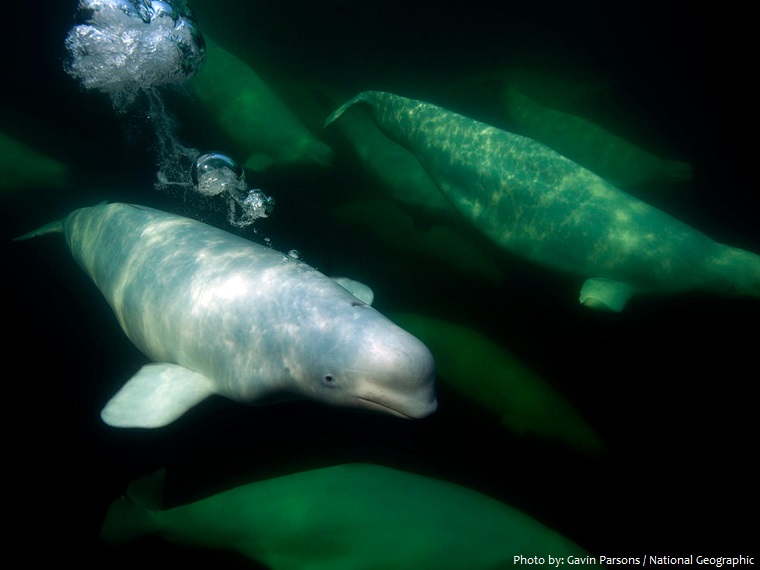 The beluga whale or white whale (Delphinapterus leucas) is one of the smallest species of whale.

It is commonly referred to as the beluga, melonhead, or sea canary due to its high-pitched twitter.

They inhabit the arctic and sub-arctic waters along the coast of Canada, Alaska, Greenland, Norway, and Russia. About 500 of them inhabit the waters of the St. Lawrence River.

The habitat of beluga whales includes inlets, fjords, channels, bays, and the shallow waters of the artic seas that are warmed by continuous sunlight.

Beluga whales are thought to live for 35-50 years. 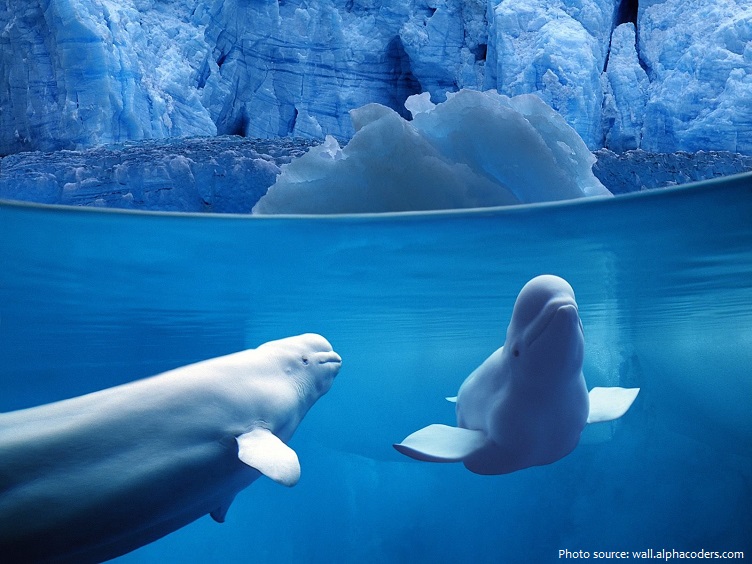 The beluga is also known as the white whale for its milky white skin. It is the only species of whale that is entirely white, although it is born gray and fades gradually with age.

The beluga’s body is stout and has a small, blunt head with a beak, a well-defined neck, and a rounded melon.

The melon is used to make many different communication sounds and facial expressions. It is also the center for echolocation. 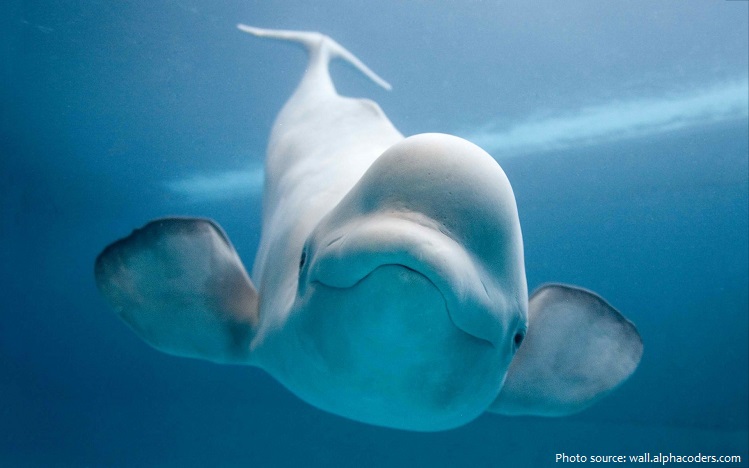 Beluga whales echolocate by producing high frequency clicks that pass through the melon, then receiving and interpreting the resulting echo. By this complex system of echolocation, Beluga whales can determine size, shape, speed, distance, and even some of the internal structure of objects in the water.

Beluga whales have well-developed, acute senses. They can hear a vast range of sounds and have excellent vision in and out of water. Belugas may have some sense of taste, but they do not have the brain receptors or olfactory structures for the sense of smell.

Beluga whales are diverse eaters, with more than 100 prey species identified including salmon, capelin, herring, shrimp, Arctic cod, flounder, and even crab. They feed in both open water (pelagic) or on the bottom (benthic) and in shallow and deepwater habitats. 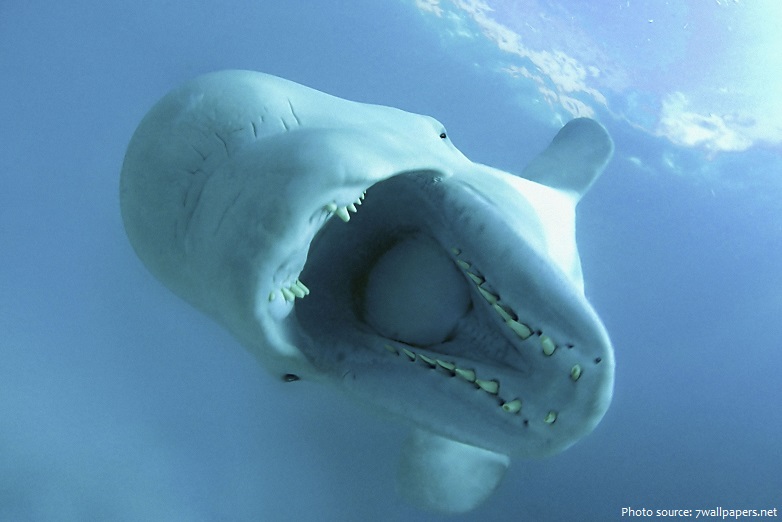 Beluga whales are extremely social. They live, hunt, and migrate together in pods of a few, to hundreds of whales.

Belugas have a seasonal migratory pattern. When the summer sites become blocked with ice during the autumn, they move to spend the winter in the open sea alongside the pack ice or in areas covered with ice, surviving by using polynyas to surface and breathe. In summer after the sheet ice has melted, they move to coastal areas with shallower water, although sometimes they migrate towards deeper waters.

Belugas are amongst the most vocal cetaceans. They possess a large repertoire, as they can emit up to 11 different sounds, such as cackles, whistles, trills, and squawks.

Beluga whales mate in the spring, the exact time varying geographically. The following year, after a 14-15 month gestation period, females give birth to single calves (and on a rare occasion twins) that are about 1.5 meters (5 feet) long. Calves nurse for at least 12-18 months, but may continue to nurse for another year after beginning to eat solid food. 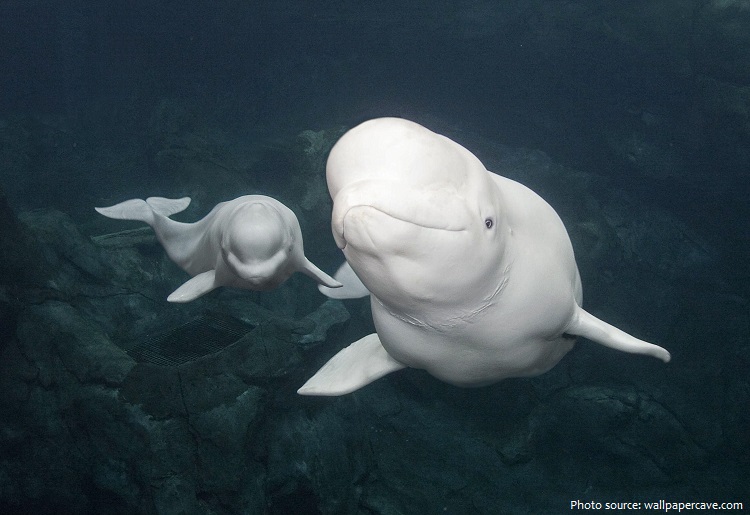 The predators of belugas are killer whales and polar bears. Polar bears will attack belugas in the same way they would attack a seal, which entails lying in wait at breathing holes. Killer whales come around August. Belugas can usually hear killer whales, so this makes it difficult for killer whales to attack them.

The native peoples of North America and Russia have hunted belugas for many centuries. They were also hunted commercially during the 19th century and part of the 20th century. Whale hunting has been under international control since 1973.

As a species, Beluga Whales do not meet any IUCN criteria for threatened categories and are listed as Least Concern.

It is estimated that there are around 150,000 beluga whales world wide. 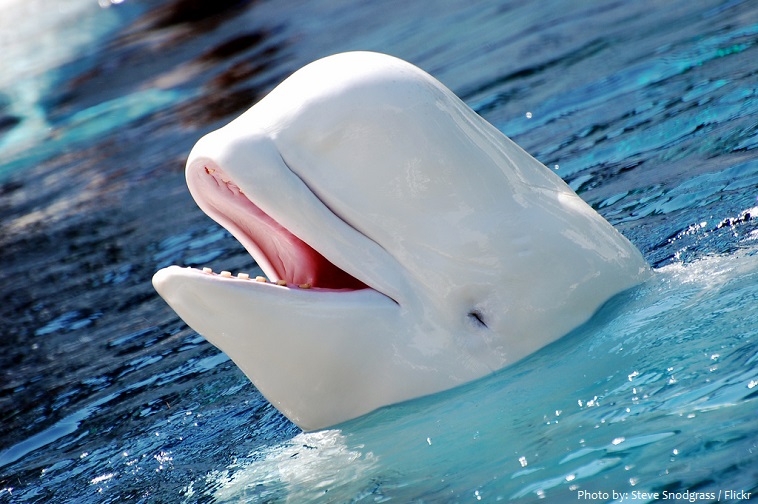 Beluga whales are known to strand on mud flats without apparent harm. They are able to wait for the next high tide to swim away.

Adult beluga whales have been observed carrying odd objects such as planks, buoys, and even caribou skeletons during calving seasons. It is believed that if a female beluga loses her newborn, she might interact with these objects as a calf surrogate.

Belugas were among the first whale species to be kept in captivity. The first beluga was shown at Barnum’s Museum in New York City in 1861.

Today, it remains one of the few whale species kept at aquaria and marine parks across North America, Europe, and Asia.

The beluga’s popularity with visitors reflects its attractive color and its range of facial expressions.

In the Disney/Pixar film Finding Dory, (a sequel to Finding Nemo) the character Bailey is a beluga whale. 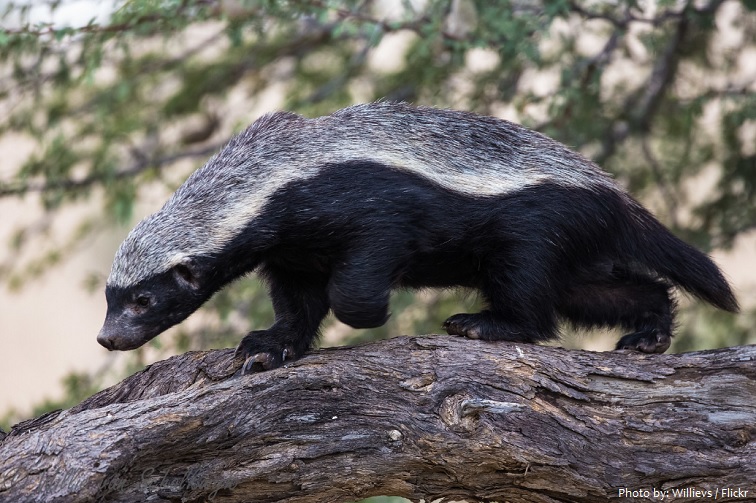 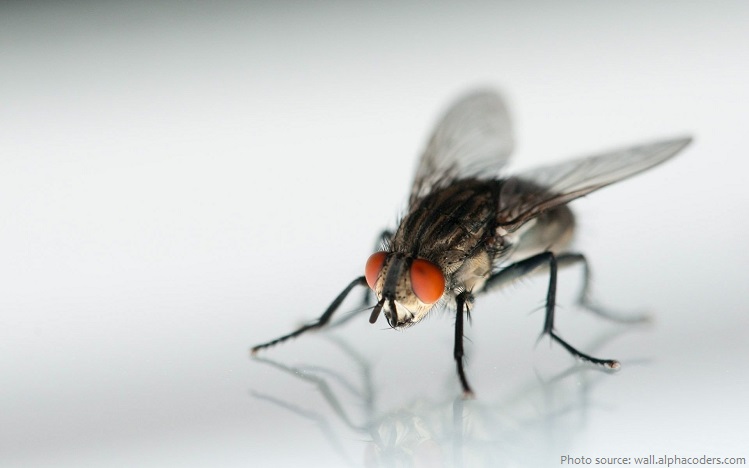 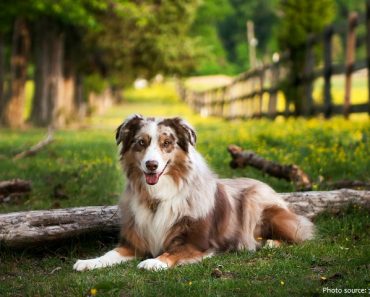 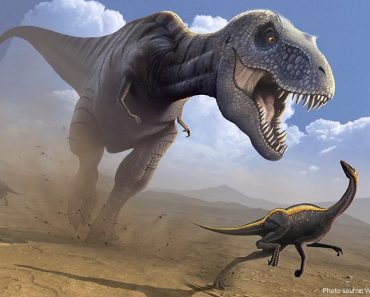 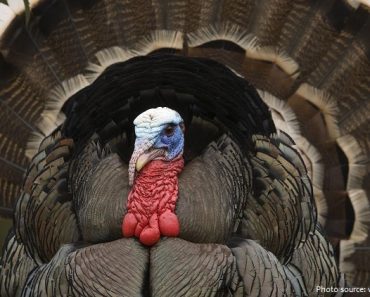 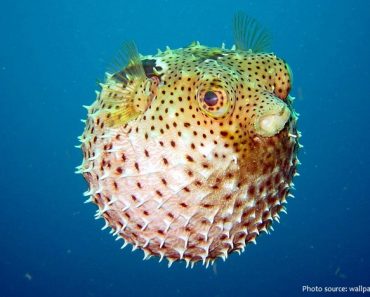