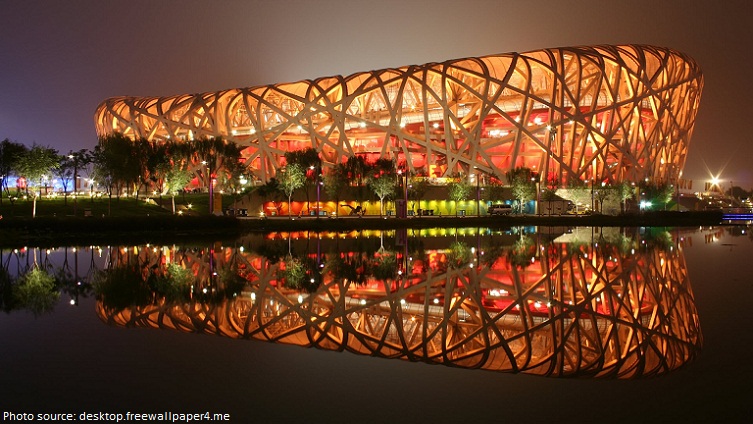 During Beijing Olympic Games, the opening ceremony, the closing ceremony, athletics, football and some other events were held in the Bird’s Nest.

Occupying 258,000 square meters and seating 91,000 people including 80,000 permanent seats and 11,000 temporary seats with the international standard. 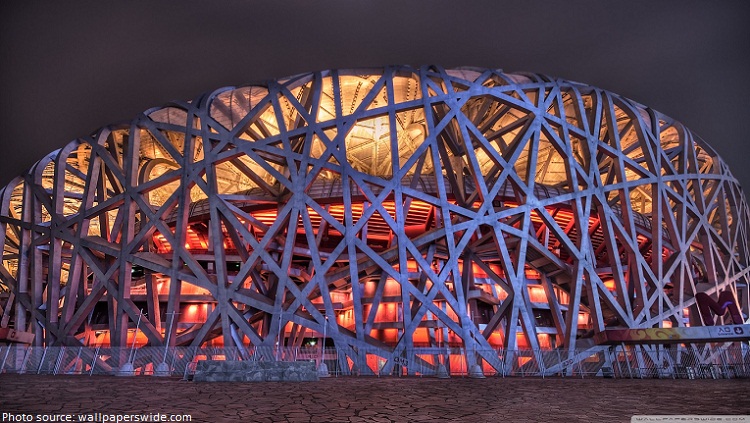 The steel structure of the National Stadium is one of the world’s sports buildings with the largest span.

The maintenance structure of its rooftop is a double membrane structure covered on the steel structure.

The construction adopts advanced energy conservation design and environmental protection measures, including favorable natural ventilation, natural lighting, the entire recycling of rainwater, the use of renewable geothermal energy resources and the use of solar photovoltaic power generation technology.

The rainwater collected by the system of recycling rainwater on the top of the stadium can be used to afforest, flush toilets, control fire or flush the runway, which can save much water resources. Thus, the Bird’s Nest is known as a large Green Building without any doubt.

Located at the Olympic Green, the stadium cost about $428 million.

The building’s dynamic form and vast scale create a new icon for China and the city of Beijing.

The circular shape of the stadium represents ‘heaven‘.

The structural form of the stadium is popularly described as a ‘bird’s nest‘, with its pattern inspired by Chinese-style ‘crazed pottery‘. Seemingly random, the pattern abides by complex rules for which advanced geometry was defined 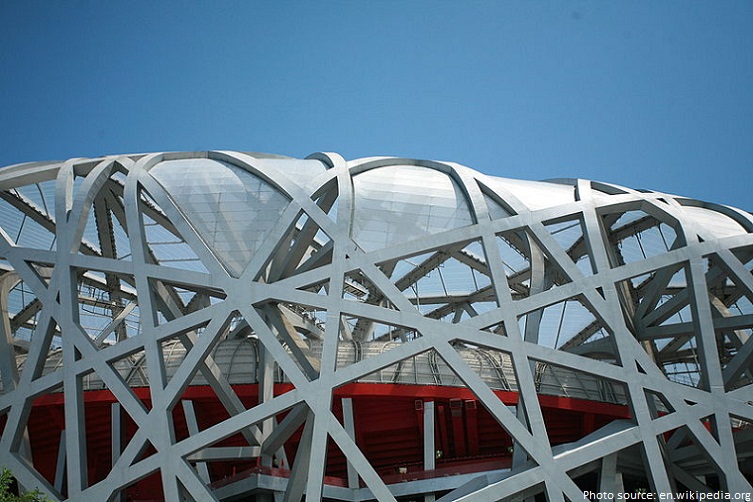 The stadium is currently used mostly for football matches.

As Beijing is located in one of the world’s most active seismic zones, Arup used advanced seismic analysis to test the stadium under various earthquake conditions and ensure that the structure can withstand major shocks.

In spite of the lack of significant events, the stadium appears to be quite profitable, drawing some 20,000 to 30,000 people a day at the price of a 50 yuan (about $8) admission.

In June 2014, DreamWorks’ ‘How To Train Your Dragon Live Spectacular’ opened in a 4,000 seat theatre built on land owned by the Beijing National Stadium.