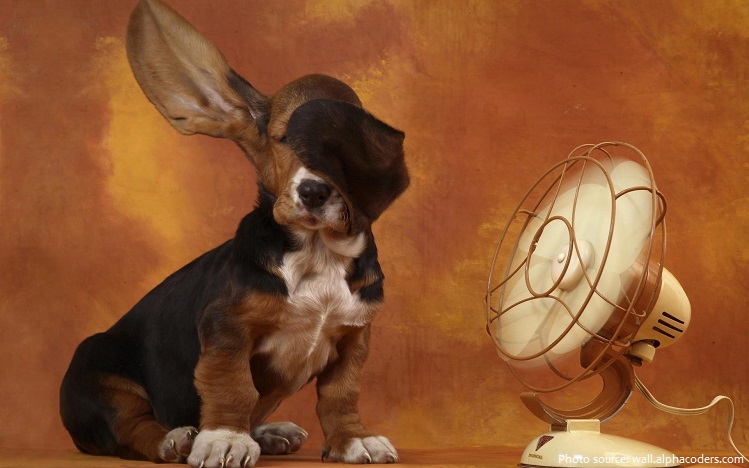 The Basset Hound is a breed of dog in the hound family.

Originally used to trail hares, rabbits, and deer, it has also been used in hunting birds, foxes, and other game.

Their sense of smell and ability to ground-scent is second only to the Bloodhound.

Short-legged and heavy-boned, the basset hound has long, pendulous ears and a short coat. It is usually bicolours or tricolours of standard hound colouration which is black, tan, and white. 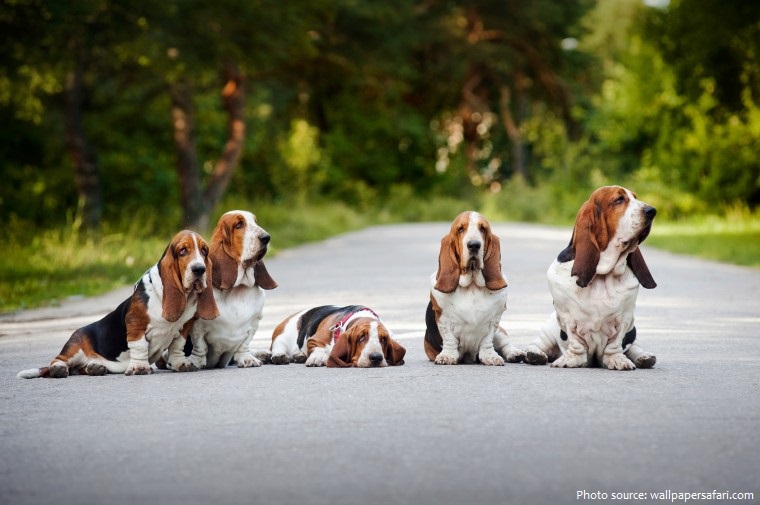 The average lifespan for a Basset Hound is about 10 to 12 years.

The name “basset” is derived from the French word bas, meaning ‘low’, with the attenuating suffix –et — together meaning ‘rather low’. 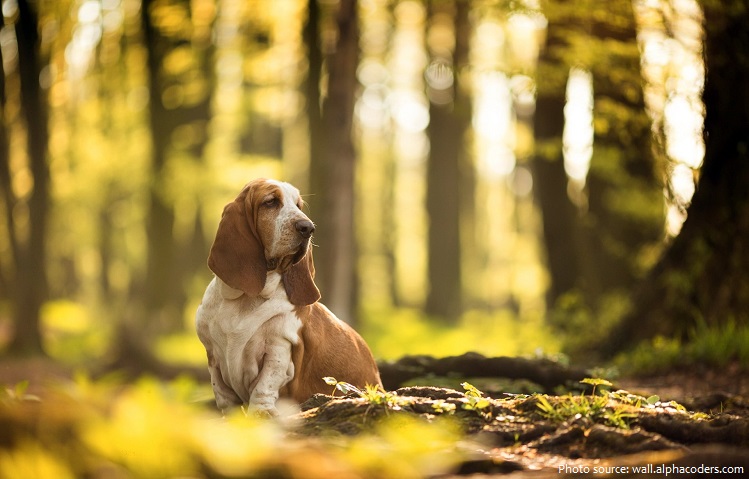 Scent Hounds were used for hunting in both Ancient Greece and Ancient Rome.

The basset type originated in France, and is descended from the 6th century hounds belonging to St Hubert of Belgium, which through breeding at the Benedictine Abbey of St. Hubert eventually became what is known as the St Hubert’s Hound around 1000 AD. 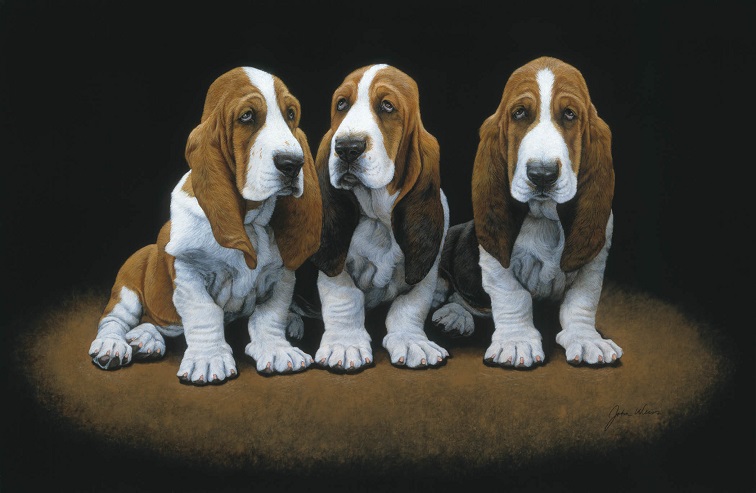 It is believed that the Basset type originated as a mutation in the litters of Norman Staghounds, a descendant of the St Hubert’s Hound.

The controlled breeding of the short haired basset began in France in the year 1870.

French basset hounds were being imported into England at least as early as the 1870s. While some of these dogs were certainly Basset Artésien Normands, by the 1880s linebreeding had thrown back to a different heavier type. 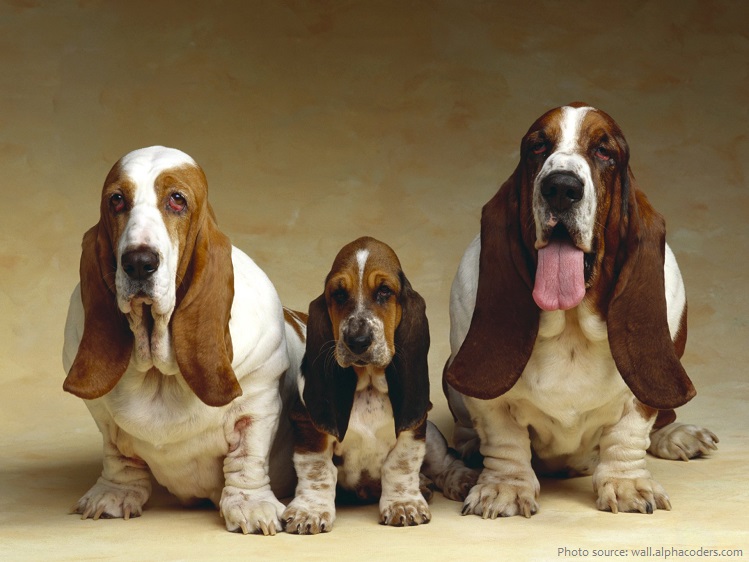 Everett Millais, who is considered to be the father of the modern Basset Hound, bred one such dog, Nicholas, to a Bloodhound bitch named Inoculation through artificial insemination in order to create a heavier basset in England in the 1890s. The litter was delivered by caesarean section, and the surviving pups were refined with French and English bassets.

The first breed standard for what is now known as the Basset Hound was made in Great Britain at the end of 19th century. This standard was updated in 2010.

Basset Hounds are friendly, outgoing, and playful dogs. They are also widely known for being stubborn. 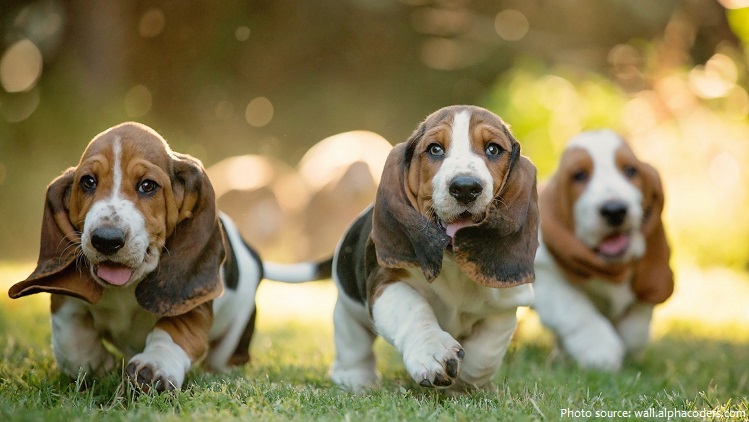 They make great pets, especially for families with children, even though they are a bit hard to train.

Because of its gentle, non-confrontational nature, the Basset can be used for hunting in packs or alone.

They are extremely vocal and famously devoted to tracking. 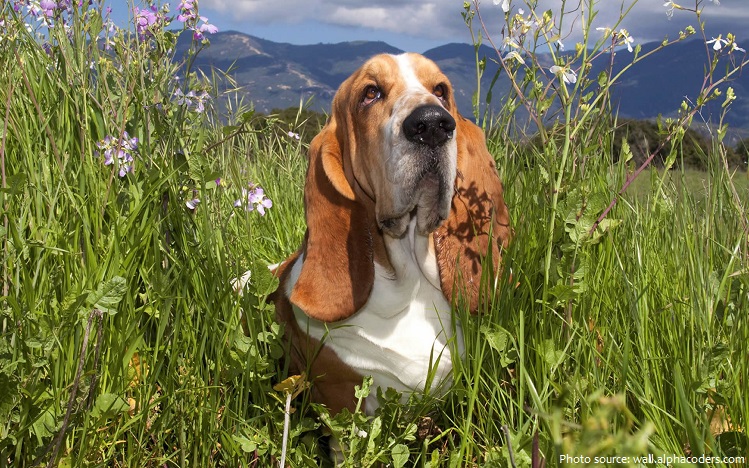 This is a breed that requires exercise on a regular basis due to their ability to gain weight and be on the rather “lazy side.” In fact, it is a necessary requirement, other than not being able to let the dog off the leash under any circumstances while they are being walked-the Basset will never respond to you while on a dead run after a scent or chasing something that runs. Walking them around the block just is not enough.

On February 27, 1928, Time magazine featured a basset hound on the front cover. The accompanying story was about the 52nd annual Westminster Kennel Club Dog Show at Madison Square Garden as if observed by the basset hound puppy.

Marquis de Lafayette brought Basset Hounds, to the United States as a gift to President George Washington to use in his hunting expeditions.

Basset Hounds are one of six recognised “basset”-type breeds in France.