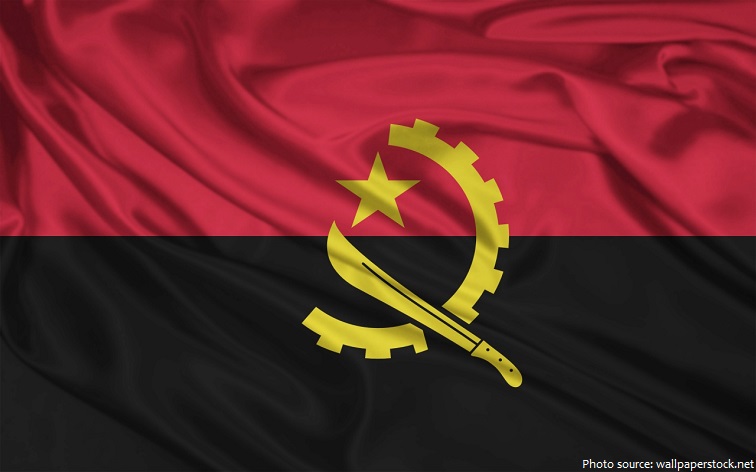 Angola is a country in Southern Africa.

The official name of the country is the Republic of Angola.

It is bordered by Namibia to the south, the Democratic Republic of the Congo to the north, Zambia to the east, and the Atlantic Ocean to west.

Luanda is the capital and largest city in Angola, and the country’s most populous and important city, primary port and major industrial, cultural and urban centre. 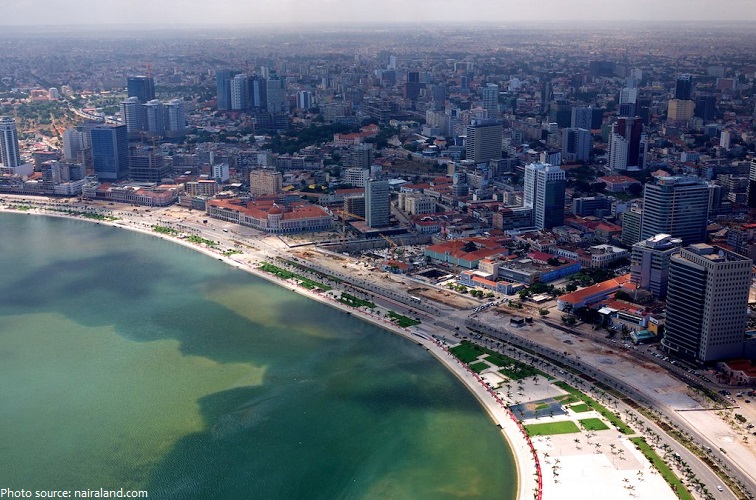 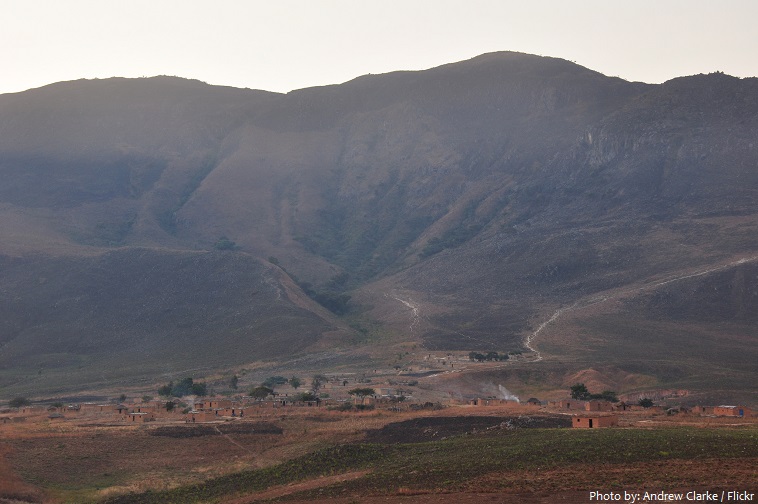 Angola has several beaches with wonderful scenery and landscapes formed by small islands, bays and sandbanks on its coastline. 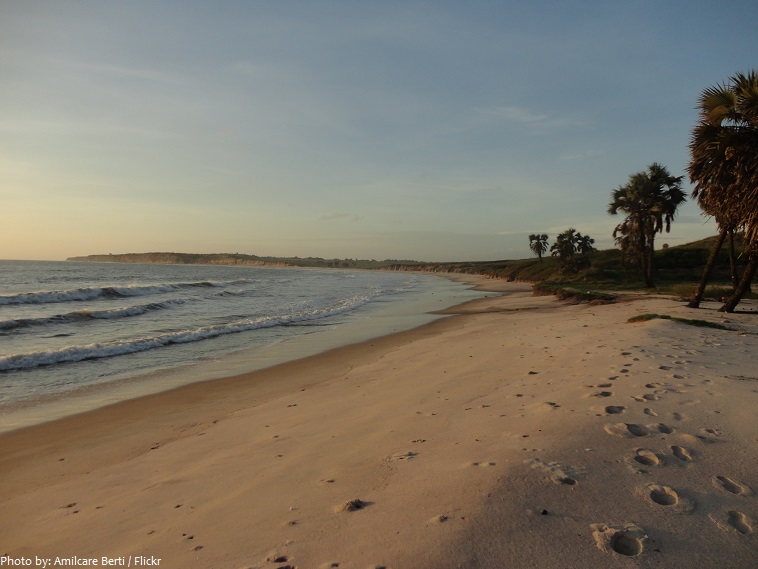 Over 162,500 square kilometers (62,740 square miles) or about 8% of Angola’s national territory surface is covered by national parks, reserves, and Nature Park.

Quiçama National Park, also known as Kissama National Park is a national park in northwestern Angola. The park covers about 1,200,000 hectares (3 million acres), more than twice the size of the U.S. state of Rhode Island. 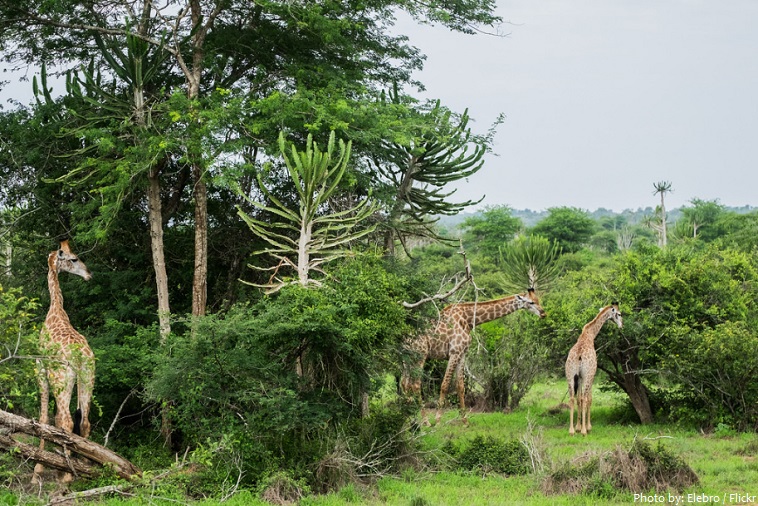 The Miradouro da Lua is an amazing roadside landscape about 40 kilometers south of Luanda. Translated into English as the Moon Valley Viewpoint the beautiful landscape is formed by cliffs with sharp pinnacles and deep gullies. At sunset, the Miradouro da Lua offers an incredible sight of a tricolor sharp carved soil, giving to visitors the feeling of being on the moon. 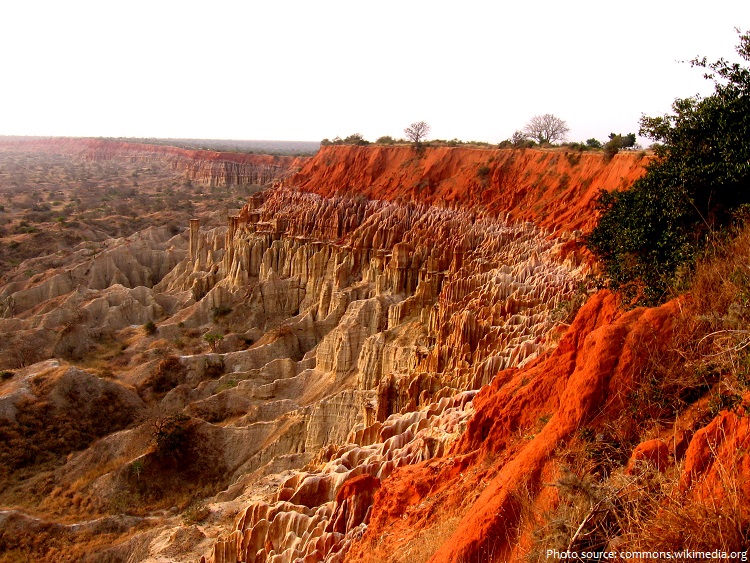 Kalandula Falls are waterfalls on the Lucala River. The falls are 105 meters (344 feet) high and 400 meters (1,300 feet) wide. They are one of the largest waterfalls by volume in Africa. 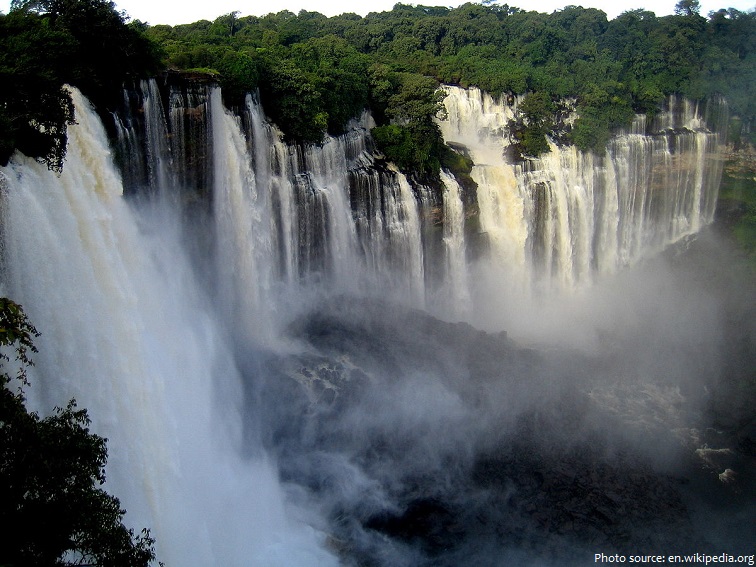 The Tundavala Fissure is one of the most spectacular natural sights in Angola. It is a spectacular viewpoint in the rim from the great escarpment of the Leba Hill, which creates a rather impressive view, encompassing a distance of tens of kilometers. It is located between the cities of Lubango and Namibe at an elevation of 2,600 meters (8,530 feet) above sea level. 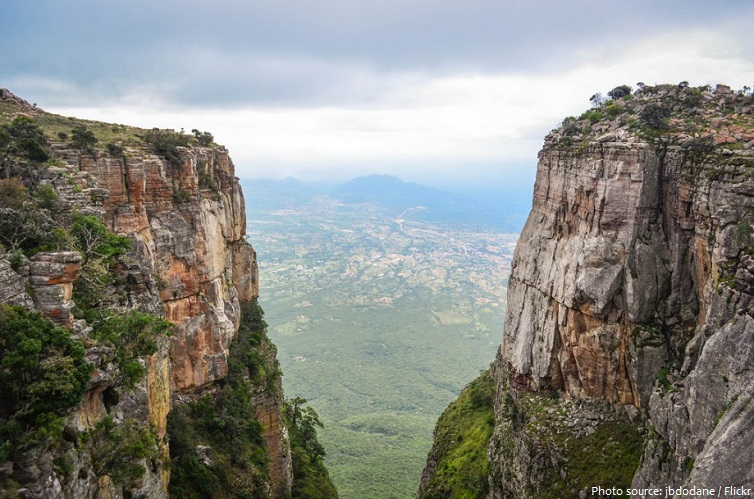 Fortaleza de São Miguel or Saint Michael Fortress was a Portuguese fortress built in Luanda. It was built in 1576 by Paulo Dias de Novais. It became the administrative center of the colony in 1627 and was a major outlet for slave traffic to Brazil. The fort was for many years a self-contained town protected by thick walls encrusted with cannons.

Angola’s territory has been inhabited since the Paleolithic Era.

Modern Angola was populated predominantly by nomadic Khoi and San prior to the first Bantu migrations.

Bantu-speaking groups moved into the area from around 500 AD, bringing their farming and metal-work knowledge and pushing the ‘bushmen’ people into remoter regions.

The region now known as Angola was reached by the Portuguese explorer Diogo Cão in 1484.

From the 15th century, Portuguese colonists began trading, and a settlement was established at Luanda during the 16th century.

Angola was the source for millions of slaves sent to Brazil (also a Portuguese colony) and other places across the Atlantic. 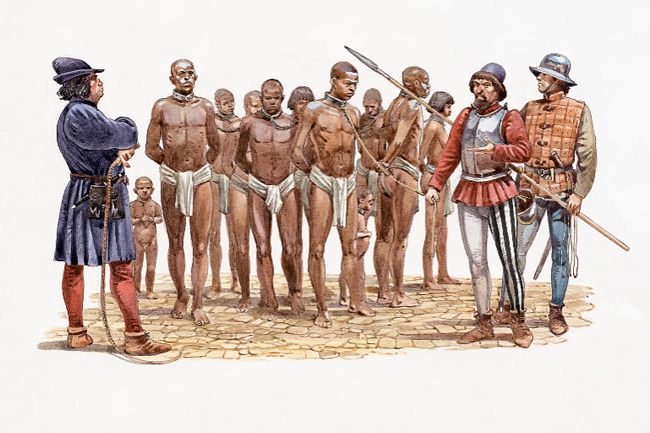 Portugal annexed territories in the region which were ruled as a colony from 1655, and Angola was incorporated as an overseas province of Portugal in 1951.

After the Angolan War of Independence which ended with an army mutiny and leftist coup in Lisbon, Angola’s independence was achieved on November 11, 1975 through the Alvor Agreement.

After independence, Angola later entered a period of civil war that lasted up until 2002. It has since become a relatively stable unitary presidential republic.

Angola has a rich subsoil heritage, from diamonds, oil, gold, copper and a rich wildlife (dramatically impoverished during the civil war), forest and fossils.

Angola has vast mineral and petroleum reserves, and its economy is among the fastest growing in the world, especially since the cessation of the civil war. 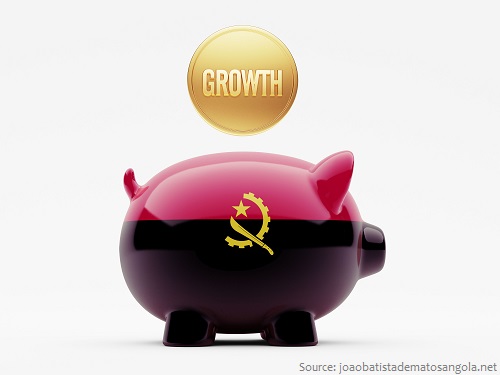 In spite of this, the standard of living remains low for the majority of the population, and life expectancy in Angola is among the lowest in the world.

Angola’s population is overwhelmingly Christian. About three-fifths of the population is Roman Catholic, about one-tenth is Protestant, and the remainder adhere to traditional beliefs or other religions.

The substrate of Angolan culture is African, predominantly Bantu, while Portuguese culture has had a significant impact, specifically in terms of language and religion.

The Angolan flag is a horizontal bicolor of red and black with a yellow emblem in the center. The emblem consists of a five pointed-star within a half gear wheel crossed by a machete (resembling the hammer and sickle used in Soviet iconography). The star the Angolan flag carries is modeled after the star on the flag of the former Soviet Union.

The name Angola comes from the Portuguese colonial name Reino de Angola (Kingdom of Angola), appearing as early as Dias de Novais’s 1571 charter. The toponym was derived by the Portuguese from the title ngola held by the kings of Ndongo. Ndongo was a kingdom in the highlands, between the Kwanza and Lukala Rivers, nominally tributary to the king of Kongo but which was seeking greater independence during the 16th century.