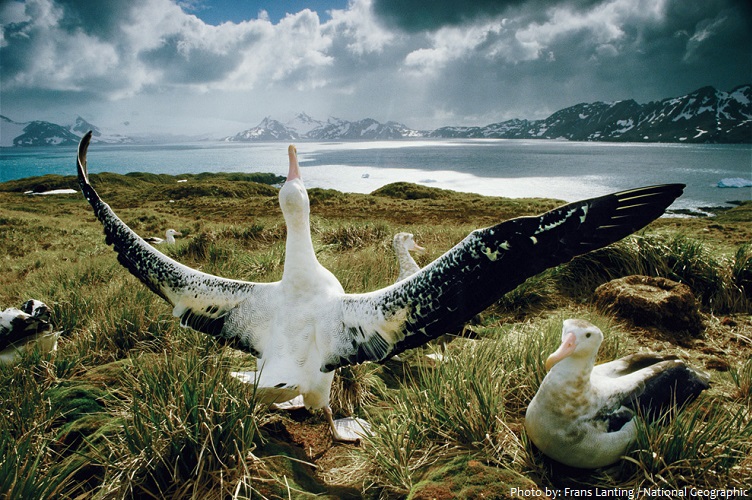 Albatrosses are large seabirds which belong to the biological family Diomedeidae.

There are 22 species of albatross around the world.

Most albatrosses are found in the Southern Hemisphere: Antarctica, Australia, South Africa, South America. Only three albatross species are found exclusively in the North Pacific (Hawaii, Japan, California and Alaska).

Albatrosses spend over 80% of their life at sea, visiting land only for breeding.

They have a lifespan up to 60 years, depending on species. 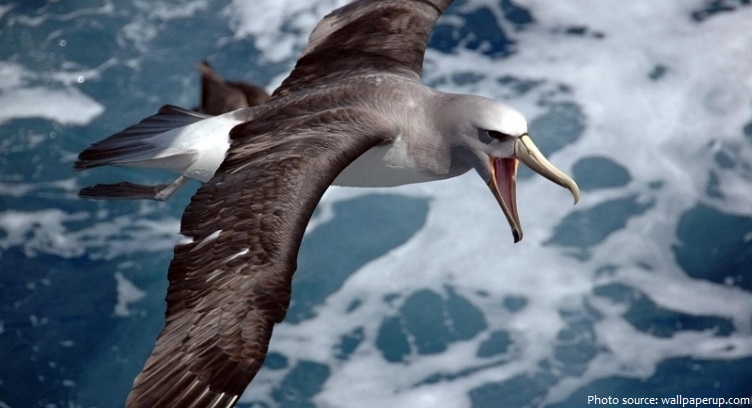 The oldest recorded albatross is a Laysan albatross named Wisdom that was ringed in 1956 as a mature adult and hatched another chick in February 2017, making her at least 66 years old. She is the oldest confirmed wild bird as well as the oldest banded bird in the world.

Size of albatross depends on the species. 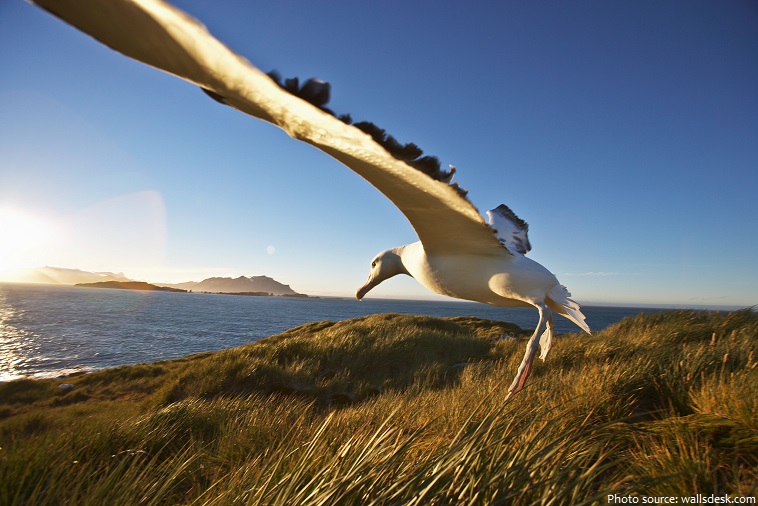 The adult plumage of most of the albatrosses is usually some variation of dark upper-wing and back with white undersides, often compared to that of a gull. Three albatross species, the black-footed albatross and the two sooty albatrosses, vary completely from the usual patterns and are almost entirely dark brown.

They can walk well on land, unlike other sea birds. 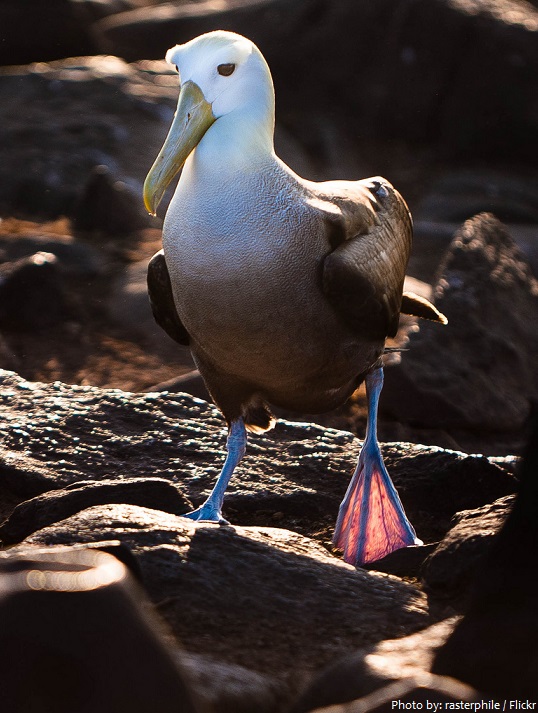 All albatrosses are very good at flying, spending much of their life in the air.

Rather than flapping their wings to provide lift as most birds do, they glide on air currents. They use their formidable wingspans to ride the ocean winds and sometimes to glide for hours without rest or even a flap of their wings. When their wings are fully extended, they are locked into place by a tendon so that the albatross does not have to expend energy keeping its wings outstretched. 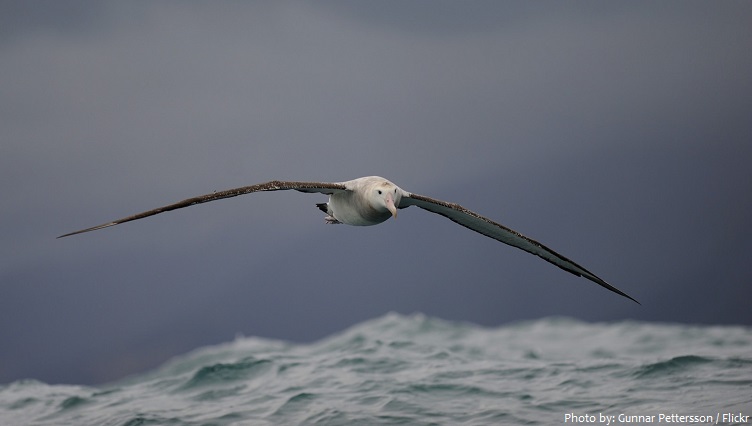 A common assumption is that albatrosses must be able to sleep in flight, although no direct evidence has ever been obtained.

At times the albatross will float on the sea’s surface, though the position makes them vulnerable to aquatic predators.

The albatross diet is predominantly squid, octopus, fish, krill, crabs, shrimps, and offal (organ meat), although they will also scavenge carrion and feed on other zooplankton. 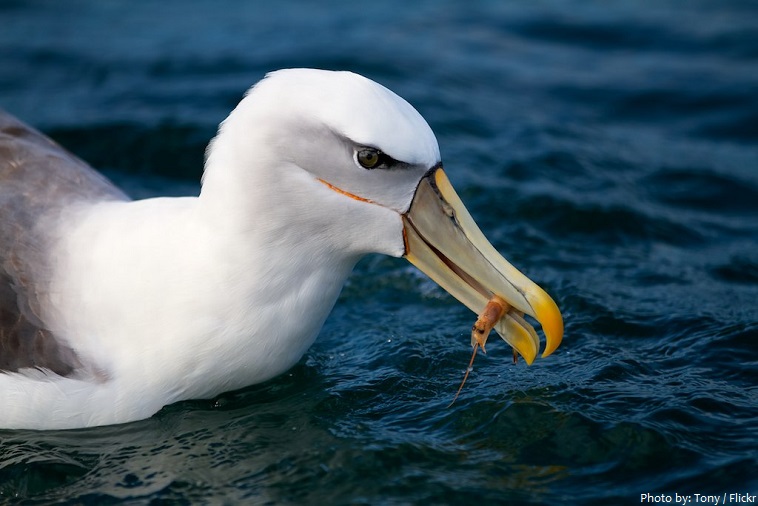 Albatrosses have no problem drinking sea water. The salt they take in is absorbed and moves through their blood stream into a pair of salt glands above their eyes. The densely salty fluid is excreted from the nostrils and runs down grooves in the bill. As the drop gets larger, the bird shakes its head to send the salt back to the ocean.

Albatrosses are colonial, nesting for the most part on remote oceanic islands, often with several species nesting together. Pair bonds between males and females form over several years, with the use of “ritualised dances”, and will last for the life of the pair. 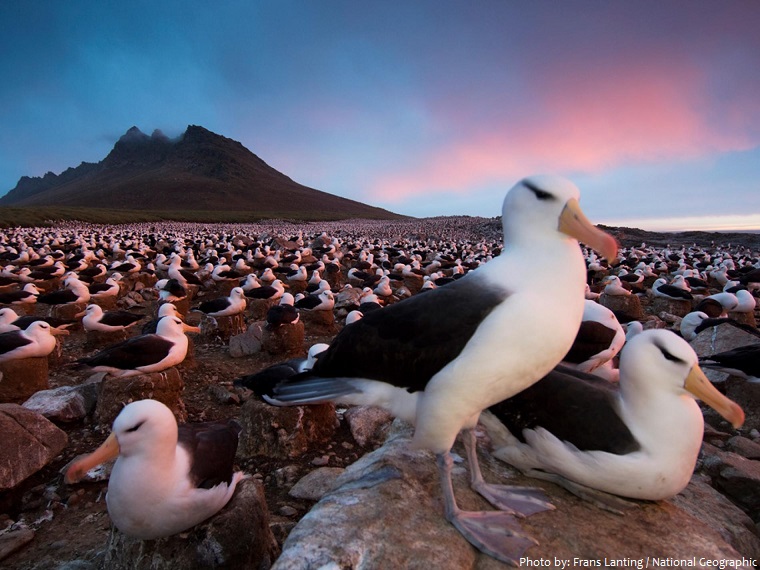 The single large white egg, laid on the bare ground or in a heaped-up nest, is incubated by the parents in turn. Incubation lasts around 70 to 80 days (longer for the larger albatrosses), the longest incubation period of any bird.

After hatching, the chick is taken care of and guarded for three weeks until it is large enough to take care of and fight for itself. During this time the parents feed the chick small meals. After the chick has grown a little older, it is fed in bigger meals by both parents. The parents both take turns to go and find food, that are about 12% of their body weigh. A parent albatross may fly more than 16,000 kilometers (10,000 miles) to deliver one meal to its chick. 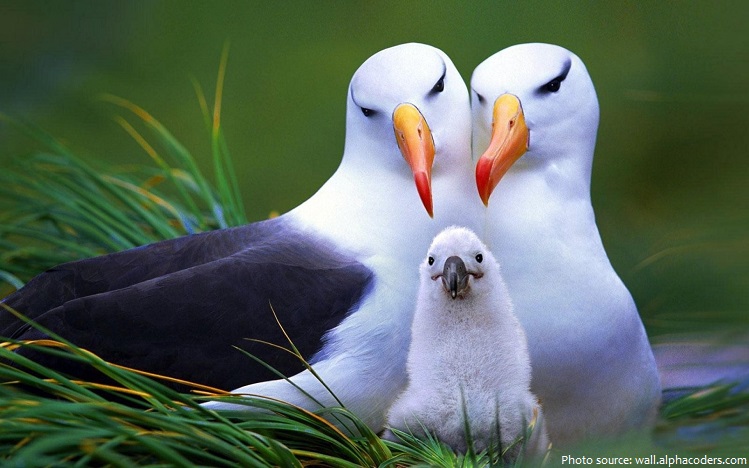 Albatross chicks take a long time to fledge (learn how to fly). In the case of more bigger albatrosses, it can take up to 280 days.

Albatross does not have a lot of natural enemies. Besides humans, main predator is tiger shark which hunts young birds that are learning to fly.

Longline fisheries pose the greatest threat, as feeding birds are attracted to the bait, become hooked on the lines, and drown. It is estimated that this kills more than 100,000 albatrosses a year.

Albatrosses have been described as “the most legendary of all birds.” 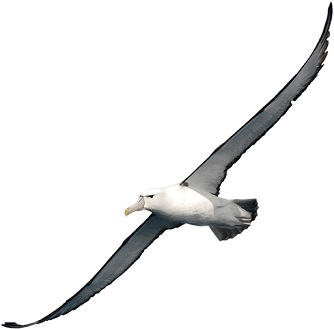 There is a myth that sailors do not shoot or eat albatrosses because they think it will bring bad luck, but in reality sailors regularly killed and ate them, as reported by James Cook in 1772.

Albatrosses were once hunted for their feathers, which were used to make hats.

The name albatross is derived from the Arabic al-câdous or al-ġaţţās (a pelican; literally, “the diver”), which travelled to English via the Portuguese form alcatraz (“gannet”), which is also the origin of the name of the former prison, Alcatraz.

When people are sad or feel they are carrying a burden, they may use the expression “to have an albatross around their neck.”

In golf, shooting three under par on a single hole has recently been termed scoring an “albatross”, as a continuation on the birdie and eagle theme.