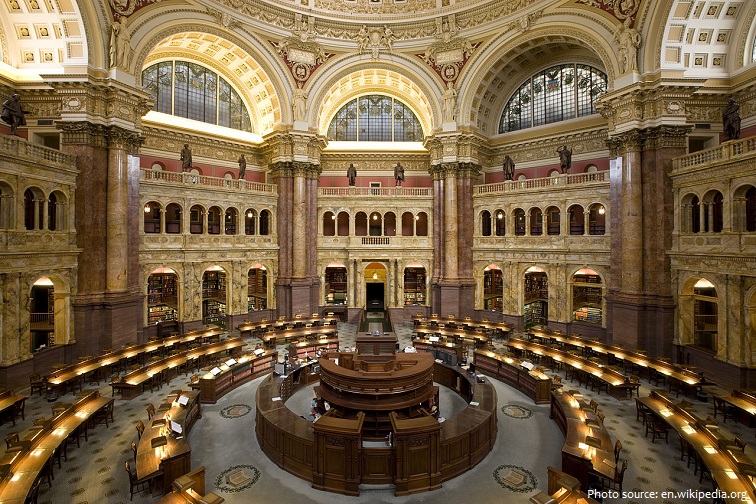 Established as a legislative library in 1800, it grew into a national institution in the nineteenth century, a product of American cultural nationalism.

The Library of Congress is the largest library in the world.

It is also the nation’s oldest federal cultural institution. 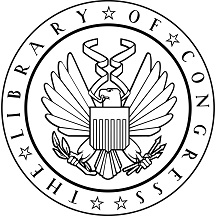 The Library is housed in three buildings on Capitol Hill in Washington. 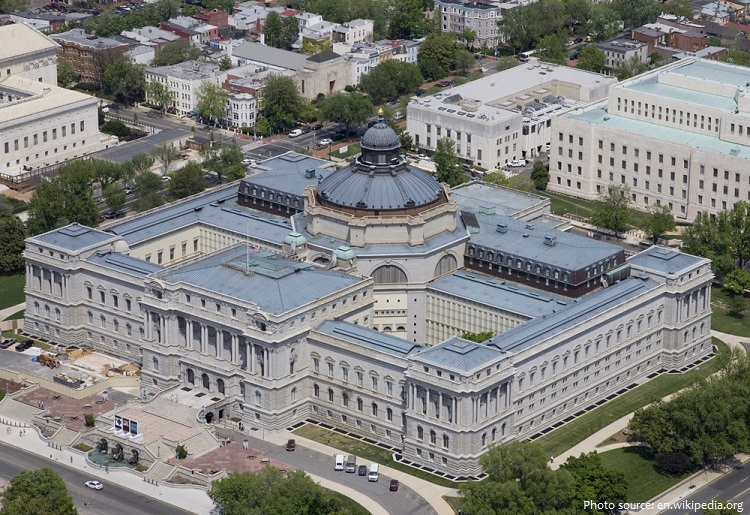 The John Adams Building, completed in 1939, received its current name in 1980 to honour the president who in 1800 signed the act of Congress establishing the library. The Adams Building was built in Art Deco style and faced with white Georgia marble. 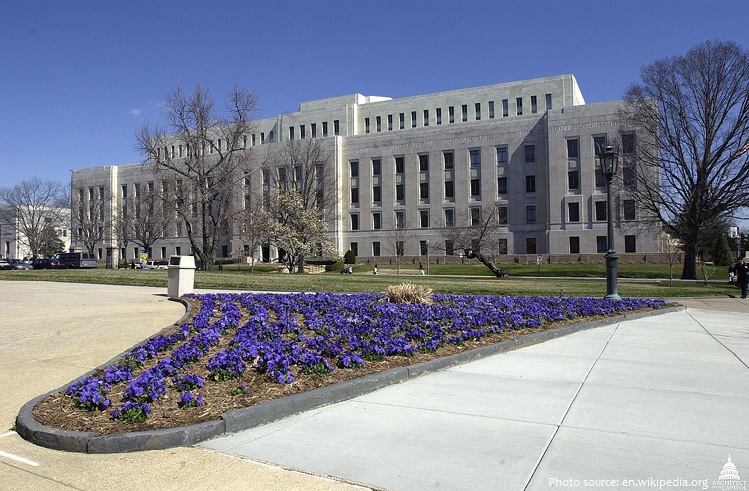 The James Madison Memorial Building, modern in style, was constructed from 1971 to 1976, and serves as the official memorial to President James Madison. 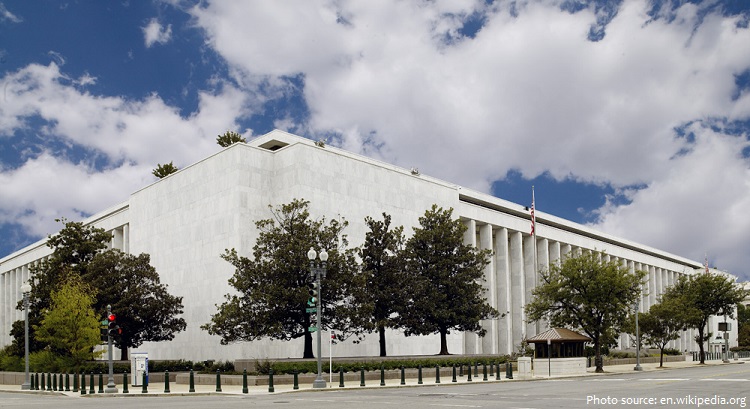 The library receives some 15,000 items each working day and adds approximately 12,000 items to the collections daily.

The collection reached more than 167 million items in 2018.

The library has approximately 1,349 kilometers (838 miles) of bookshelves. 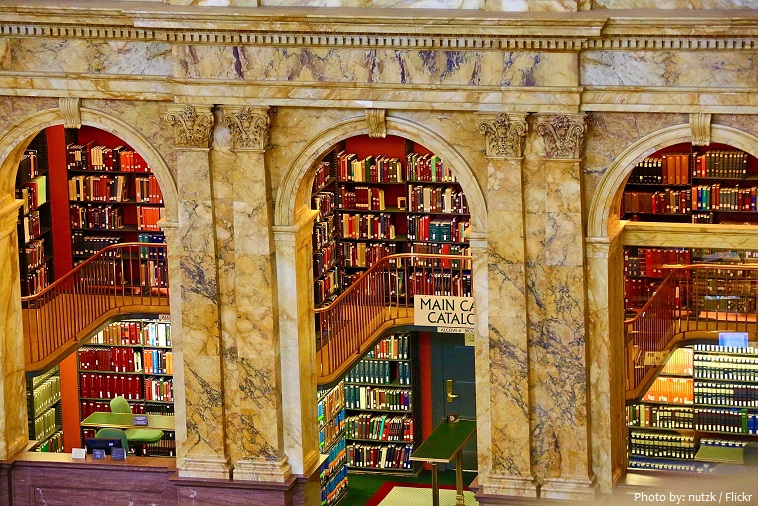 The largest book in the Library of Congress is a 152-by-213 centimeters (5-by-7 foot) book featuring color images of Bhutan.

One of the oldest examples of printing in the world – passages from a Buddhist sutra, or discourse, printed in 770 A.D.

Its “collections are universal, not limited by subject, format, or national boundary, and include research materials from all parts of the world and in more than 450 languages.” Approximately half of the library’s book and serial collections are in languages other than English. 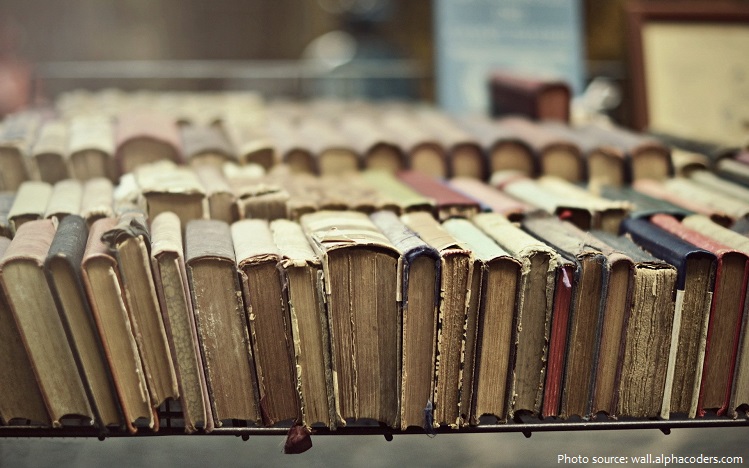 The library was founded in 1800 with $5,000 appropriated by Congress when the U.S. capital moved from Philadelphia, Pennsylvania, to Washington, D.C.

The Library of Congress has been shaped primarily by the philosophy and ideas of its principal founder, Thomas Jefferson, who believed that a democratic legislature needed information and ideas in all subjects to do its work. 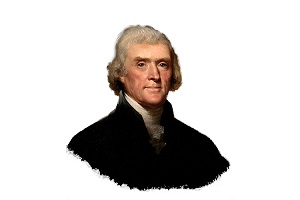 Most of the original collection had been destroyed by the British in 1814 during the War of 1812, and the library sought to restore its collection in 1815. They bought Thomas Jefferson’s entire personal collection of 6,487 books.

On Christmas Eve 1851, another fire destroyed two-thirds of the collection. Many of the volumes have since been replaced.

The Library received the right of transference of all copyrighted works to deposit two copies of books, maps, illustrations, and diagrams printed in the United States.

Library is open to everyone over high school age, and more than two million tourists visit it annually. 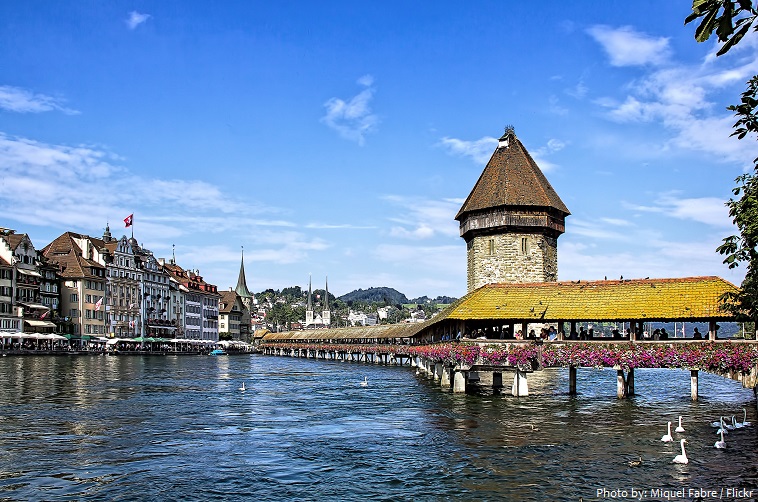